As the saying goes, “Though she be little, she is fierce.” For United States Supreme Court Justice Ruth Bader Ginsburg, this could not be more accurate. At 85, Ginsburg is a complete embodiment of that phrase. And for RBG filmmakers Betsy West and Julie Cohen, it was a no-brainer that Ginsburg deserved the spotlight on the big screen.

“Her life story is cinematic,” explained co-director Julie Cohen. “It has everything; it’s got obstacles, it’s got a heroine overcoming the odds, it’s got a beautiful love story, it’s got a message. She’s just perfectly deserving of full movie treatment and it just seems like how could you not turn her story into a film?”

After premiering at the Sundance Festival in January, RBG made its L.A. screening debut on Monday night at The London in West Hollywood. The documentary, co-produced by Storyville Films and CNN Films, tells the story of Ginsburg’s life and her rise to fame as a political icon, becoming the second woman in history to sit as an U.S. Supreme Court Justice.

Given the significance of her role, Cohen and West both felt was crucial to bring her largely unknown story to the attention of audiences. “Many women don’t understand what it was like in the 1960s and the ‘70s and what [she] did in the long history that women have had in fighting for equality,” said West. “In the 1970s, she played a pivotal role in winning gender equality, but the fight is not over. There’s more to be done.” 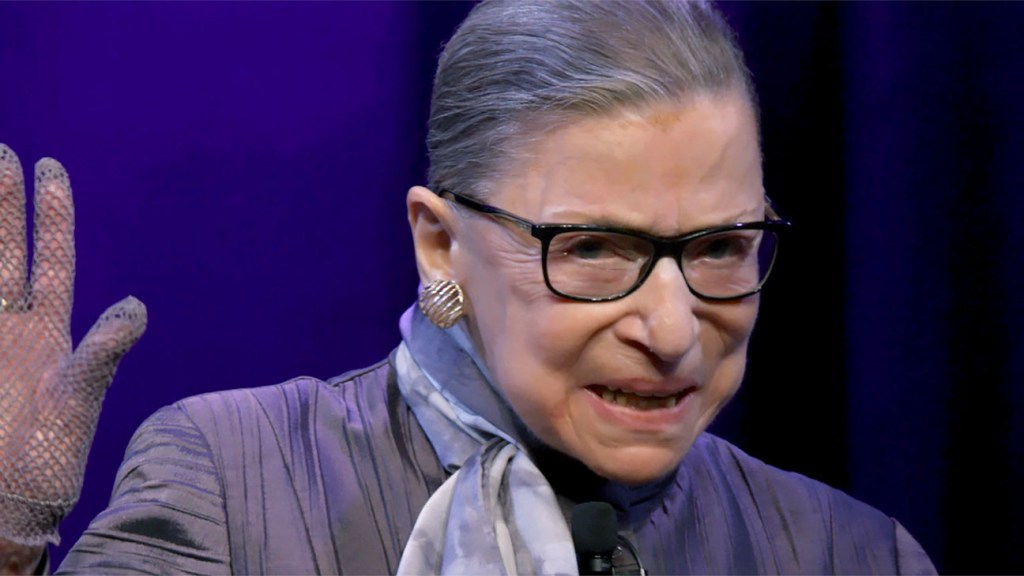 Added Cohen: “In a lot of ways, she’s really a role model for the next generation of activists. This has become clear over the past few months in particular — there’s a lot that needs to be changed, but it’s a good idea to think carefully, take a long view of how to make those changes, and not respond out of a visceral response and anger. She’s done that throughout her career, she’s done it really effectively and people who want to make change would do well to follow her example.”

West also touched upon Ginsburg’s style of resolving conflict. “I think women can learn a lot from her strategy,” said West. “She was very careful in how she attacked the problem and very deliberate and strategic. She didn’t lose her temper, she used her brain and she figured out how she could attack these laws.”

Ginsburg rose to fame through her involvement with several cases surrounding gender discrimination, all the while remaining a trailblazer in her own right and earning her the hiphop moniker of the “Notorious RBG.” She has become a voice for liberals and a foe of many conservatives, though she remains friendly even with the most right wing justices. And since bestowing the title upon her (given by an admiring NYU law student,) the “Notorious RBG” obsession has transformed into a sensation, from Internet memes to Saturday Night Live sketches to various paraphernalia — all of which makes her relatable to younger crowd.

“It was nothing that she could’ve predicted or expected,” explained West. “She had a choice: she could’ve shied away from it or she could’ve embraced it and had some fun with it. I think she understands it broadens her platform and allows her to get her message out to many more people.”

She went on to add: “I think in the past decade since her husband died, she’s become more outspoken, adopted some of his outgoing nature, and become more comfortable with it. She does public speaking, she makes jokes, she likes to do it. She’s game. It’s like, ‘Why not?'”

RBG will be in select theaters May 4.