Three years ago, Yalitza Aparicio had just completed her studies to be a preschool teacher in Tlaxiaco, Mexico. After a moving performance in Alfonso Cuarón’s Roma, she is a best actress Oscar nominee, capping an awards season filled with accolades. She also has brought a fresh spirit and unconventional beauty to the red carpet as the first indigenous woman to be nominated for a leading actress Academy Award and only the second Mexican after Salma Hayek (for 2002’s Frida).

Collaborating with her L.A.-based stylist, Sophie Lopez, the actress, 25, has made an indelible impression with looks from such major houses as Christian Dior, Miu Miu, Prada and Alberta Ferreti as well as the more offbeat Lela Rose, Delpozo and Prabal Gurung. The latter created the disco-fabulous sequined number that Aparicio wore to a pre-Golden Globes party. “I am so happy for future generations to have role models they can identify with — Yalitza is just that,” Gurung says. “She is changing what the face of Hollywood looks like.” 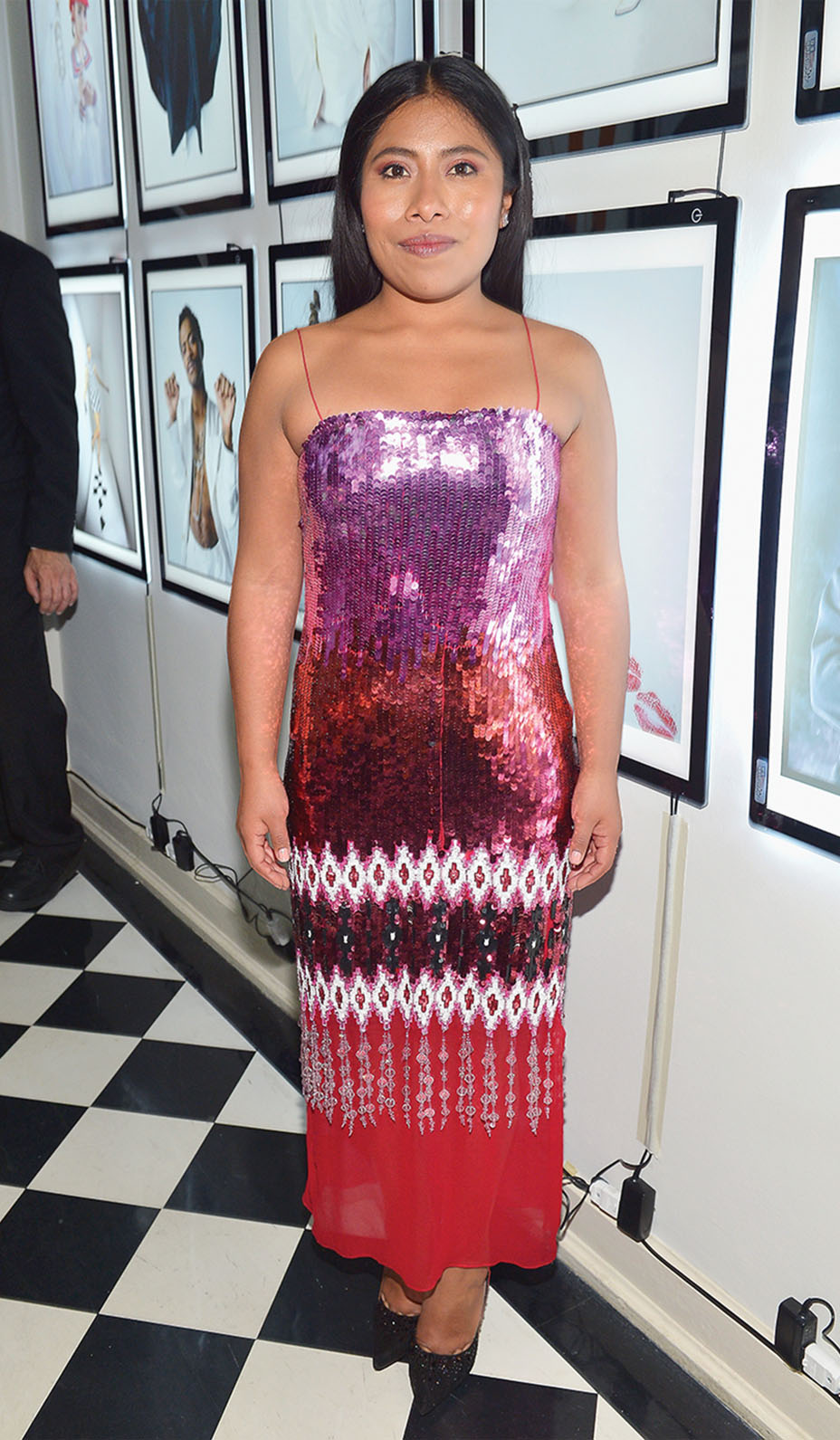 Dressing Aparicio and co-star Marina de Tavira has been a dream gig for Lopez, Colombian by birth, who reached out after hearing a friend at the Toronto Film Festival “rave about Roma,” she has said. Working with Aparicio since November, Lopez says she wasn’t saddled with directives from Netflix, but some fashion houses took convincing. “In the beginning, it was difficult, but I spent a lot of time telling people about her,” she says, until it became “the kind of story where they want to root for Yalitza.” 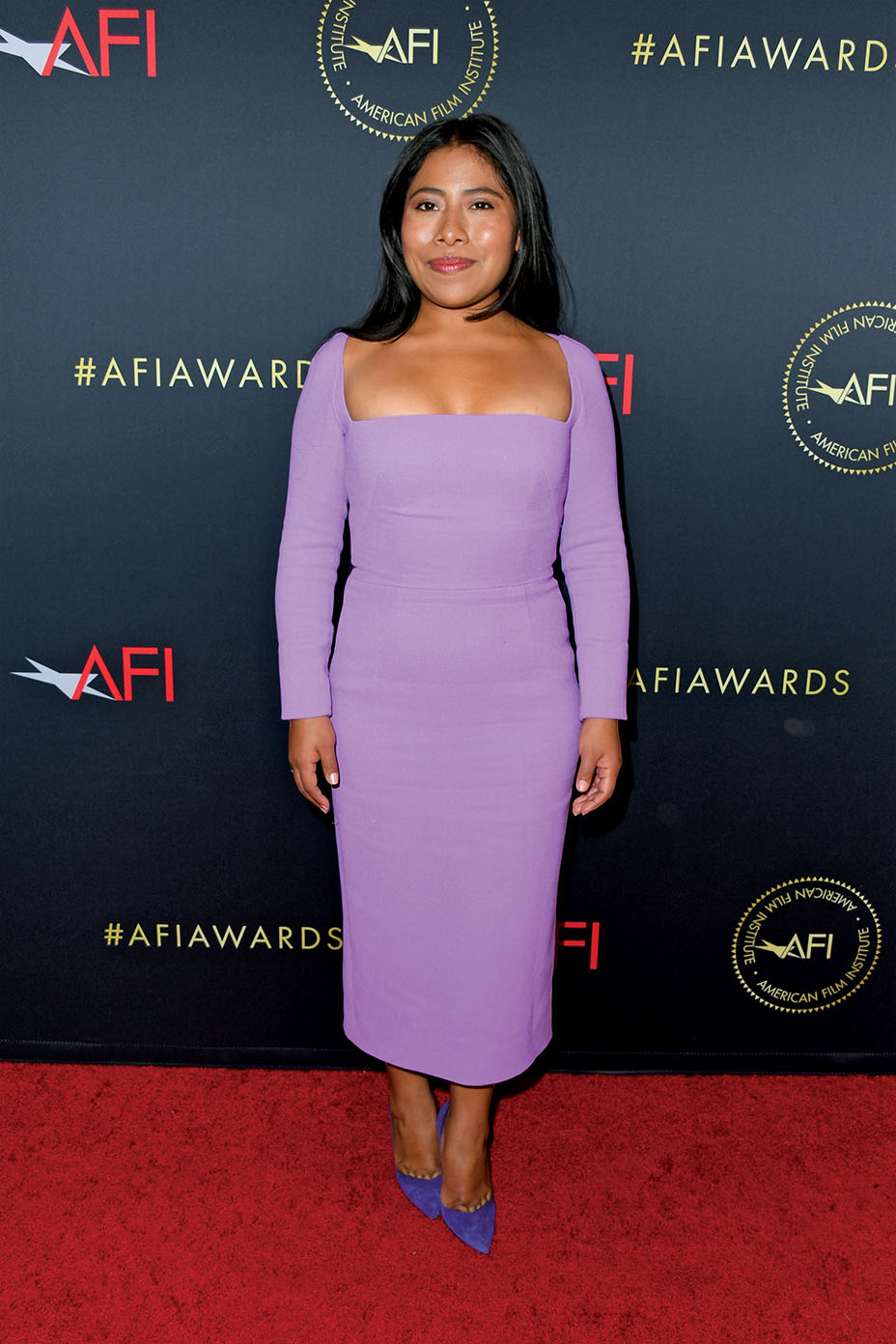 The actress, who stands less than 5 feet, “has this brilliant presence,” adds the stylist, and to flatter her stature, “it’s about proportions and a bit of tailoring here and there.” For the AFI Awards luncheon, Aparicio wore a lavender sheath with long sleeves and wide neckline by New York designer Lela Rose that the actress loved. At the Globes, Aparicio had “a princess moment” in a platinum gown from Miu Miu, accessorized with a diamond headband. She turned up the volume at the Oscar Nominees Luncheon in a lemon-yellow minidress with appliqued jewels from esteemed designer Miuccia Prada. 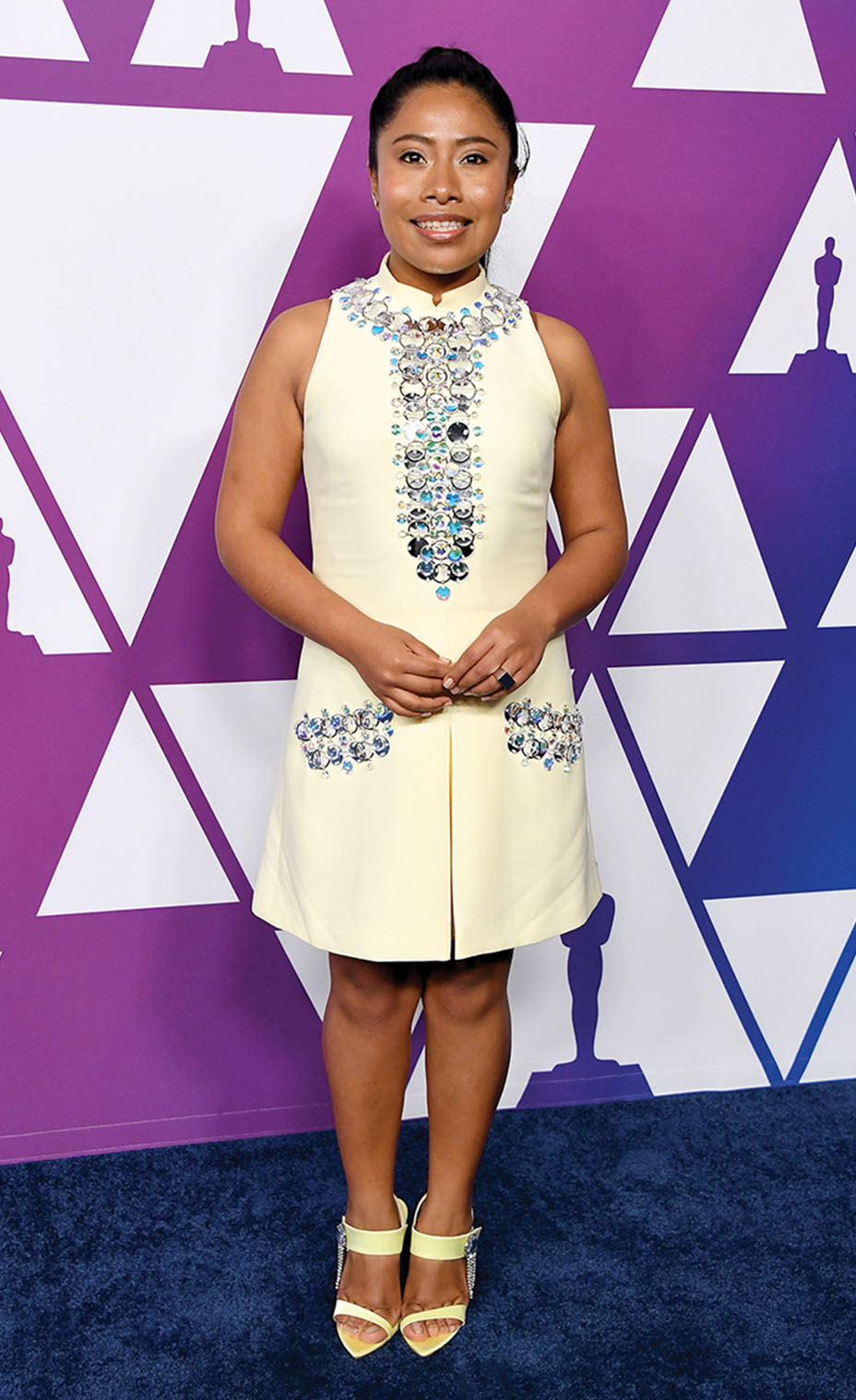 “It has a ’60s playfulness and felt ‘go-go.’ Yalitza loved it as soon as she saw it,” Lopez says. Aparicio has said the process has been overwhelming and “very fun because I sometimes can’t get why we’re putting certain things on me or combining certain colors. Then I’m taken aback by how great it looks.” As for the Big Night, Lopez and Aparicio are considering options: “It’s great that people want to dress her, but it’s an open book right now. It could go down to the wire.” 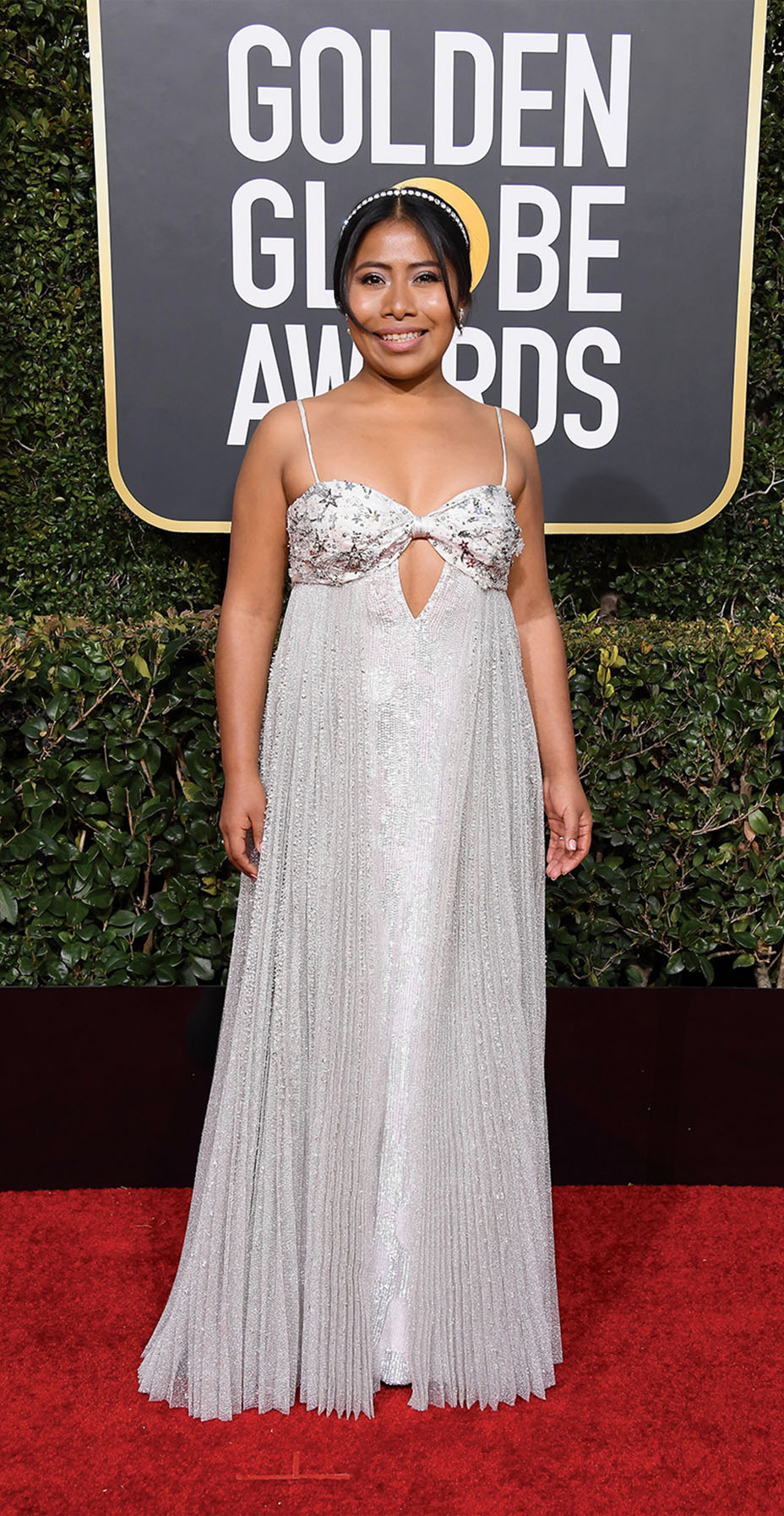 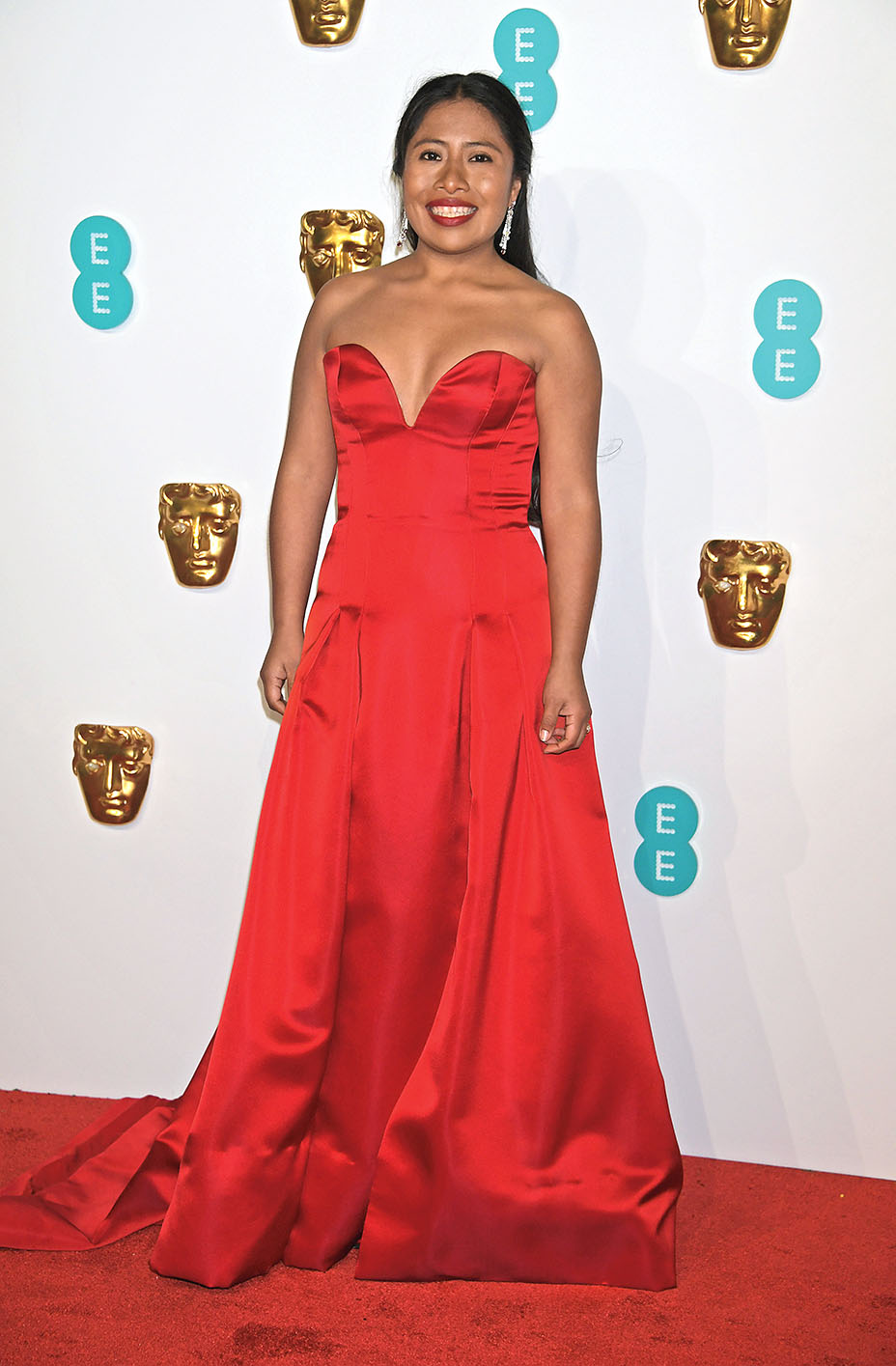