Regina King had just told her agent she wanted to take a break from playing “mom” characters when she heard that Barry Jenkins was looking to cast one for an upcoming project, an adaptation of James Baldwin’s 1974 novel If Beale Street Could Talk. The prospect of working with Moonlight‘s Oscar-winning director on a rare adaptation of an iconic black author’s work proved irresistible for the fan of Baldwin’s 1956 novel Giovanni’s Room — so King made an exception to her new no-moms rule: “It’s one of those, ‘Oh, my God, are you serious?’ moments,” says the 48-year-old star, a first-time Oscar nominee (and three-time Emmy winner). “It shows you how quickly you can eat your own words.”

What was your research process like for this role?

I was born in ’71, so my years where you’re creating your first memories, they’re in the ’70s. Although I was raised in Los Angeles, there was that same feeling about being black in America and raising a child during that time; there’s that sentiment that exists no matter where your Beale Street is.

Did you learn anything on Barry Jenkins’ set that you’re bringing with you to future projects?

Absolutely. One, just that you can never be too prepared as a director. Barry’s like a walking encyclopedia. He’s able to just retain anything that he reads or sees, and that was quite impressive, but he’s able to apply those things immediately and be able to articulate to his department heads very clearly the vision that he sees. It’s a gift every time you get to be around Barry because you walk away having learned something or been pointed in a direction for you to dig deeper or take a dive into something you knew about, but you didn’t know it that deep. 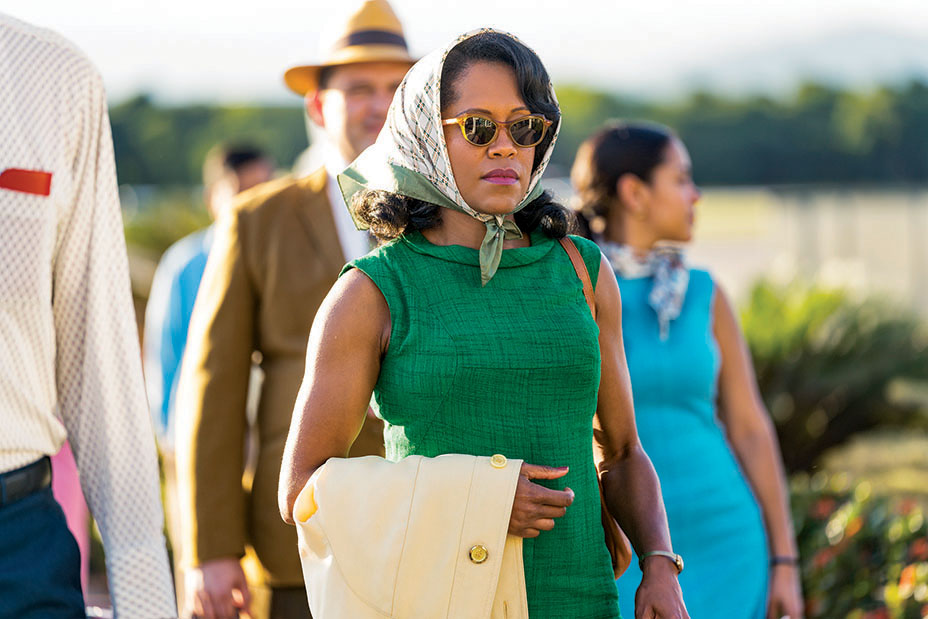 In your Golden Globes acceptance speech, you committed to having 50 percent women on every one of your productions. Have you begun that process?

My partner and I are closer to our next production, so we’ll get to see how close we get to parity. I quite honestly think the scales will probably be able to be tipped, and we’ll end up with like 55 percent [women]/45 percent [men]. I’m operating from that glass-half-full perspective. I was recently introduced to Women in Media and their crew list and already started going through résumés and getting familiar with female cinematographers and camera operators, in the sound department, grips. It’s exciting how many women have reached out to send in their résumés. I’ve been getting a lot of incoming.

Has anyone accepted your challenge to also have 50 percent women on their productions?

Not that I know of, but I have to believe that a seed has been planted.