Since its publication in 1985, Margaret Atwood’s The Handmaid’s Tale has become the unofficial benchmark for totalitarian dystopian fiction, especially following the novel’s adaptation into the critically acclaimed Hulu series.

With Atwood preparing to release The Testaments, a sequel to the novel, later this year, it’s no surprise that attention is turning once again to The Handmaid’s Tale in print, but the latest edition of the book is no mere reprint of Atwood’s original prose. Instead, Nan A. Talese is releasing a brand-new graphic novel version of the book, adapted and illustrated by Canadian artist Renee Nault, available in stores Tuesday.

Heat Vision talked to Nault about her work on the adaptation, and has a preview of the opening pages of the book to offer a taste of the latest incarnation of Gilead.

How did your involvement with the book come about?

Margaret’s Canadian publishers reached out to me with the idea of doing a graphic novel. I showed them some sample pages and character and costume designs, setting out my vision of what the world of The Handmaid’s Tale would look like.

The graphic novel follows another high-profile attempt to bring Atwood’s book to visual life, of course. Was there a temptation to pull any kind of visual information from the Hulu show, or maybe the exact opposite — a need to keep that as far away from you as possible while working on the book?

I began work on the graphic novel before the TV show had begun airing. I purposefully avoided watching it, since I knew I would be influenced by their designs and storytelling. Likewise, the 1990s movie.

Is the same true for the other adaptations of the book? There have been stage productions, for example. Did you make it a point to stay away from every other attempt to visualize Atwood’s novel?

Many years earlier I had watched the Danish opera of The Handmaid’s Tale, and I really loved it.

The Handmaid’s Tale is something that both feels perfectly suited to comic book interpretation through its genre — it’s science fiction; comics and sci-fi go well together, right? — and unusually resistant to it, because of the way in which Atwood’s story unfolds. Was this a concern as you headed into working on the title?

I think one of the reasons I was chosen as the artist may have been my non-literal style of storytelling and my interest in depicting the thought and feelings of the characters. I really enjoy the quiet, thoughtful moments of a story; there’s a lot of opportunity there to convey the characters’ state of mind through visual cues, both overt and subtle.

So what was the process like for adapting the book?

The first step was to create a script. I reread the novel several times, highlighting what I considered to be key passages. Since the novel is long, a lot had to be cut — I tried to shift and combine scenes to preserve the essence of the book. I also did a lot of sketching, trying to quickly rough out my ideas for the characters and designs.

The finished script reads more like a movie script than a comics script; I find that format conveys my ideas more clearly.

The Handmaid’s Tale as a whole is something that’s only seemed more and more prescient in recent years, depressingly. Did you find your relationship with the book changing as you watched the world change during the time you were working on it?

The political situation in the United States, especially surrounding the 2016 election, was profoundly troubling. In Canada, we get a lot of news coverage from the States, so it was a constant, unavoidable kind of background noise as I worked on the book. It made the story all the more horrible, but also gave it a sense of importance and urgency.

Atwood is famously about to release a sequel novel to the book this year. Could you see yourself wanting to adapt that, as well?

I think my style and approach were particularly suited to adapt The Handmaid’s Tale. I don’t know what the sequel will be like, so I’m not sure if I would be the right artist for it or not.

Like everyone else, I’m extremely excited to see a broader view of the world of Gilead. Since Offred is so isolated, her perspective of this world is tiny, like we’re seeing Gilead through a keyhole. I’m so curious about what the new book will add to our knowledge of that world.

If my work was well suited to that story, I’d love to return to this series and add to it. 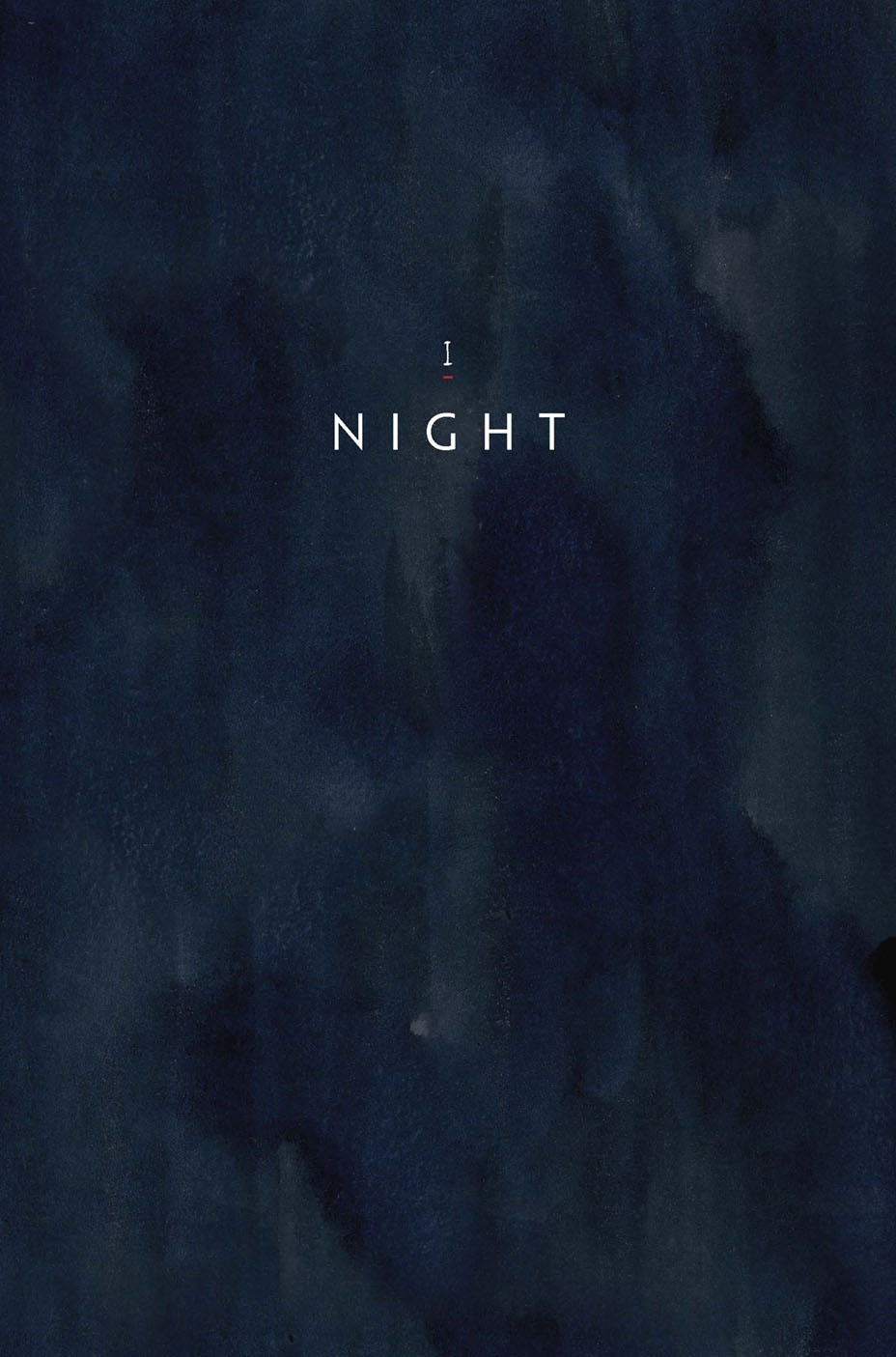 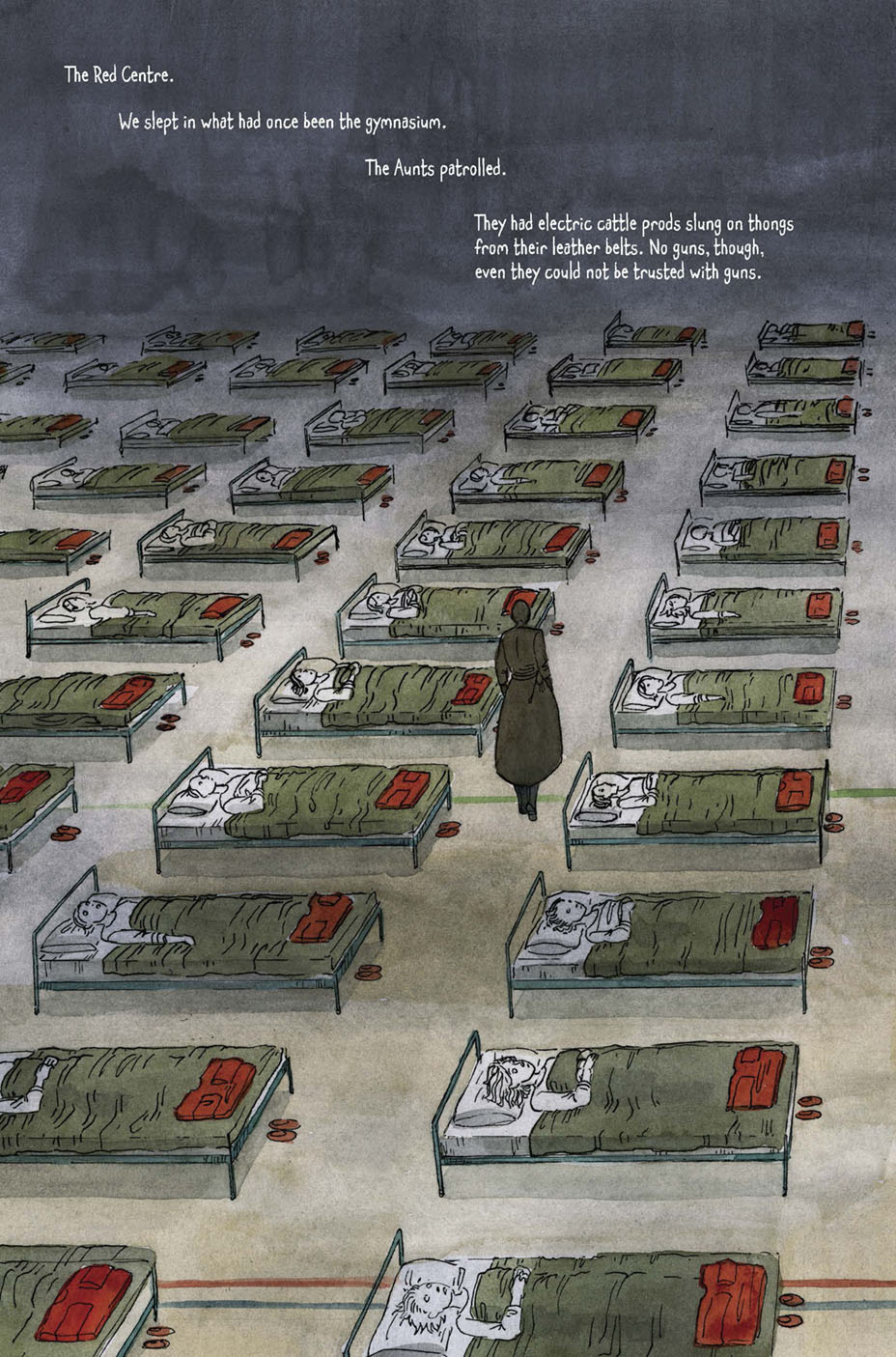 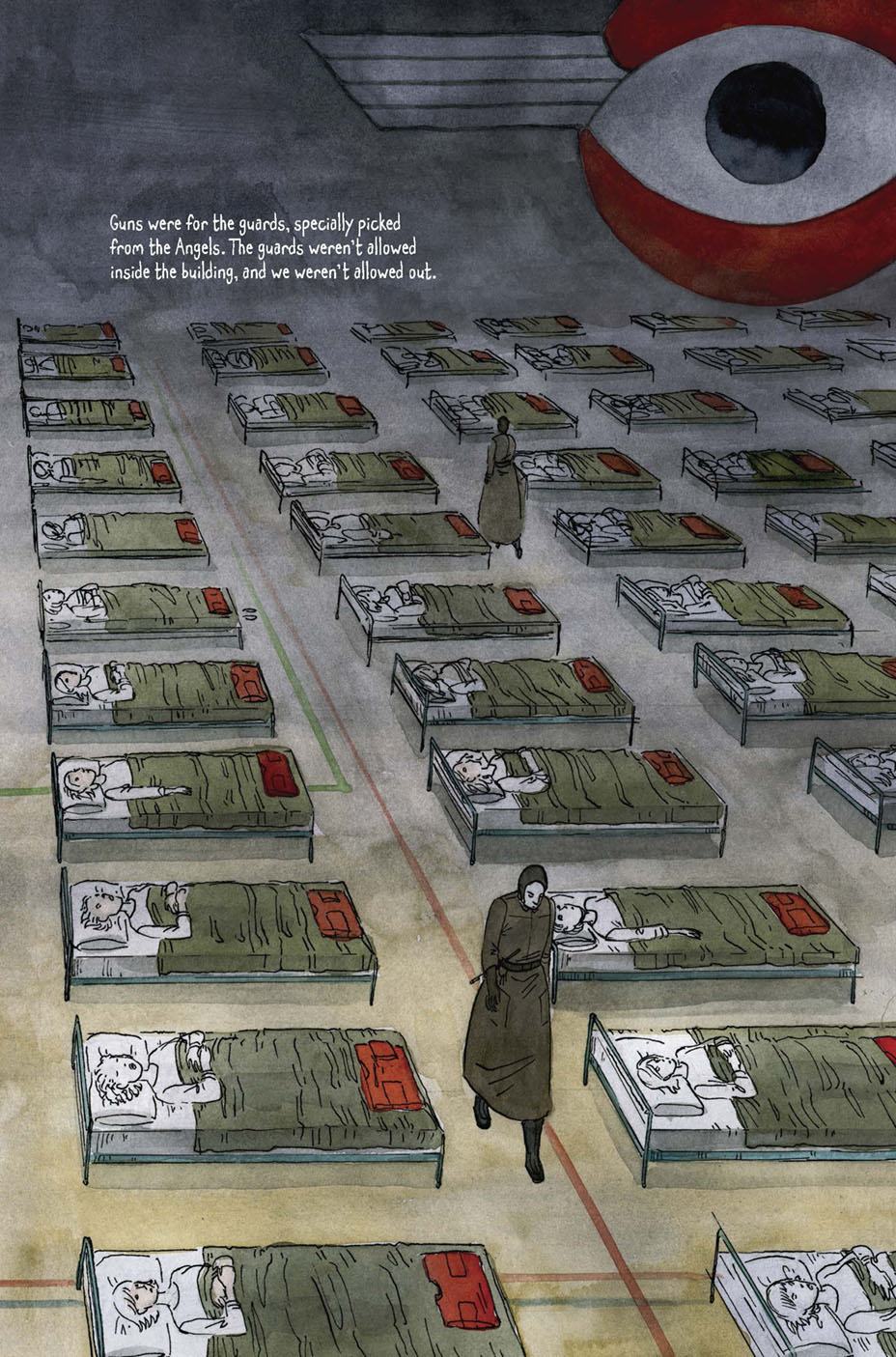 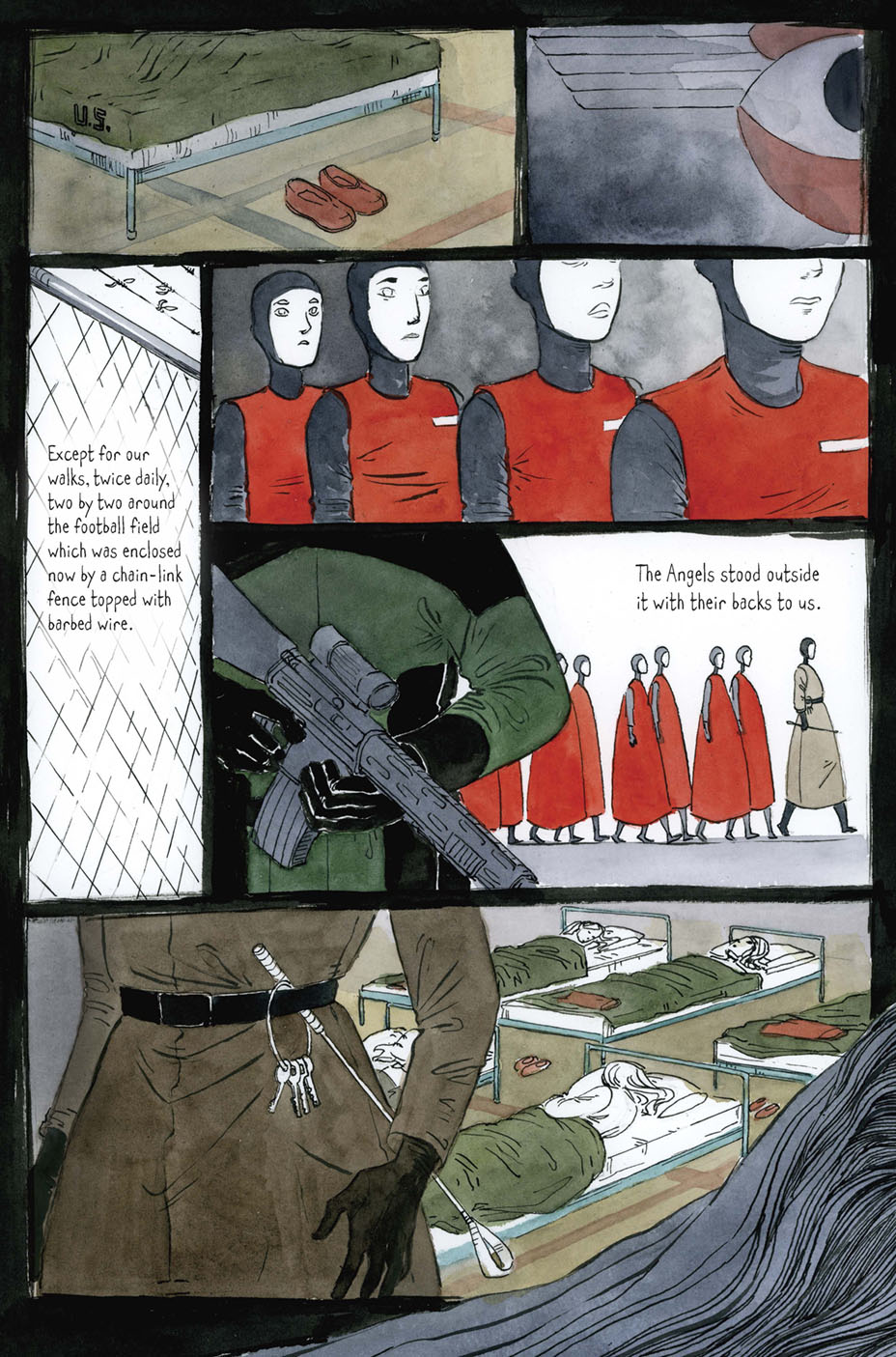 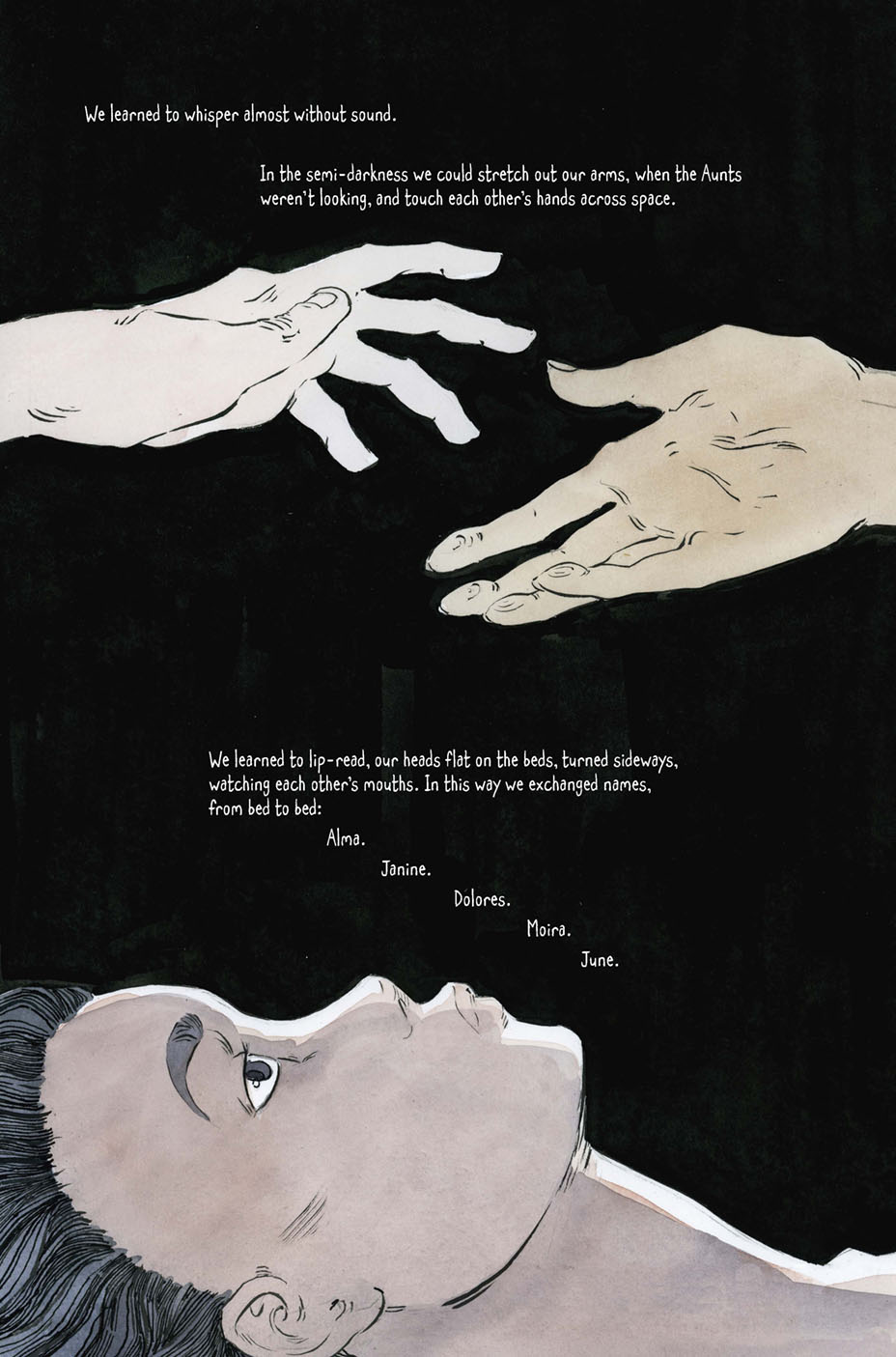