As Hollywood focuses on Clinton vs. Trump, Democrat Jesse Creed, a 31-year-old attorney in the Los Angeles office of Munger, Tolles & Olson, has Renee Zellweger’s attention on his March 7 L.A. City Council election.

So what sparked Creed’s desire to run for local office?

He told THR that had been working on a settlement agreement for the VA campus in West L.A. (his firm filed a suit in 2011 to restore housing for homeless veterans) when the idea came to him. “In that process, we did a lot of community engagement and outreach and I found it extremely inspiring,” Creed explains. “I also learned that there was a huge disconnect between what is happening in neighborhoods and at City Hall. People in the neighborhoods feel like City Hall is not listening, and that [representatives] could be more responsive, transparent and effective.”

His focus is a neighborhood-driven campaign in his Westside district, an expansive area that includes Westwood, Holmby Hills, Encino, Bel-Air, Palms, Fairfax, and Beverly Grove among other neighborhoods. Chief among his concerns are homelessness, traffic and improving quality of life in local neighborhoods. Those are issues that all citizens, including entertainment industry professionals, are concerned with. 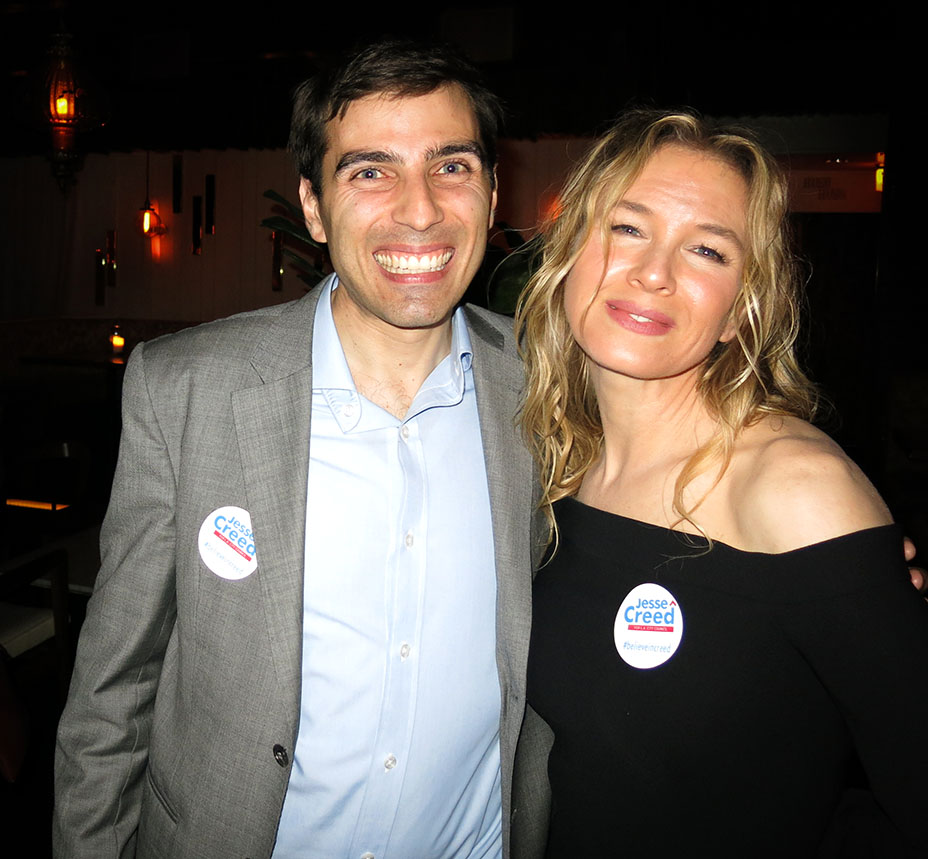 Issues aside, Creed said that he often bonds with voters over his life story. While living in Toronto, his once-successful family fell into bankruptcy, eventually losing their home and car in the recession of the ‘90s. They wound up moving to L.A. where they were each able to bounce back. “We all found opportunities to succeed in different ways,” explained Creed, who graduated from Palisades High School then transitioned to Princeton University followed by Columbia Law School. “We take nothing for granted.”

As for that other election that comes before his, Creed admitted that it’s been tough to see so much “hostility and tension at the national level.” That has resulted in a lack of substance, he said. “Of course, I’m a Democrat so I’m going to blame the other side,” he laughed.

There’s nothing funny about the conversation happening in local politics, he said, and he’s eager to get started. “No one disputes the crumbling of the infrastructure in our city,” he said. “People think L.A. deserves better. That’s the message in my campaign.”