Hollywood execs visiting the U.K. have a new spot to rest their jetlagged heads: a pillow embroidered with the smiling face of Saddam Hussein.

Independence Day director Roland Emmerich has put his London property up for short-term rent, and it’s fair to say the cavernous four-story, five-bedroom house — located on one of the most expensive roads in the uber-plush Knightsbridge district and now available for $10,700 a week — is a masterpiece of interior design, assuming guests like their decor with a heavy splash of political provocation.

Alongside Hussein — who also appears in several pictures and, more shockingly, beams from the wall in one of the showers — the place is liberally scattered with murals, paintings, busts and even soft furnishings featuring Mao, Lenin and Stalin, one room dominated by a giant piece of North Korean propaganda.

But if Middle Eastern dictators and Communist iconography aren’t enough to shock, senses can be put to the test elsewhere. 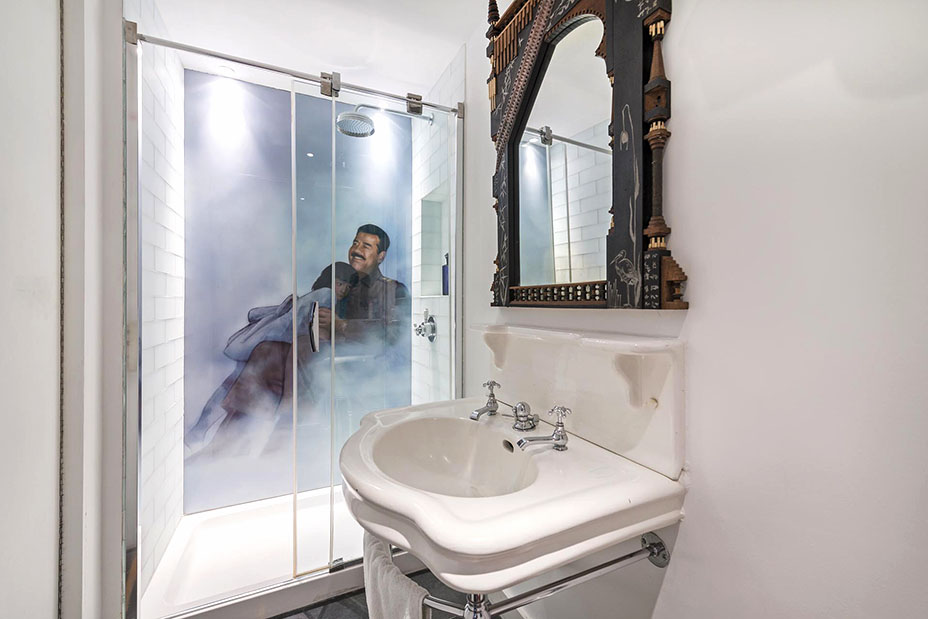 On THR‘s guided tour, several miniature diorama models were spotted, one showing the scene of Princess Diana’s 1997 car crash and another of the Abu Ghraib jail, complete with to-scale U.S. prisoner abuses (including the infamous pyramid of naked Iraqis). Or there’s the room covered in faked pictures of the royal family by artist Alison Jackson, including one of Queen Elizabeth sitting on the toilet reading a magazine about corgis. The macho military themed bedroom — featuring a blanket made from green U.S. Army-issue Y-fronts — could be considered tame it weren’t for the large metallic bedside clock shaped like a penis.

The WTF pièce de résistance, however, is arguably a life-sized waxwork of the late Pope John Paul II, hiding in a tiny room under the stairs and surrounded by copies of his own obituaries (for an added touch of genius, choral music goes off when the door is opened). 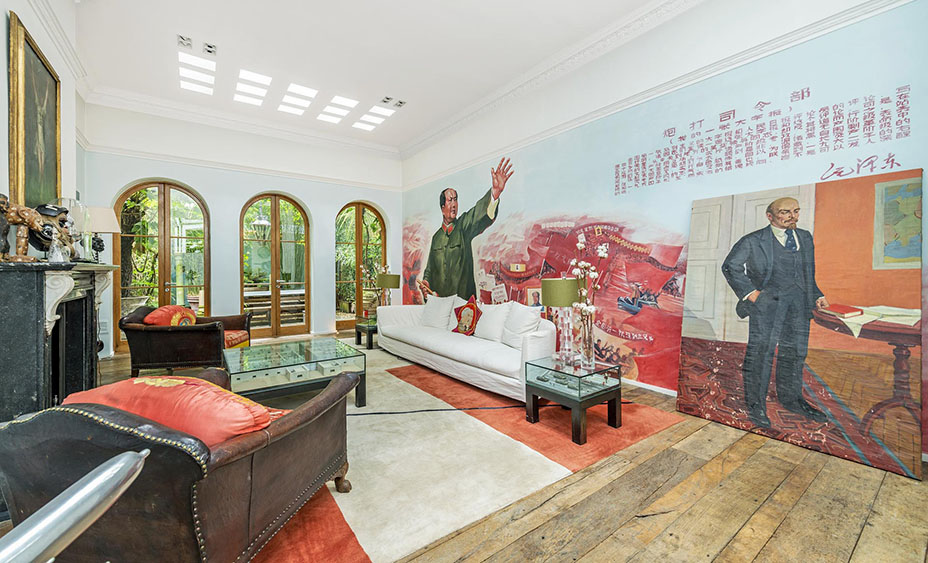 Emmerich bought the property in 2004 for just under $6 million, but on finding he’d acquired a pad in such an exclusive part of London, the filmmaker reportedly opted to give it a unique twist, telling his designer John Teall that he “just wanted it as non-frumpy as possible.”

Frumpy it definitely is not.

But while the place may only find fans in those of a certain colorful or comedic taste (and the Saddams have apparently ruled out Knightsbridge’s rich Gulf clientele), the real estate agent from Kinleigh Folkard & Hayward admitted that it wasn’t actually as shocking as it could have been: “We did take out some of the more offensive stuff.” 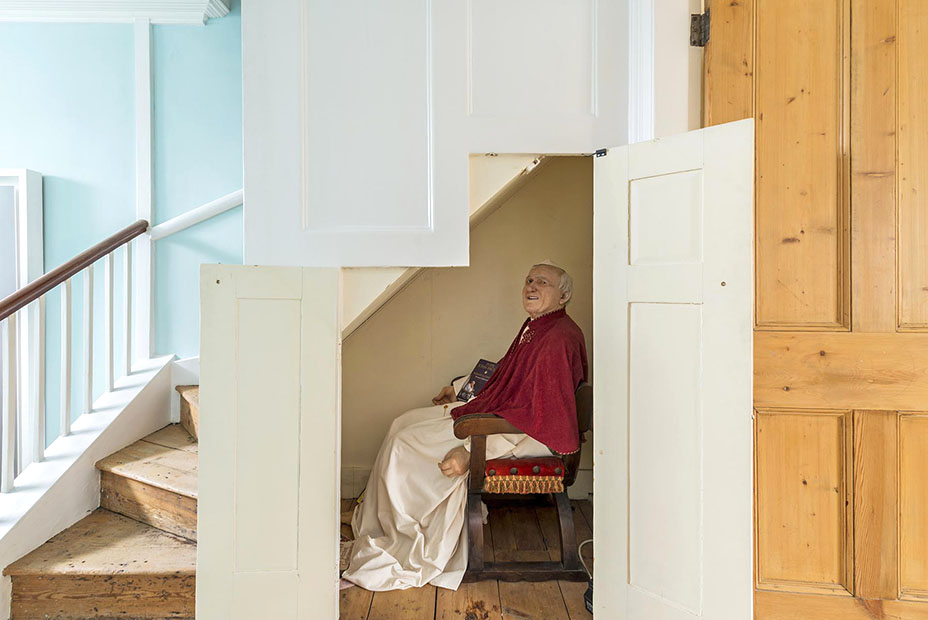