Filmmaker Brent Roske has tossed his hat into the race to be Iowa’s next governor and is bringing Richard Dreyfuss along for the ride.

Roske, 42, tells The Hollywood Reporter that the Oscar-winning actor is a friend and has offered his endorsement for the race. Roske, who is running as an independent, faces three others who have already declared their campaigns: Democrats Rich Leopold, Dr. Andy McGuire and Jon Neiderbach, according to local news station KCCI. Iowa Governor Terry Branstad currently is the longest-serving governor in the United States. Branstad is President Donald Trump’s pick to be the U.S. ambassador to China, and if he segues to the post, he’ll leave his seat wide open for the 2018 election.

In a statement delivered to THR on behalf of Roske, Dreyfuss confirms his choice for the top Iowa post. “The people of Iowa might look for years for a candidate as bright, committed, and independent in truth and behavior as Brent Roske. I have no doubt in the decency of Brent, in the fierceness of his desire to serve, and for his ability to be truly bi-partisan in his approach,” Dreyfuss said in the statement, which was confirmed by his management. “Brent Roske doesn’t have a petty bone in his body. He loves the idea of America — almost Jimmy Stewart in Mr. Smith Goes to Washington — and we’re going to need many more of his kind in the present and upcoming turmoil of the next few years.” 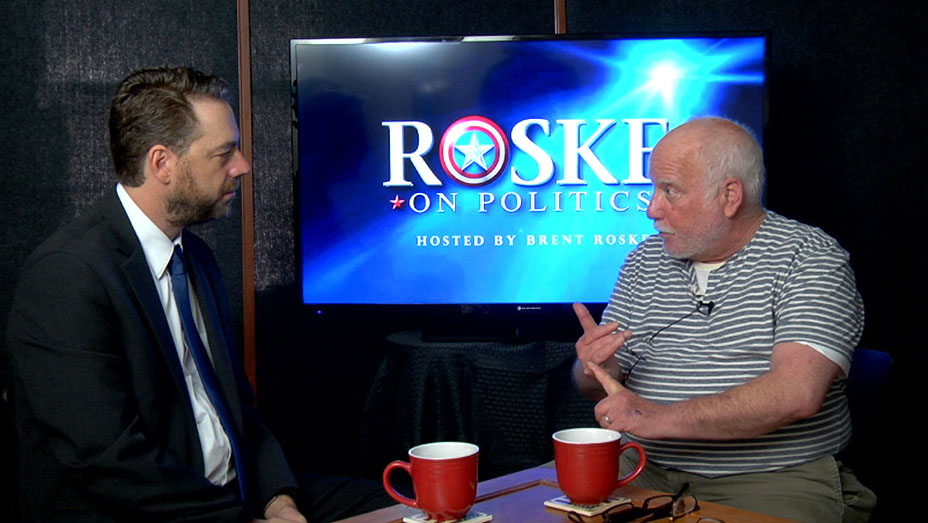 'The West Wing' Cast Reunites for Justice for Vets PSA

Dreyfuss has appeared as a guest on the Roske-hosted local program Roske on Politics (which aired on the ABC affiliate), and the two have known each other for years. “Before the last Iowa caucuses he came to my house in Des Moines and it was around that time when I got the idea of running for an Iowa office. Governor Branstad’s recent nomination for ambassador to China leaves an open seat, and the time for centrist, pragmatic politics has come.”

This isn’t Roske’s first run for public office. He previously ran for U.S. Congress in 2014, representing the state of California. As a director, Roske has nearly 20 credits on his IMDb résumé, many of which are TV episodes and short films. He has tested the feature film business with such outings as Fake the Joy, Don’t Fall Asleep and Wheatfield With Crows. He also helmed the politics-themed Courting Des Moines and Chasing the Hill, and directed members of the cast of The West Wing for a PSA for Justice for Vets.

Roske, born and raised in Minnesota, also served as creative director at NBCUniversal for a decade. He moved to Des Moines three years ago and currently lives in a home near the Iowa Capitol in downtown Des Moines.