As a seven-time Oscar winner for makeup and hairstyling — not to mention his work as a special effects supervisor and creature designer for movies including An American Werewolf in London, Videodrome, Men in Black and many, many more — Baker is a respected source when it comes to producing entertainment that is suitably horrifying. But for his latest project, Baker is teaming up with another well-known pop culture name that’s no stranger to freaking people out: DC Entertainment’s Joker.

The special makeup effects artist has partnered with DC Collectibles to create a limited-edition bust of the Batman villain, to be released in October. Baker designed, sculpted and painted the bust, with only 200 of the 1:1 scale busts being made.

“When DC Collectibles approached me about this project, I told them I was interested, but wanted complete control of the design,” says Baker. “I figured they wouldn’t go for it, but to my surprise, they said, ‘OK.’ I insisted that I would need a proper amount of time to create the bust and their answer was, ‘Take whatever time you need.’ I asked if I could choose the character and they said, ‘Fine.’ I told them I wanted to make a version of the Joker that’s never been done before,’ and they replied, ‘Sounds great.’ I then said, ‘You guys are just too difficult,’ and left. [Laughs] Seriously though, I didn’t expect DC Collectibles to keep their promises, but they did. I had a blast sculpting my version of the Joker and exploring his twisted and demented personality.”

Jim Fletcher, executive director of DC Collectibles, adds, “DC Collectibles is always seeking out interesting artists from different industries to bring their unique art styles to DC’s popular characters, and we are thrilled to partner with Rick Baker on this sculpture. From the disturbing eyes to the sinister smile, Rick did a masterful job capturing the Joker’s psychotic demeanor.”

Each bust will be individually numbered and released through DC Gallery, the high-end collectibles line that launched last year with the Wonder Woman Prop and Tiara bracelet set and light-up Batsignal. Future DC Gallery releases this year include a life-size Joker cane and a replica of Two-Face’s scarred coin. 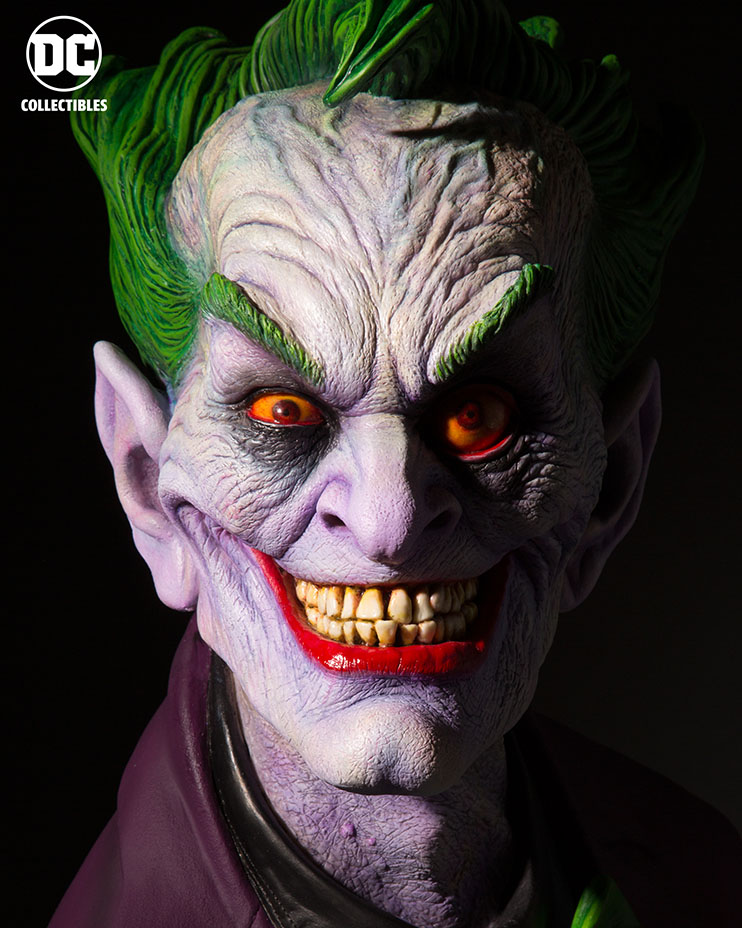 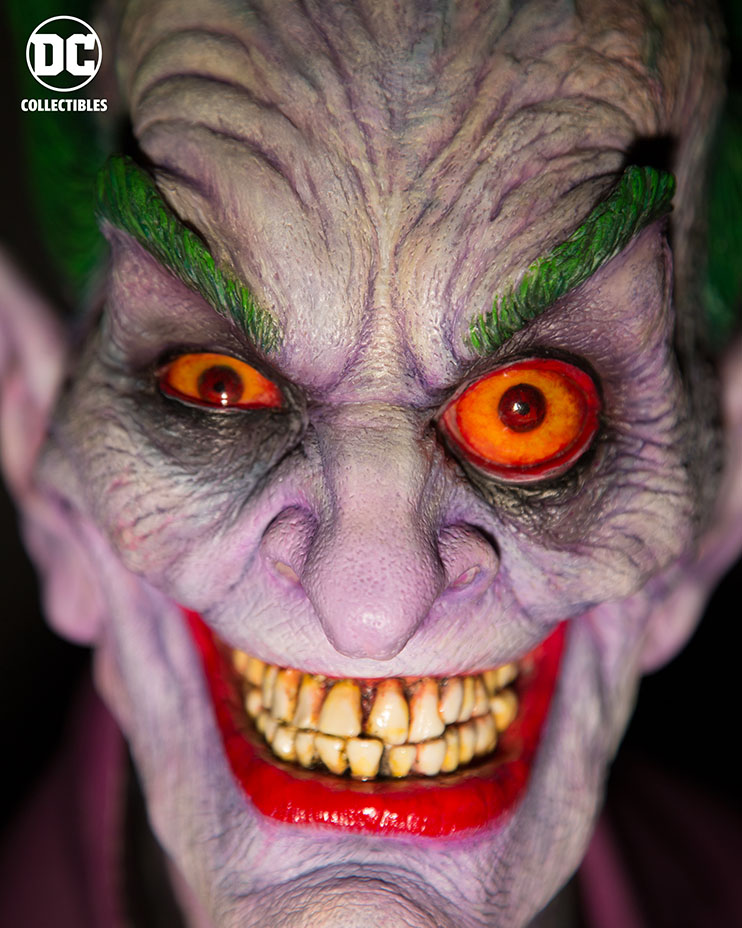 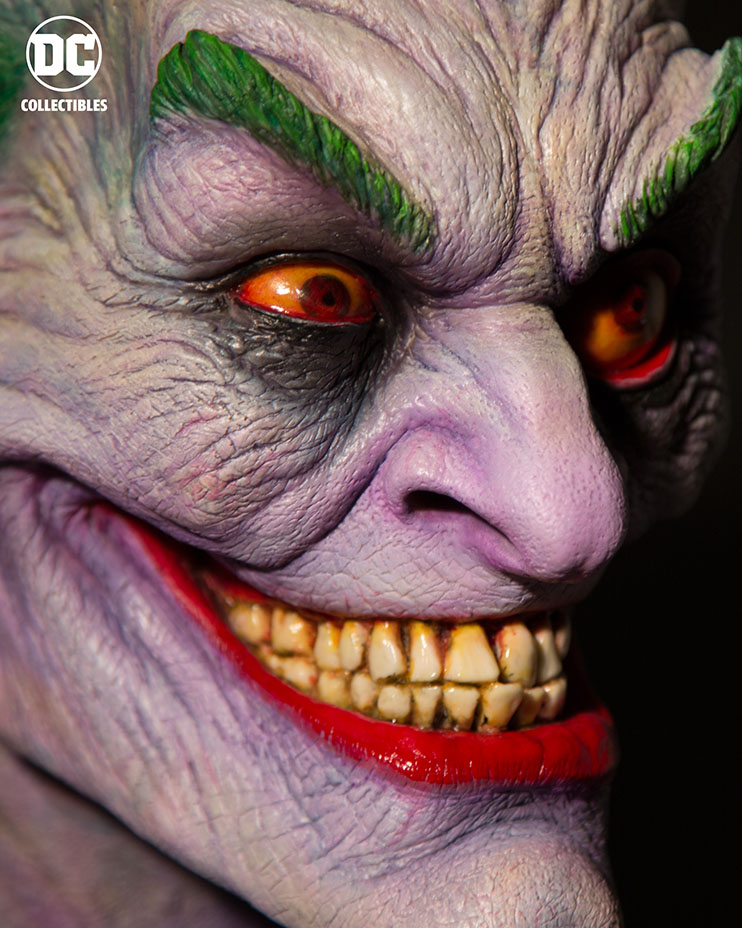 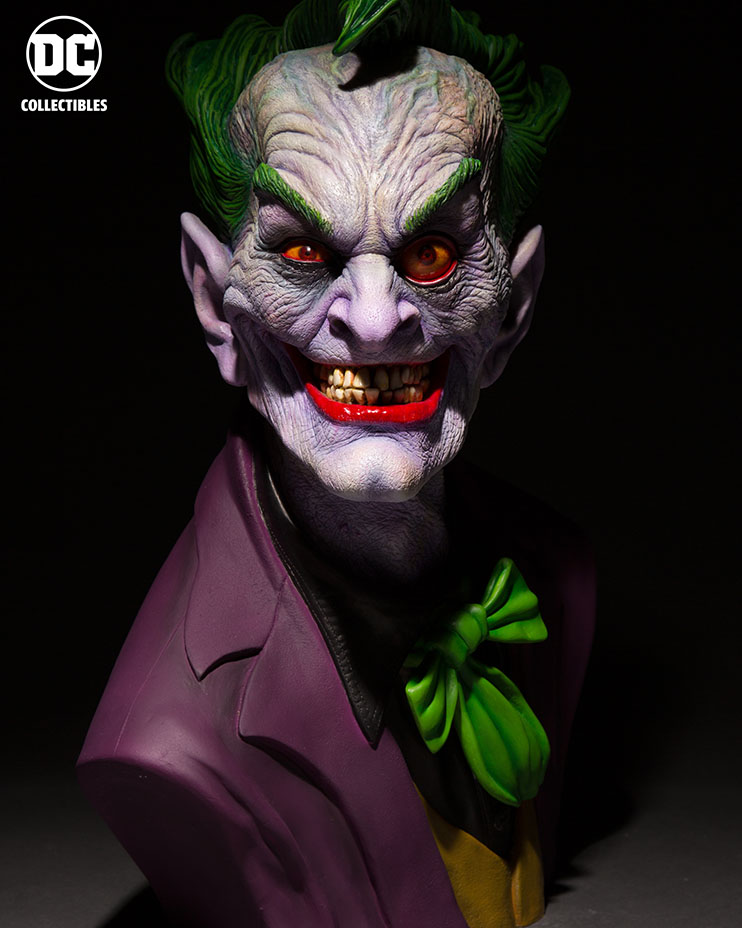 The Joker by Rick Baker bust will be available for pre-order starting at 12:30 PT Thursday.