There were plenty of hints that Thursday night’s Palisades Village opening would be quite a spectacle. The first arrived in the mail.

“Rick J. Caruso invites you the opening gala for Palisades Village by Caruso … Special performance by John Legend,” read the official invite, which came nestled at the top of a luxe (and heavy) blue box that also contained a commemorative Pacific Palisades-focused book, aptly titled Where the Stars Meet the Sea. The A-list names of host committee members — such as Brian Grazer, Charlize Theron, Billy Crystal, Jennifer Meyer, Jon M. Chu, Maria Shriver and Tamara Mellon — were printed in gold foil on the invite above a notice of night’s black-tie dress code. More clues. 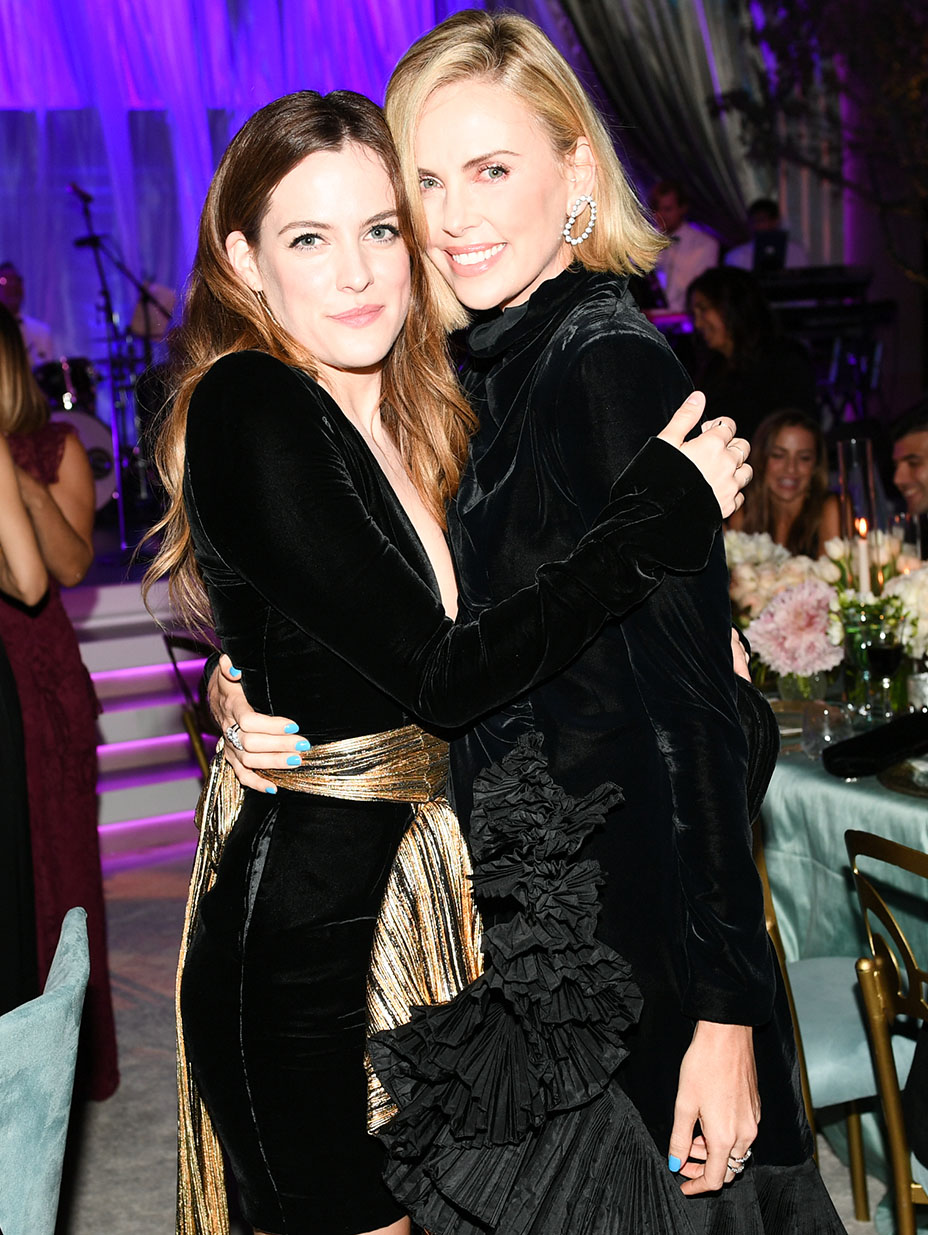 But perhaps nothing signaled what a night Sept. 20 would be more than what guests saw when they turned onto Swarthmore Avenue from Sunset Boulevard and moved toward the gala check-in to get the first real glimpse at the Caruso Group’s specially curated retail, dining and residential village: A red carpet covered the entire block of the street, from sidewalk to sidewalk. Not just the area where media and photographers were holding court ahead of the 6:30 p.m. start time, but the actual street where neighbors were gathering to soak in the starry — and Westside-heavy — crowd.

I’ve seen a few red carpets over the years but Palisades Village opening tonight has a red carpet on the STREET. Tonight is pretty major. And black tie. pic.twitter.com/SYiIhOctG8

Inside proved to be just as eye-catching.

The scene could’ve doubled for an awards show as there were designer gowns and jewels galore, a sea of tuxedo-clad men and newly minted EGOT champion Legend, fresh from Monday’s Emmys. It’s clear that no expense was spared in presenting Caruso’s years-in-the-making Palisades Village to the invite-only guest list. Attendees didn’t even have to pay to get there, as they were offered $500 in Uber credits to ensure an easy and chic arrival courtesy of black SUVs.

The glamorous setting somehow managed to come together just in time for the opening, same for glamorous guests.

Most glamorous opening on the Westside … ever? Black-tie Palisades Village opening in Pacific Palisades. pic.twitter.com/zBRGpGSck7

“I was here an hour ago and ran home and whipped it together,” explained Jennifer Meyer, who is opening her first-ever store location in the center. “I might sleep in my store because I have to be here at 6:30 in the morning to get everything ready. There might be a few little pieces of tape here and there, but it will be open on Saturday morning.”

And she couldn’t be more thrilled. “I was born and raised in Malibu, and I live in Brentwood with my family. [The Palisades] is the perfect happy medium,” she told The Hollywood Reporter. “This was a patch of dirt before and the most incredible idea. This place feels like family, and that is because of Rick Caruso. You feel like you’re part of a family when you’re a part of this Rick Caruso world. I’m going to try and get a job here and be here all day. I might never leave the Westside now.” (Scooter Braun also joked that he’ll be spending a lot of time there, too, telling THR: “I’m very excited to shop for my wife often at Jen Meyer’s store.”) 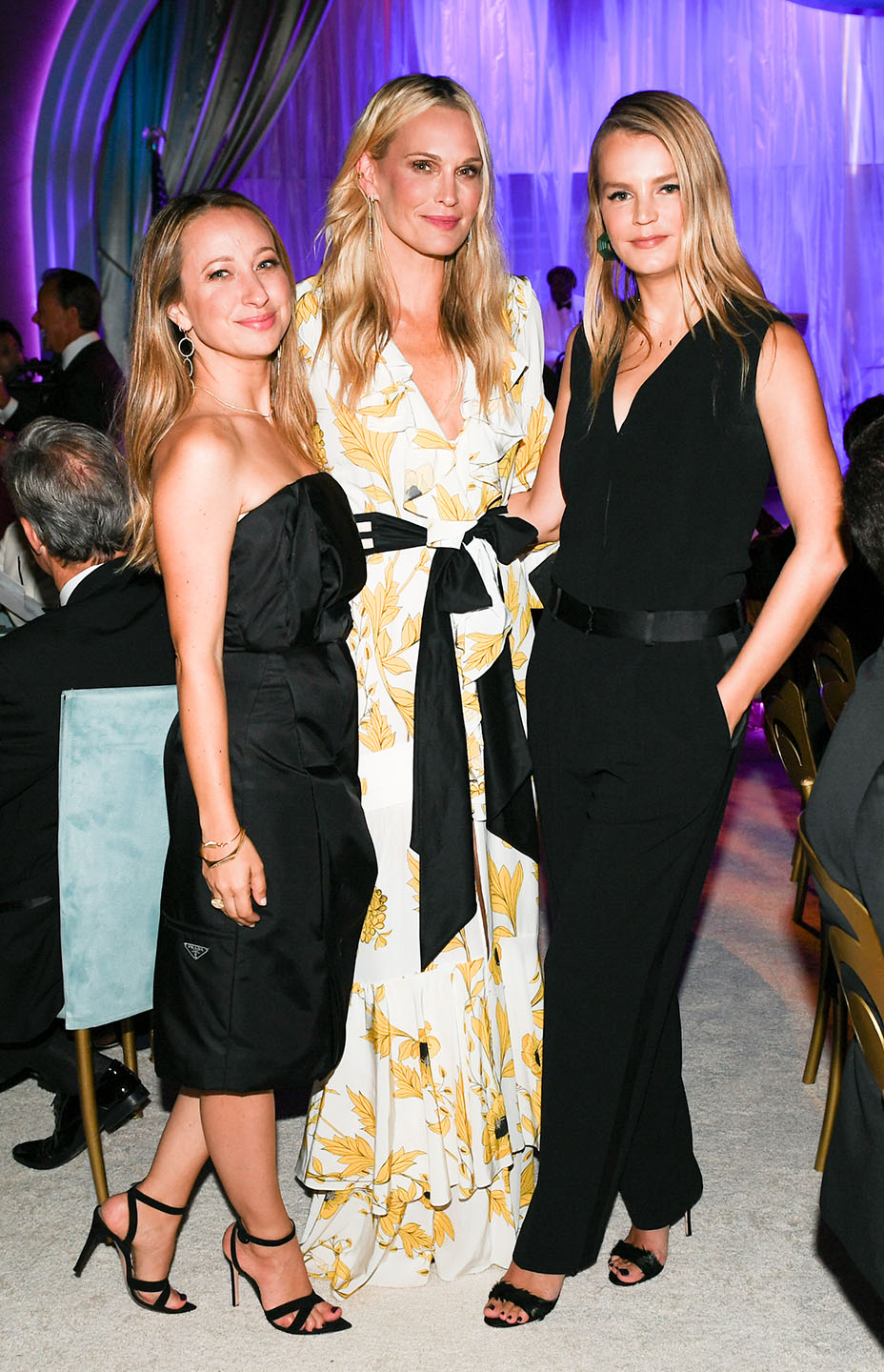 Marissa and Matt Hermer, who are opening their first U.S. restaurant location with The Draycott in Palisades Village, also managed to make it home in time to change and shake off all the stress … and dust. “The truth is, an hour and a half ago Matt and I were sweating and under dust and loading dishes, so it’s surreal and very hard to believe that this is all happening,” Marissa told THR. “We’re hanging up our hard hats for the night.” Joked Matt: “It’s amazing what makeup does these days.”

Khalil Rafati, who is opening a Sunlife Organics spot there as well, said that the black-tie dress code was perfectly fitting for the occasion. “Palisades Village is by far the sexiest retail village in the country. I wouldn’t wear a suit for anybody, let alone a tuxedo, but out of respect for Rick, I would gladly wear this.” 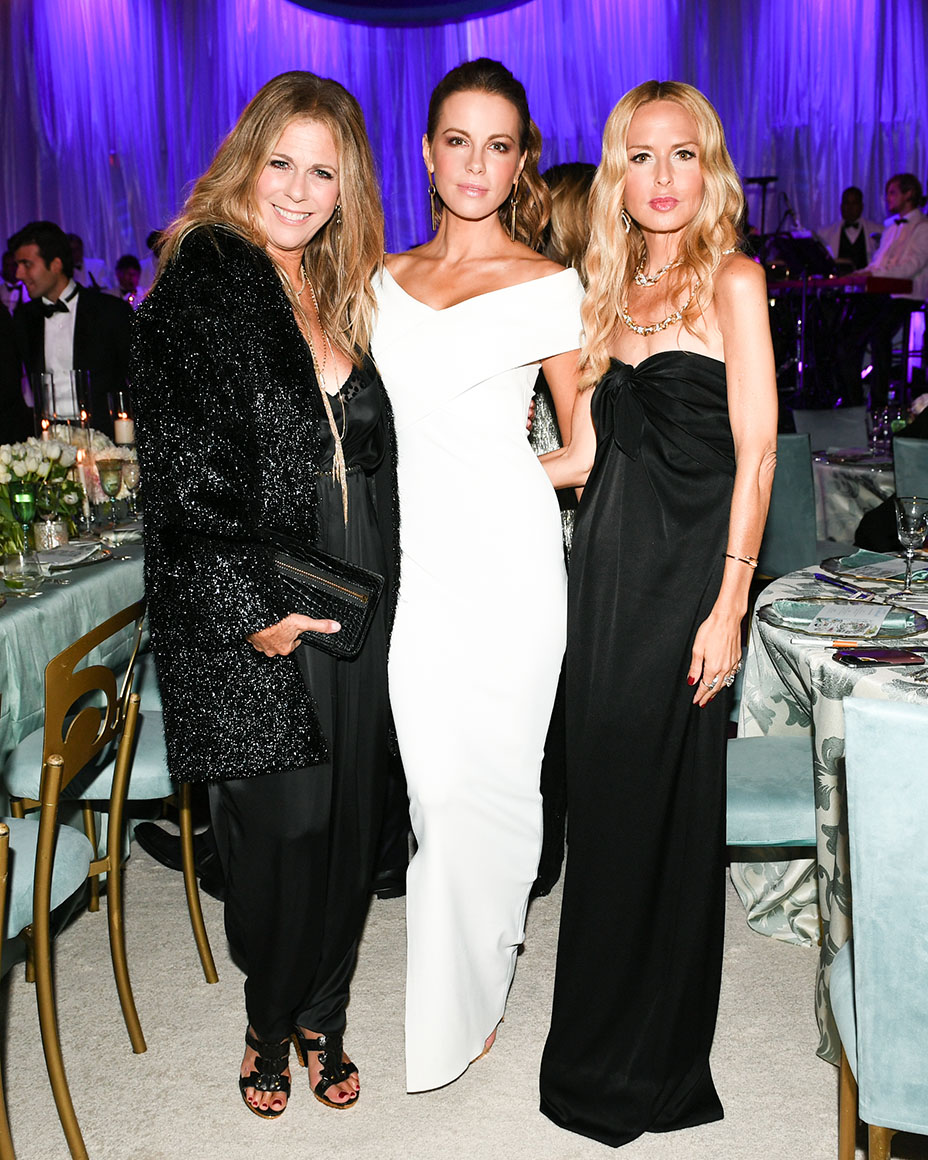 The evening kicked off with a garden cocktail reception and a musical performance by the Martini Kings. Guests then made their way past stores including Chanel Beaute, A.L.C., Towne by Elyse Walker, Sephora Studio, Cuyana, Anine Bing and Rachel Zoe’s new boutique to an open area in front of the new movie theater for the night’s gala dinner. The entire scene resembled a Club Caruso of sorts with a stage featuring a “Caruso” neon sign.

Elegant openings are nothing new in Hollywood, but this night would stand out for other reasons. Specifically, the evening began with a rendition of the national anthem by Katherine Ho, a USC student and vocalist on the Crazy Rich Asians soundtrack, followed by prayers and religious blessings from both a rabbi and a priest.

“Mr. Caruso, you are a number one mensch,” said the rabbi, to generous laughter. “Every Palisadian should feel very lucky and blessed that you chose to develop our town center. You are the continuation of the known statement, ‘If you are rich, you live in Beverly Hills, if you are famous you live in Malibu, and if you are lucky and you are blessed, you live in Pacific Palisades.'”

The pastor thanked Caruso as well, and offered his take that God was a part of the planning and creation of the Palisades Village. It seemed that the dinner service needed a watchful eye as some guests were overheard complaining about the delayed service of the menu, which featured catering by Wolfgang Puck. The main course — a surf and turf featuring filet mignon and shrimp scampi — was not served until 9:30 p.m. after several appearances by the night’s master of ceremonies Kevin Nealon.

“We’ll be done eating dinner at two in the morning,” quipped Nealon, who also noted the elaborate nature of the festivities. “How crazy was that invitation. I’ve never gotten an invitation that elaborate. I think he needed a building permit [for it.]”

Caruso also displayed a knack for comedy upon taking the stage just as the clock struck 10 p.m. He first made light of the neon sign above the stage when he said, “The sign did come from my bedroom. My wife likes it and we do have four kids. That’s all I gotta say.”

He then pivoted toward gratitude by thanking his entire Caruso team, politicians including Mayor Eric Garcetti, council member Mike Bonin, Palisades city officials and staff. But he saved his most generous thank yous for the Palisades community and recounted a bit of the backstory of making this project a reality. “The first meeting we had was five hours with 900 people,” he said. “[We] stood there, listened to what they wanted and what they didn’t want. There was clarity.”

To make sure that happened, Caruso detailed some of the crazy behind-the-scenes numbers. Over the last couple of weeks, there were 600 people working at the site “almost around the clock.” Other stats: 102 architects, engineers and designers; 3,000 construction jobs working 2 million hours; 3,000 cubic yards of concrete; 120 cubic yards of soil; 98 percent of demolition waste that was recycled; 45 tenants; about 1,000 permanent jobs; eight first-time brick-and mortar-tenants; 20 women-owned businesses; and 77 different tree and plant species.”

He also paid special notice to one special feature of the Village — a 9-foot-tall, 1,000-pound. sculpture called Steadfast. He found the sculptor during a scouting trip to Greenwich, Connecticut, and requested an original piece that featured a nondescript person with a hand covering their heart. “Steadfast will be standing there in appreciation of this community for what you all represent,” explained Caruso, who also spoke passionately about the movie theater’s marquee and a flag that will be planted in a special area of the Village to line up with a community flag across the way.

Caruso then expressed his appreciation to a long list of individuals who had been working hard on the Village by doling out a series of awards called the Steadfast Awards. Those honors included Caruso Group employees, architects and even a guy named Vinnie who pours concrete. “We are a grateful family and we are a grateful company. Tonight is a very special night in the history of our family because we are surrounded by people we care about and love and admire,” he concluded.

Speaking of those people, the evening’s festivities continued with an energetic performance by Legend. But the night was far from over. Caruso teased a party after the party, but before guests could make their way out, Jason McGee and The Choir performed just as fireworks lit up the sky above the destination, which officially opens to the public Saturday. If Thursday is any indication, that, too, will be a sight to be seen.

Last words are best left with Palisades Mayor Billy Crystal, who raised a toast during the evening to Caruso: “Thank you for the present and the future of the Pacific Palisades. Long may it all live.” 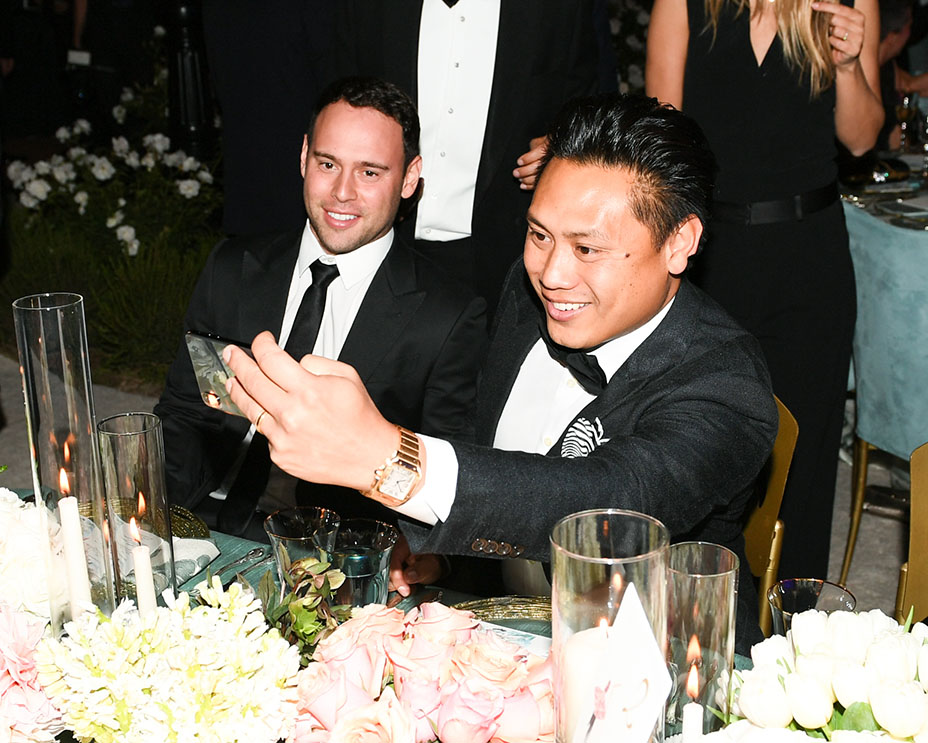 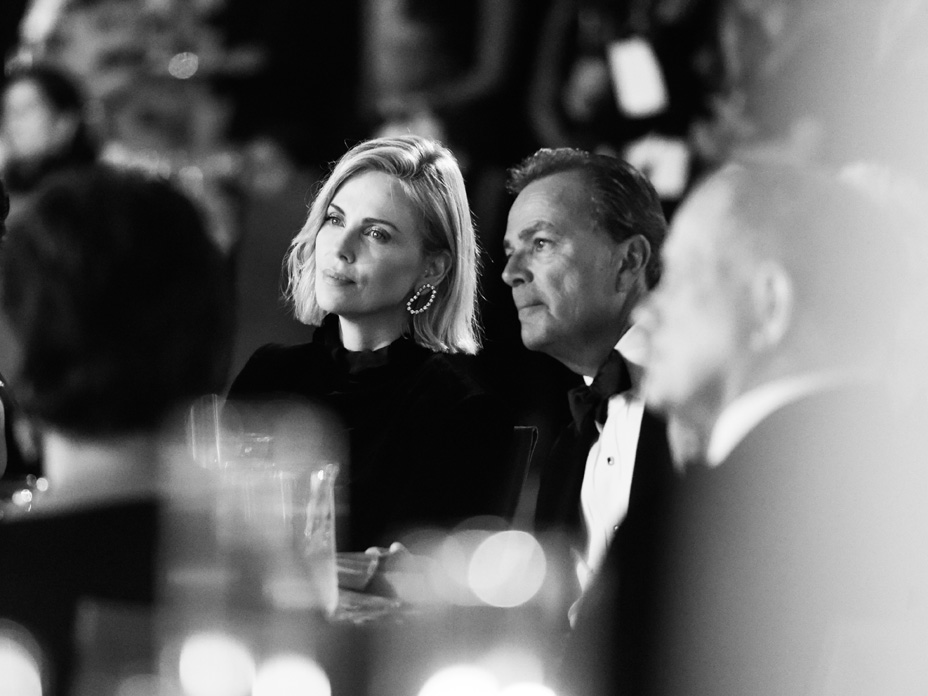 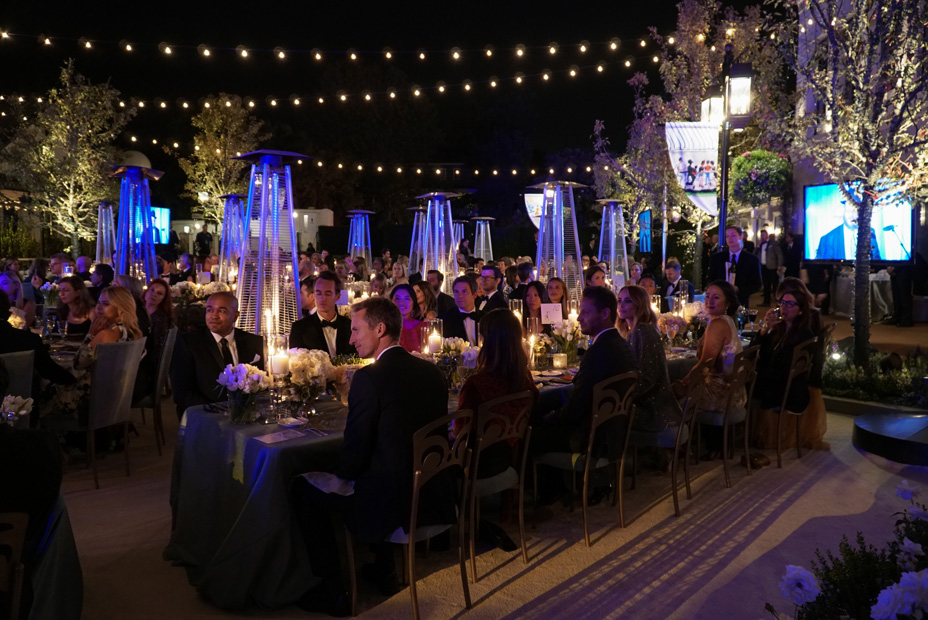 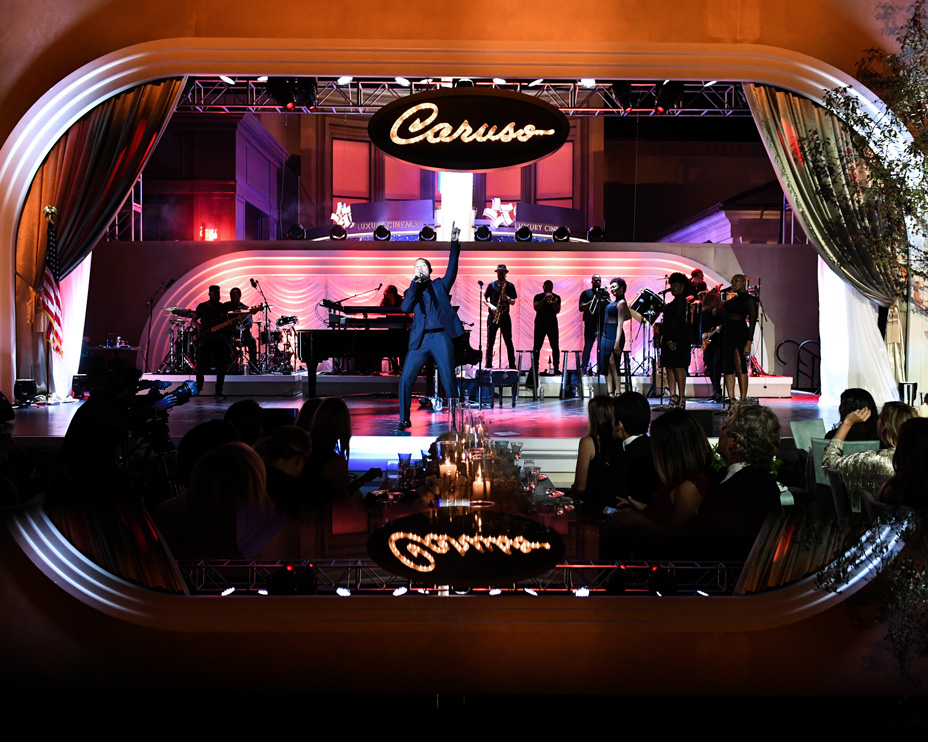 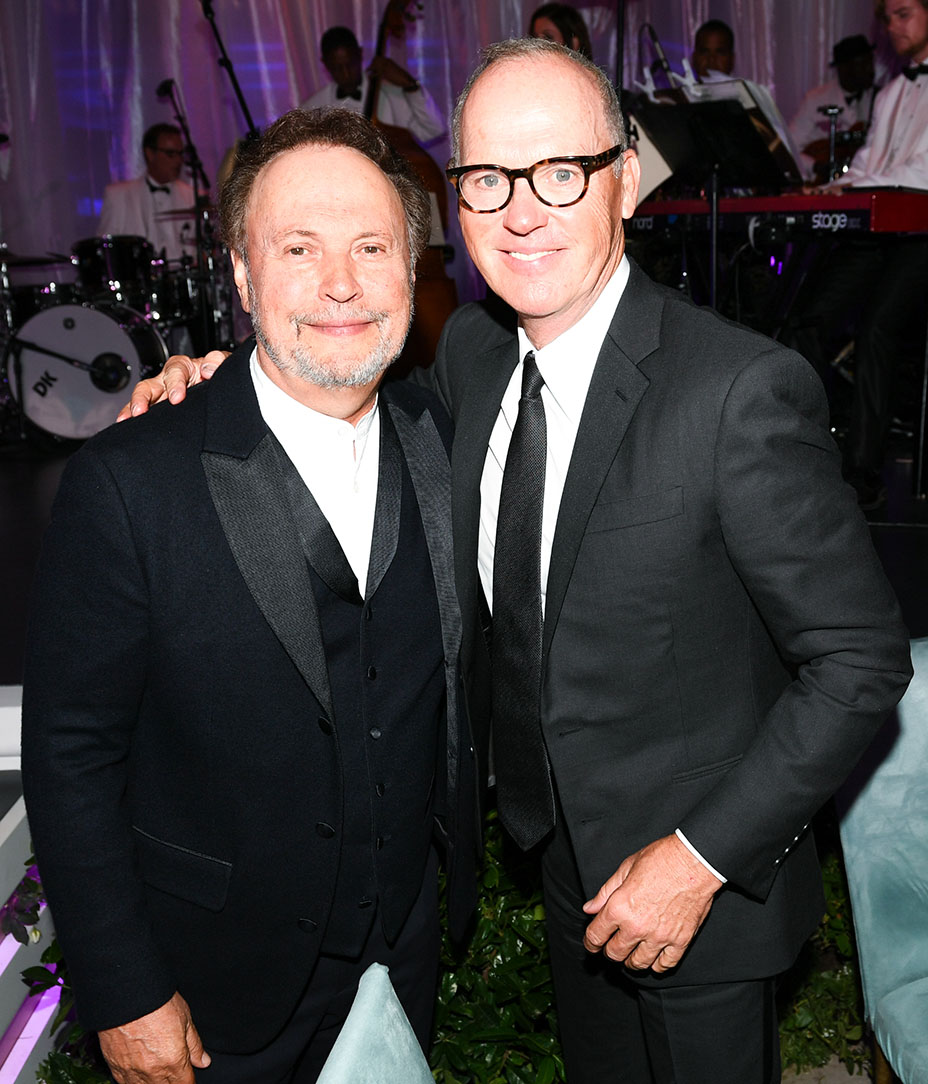 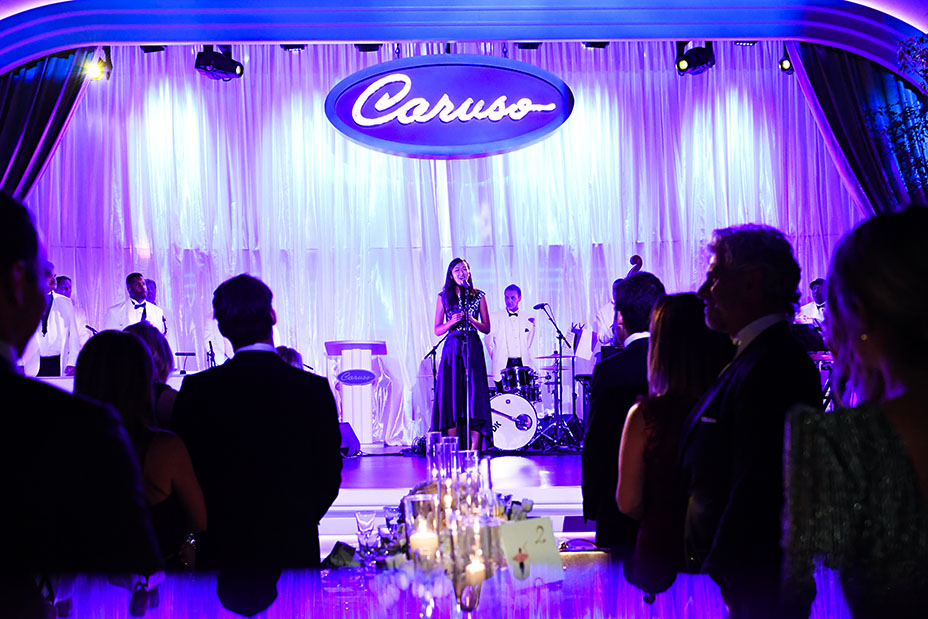 First Look: L.A.'s Mall for People Who Wouldn't Be Caught Dead in One