Oh Rihanna, how you entertain even the most jaded fashion crowd.

The pop star turned fashion powerhouse brought her Fenty spring 2018 collection back to New York Fashion Week on Sunday night, and it was a rip-roarin’ good time. Would you expect anything less?

For a runway set? Pink sand dunes in the middle of the Park Avenue Armory. At first, I thought they were mountains of sugar…or powder, a reference to her recent Fenty beauty launch, perhaps? (RiRi hosted a press event for her new beauty line on Thursday afternoon before surprising fans at midnight at the Sephora Times Square location.) But no, as soon as the lights went down, all eyes turned skyward as stunt motocross drivers began roaring through the space, jumping and twirling over the dunes, turning flips and doing tricks. Nobody saw it coming. 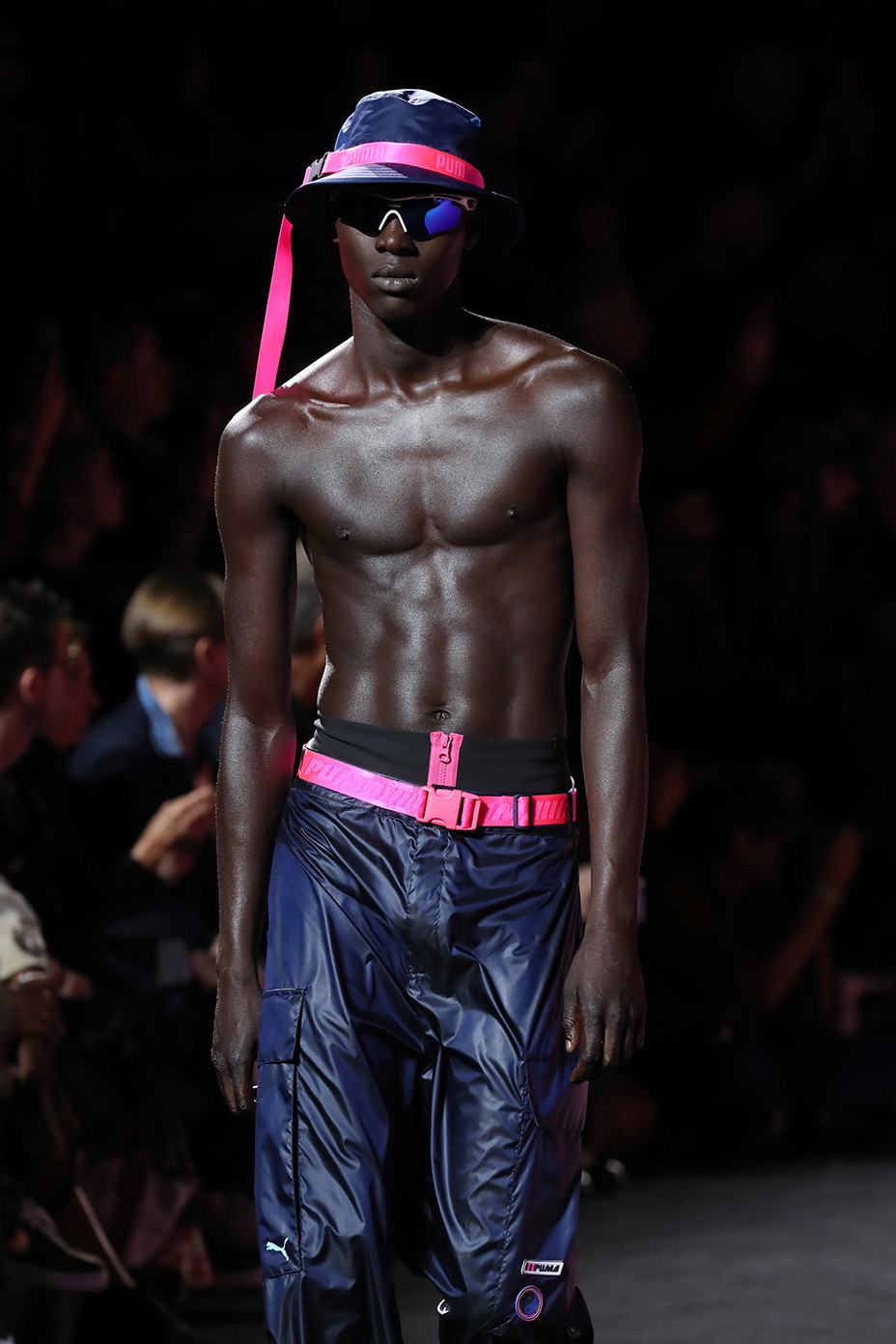 That was only the prelude, mind you. The collection was a mix of motocross and badass beach, with built-for-speed, color-block pants and jerseys, nylon minidresses, jumpsuits and anorak-styled dresses with racing-stripe details that would win any style race. 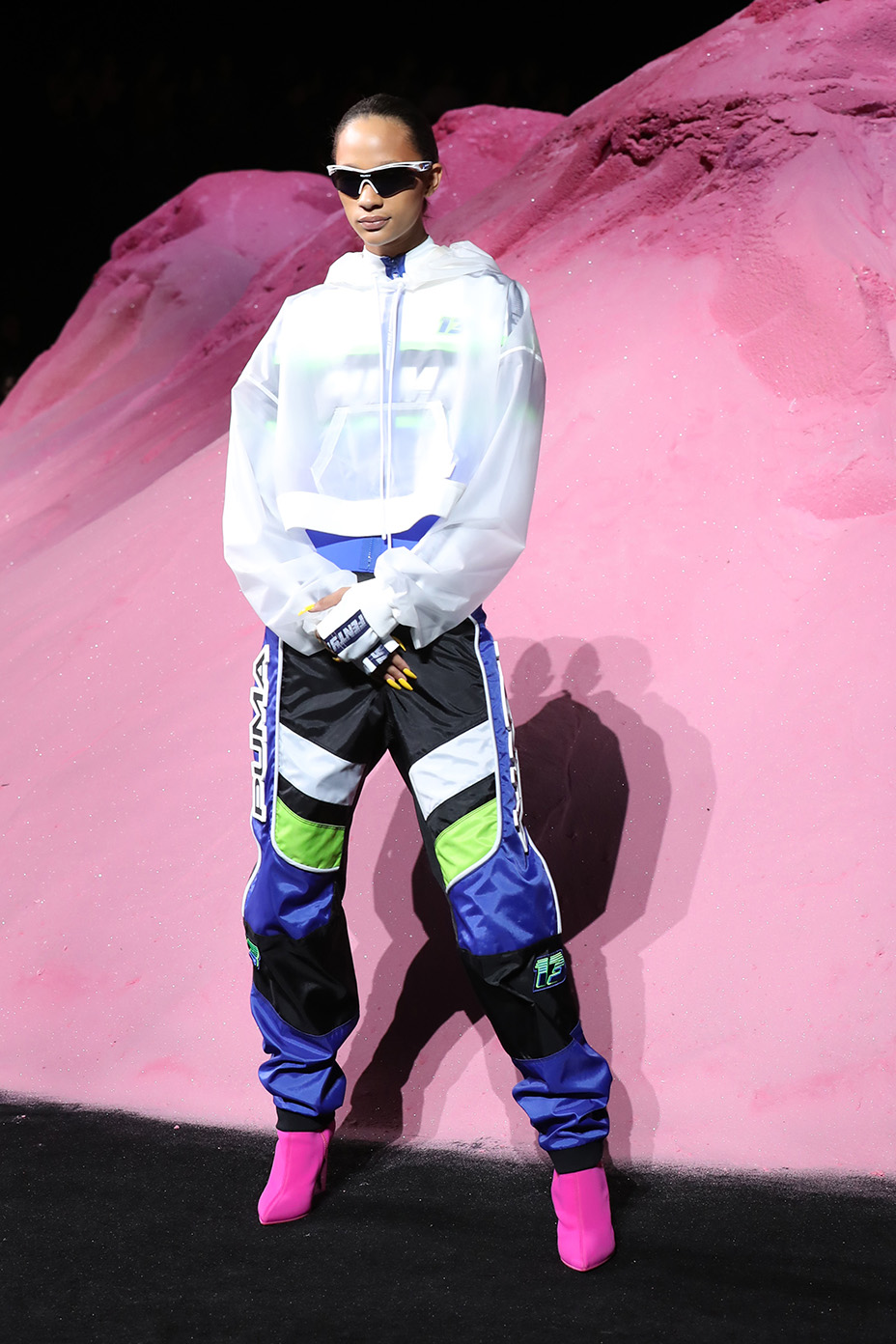 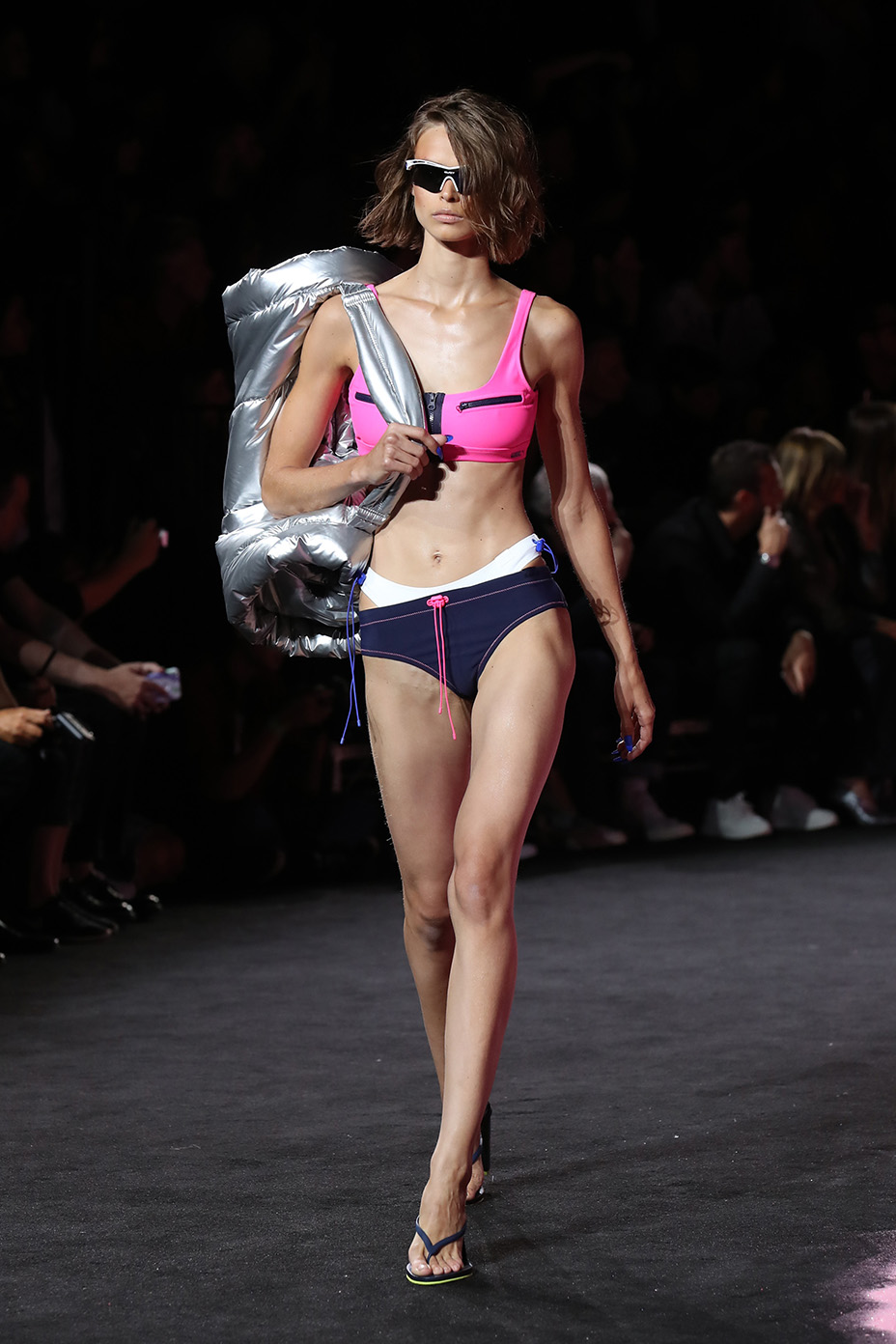 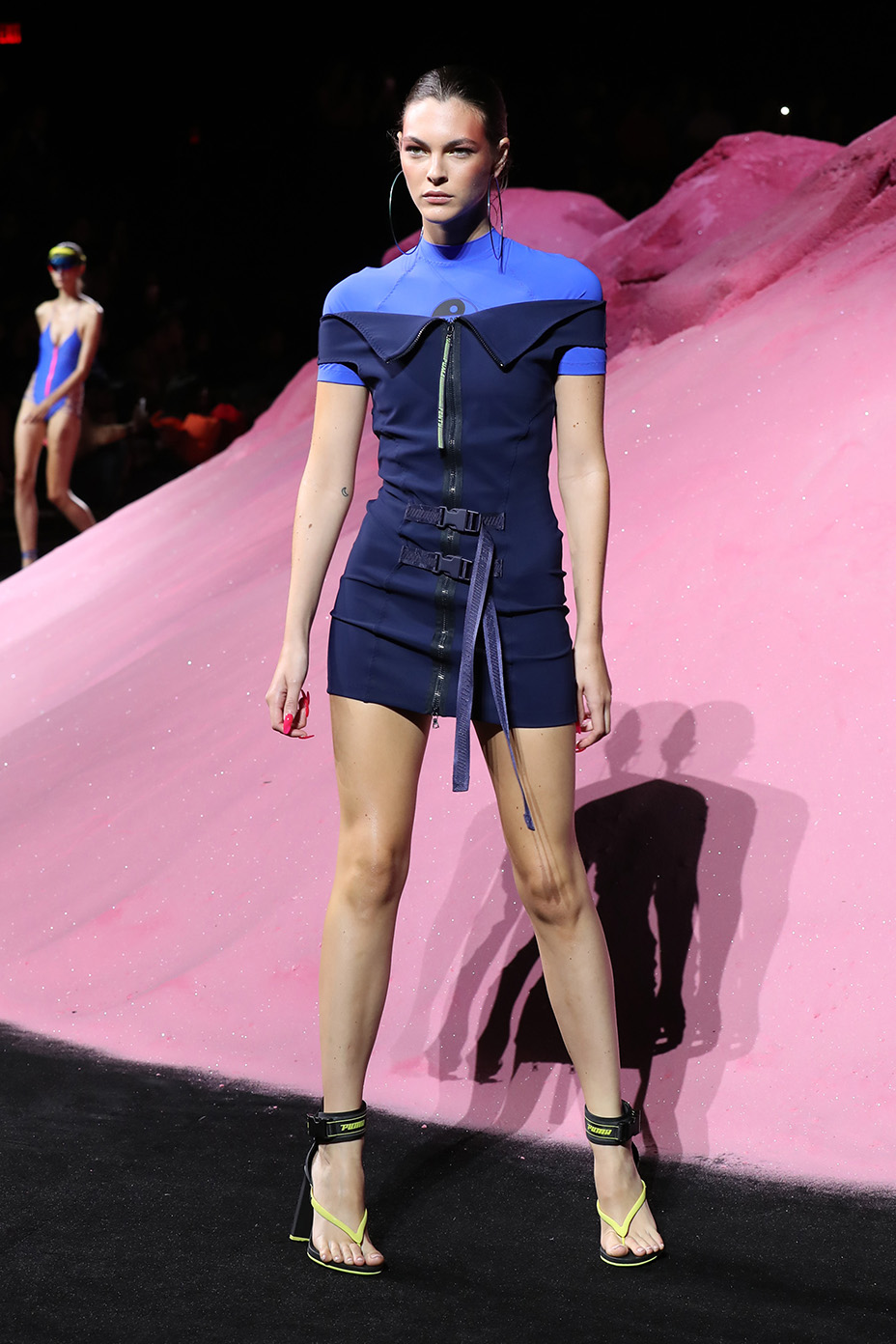 There were nods to military style, too (because where would streetwear be without that?), namely tank tops and cargo pants worn with creeper sneakers, which are getting even more of a lift for spring. 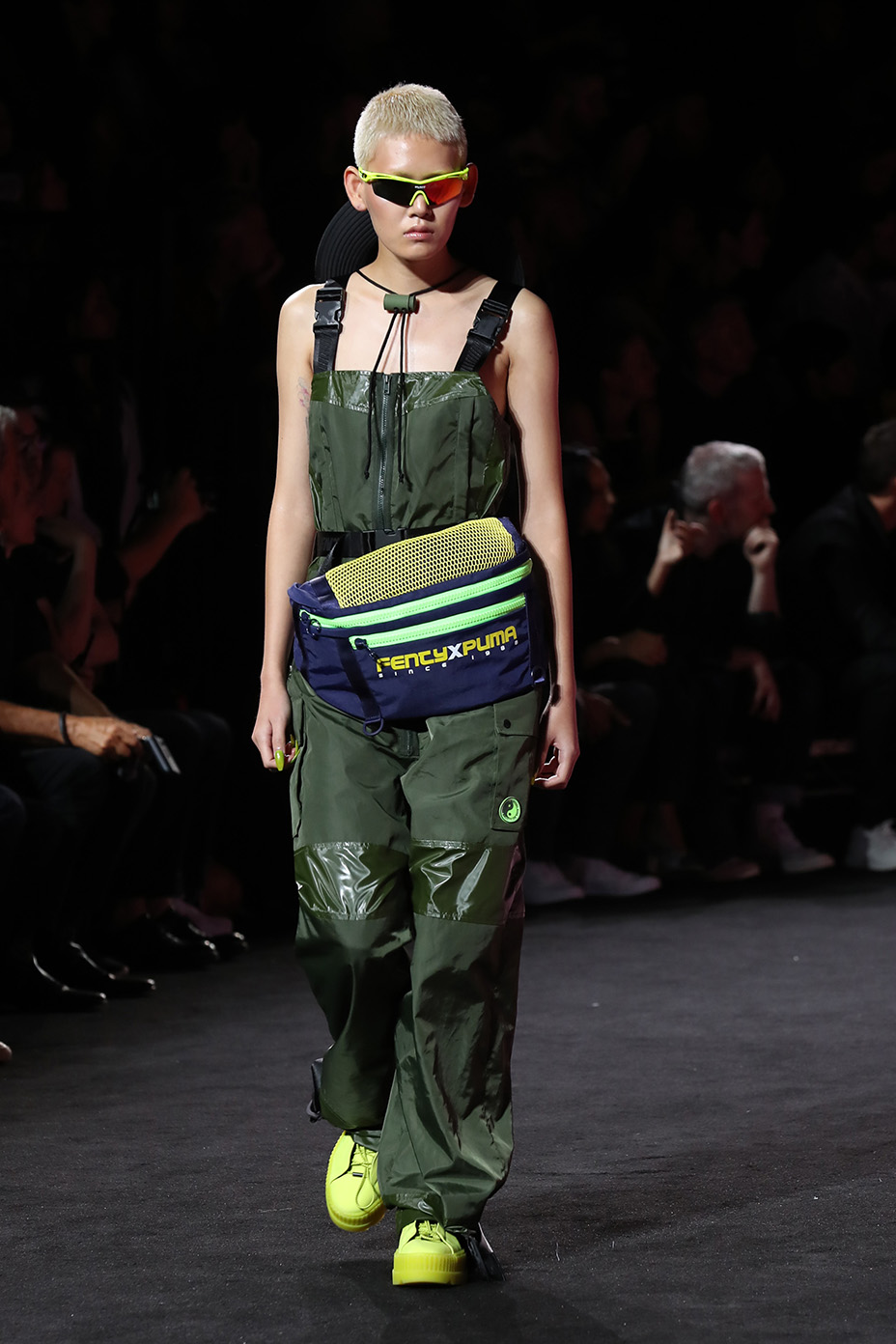 And when it came time for Rihanna to take her bow, she took a spin instead — on the back of one of the motocross bikes, waving and air-kissing the whole way around the runway. That’s pro stuff.