As the second annual Savage X Fenty runway show, the fall/winter 2019 presentation is set to take place during NYFW (which runs Sept. 5-12 in New York) and will later stream on Amazon Prime Video starting Sept. 20. Last year, the theatrical and jungle-themed show in Brooklyn — which featured dancers, contortionists and pregnant models — was live-streamed on YouTube. The body-inclusive event showed off glow-in-the-dark garters, maternity items and plus-sized lingerie from Rihanna’s Savage X Fenty brand.

“I couldn’t be more excited that everyone will have full access to the Savage X Fenty Show this year! We are working on creating a bold, sexy, super energetic experience for our viewers,” Rihanna said in a statement.

This year’s “star-studded” event is set to combine fashion, music and culture by bringing in models, actors, dancers and musicians who will perform “some of the hottest acts in music,” according to the press release. Amazon’s Savage X Fenty Show film will also include behind-the-scenes footage. The news comes after Victoria’s Secret cancelled its annual televised fashion show in May, after the broadcast hit a new ratings low on ABC.

“Rihanna has conquered the worlds of music, film, beauty and fashion. She has reinvented the idea of what fashionable lingerie should be for a global customer. The brand authentically reflects empowering statements of inclusivity, body positivity and fun! The Savage X Fenty Show promises to be a ground-breaking and truly unique experience and we’re thrilled to give our global customers an exclusive front row seat,” Jennifer Salke, head of Amazon Studios, said in a statement. 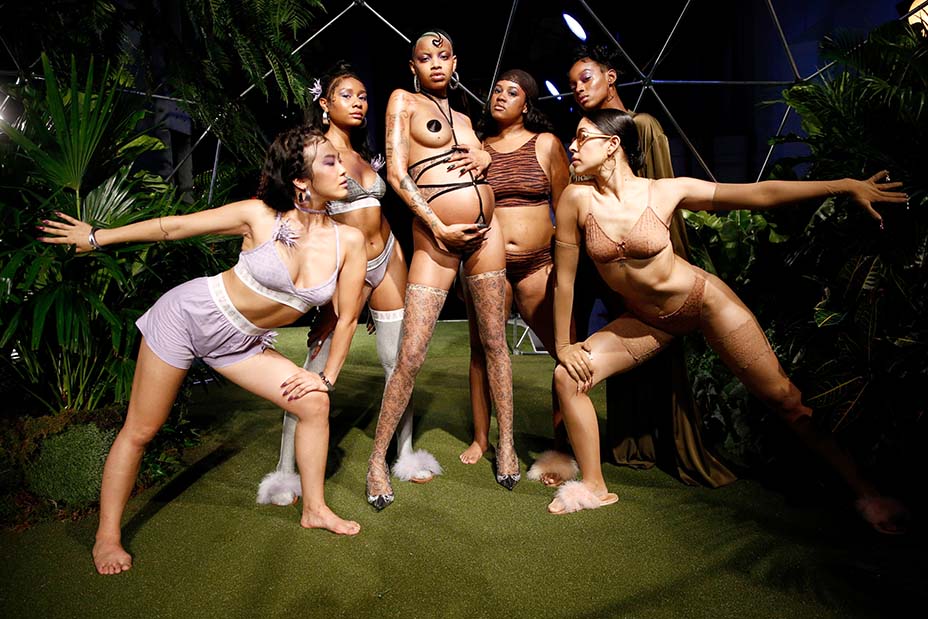 Amazon previously worked with Rihanna for Donald Glover’s highly anticipated Guava Island video project, which premiered this year at Coachella. Rihanna stars as Kofi alongside Glover; while he performs “Summertime Magic” and “This Is America,” Rihanna does not sing onscreen.

The streamer also has the design competition Making the Cut, from former Project Runway stars Heidi Klum and Tim Gunn, set to premiere in 2020.

Rihanna launched Fenty Beauty in 2017 and expanded into lingerie in May 2018 with 90 styles of bodysuits, corsets, rompers, jumpsuits, robes and accessories, including crops, handcuffs, satin restraints, eye masks and garters befitting of her Instagram nickname “bad gal RiRi.” In May of this year, the music mogul went a step further and joined fashion conglomerate LVMH (home of Dior, Givenchy and Fendi) to create her own Fenty fashion house.

Rihanna is credited as artistic director and executive producer of the Savage X Fenty Show from Amazon, which is also being produced by creative agency PRODJECT (whose clients include everyone from Victoria’s Secret and Kanye West to Gucci and Chanel) and Endeavor Content’s non-scripted group.

?SEPTEMBER 20TH!! Get ready to watch this year’s #SAVAGEXFENTYSHOW only on @amazonprimevideo  We are working on creating the most bold, sexy, super energetic experience you can imagine!! @savagexfenty? ?