The anti-Trump demonstration held just a half-mile from Trump Tower kicks off Thursday.

The event, featuring Mark Ruffalo, Alec Baldwin, Robert De Niro, New York Mayor Bill de Blasio, the Rev. Al Sharpton and Michael Moore, is meant as a stand against President-elect Donald Trump on the eve of his inauguration, according to organizers Greenpeace and the liberal activist organization MoveOn.

The demonstrations are being held outside the Trump International Hotel and Tower.

The Hollywood Reporter is compiling a running roundup of what’s happening at the protest. Keep checking back for all of the details as the event unfolds Thursday night.

Who's Who of Hollywood Women Mobilize for Washington's Anti-Trump March

De Niro was the first celebrity speaker to take the stage at the rally, which included thousands of attendees stretching across at least five blocks. The actor read mean tweets about the president-elect, adding that he thinks Donald Trump is “a bad example of this country and this city.”

Baldwin appeared to speak and insert a few Trump impressions along the way, commenting on Trump and his cabinet picks. “These people are a disgrace, but there is hope,” said the actor. “Trump and Pence think you’re going to lay down. That’s one thing about New Yorkers: You don’t lay down.”

Sharpton hyped the crowd after Baldwin’s speech. “This is Donald Trump’s hometown, but the hometown folk do not behave like Donald Trump,” he said. “America is already great, and we will make it even greater!”

Moore had somber words for the event: “We’re at a very dangerous moment in history,” said the filmmaker. “As bad as you think it’s going to be, it’s going to be worse. The good news is there are more of us than there are of them.”

Sally Field, talking about the labor movement, told the crowd: “I am a proud union member and have been for 52 years.” On the union fight for minimum wage, she said, “If we all stick together like we are now — if we all fight for dignity … we will find paths to victory over the next four years. Please, dear God!”

Ruffalo offered a hopeful note: “Man, I needed this. Did you need this?” he said to big cheers from the rally. “We’re coming here tonight to protect something precious to us, and that’s each other.”

Cynthia Nixon offered a message to the LGBTQ community: “We are not going back … we are here, we are queer and we have no fear!” She added to the Muslims, Mexicans and “straight while males” in the audience: “The LGBT community has got your back.” 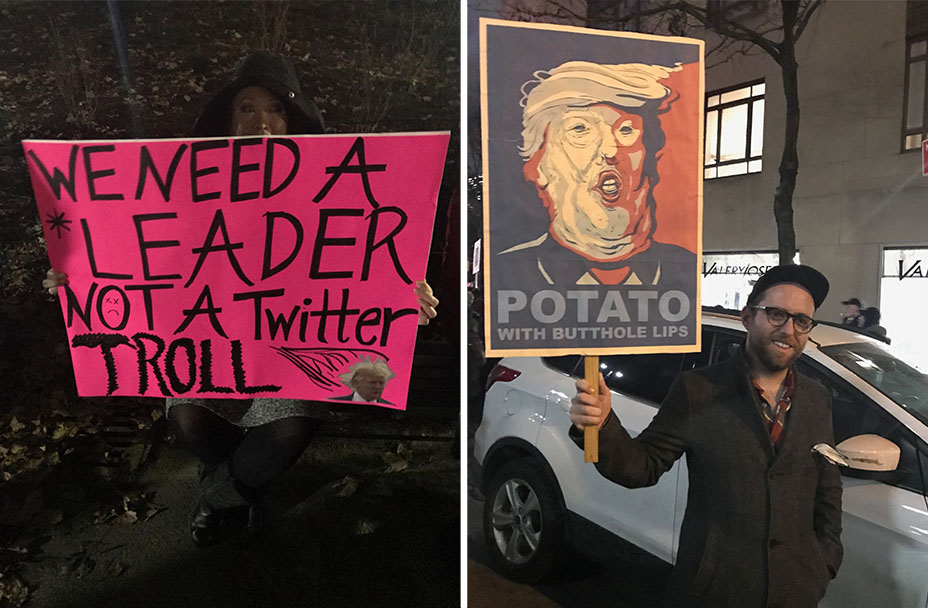