Robert Mandan, the veteran television actor who starred as Chester Tate, the philandering husband of Katherine Helmond’s character, on the ABC daytime-serial spoof Soap, has died. He was 86.

Mandan, who often played suits and white-collar types during his long career, also portrayed the wealthy investment banker James Bradford at the end of ABC’s Three’s Company and on its 1984-85 spinoff, Three’s a Crowd.

Mandan also was the bombastic Col. Lawrence Fielding on the CBS adaptation of Private Benjamin, and his doctor character married Mrs. Garrett (Charlotte Rae) on NBC’s The Facts of Life and whisked her away to the Peace Corps.

Mandan had worked on such soap operas as The Edge of Night, From These Roots and Search for Tomorrow when he was hired to play Chester, a conniving Wall Street stock broker, on Soap.

Susan Harris created the sitcom, which aired for four seasons, from 1977-81, and spawned the Robert Guillaume-starring Benson. The show, always a critical darling, was a top 10 hit in its first season but suffered in the ratings as it was moved around the schedule.

Mandan and Helmond reunited for two episodes of her next series, Who’s the Boss?, and for a 2002 production of A Twilight Romance at the Falcon Theatre in Burbank. He also returned to the soap opera world with gigs on Santa Barbara, Days of Our Lives and General Hospital.

His other notable TV work included playing an unctuous attorney on All in the Family and a homosexual friend of Bea Arthur’s character on Maude, and he appeared on Sanford and Son, Barney Miller, Star Trek: Deep Space Nine and Married … With Children as well.

A native of Clever, Missouri, Mandan grew up in Southern California and majored in theater at Pomona College. He got a big break when veteran actor Edward Arnold pushed for him to star alongside him in a production of All My Sons in Palm Springs.

Mandan made his Broadway debut in 1956 in Speaking of Murder, directed by Delbert Mann, and he worked with Lauren Bacall in the original 1970 production of the Betty Comden-Adolph Green musical Applause.

He did lots of local theater late in his career, Goldstein noted.

Survivors include his wife, Sherry. 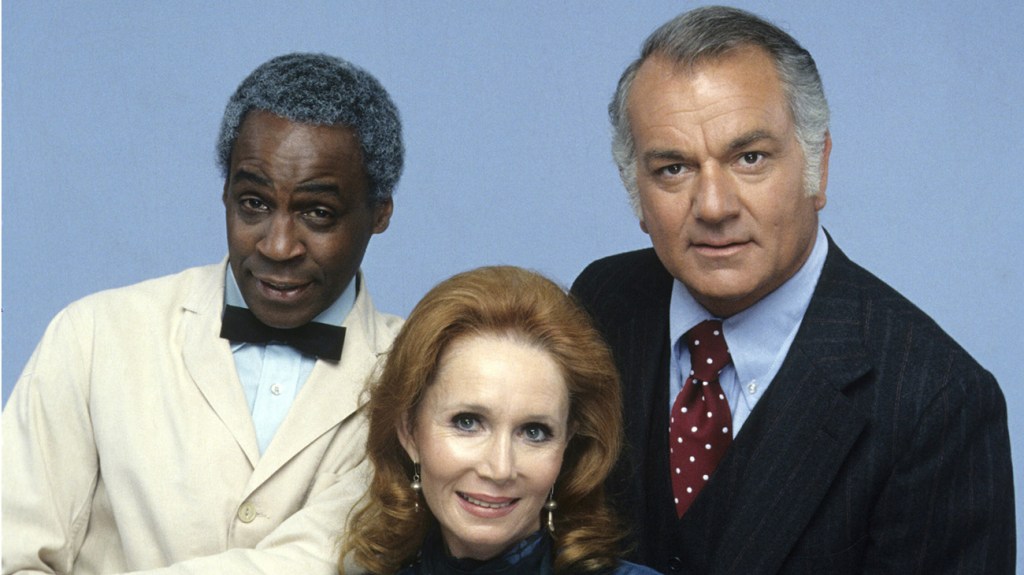