In the early 1970s, Jeremy Larner realized Hollywood wasn’t for him.

The socially minded writer and journalist had published five different books by his early 30s; one, Drive, He Said, was even turned into a movie directed by Jack Nicholson. Still, something was missing. The narrowness of the film industry was stifling, the bowing and scraping necessary in a company town too constrictive to be tolerable.

So after a year in Los Angeles, Larner packed his bags and moved to Cambridge, Mass., where he took up a fellowship at the Harvard Institute of Politics. There, in the summer of 1971, he received an unexpected call from Robert Redford.

Redford was not yet the superstar he would become, but had clout thanks to such hits as 1967’s Butch Cassidy and the Sundance Kid and Barefoot in the Park. He was reaching out with a proposal: He wanted Larner to fly to New York and meet with him and director Michael Ritchie to discuss writing a satirical screenplay based on a political idea the filmmakers were exploring. 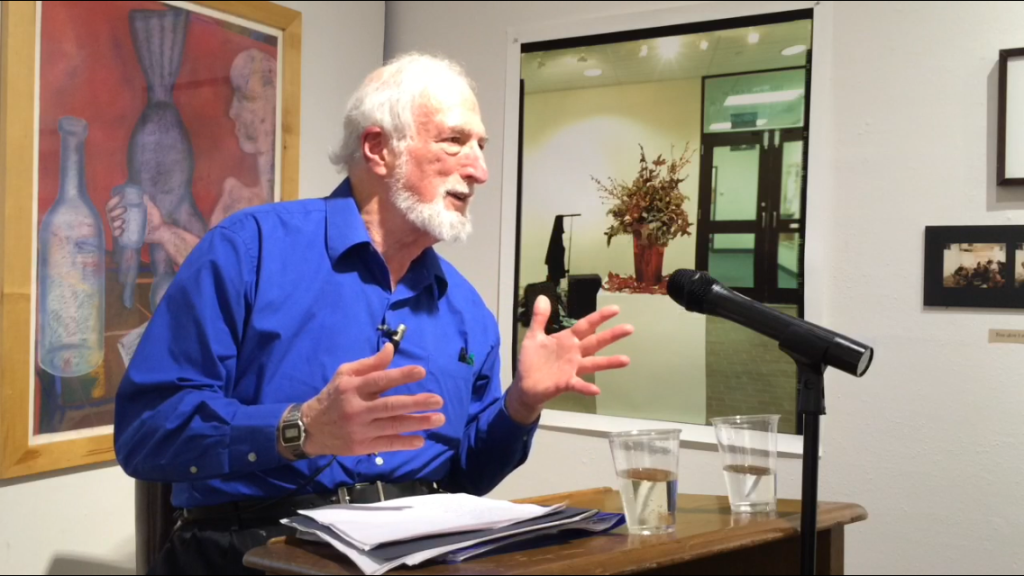 “I thought my Hollywood life was over,” says Larner, now 79 and living in Oakland, Calif. “But I agreed.”

Strolling into Redford’s office with a “Jewish afro and a full beard,” Larner listened to what he and Ritchie had to say.

“Redford said, ‘We want to do a movie about a liberal politician who sells out,’” the writer recalls, “and I said, ‘Well, I don’t think people sell out as much as they get carried away.’ A campaign is so such bigger than the candidate. You don’t have time to think of what you’re saying. It’s like floating down a river and you hear the sound of the falls ahead; it occurs to you you’re going to go over the falls, but it’s all you can do to keep steering the boat.”

Then he tweaked the actor. “I told Redford, ‘It’s kind of like being a movie star. The role is bigger than the person playing it.’”

That was the beginning of The Candidate (1972), arguably the greatest political picture in American history (though 1957’s A Face in the Crowd and 1976’s All the President’s Men might well jostle for the gold).

It tells the story of an idealistic young lawyer and son of a former governor, Bill McKay, who agrees to run for the U.S. Senate, on the condition that he can maintain his liberal beliefs and will never have to censor what he says. Inevitably, as he becomes more polished, he becomes less true to himself.

Larner’s script was peopled with characters that have become the prototypes of much political fiction: the cynical campaign manager (played by Peter Boyle); the ambitious wife (Karen Carlson); the smooth-talking, avuncular Republican rival (Don Porter); and the gnarled father (Melvyn Douglas), a veteran of innumerable political wars, who is alienated from the son who so needs his support.

Galloway on Film: How Shakespeare Taught Me the Movie Business Is Dying

With each passing election, we find these characters lapping against our lives with ever greater frequency and verisimilitude. We’ve seen sons of other leaders run for office (Jerry Brown, George W. Bush); we’ve seen wives lambasted for their ambitions (Hillary Clinton); and we’ve seen campaign managers who often seem more colorful than their fictional counterparts (James Carville).

Redford, Ritchie and Larner drew on their own experiences. Ritchie had worked on John Tunney’s successful 1970 Senate campaign, while Larner had served as a speechwriter for Sen. Eugene McCarthy during his failed 1968 presidential bid.

“In the movie, when Redford is campaigning, somebody hands him a Coke and a hot dog, and when he has his arms full, they slug him,” says Larner. “That happened to McCarthy.”

The writer got a lucky break after meeting David Garth, a pugnacious maker of political commercials, whom he’d hoped might serve as a technical adviser.

“The three of us went to meet him in his office,” Larner remembers, “and he gave this whole long speech about how he was going to make [New York mayor] John Lindsay president. Of course it was a crock of shit, as the campaign went down the toilet, but I was fascinated by the way he talked.”

When Garth declined to assist the movie, Larner used him as the basis of a major character, played by Allen Garfield. Later, after a screening of the finished film, Garth was furious. “He said, ‘Where’s that Larner? I’ll kill him.'”

As work on the script continued through the summer of ’71, Larner shuttled back and forth between Cambridge and New York, and at times Redford and Ritchie also visited him, huddling in his mercifully air-conditioned kitchen.

Each man contributed ideas, though Redford resisted one key notion of Larner’s — that his character should have an affair with a staffer. He said his audience might accept him playing someone naïve, but never someone bad.

After weeks of work, a 180-page screenplay was in place, later to be reduced by 60 pages and shot for $1.1 million. The script ended just like the finished film, with McKay winning his election and then turning to his campaign manager, as he asks his famous last line: “What do we do now?”

For decades, The Candidate has remained the gold-standard election comedy-drama, a cautionary lesson in the seduction of power.

But would it hold up today? When the picture came out, some liberal critics argued that its portrayal of the political world was too extreme to be real; now it’s not extreme enough.

A film that satirized reality seems less satirical than reality itself.

Maybe that’s why former Vice President Dan Quayle got its message so wrong. “Quayle said he saw the picture as a young man, thought he looked like Redford, and modeled himself on the candidate — not realizing it was a comedy,” says Larner. “I had to write an op-ed in The New York Times because of it. I wrote, ‘Dear Mr. Quayle, this is not a how-to film, it’s a watch-out film — and you are what we have to watch out for.'”

As we reach the end of a presidential contest that has more in common with reality TV than reality as Larner knew it, the villains of the late 1960s and early 1970s look better than many of today’s heroes. Who wouldn’t prefer Redford’s well-meaning naivete to the meaningless bluster all around us?

Increasingly, the satires of the past have been taken over by the Punch and Judy shows of the present. Pictures like The Candidate (or 1976’s Network, for that matter), once seemingly too outrageous to be true, now aren’t nearly outrageous enough.

When Larner wrote his film, he aspired to portray a candidate who should never have run for office. Now we’d love to find someone like that and beg him to run.

For more Galloway on Film, please check out the archive.

Galloway on Film: Challenges From Amazon and Netflix Signal the End of the Studio System