When she was asked to host the 34th annual Television Critics Association Awards, Robin Thede (rhymes with speedy) hoped she would be heading into the second season of BET’s The Rundown. But on July 25, the Viacom-owned net announced it would not renew her weekly program. “I’m the fourth black woman ?to host a late-night show. Mo’Nique, Whoopi [Goldberg] and Wanda [Sykes] were the only other ones who did it,” says Thede. “I will always be super proud of that because it’s not easy.”

The 38-year-old is taking the news in stride. After all, she’s used to ?coping. Growing up in a trailer in Davenport, Iowa, where her family was on welfare, Thede, whose dad is white and mom is African-American, ?was among the few people of color in their community. “We were different economically, we were different racially,” she says. “The only way I dealt with that was just to be funny.”

Funny will come in handy when she takes the stage Aug. 4 for the Television Critics Association event (THR chief TV critic Daniel J. Fienberg serves as its president). “I don’t look at this night as a roast of the critics, I think the world will do that enough to critics,” she says of her first awards hosting gig. “I just want to have fun.”

It was her dad, a high school STEM teacher, who introduced her to comedy. “He let me watch Comic Relief when I was really small, and I never forgot seeing Whoopi Goldberg and Robin Williams and Billy Crystal,” says Thede, who is named after Williams, though Goldberg is her personal inspiration.

“She just blew me away. I’d never seen a black woman being funny on television,” she says. “I’m the fourth black woman to host a late-night show. Mo’Nique, Whoopi and Wanda [Sykes] were the only other ones who did it. I will always have that as something to be super proud of because it’s not easy.”

You were in the business for 10 years before you were in a writers room with another woman. How hard was it for you to break in?

I definitely saw other people advancing faster than I was. Being in all male writers rooms was certainly difficult. Being called the “girl writer” in rooms was frustrating and annoying as hell.

So what was the first room that had another woman?

It was on The Queen Latifah Show when I was the head writer and hired other women.

Why is comedy such a male bastion? Why aren’t there more women and more women of color?

Does comedy help you process the existential dread many are living through at the moment?

Yes, for sure. But we’ve survived worse — see: slavery and the Holocaust. Now mind you, what’s happening with children in detention centers, what’s happening in HUD, what’s happening in the EPA is horrific, and we need to be concerned and alarmed. But I have tried to balance my comedic outrage. Trump is horrible, but he started [his campaign] by saying Mexicans are rapists. He made fun of a disabled reporter. He was accused of sexual assault. I have no more room for shock when it comes to Trump.

What will you miss most about The Rundown?

I’ll miss employing a bunch of people who otherwise would never have had a chance to work in late night because they weren’t part of the inner hiring circle that still exists. I’ll also miss making jokes about Jeff Sessions anytime I want. That was very freeing.

Your mom has been in Iowa politics for 10 years. Is state politics as toxic as national politics?

Oh God, every bit. Absolutely. The stories she tells … they’re ludicrous. She got elected? the same night as Barack Obama. And she has been there ever since, and she’s running again this year, unopposed actually. At the state level, she has to deal with things that really affect people personally. So I think there’s even more accountability, but there’s just as many shenanigans going on.

You’ll soon be standing in front of a room full of television critics. What’s your view of critics?

Oh, I love critics. They have been historically very kind to me. They’ve either just ignored me or given me glowing reviews. I’m looking forward to the TCAs just being a super self-congratulatory night for me, for the critics. Like, why not? The world is making us all feel bad — let’s just all pat ourselves on the back for 90 minutes and go away in a cloud of delusion. (Laughs.) 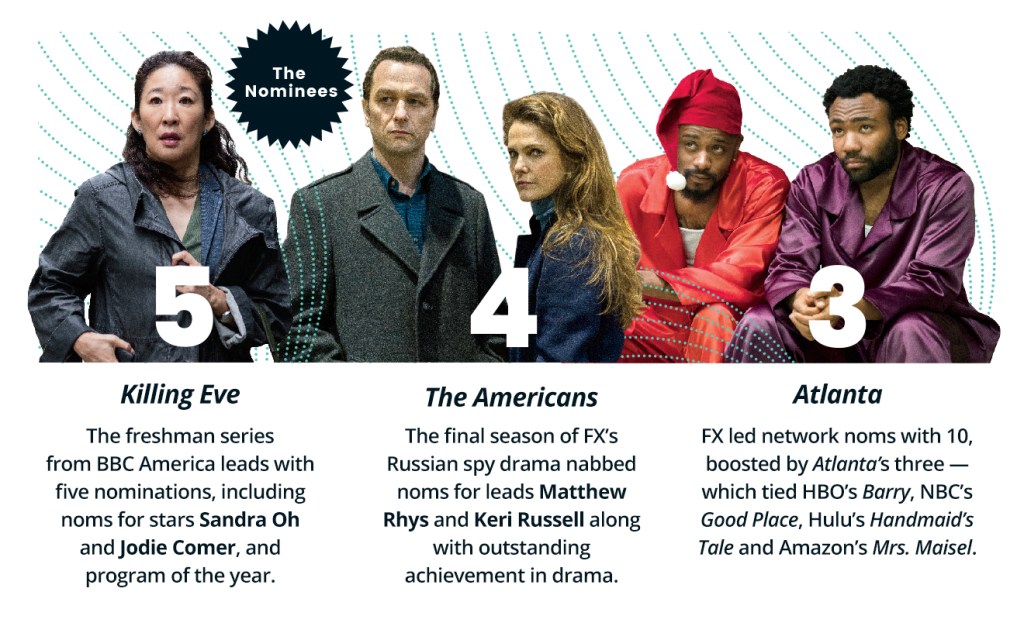