When “Blame Canada” was nominated for best original song at the 2000 Oscars, the team behind its film — South Park: Bigger, Longer & Uncut — faced a sad dilemma. The actress who sang the song in the movie, Mary Kay Bergman, had committed suicide just a few months earlier. So Robin Williams stepped in to perform the irreverent tune for the March 26 telecast, adding digs at Bryan Adams and Anne Murray and sporting a battery-powered T-shirt that lit up in red — it bore a maple leaf within the international prohibition sign in red — as the number reached its finale.

Now that battery-powered garment will be up for auction — along with more than 300 pieces of art, furniture and memorabilia collected by the late actor and his wife of 20 years, Marsha Garces Williams — Oct. 4 at Sotheby’s in New York. The “Blame Canada” tee is estimated to draw up to $2,000, but many artworks collected by the couple, including a custom bronze horse sculpture by artist Deborah Butterfield (from a series of three she created — one for each of the actor’s children), are expected to draw six-figure bids. 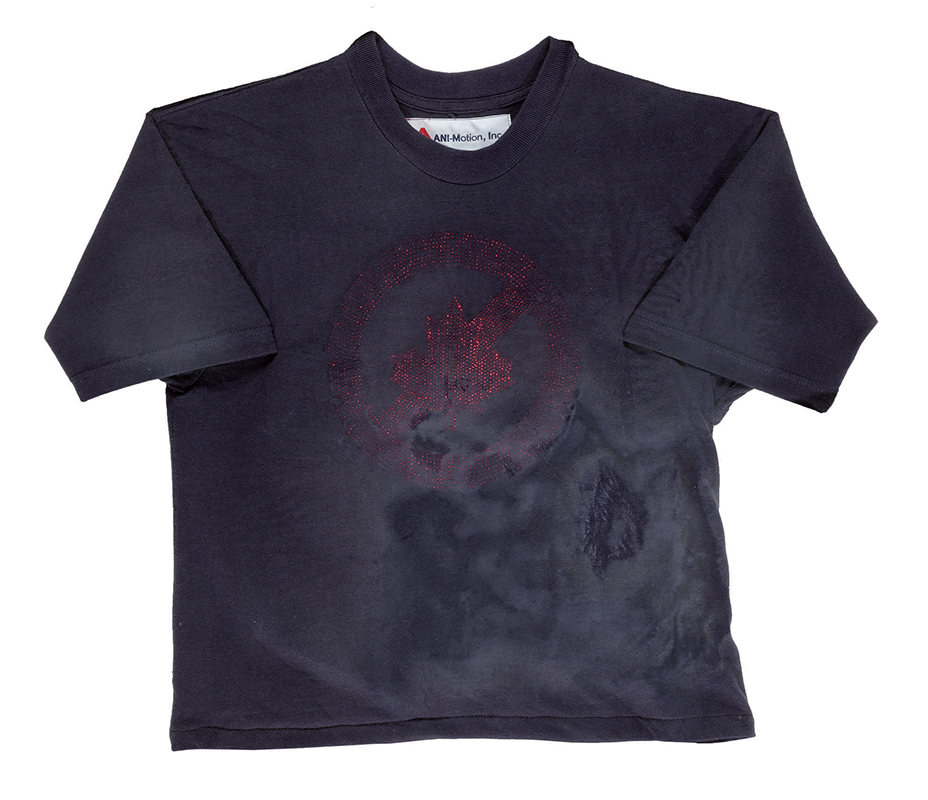 The Butterfield work, which the artist modeled in wood found on the Williams’ ranch in Napa Valley before rendering in bronze, is estimated to go for up to $280,000; a Niki de Saint-Phalle sculpture given to Marsha by Williams, up to $450,000 (separately sold will be an illustrated letter from the artist to the star); and Banksy’s Happy Choppers, up to $600,000. Four other Banksy works, as well as pieces by Shepard Fairey, objets by Dale Chihuly and a 20-part bronze sculpture by Magdalena Abakanowicz, also will be on auction. 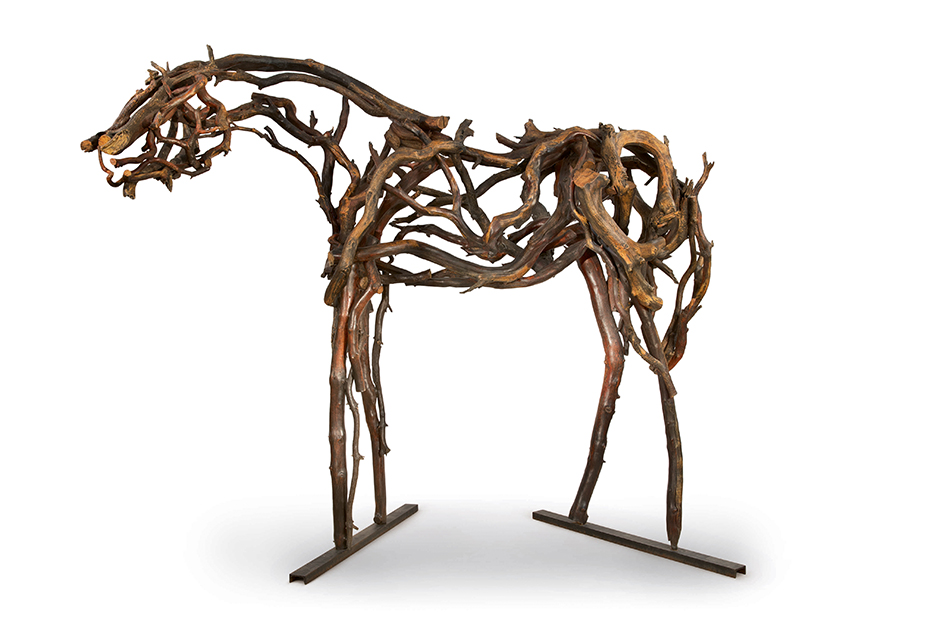 “We didn’t really think of it as collecting,” recalled Garces Williams, who was married to Robin Williams from 1989 to 2010 and served as a producer on several of his films, in an interview for the auction catalogue. “We chose things that made us laugh, think or want to be its caretakers for a period of time so that we could see them regularly. We loved the pieces that elicited an immediate response from ourselves, each other, family and friends.” 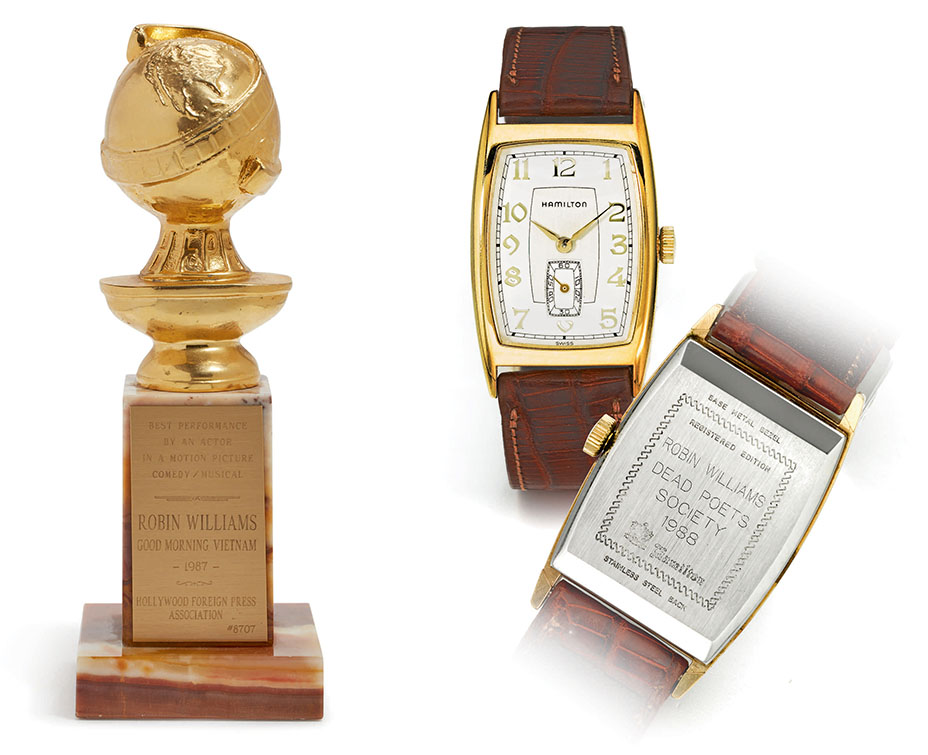 Items from the auction, “Creating a Stage: The Collection of Marsha and Robin Williams,” will be on view at Sotheby’s Los Angeles Sept. 11-14. Of particular interest to potential Hollywood bidders will be awards and memorabilia from the star’s legendary career. A prop dagger and sheath and sword from 1991’s Hook; a watercolor by Good Will Hunting helmer Gus Van Sant that was featured in the film; Williams’ saxophone from 1984’s Moscow on the Hudson; and a Marx Brothers poster given to Williams by Steven Spielberg (together with a handwritten birthday note) are among the 150-plus entertainment lots. 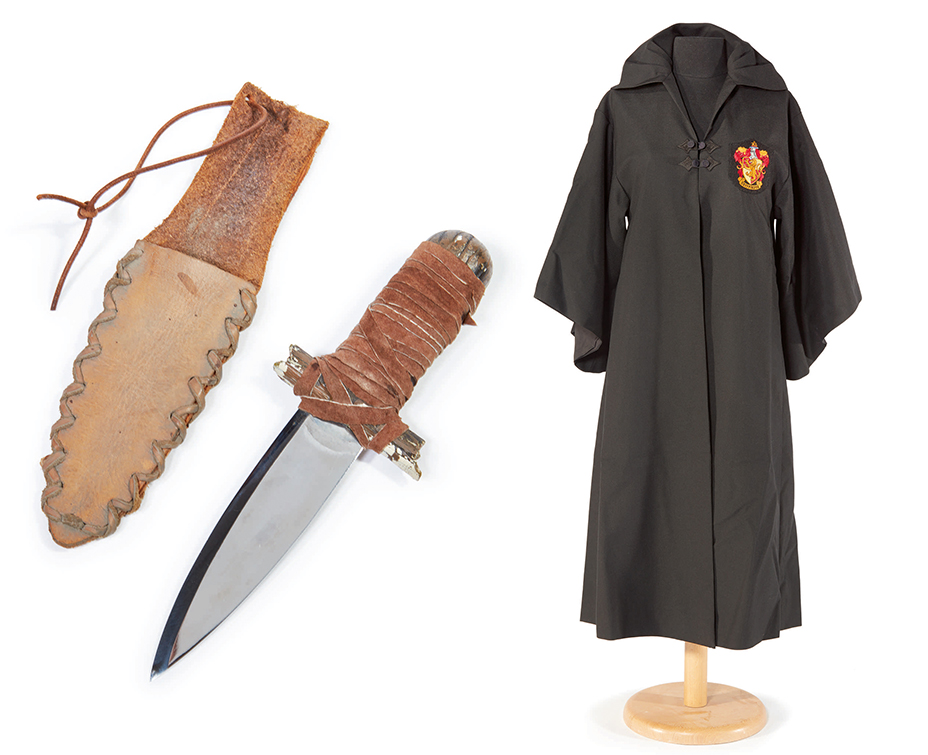 Williams’ four Golden Globe Awards — for his ABC 1970s/early ’80s sitcom Mork & Mindy; 1988’s Good Morning, Vietnam; 1992’s The Fisher King; and 1994’s Mrs. Doubtfire (he also won a special award for his voice work in 1993’s Aladdin, as well as the Cecil B. DeMille honor in 2005) — are expected to draw up to $20,000 each. Proceeds from those trophies and others, as well as his Oscar nomination certificates from 1989’s Dead Poets Society, Fisher King and 1998’s Good Will Hunting, will go to establish the Robin Williams Scholarship Fund at his alma mater, New York’s Juilliard School. Williams, who once hoped to star in the Harry Potter franchise (before learning that only British actors would be cast), owned the Gryffindor robe that Daniel Radcliffe wore in the first film; proceeds from its sale (estimated at up to $15,000) will go to St. Jude Children’s Research hospital. 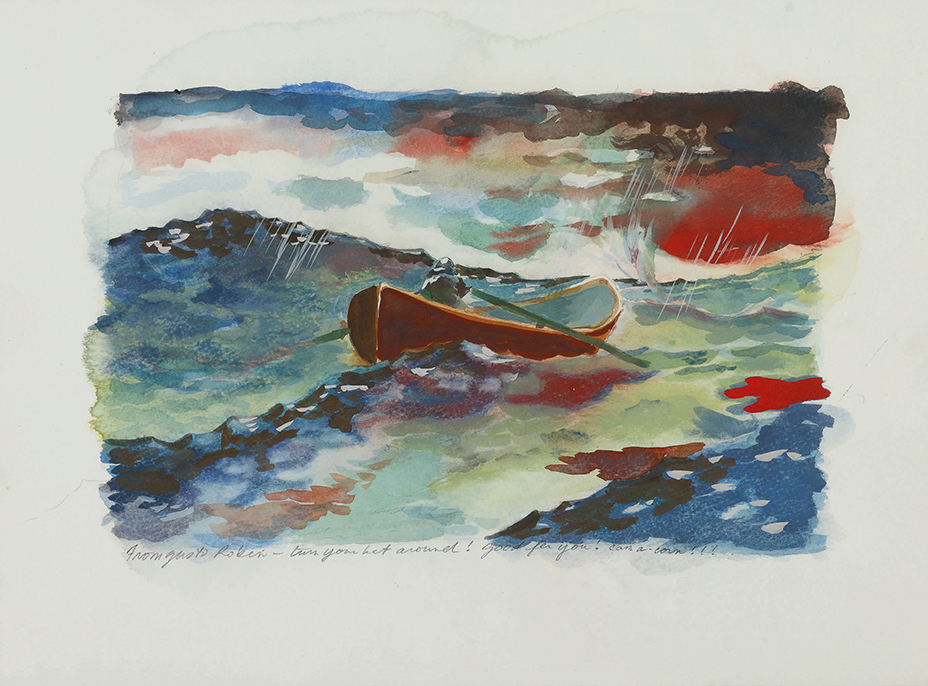 More than 40 of Williams’ watches will be auctioned, including a gold-plated quartz Hamilton model he wore in Dead Poets Society (proceeds from it and a few other lots will go to the Wounded Warrior Project). Proceeds from a photograph by JR, who shared a feature documentary Oscar nomination with Agnes Varda this year for 2017’s Faces Places, will go to Human Rights Watch. The Challenged Athlete Foundation will receive the proceeds of certain Banksy works and one of Williams’ bicycles; a Lebron James Cleveland Cavaliers jersey is among many items of sports memorabilia that will benefit the Muhammad Ali Foundation. Personal and performance photographs taken by Arthur Grace over the course of 15 years, 14 in all, will be sold to benefit the Christopher & Dana Reeve Foundation. 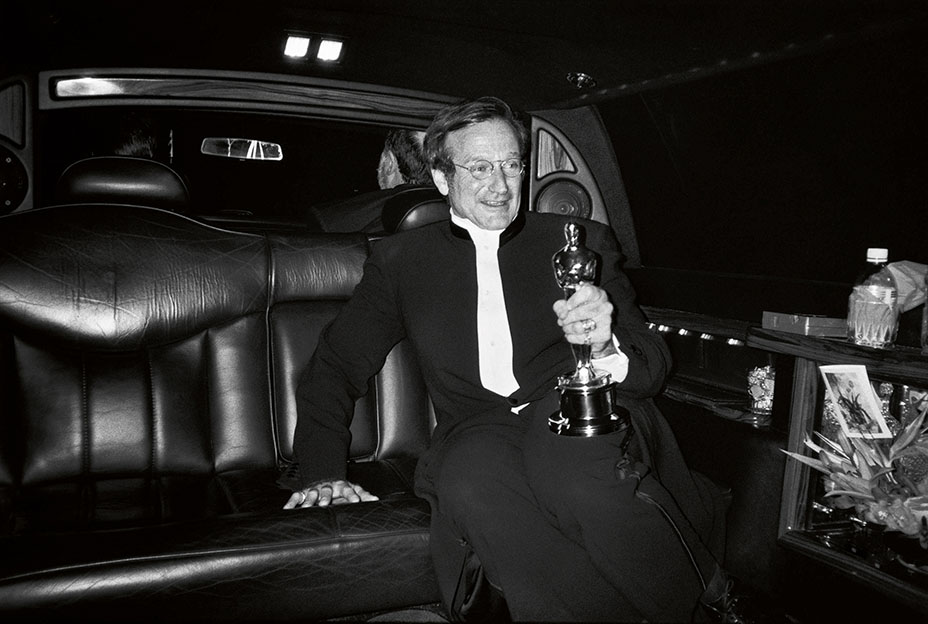 Williams also cherished his large collection of toys, about a dozen of which will be on auction, including action figures and a Battle of Waterloo chess set — Williams and many of his characters enjoyed the game. Even the couple’s art collection included toy-like works, such as two large-scale Yoram Wolberger fibreglass composite and resin sculptures, Indian No. 2 (Bowman) and Blue Cowboy No. 1 (Gunslinger), from the 1960s. “I adore the Cowboy because it was the kind of toy Robin played with growing up. There were these little plastic badly-molded toys that you could get a bag of cowboys, or army men, or whatever,” Marsha Williams recalled. “This was the large sculptural version of that. I loved that for him.”