Taron Egerton has worn plenty of slick duds for his role as a gentleman spy in the Kinsgman movies, but his upcoming gig in Elton John biopic Rocketman is apparently taking his style game to a new level.

In the first look at the film, released by Paramount on Thursday, Edgerton sports a gold lamé jacket over a black tank with a gold chain and winged shoes with striped athletic socks. Edgerton’s interpretation of the “Candle in the Wind” singer is lounging on a mod chair inside what looks to be a private jet.

Rocketman has been pitched as a musical fantasy story about Elton John’s early years in the music business, charting his rise from his studies at the Royal Academy of Music through his struggles with drug addiction and into international fame.

In addition to Egerton, Jamie Bell, Gemma Jones, Bryce Dallas Howard and Richard Madden are also starring. Dexter Fletcher (Eddie and the Eagle) is directing and John and David Furnish are producing under their Rocket Pictures banner. Matthew Vaughn, who worked with Egerton on the Kingsman films, is also producing. 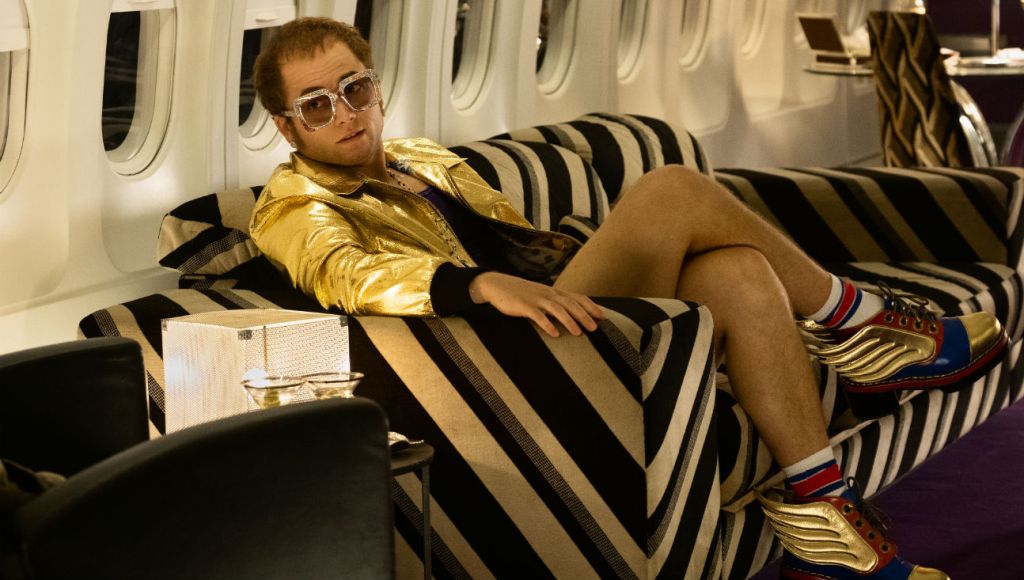