At long last, the first trailer for Woodshock has arrived. The film, due out Sept. 15, is written and directed by Kate and Laura Mulleavy, who are also the L.A.-based fashion designers of Rodarte.

The Mulleavy sisters started their label out of their parents’ Pasadena guest house in 2005, with just 10 pieces, and rocketed to fashion stardom as part of the Vogue Fashion Fund. Over the years, they have dressed everyone from their film’s star, Kirsten Dunst, to Elle Fanning, Brie Larson, Sarah Paulson, Katy Perry and Michelle Obama in their darkly romantic looks.

Woodshock, described in press materials as “a hypnotic exploration of isolation, paranoia and grift that exists in a dream-world all its own,” stars Dunst as Theresa, “a haunted young woman spiraling in the wake of profound loss, torn between her fractured emotional state and the reality-altering effects of a potent cannabinoid drug.” Dunst stars alongside Pilou Asbaek, Joe Cole, Lorelei Linklater and Steph DuVall in the film from A24, the studio behind Moonlight and The Witch.

It’s not clear what genre the film is — could be horror, tragedy, coming-of-age or all of the above. But the footage does have a dreamlike quality and distinct California sense of place, as well as a slight nostalgic feel (check the old cars in the driveway) that will be familiar to those who know Rodarte.

Defying easy categorization is something you could also say about the Mulleavys‘ clothing, which has been more successful on the red carpet, perhaps, than commercially, though the designers have also launched lower-priced collaborations with Gap, & Other Stories and most recently Coach. Their collections straddle the worlds of art and fashion, are often built around a narrative, and take cinematic cues from everything from Japanese slasher films to the 1973 Spanish picture, Spirit of the Beehive.

The sisters, who are repped by WME, have flirted with Hollywood before. They designed costumes for the 2010 film Black Swan, and their Fall 2014 collection included five finale gowns using Star Wars artwork, made with the blessing of Disney and the film’s creator George Lucas and his wife, Mellody Hobson, avowed fans of the Rodarte brand who have been spotted at the designers’ runway shows. 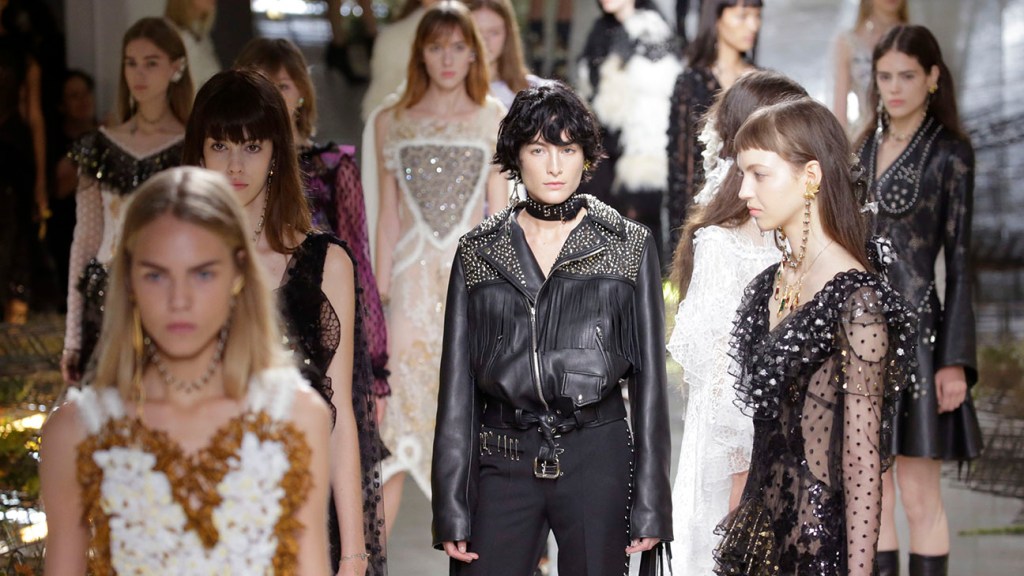 Although they don’t have formal fashion training, their personal and artisanal approach to clothing design has helped define a new handcrafted aesthetic in Los Angeles, and their runway collections presented during New York Fashion Week, and soon Paris Fashion Week, are often inspired by their California upbringing, from family vacations among the majestic redwoods (tooled leather jackets, “Chinese plaid” shirts and pants, and carved wooden heels from Spring 2011), to weekend jaunts to the gritty Santa Cruz boardwalk (tie-dyed slip dresses, studded biker jackets and tattoo embroideries from Fall 2013).

The costumes for Woodshock are designed by the Mulleavys with Christie Wittenborn, but we don’t see a lot of them in the trailer, save for a plain white slip dress.

It’s interesting that the fashion designers chose to do their own costumes. Tom Ford, another fashion designer-film director hyphenate, enlisted costume designer Arianne Phillips for both 2009’s A Single Man and 2016’s Nocturnal Animals. 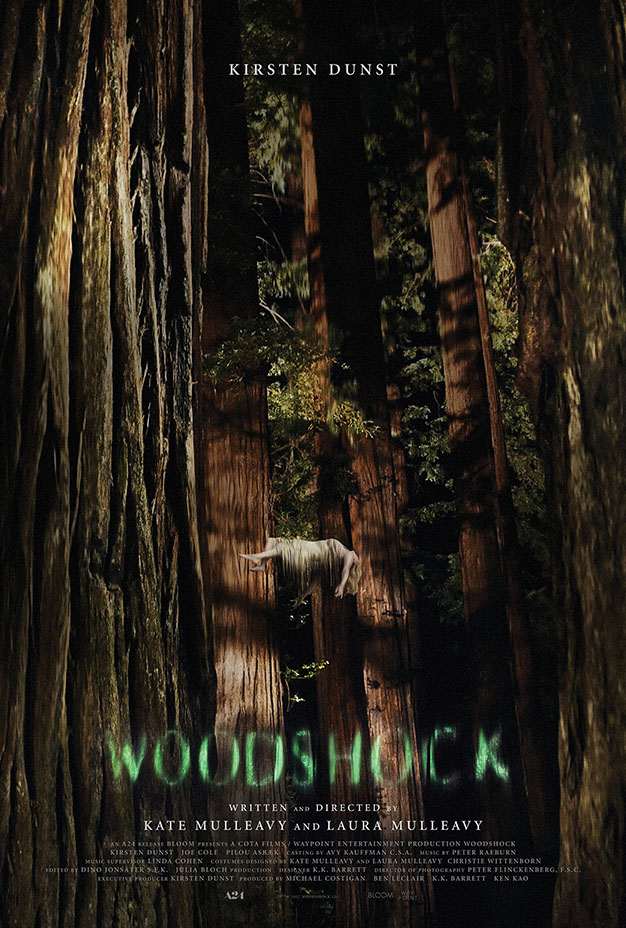 “He’s not making a movie to sell clothes. He made that very clear to me,” Phillips told me last year. “And there were times when I would see something in his store, like a pair of sunglasses, and I wanted to use them in the film. But he said it would take the viewer out of the experience seeing that logo.”

The Mulleavys say they aren’t making a film to sell clothes, either.  Although they were shooting in Northern California at the same time as they were designing their collections, they told me last year, “they’re very separate.”