At a time when it seems like everyone in fashion wants to be in entertainment, how did Kate and Laura Mulleavy, two self-funded designers from Pasadena whose Rodarte label is more red-carpet couture than commercial powerhouse, pull it off?

Their directorial debut, Woodshock, out Sept. 22, stars Kirsten Dunst as Theresa, a woman living at home with her dying mother among the towering redwoods, and touches on such heavy issues as assisted suicide, legalized marijuana and deforestation. 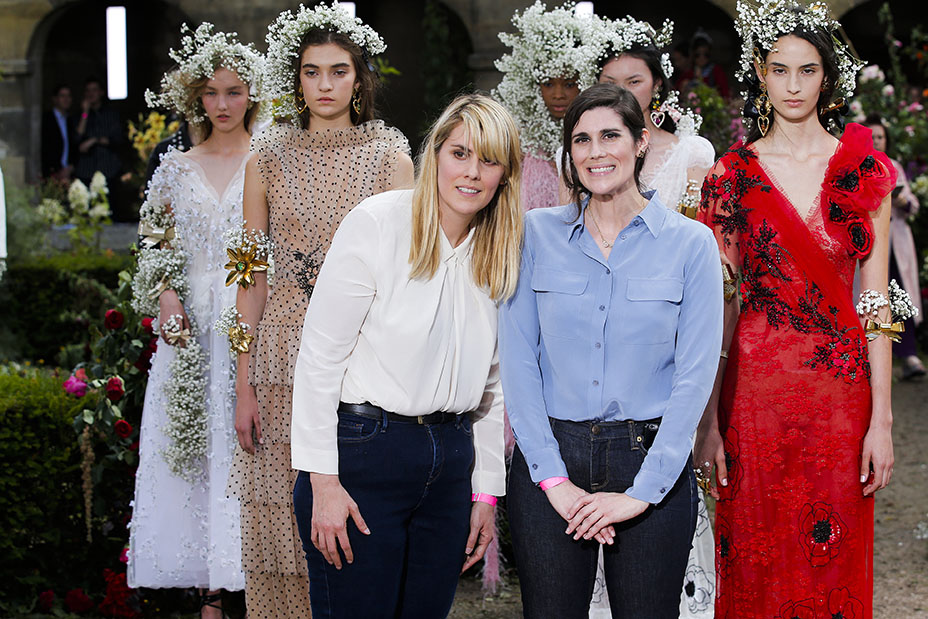 With runway collections that have taken cinematic cues from everything from Japanese slasher films to the 1973 Spanish title Spirit of the Beehive, the Mulleavys say they’ve always wanted to make a movie. And it helped that as soon as they had a script they had a star. They wrote Woodshock from 2011 to 2013 “anytime we could break the designing cycle, we stole a day,” often at the Langham Hotel, says Laura, 37.

They met Dunst 11 years ago at a mutual friend’s birthday party. “She really is exactly like the person you meet,” says Kate, 38, of the down-to-earth Dunst, who became the first to wear Rodarte’s designs on the red carpet, and even chose the designers to make her wedding dress (she will marry her Fargo costar Jesse Plemons later this year in Austin, Texas). 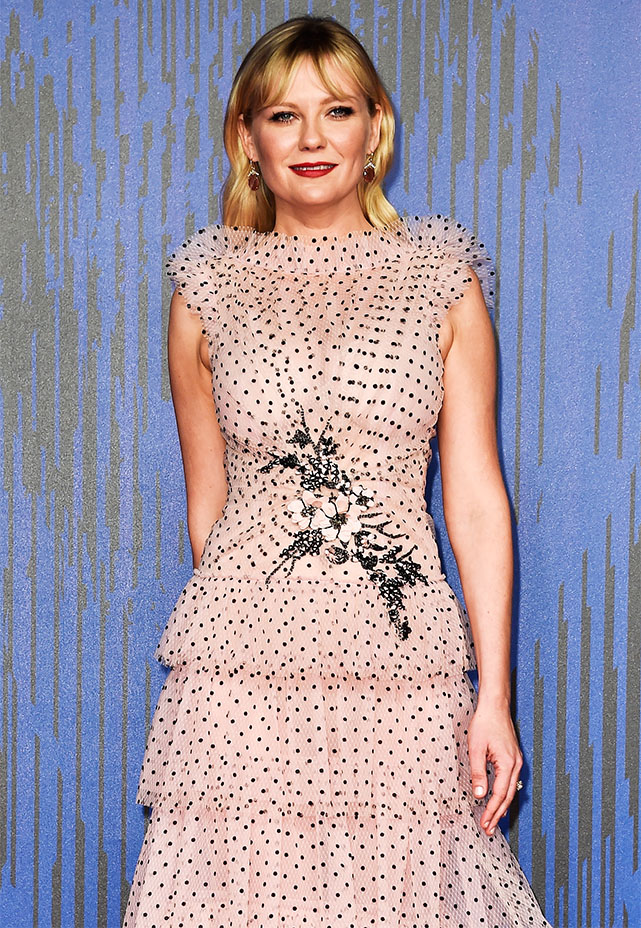 “They are like nothing I’ve ever seen before and there is such a story behind each collection,” says Dunst, who attended the Rodarte runway show in Paris in July.  “I knew it would be a seamless transition into film.”

The Mulleavys founded their handcraft-luxe label in their parents’ Pasadena guest house in 2005, with just 10 pieces (their artist-mom Victoria still helps do some of the bead work on their creations). Over the years, they developed a cult following among the art and Hollywood crowds, dressing Elle Fanning, Brie Larson, Natalie Portman, Sarah Paulson, Katy Perry and former first lady Michelle Obama in their romantic looks, and collaborating with the likes of fine art photographers Catherine Opie and Nan Goldin. 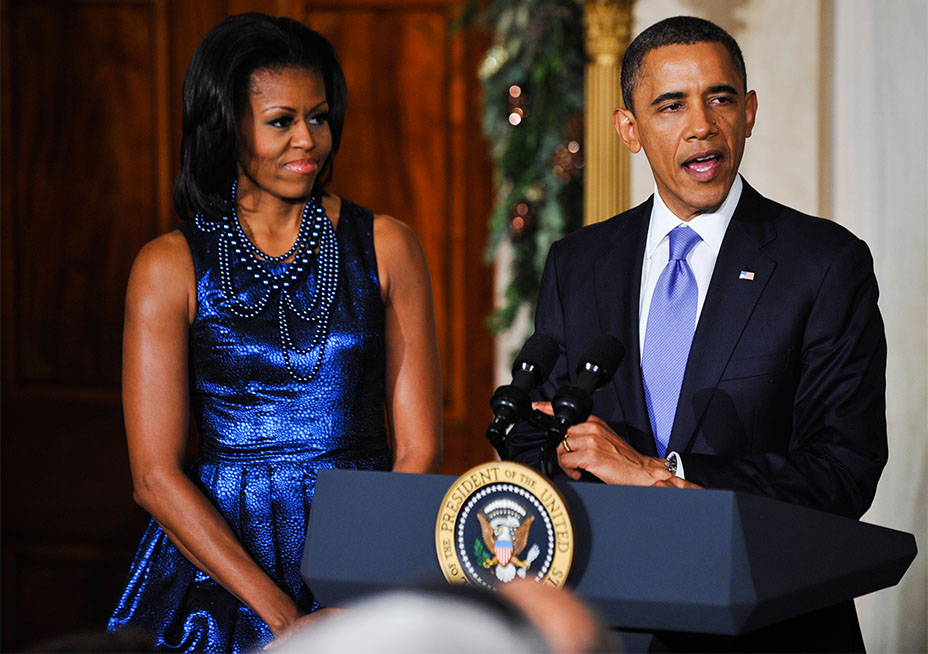 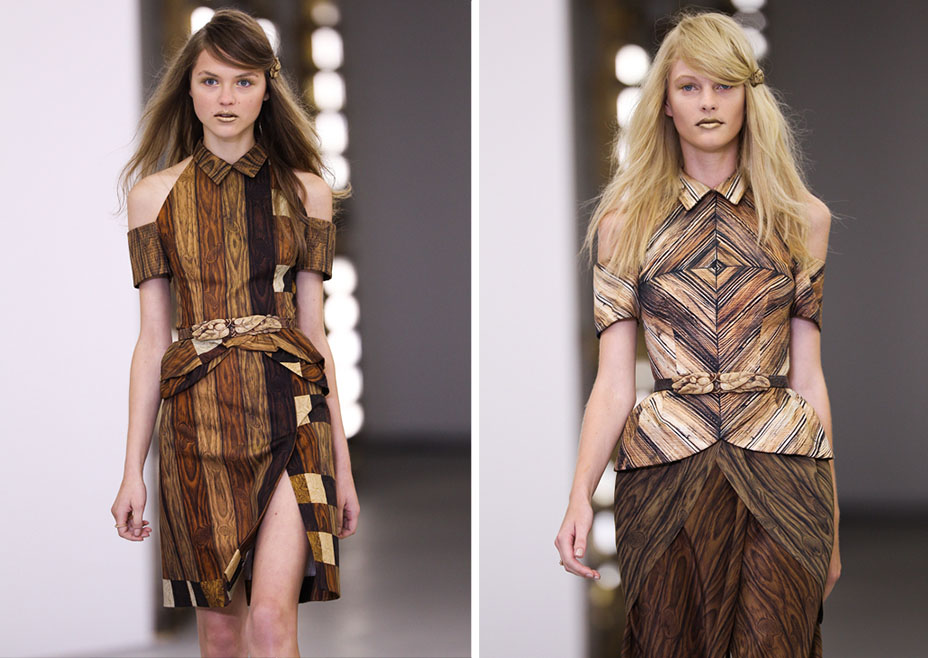 It was soon after that 2011 collection that they started working on the idea for the film. “We knew we had to tell the story of these trees we grew up around, and what that made you feel like,” says Kate, explaining that the pair grew up in Aptos. “The film is an expression of grief, isolation and the connection we have as humans with each other and the natural landscape.” Adds Laura, “We wanted to tell a story that was stream-of-consciousness driven, from a specific female’s perspective, combining destruction and beauty,”noting that although they shied away from referencing specific films, they were inspired by the close-up style of shooting faces in the 1970s Woodstock documentary, of all things.

The sisters, who are repped by WME-IMG, have flirted with Hollywood before. They collaborated with costume designer Amy Westcott on the 2010 film Black Swan, only to get called out by her in the media for taking more than their fair share of the credit. “That was traumatizing. I’ll never get over it,” says Laura, adding, “You learn to protect yourself. At the end of the day our work on that film speaks for itself. Anything in the film that’s ballet, Kate and I made, and character pieces for Natalie–her white gown, our hand knits and scarf.” For Woodshock, they designed and sourced the costumes with Christie Wittenborn (Showtime’s I’m Dying Up Here, Ray Donovan), including a 1930s slip and several versions of a black-and-red lace evening dress. 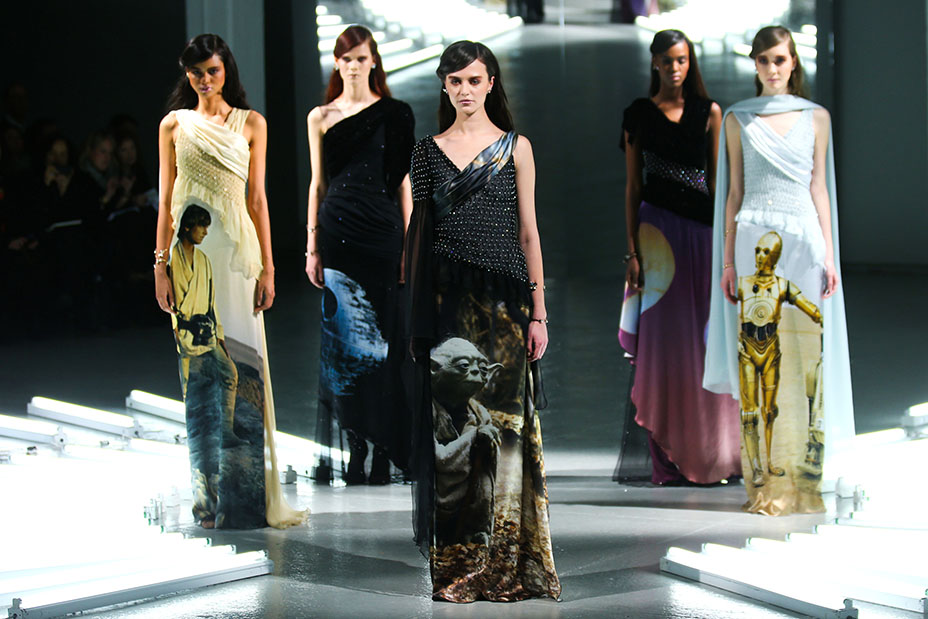 Their Fall 2014 Rodarte runway collection included five finale gowns using Star Wars artwork, made with the blessing of Disney, the film’s creator George Lucas and his wife, Mellody Hobson, avowed fans of the Rodarte brand who have been spotted at the designers’ runway shows. 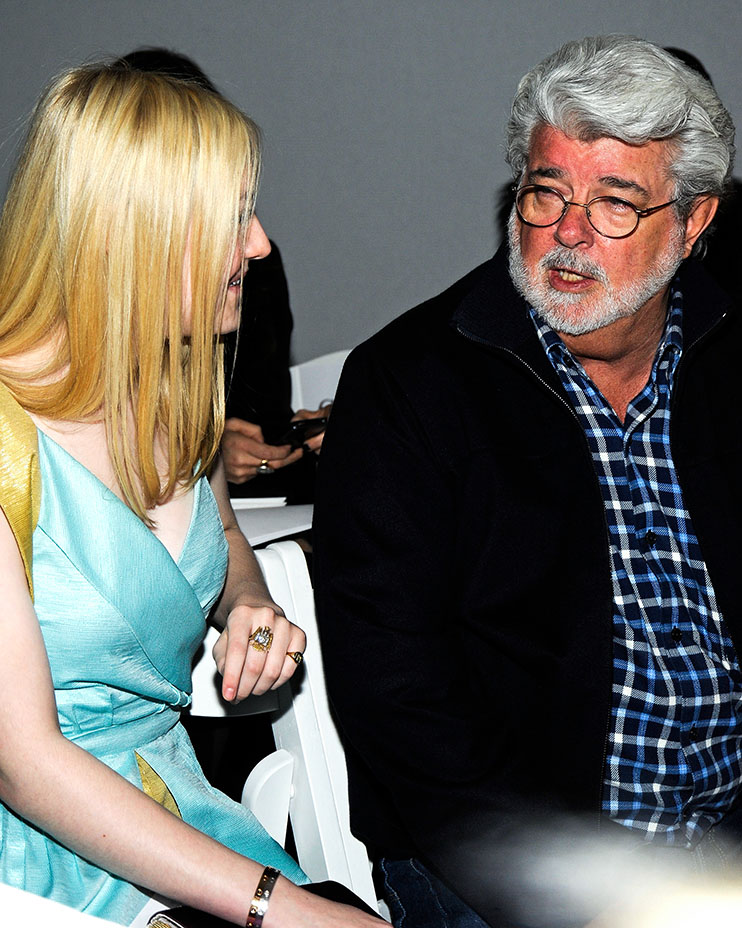 Willow Bay, wife of Disney chairman and CEO Bob Iger, wore the Yoda gown to the 2015 Oscars and Dunst wore the Death Star gown to the 2014 Met Gala. A set of the dresses will go to the Lucas Museum of Narrative Art when it opens. 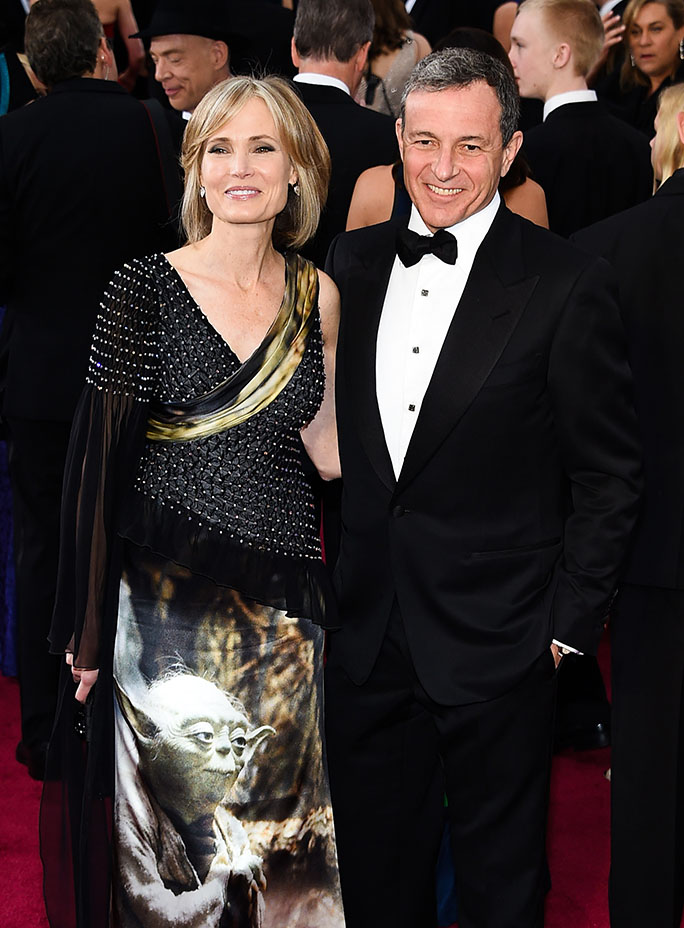 In 2013, when the Mulleavys finished the Woodshock script, they shared it with their agent at the time, former William Morris head Dave Wirtschafter, who introduced them to producer Michael Costigan (Ghost In The Shell, Prometheus, Brokeback Mountain).

“I knew I had to get on board to help them realize this film,” says Costigan, noting that the Mulleavys have a point of view that felt “wholly original and at times even dangerous.” He adds. “They were from the beginning, more savvy about film, references, moments, images, score and ideas than most traditional filmmakers.” 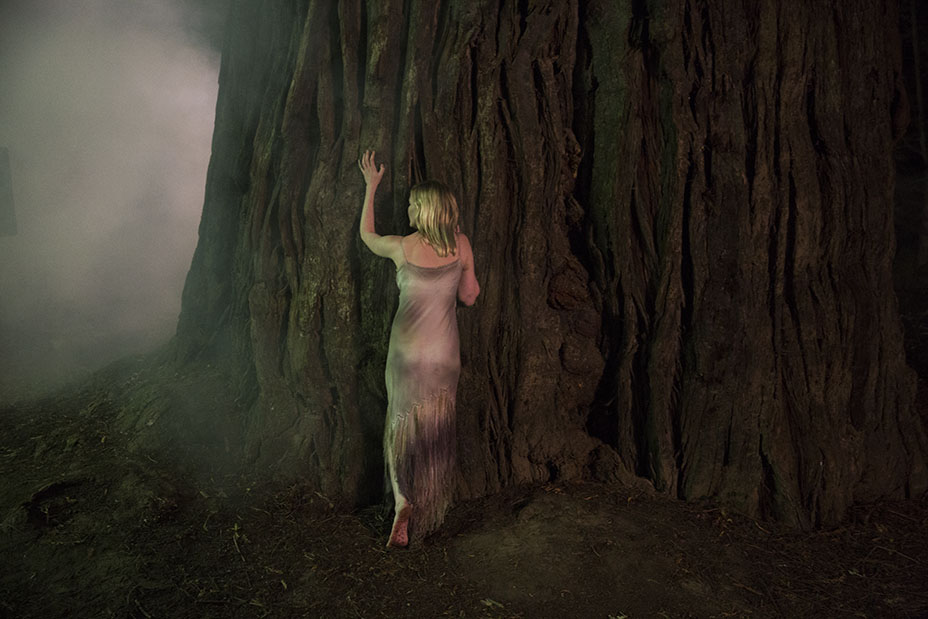 Joined by co-producers Ben LeClair (Sound of Metal, The Lovers), K.K. Barrett (Her, Marie Antoinette, Lost In Translation) and Ken Kao (The Glass Castle and Nice Guys), the group got the film off the ground with a $5 million budget to shoot in Humbolt, California among the real-life redwoods. A24 was secured early on as the distributor.

When it came to the nitty-gritty of directing, Laura read a few books (among them, The Five C’s of Cinematography by Joseph V. Mascelli and Directing Actors by Judith Weston). “Then we threw it all away,” says Kate, adding that they did use photography and fine art as stylistic reference points, including for the watercolor landscape look of the film Gerhard Richter’s smeared paintings, and for a scene that has Dunst levitating in the sky Bernini’s sculpture The Ecstasy of Saint Theresa.

They shot most everything in camera, including that dramatic levitation, with the help of a 100-foot crane. “At times, I felt like I was actually working with one person,” says cinematographer Peter Flinkenberg of their working style. 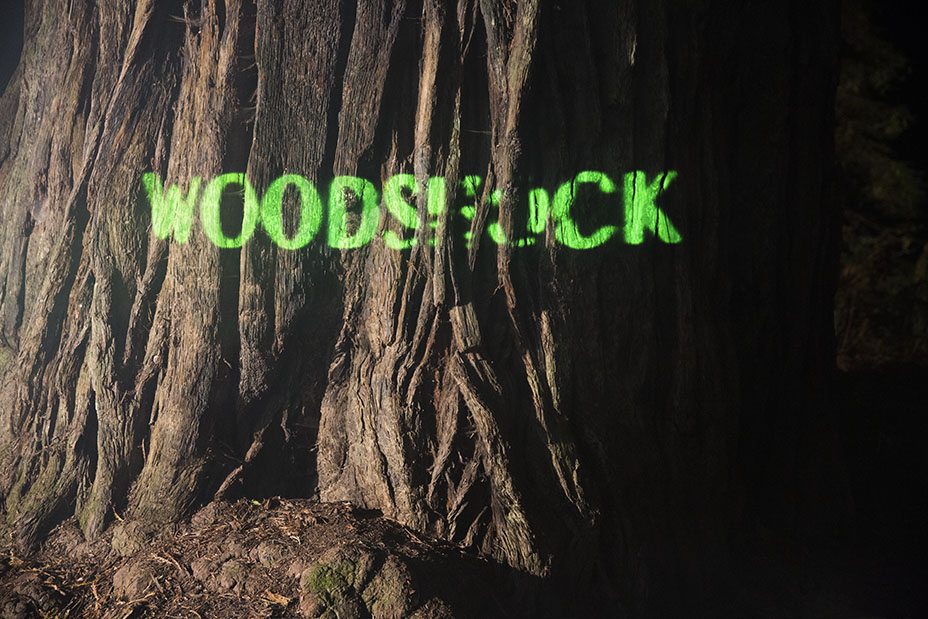 Next year, the designers-turned-filmmakers will mount a fashion retrospective at the National Museum of Women in the Arts in Washington D.C. and Phaidon will publish a book of behind-the-scenes photographs of their career from fashion and film, taken by their friend, the photographer Autumn de Wilde.

Rodarte Romances the Paris Runway With Baby's Breath and Bows

Although reviews of Woodshock have been mixed, the Mulleavys are taking it in stride (reviews of their fashion collections have not always been positive, either), and are already eyeing future film projects. More than commercial success, they’re motivated by staying true to their own creative spirit and provoking emotion, Laura says, and that’s true for their work in film and in fashion. “I want people to see the film and have the experience Kate and Kirsten and I had when we first watched it together and all cried because we were so happy and it meant something to us.”