In its first major fashion exhibition, Washington, D.C.’s National Museum of Women in the Arts showcases the work of Rodarte in a retrospective of the haute couture costumes and red-carpet-worthy gowns that have made Los Angeles sisters Kate and Laura Mulleavy darlings of both the fashion and film industries over the past 12 years.

Arranged thematically over the museum’s entire 2nd floor, the “Rodarte” exhibition includes 90 looks from 18 collections that blur the line between fashion and art, including ballet costumes made for 2010’s Oscar-winning film Black Swan as well as dresses from the sisters’ 2017 film, Woodshock, starring Kirsten Dunst as a woman who descends into mental anguish over the loss of her mother.

“Rodarte burst onto the scene in 2005, taking the fashion and art worlds by surprise with their deeply personal and conceptual approach to fashion design,” describes guest curator Jill D’Alessandro of the Fine Arts Museums of San Francisco. “Rodarte the exhibition explains the distinctive design, material concerns and recurring themes” — such as film, literature, art history and the California landscape—“that position the Mulleavys at the intersection of contemporary art and fashion.” The collections, D’Alessandro says, illuminate the designers’ visionary concepts, their provocative interpretations of modern femininity, and their meticulous couture techniques.

Rodarte's Rain-Soaked Romance on the Runway

Known for their high-concept couture that blends the ethereal with the sublime, the Mulleavys don’t just dip a toe into anything — there is nothing in this exhibit that’s done halfway. Each ensemble is painstakingly arranged and assembled: leather is hand-marbleized, intricate designs are individually perforated or sliced out of fabric, and each pearl and bugle bead is intentionally applied.

Each gallery is set up as a chapter of their careers, the Mulleavys tell THR. “It took about a year to pull everything out [from our collections] and decide which pieces to place in the exhibit,” says Laura, 38. “It was interesting to go through that process, to see all that work over time” — like reading through old diaries, the sisters agreed.

These rooms put the Mulleavy sisters’ distinctive command of their métier on full display, encapsulating their memories and shared influences through the medium of fashion, all presented with an overlay of California dreaminess.

While rarely subtle, some nods are more impressionistic, like the “Magical Beautiful Horror” room, which marries tutus and sweater sets with cobweb knits and distressed details, pushing classic femininity to its darkest edge.

Others are explicit — for example, a series of glittering, hand-smocked gowns screenprinted with images of Star Wars characters and motifs. “The Star Wars dresses came in a collection of ours that was an homage to our childhood, and how much our childhood was linked to cinema,” Kate, 39, told The Hollywood Reporter. Much of their work, in fact, is inspired by the films of their childhood — everything from Robert Altman’s 3 Women to the 1973 Spanish film El espiritu de la colmena (The Spirit of the Beehive). “We’d be sitting at home in our house near Santa Cruz, and my mom would be like ‘hey, we’re going to watch all these Hitchcock films,” and she’d put on Vertigo … and then later that week, we’d be in the actual place where Vertigo was filmed.”

There’s also a series of gowns printed with images of wheat fields inspired by Terrence Malick’s Days of Heaven, “We were playing with light and exploring the idea of technicolor”—an oversaturation of pigment, Kate explains, where the color itself informs the mood of a film.

In addition to their extensive work with Natalie Portman and Kirsten Dunst, the sisters have dressed everyone from Saoirse Ronan to Grimes, but their dream collaboration? “Gena Rowlands,” Kate told THR. “I would love to do anything with her. She’s one of the most incredible actresses of all time.”

The exhibition will be open to the public from Nov. 10 through Feb. 10. The museum will host several events in conjunction with it, including a Rodarte-inspired crafting event, a workshop on fashion illustration and screenings of both Black Swan and Woodshock. 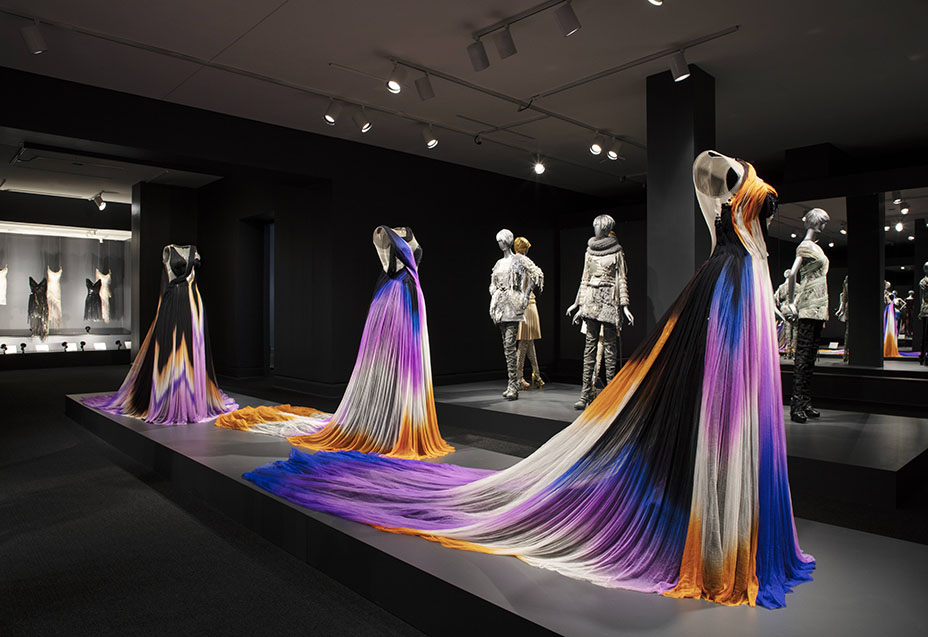 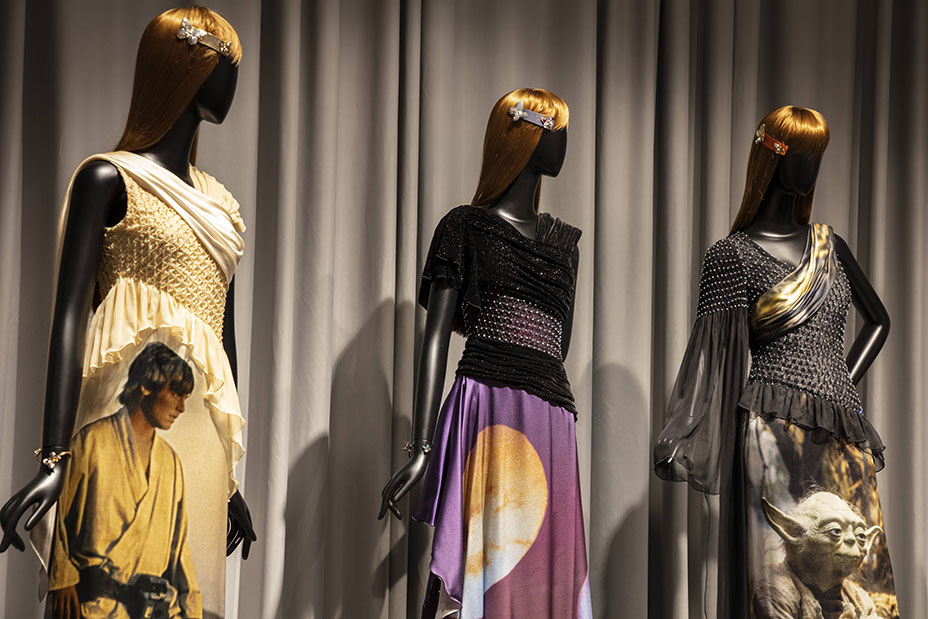 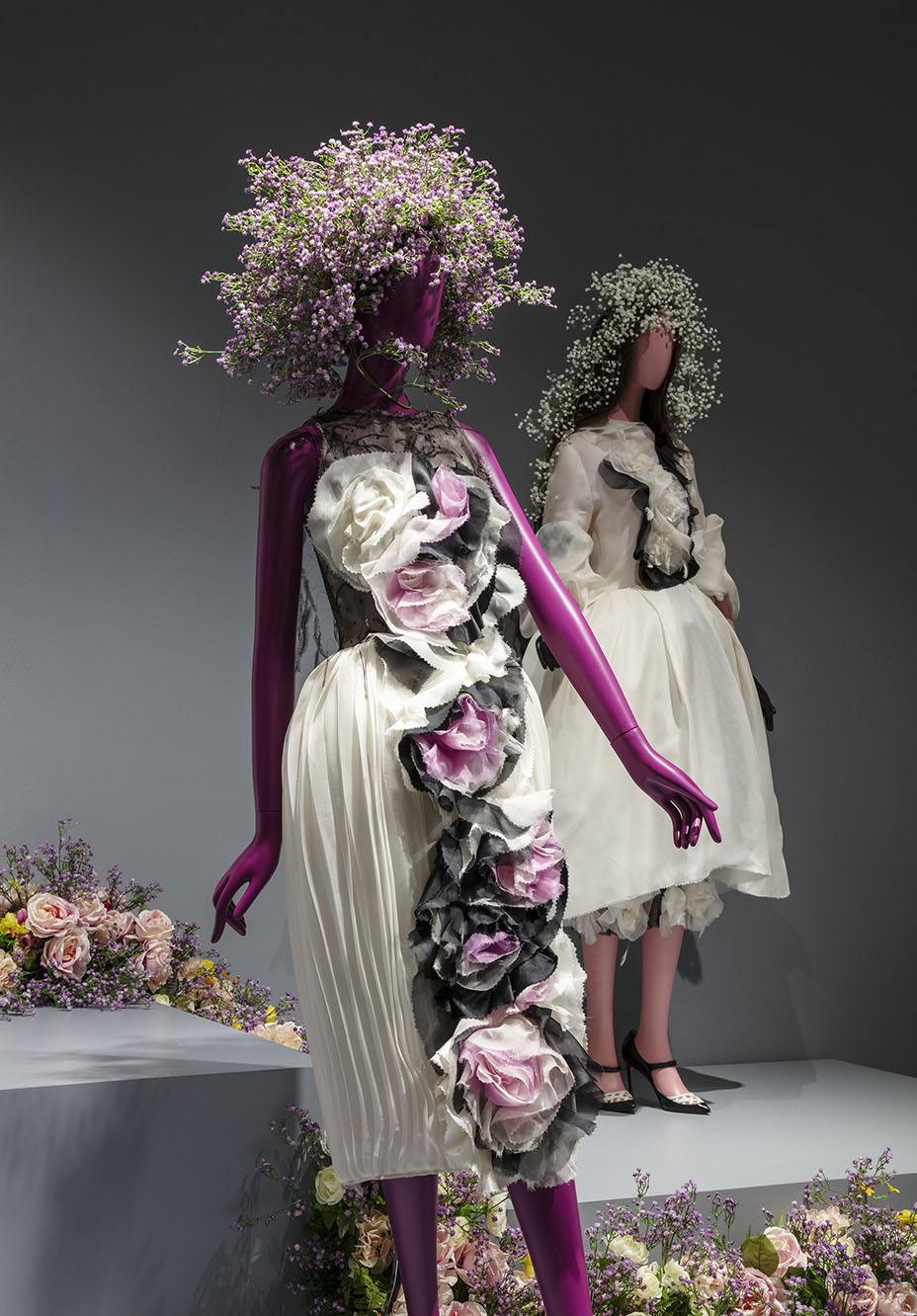 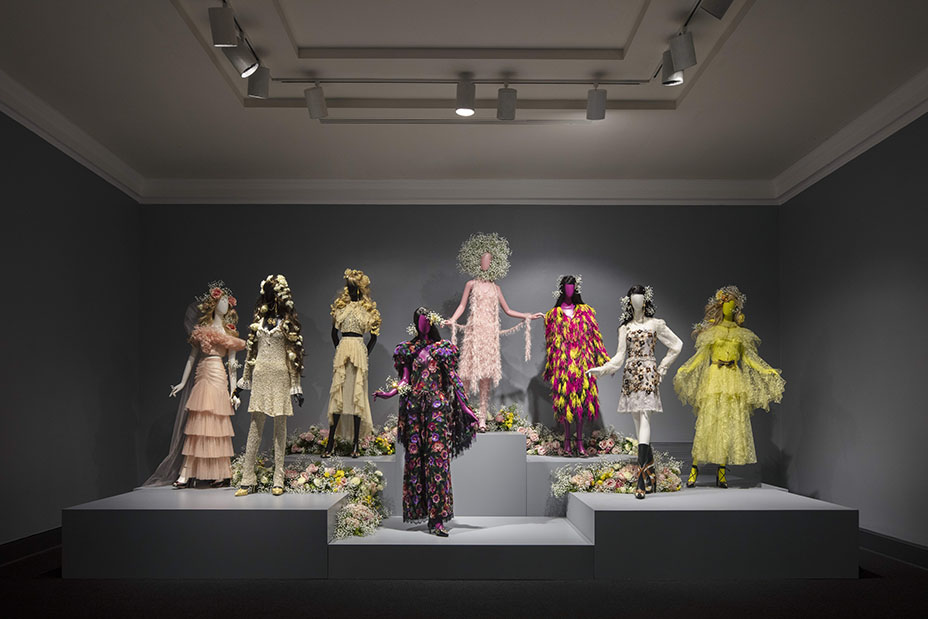 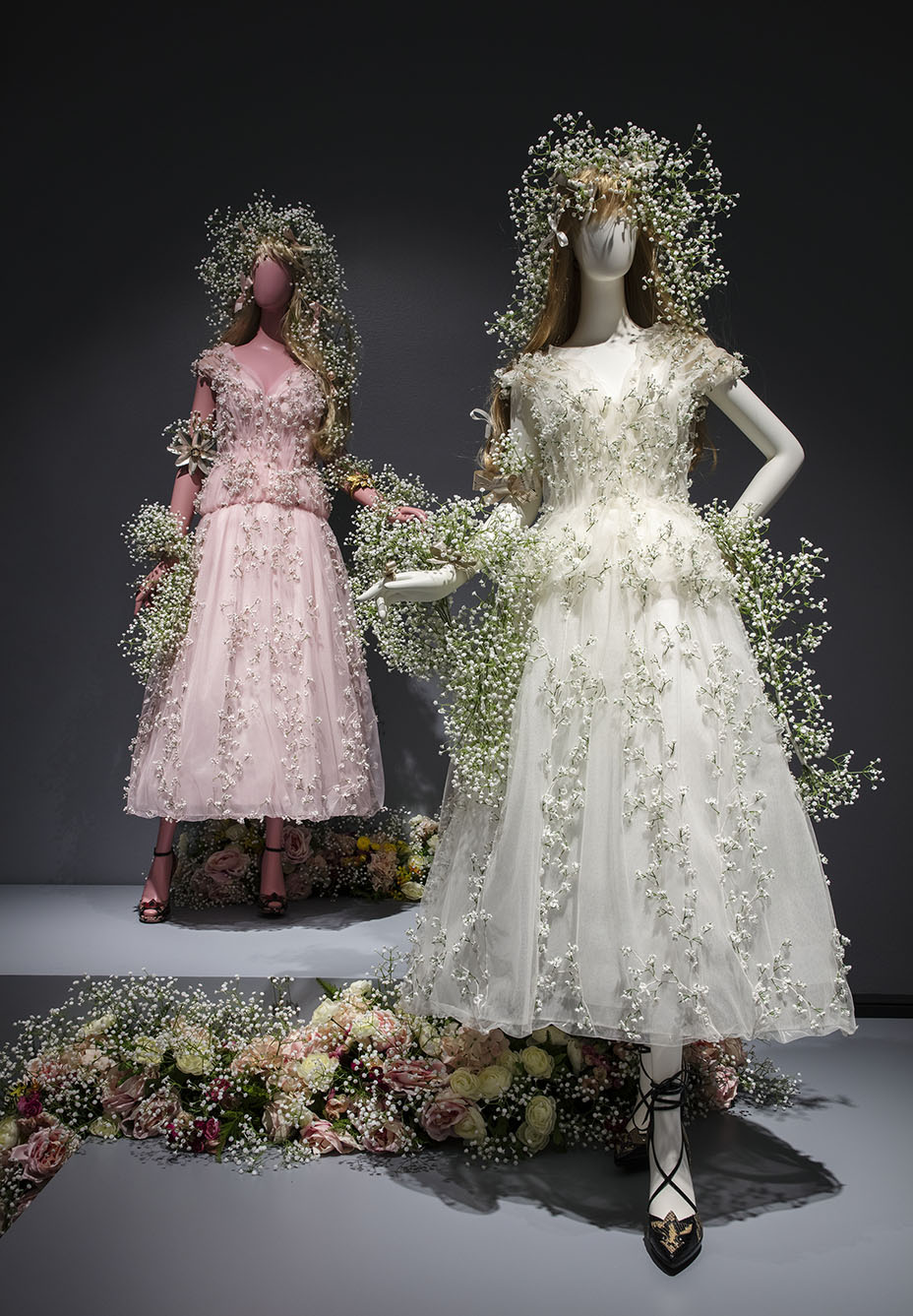 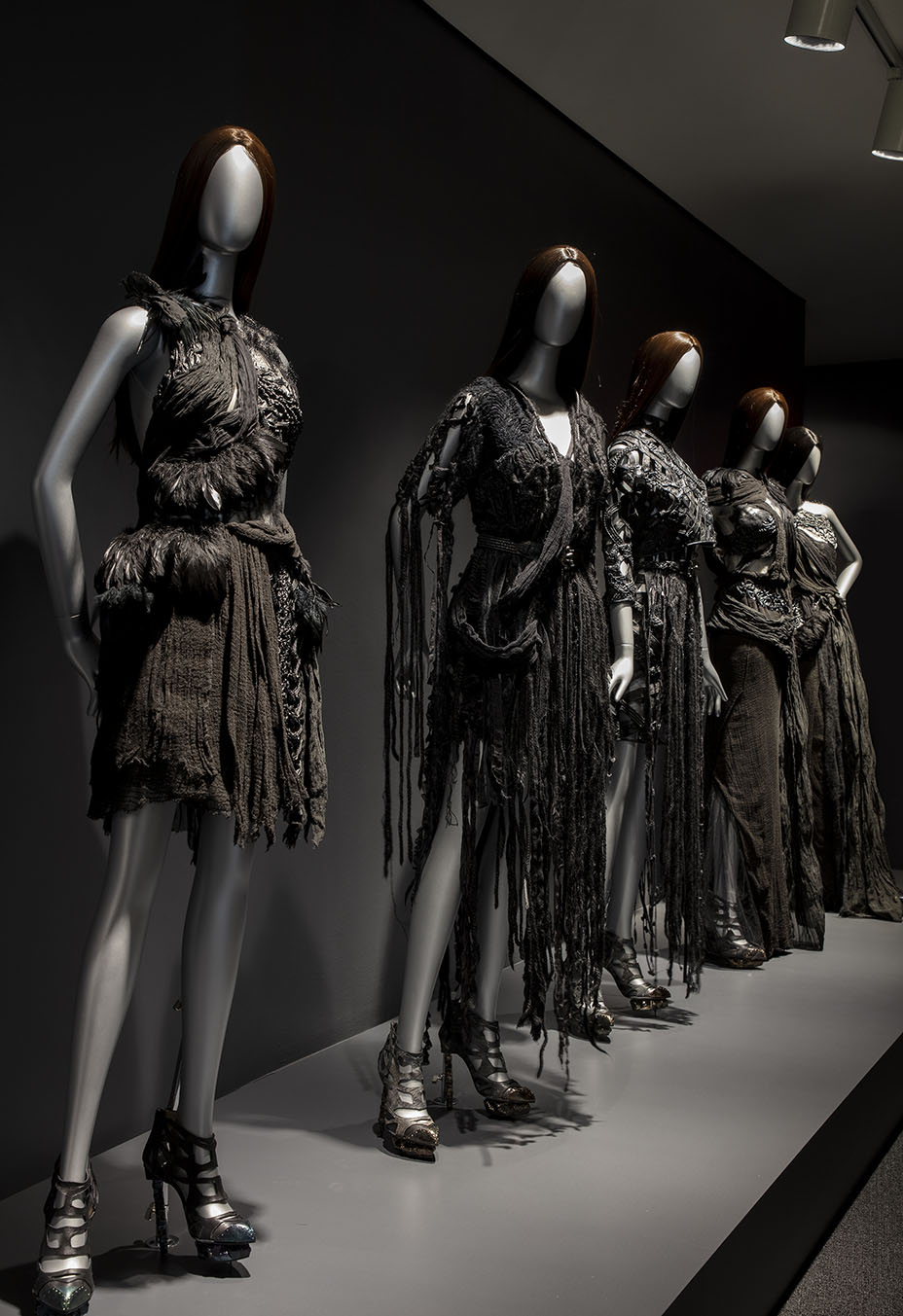