When Disney hosts its star-studded Rogue One: A Star Wars Story premiere on Saturday, guests will be greeted by artwork meant to rub it in the faces of liberal Hollywood that Donald Trump beat Hillary Clinton in the Nov. 8 presidential election.

The artwork, posted at bus stops and other locations near the Pantages Theatre in Hollywood, consists of parodies of the poster for the latest Star Wars film, as well as for the Fox comedy Why Him? starring Bryan Cranston, James Franco and Zoey Deutch.

At the bottom of the poster, the title of the film has been altered to read, “Rogue Won: A Culture War Story.” 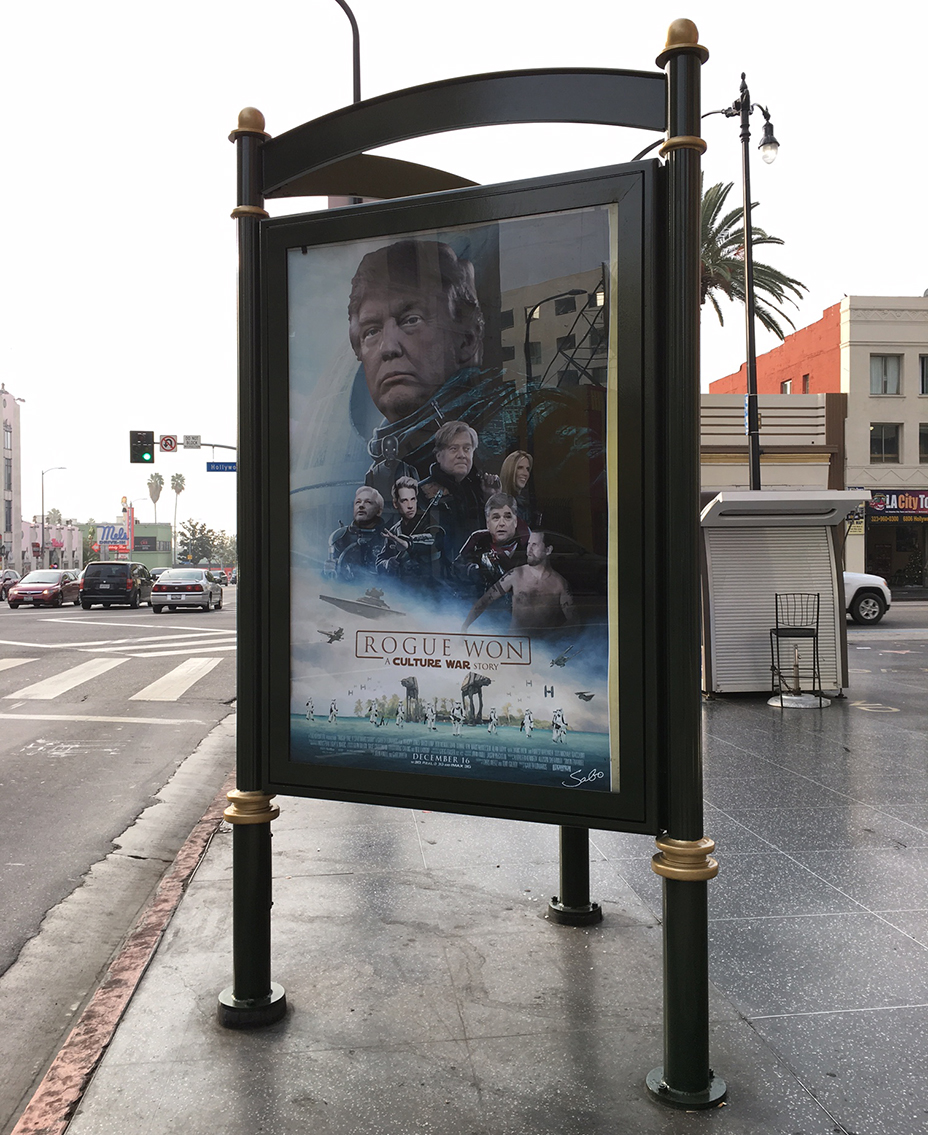 The posters were created by conservative street artist Sabo, who has previously attacked Leonardo DiCaprio, Nate Parker, Lena Dunham, Cher and other celebrities in his artwork. His typical method of operation is to plaster his creations all over a designated area before the sun rises, and the posters usually remain for several hours before authorities — or offended liberals — remove them.

'Star Wars': X-Wing Zooms Into Hollywood for 'Rogue One' Premiere

As for the faux Why Him? poster, it features Cranston, Trump and Clinton in a group hug with the text: “Of all the guys his country could have chosen … ” At the bottom of the poster it reads, “See you in Canada,” a reference to the many celebrities, including Cranston, who swore they’d leave the country if Trump was elected president. 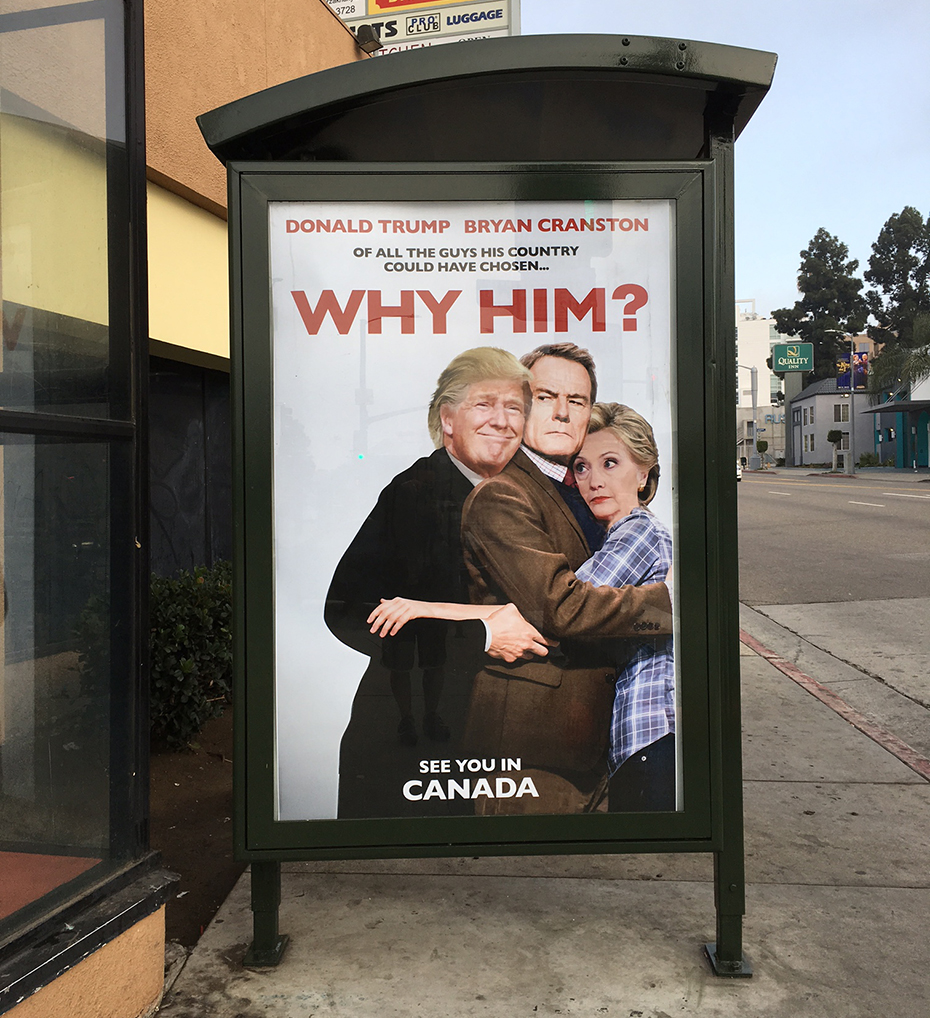 “It does my heart well to know Hollywood went all out producing all kinds of girl-power movies in anticipation of the first woman president only to have their parade totally rained on by a white-skinned, blue-eyed, all-America-loving, pussy-grabbing blowhard of a man’s man,” Sabo told The Hollywood Reporter.

“I’ve never seen Hollywood’s panties in such a bunch, and it was well worth the price of a vote,” he said. “To think: Hillary had just about every facet of the media pulling for her. I’d never seen the mainstream media sell their souls for a candidate the way they did for Hillary, and she still lost.” 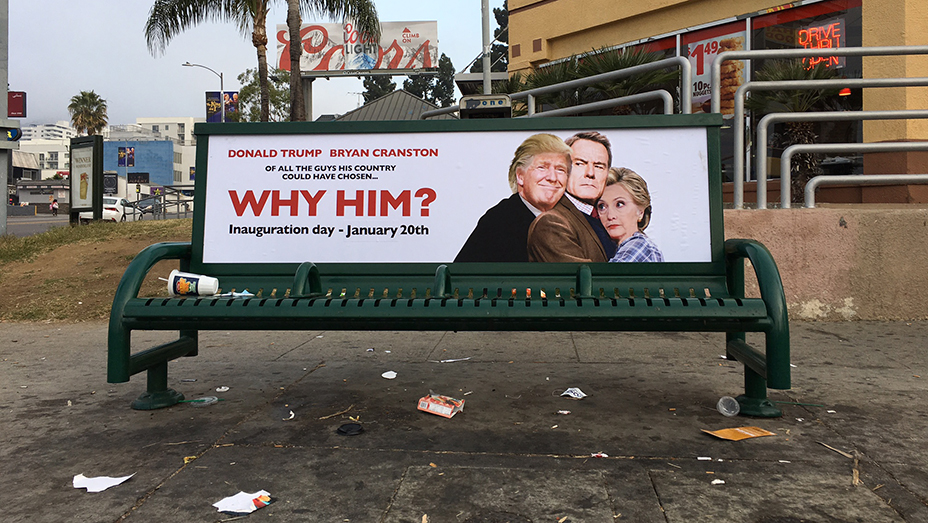