Continue to The Hollywood Reporter SKIP AD
You will be redirected back to your article in seconds
Skip to main content
February 12, 2019 7:30am

Yalitza Aparicio was planning to pursue a career as a schoolteacher when her older sister, a singer, dragged her to a casting in Oaxaca for Alfonso Cuaron’s epic black-and-white family drama, Roma. Cuaron met with more than 3,000 women all over Mexico while searching for his lead, and says he knew as soon as he met the 26-year-old Aparicio that she was the right one to play Cleo, a domestic worker who looks after an upper-middle-class Mexico City family in the early 1970s. To help prepare for the role, Aparacio talked with Liboria Rodriguez, the real-life inspiration for Cleo, with whom Cuaron has maintained a close relationship.

What parts of Cleo were easiest for you to play?

The love she has for her adopted family. They form a part of her. I’m very attached to my family, even overprotective of them.

What did you learn from talking to Liboria Rodriguez before filming?

She said that Alfonso gave her a hug the first time they met. That also she felt like the children were her own children. Later, she said she liked how I represented her. That was nice. 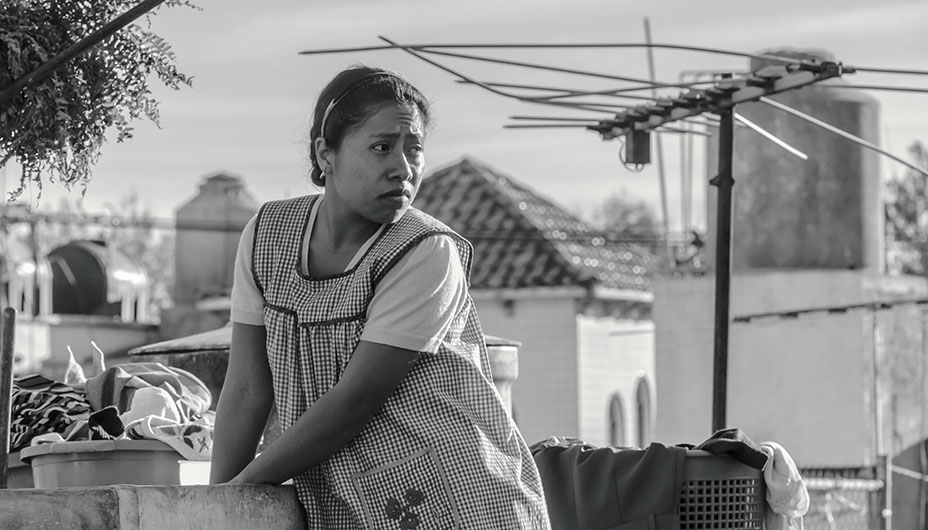 What’s your experience with racism in Mexico?

I felt it quite strongly. I’ve been discriminated against because of the color of my skin. When I was a kid, I wasn’t allowed into certain groups, for example. Also, my mother works in a house. Sometimes people didn’t see her work as dignified, and that was hard.

How has this Hollywood experience been?

It’s marvelous. I’ve always been very shy, and it’s surprising how I got over this. People are sending me beautiful messages. They’ve told me that to see me this way is like a source of inspiration for them, that they feel they can be in a movie, or on the cover of a magazine, regardless of their physical appearance. It’s a marvelous thing.

The Politics of 'Roma': A Journey Through Mexico City's Turbulent Past and America's Divided Present