Continue to The Hollywood Reporter SKIP AD
You will be redirected back to your article in seconds
Skip to main content
August 17, 2017 8:30am

Ron Howard wanted to capture the sheer chaos of The Beatles concerts from 1963 to 1966, the height of Beatlemania. If Emmy nominations are any indicator, he more than accomplished that goal with Hulu’s The Beatles: Eight Days a Week — The Touring Years. The rockumentary was nominated for five Emmys (nonfiction editing, sound editing, sound mixing, writing and outstanding documentary or nonfiction special).

A Beatles fan, but not an “encyclopedic,” the Oscar-winning director told THR that he wanted to give hard-core and casual fans a lesson in what it was like for the band to perform in sold-out arenas packed with so many high-pitched concertgoers that they couldn’t hear themselves play.

With the help of music producer Giles Martin, son of the late, legendary “fifth Beatle,” music producer George Martin, and three-time Oscar-winning recording mixer Chris Jenkins, the doc features concert footage from around the world and candid interviews with Paul McCartney and Ringo Starr. Howard spoke to THR about his process.

What was your goal when you became involved?

My mandate to myself was I wanted dedicated, loyal fans with decades of knowledge to feel respected and rewarded by the documentary. And I wanted people who thought they knew the story to really understand how fascinating, complicated and powerful [The Beatles’] impact was and their story was. I really wanted to speak to both of those groups. 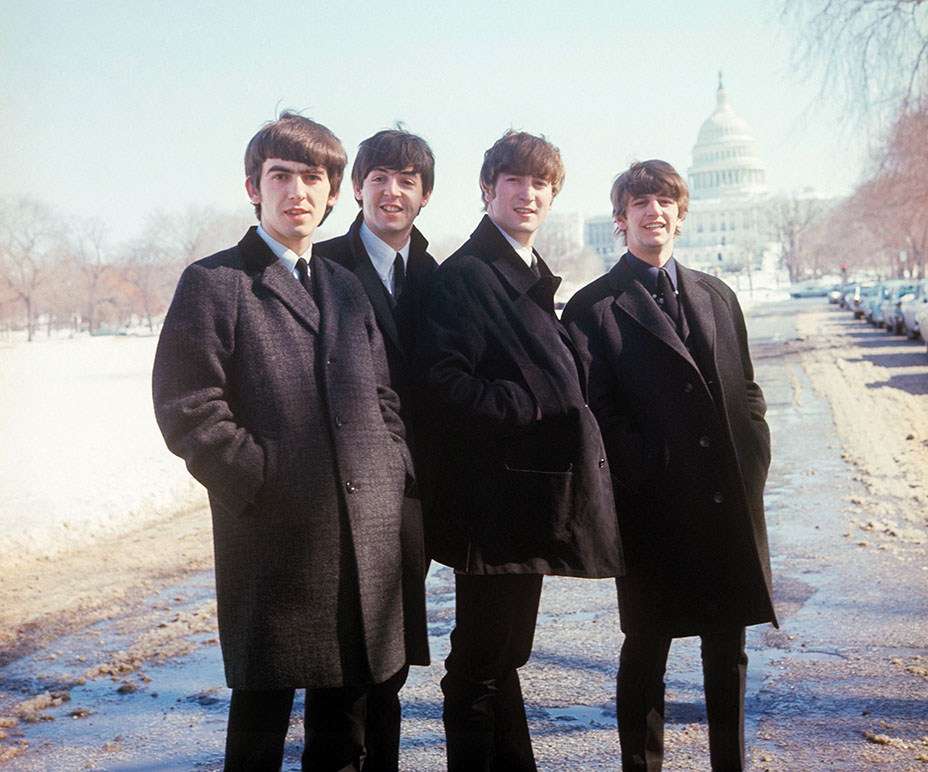 What was the most vital aspect of nailing the chaos of seeing The Beatles live?

We had the benefit of Sir Paul and Ringo, who were willing to lend a perspective on the experience that they almost have never been willing to do before. And we did two interviews with each of them, and in the second interviews — because they saw some edited footage and saw the very personal, human-interest approach I wanted to take with the story — gave more of themselves to the point where it was very moving to be around it and to be a part of it.

Some photos showed The Beatles’ original drummer, Pete Best. Was he asked to be involved?

Not so much. This project has been germinating for a while, and by the time I got involved, we had all of the band footage together. We had all the bootleg soundboards that Giles Martin was going to be able to use to create a great, sonic experience for movie audiences. And I think we knew that Pete Best wasn’t particularly interested in talking to us.

The footage is so clear. Was it hard to obtain?

Giles is a Grammy-winning producer and engineer and is brilliant. Early on, I was able to meet with him and find out what he could do with the sound. Chris Jenkins, who is an Oscar-winning mixer, brought a lot to it. I was excited by the new footage and in creating more definition and clarity in the concert sound and imagery than before.

Get to Know Ron Howard: