Ronnie Taylor, the British cinematographer who twice stepped in to save Richard Attenborough’s towering 1982 production of Gandhi, then shared an Academy Award for his efforts, has died. He was 93.

Taylor died Aug. 3 in Ibiza off the coast of Spain after suffering a stroke months earlier, a spokesperson from the British Society of Cinematographers told The Hollywood Reporter. He was president of the organization from 1990-92.

Taylor also lensed Attenborough’s A Chorus Line (1985) and the apartheid drama Cry Freedom (1987), and collaborated on three films with director Ken Russell, including the rock opera Tommy (1975), on which he came aboard after the original cinematographer, Dick Bush, left over a disagreement.

He cut his teeth as camera operator to the legendary cinematographer Freddie Francis on such notable British films as Room at The Top (1959), Saturday Night and Sunday Morning (1960) and The Innocents (1961). He also shot Francis’ directorial debut, Two and Two Make Six (1962).

For Gandhi, Attenborough’s 191-minute biopic on the Indian activist, the principal director of photography was Billy Williams (On Golden Pond).

However, six weeks into the shoot, Williams suffered a slipped disc in his back. “We had to find someone to take over for me, and I suggested Ronnie Taylor, whom I worked with when he was a camera operator,” Williams said in a 2017 interview.

Taylor had worked with Attenborough as a camera operator on Attenborough’s first two films as a director, the comedy musical Oh! What a Lovely War (1969) and the biopic Young Winston (1972).

So, Taylor received an early morning call asking him to come to India to rescue the production. The first scene he photographed was the astonishingly detailed re-creation of Gandhi’s funeral in January 1948. Taylor used nine cameras, including a Steadicam, to film some 300,000 film extras, a Guinness world record. The turnout was made possible as the scene was done on a public holiday that commemorates India’s independence.

Williams returned as cinematographer after four weeks but re-injured his back, and Taylor was brought back to complete the scenes in India.

“Billy and I did about 10 weeks each on the picture,” Taylor told the British Cinematographer magazine. “Richard Attenborough decided that if there were going to be any nominations, that Billy and I should share the credit.”

Not only were they nominated for an Academy Award, they won, but Taylor was not present on Oscar night. Williams accepted their trophies, saying, “I’m very happy to share this great honor with my good friend Ronnie Taylor and to also share it with our superb camera crews, grips and electricians, Indian and British, who, working in harmony, shot this unique film.”

Taylor was born on Oct. 27, 1924, in Hampstead, London. He studied radio communication in the hope of joining the Royal Navy, but a tour of Gainsborough Studios changed all that, and he wound up in its sound department and then its camera department.

His first jobs were as a clapper on Carol Reed’s biopic The Young Mr. Pitt (1942) and then as focus puller, and after a stint with the Merchant Navy, he joined Pinewood Studios on Boys in Brown (1949), starring Attenborough.

Taylor was camera operator on the 1977 biopic Valentino, the 1978 remake of The Big Sleep and the best picture Oscar nominees Barry Lyndon (1975) and Star Wars (1977). He initially felt unimpressed with the last one: “At the time we were making Star Wars, most of the crew thought we were making a load of rubbish,” he said, “obviously to be proved completely wrong.”

It was while working as an uncredited camera operator on the crime drama Secret People (1952) that he met his future wife, Mary Devetta, a secretary to directors Robert Hammer (Kind Hearts & and Coronets) and Charles Crichton (The Lavender Hill Mob).

Taylor is survived by his daughters, Tracey and Nikki, and two grandchildren. 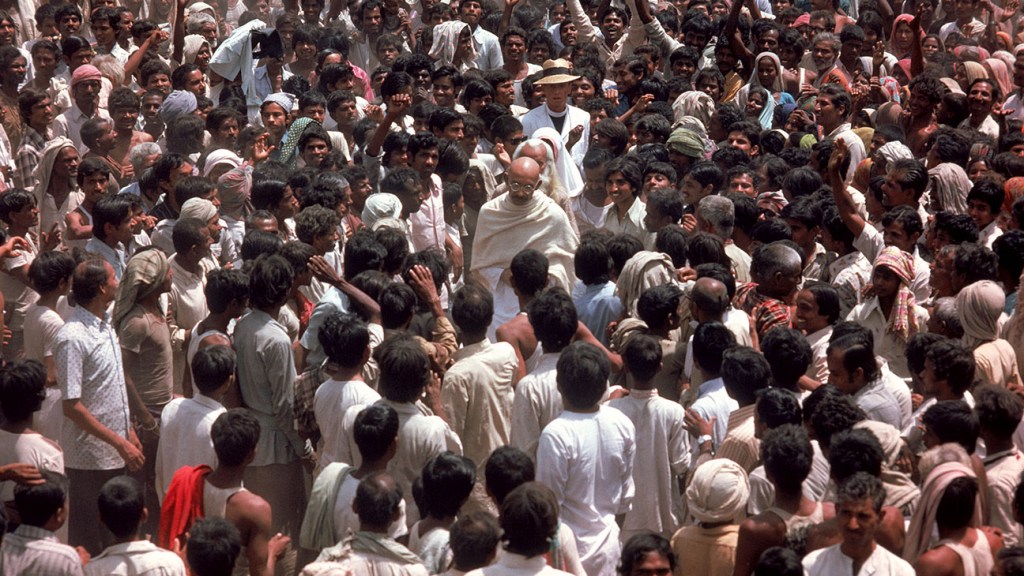