Continue to The Hollywood Reporter SKIP AD
You will be redirected back to your article in seconds
Skip to main content
March 8, 2019 4:50pm

Rosanna Arquette celebrated International Women’s Day by reflecting on what she’s learned from the #MeToo movement. The actress spoke out against Harvey Weinstein in 2017 and on Thursday, said, “I never thought I’d see this in my lifetime,” while delivering a speech about her fight for gender equality.

“I’ve thought a lot about sisterhood in this last year and a half, during which many women have bonded as sisters over advocating for other women. I’ve seen the word in action,” Rosanna told the Spago Beverly Hills crowd while being honored by nonprofit Visionary Women alongside her sister Patricia Arquette.

“We have had each other’s backs. Me too has become we too,” she continued. “It’s been an astonishing moment and I never thought I’d see this in my lifetime. It has been so beautiful to witness the way women have stepped up for each other when bad things happen to you.… I have emerged from it all with a new understanding of sisterhood and its meaning and more importantly, its obligations.”

She told The Hollywood Reporter she’s especially grateful to be working on Ryan Murphy’s upcoming television show Ratched, based on One Flew Over the Cuckoo’s Nest, due to the difficulty of finding work after denying Weinstein’s advances.

“Through the years I lost a big chunk, but I always work, but it was strange. To have somebody believe in me and what he’s done with women who are incredible actresses like Jessica Lange…to give them an opportunity like that to be able to do your work with somebody like him is a gift,” Arquette told THR. (The actress joins Sharon Stone, Cynthia Nixon, Amanda Plummer and Sarah Paulson in the Ratched cast, with the latter also executive producing.) 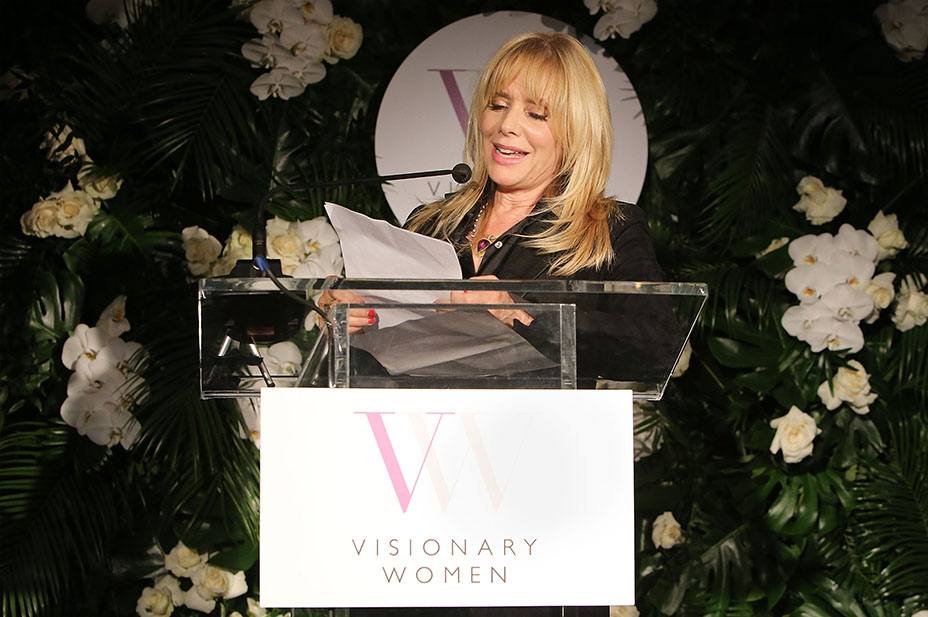 “They’re both just such incredible activists,” David Arquette told THR of his sisters. “Rosanna is always continually fighting for the underdog. She’ll always stand up. She’s an incredible force.”

He added that Patricia Arquette calling for equal rights when she won her Oscar for Boyhood “showed a lot of foresight on her part that it’s such an important cause, that it’s time to start dealing with it and paying women what they deserve to be paid.”

Patricia Arquette, 'Escape at Dannemora' and Her Year of "Complicated Monster Women"

The sisters pushed for gender equality in their speeches, with Patricia advocating for water resource management amidst climate change, the Equal Right Amendment to be passed, pro-choice legislation, ending the gender wage gap for transgender people of color and helping single mothers in poverty, who live off of the minimum wage.

She thanked her mom, a Civil Rights activist who went to college at age 16. She said their mother, Mardi, stayed married to their straying father in order to keep her health insurance while she had breast cancer. “Behind every great man, sometimes there’s a women who’s terrified she’ll be dropped from her insurance,” Patricia concluded. “I became an accidental feminist. Somehow along the way I tripped over life lessons that brought me here.”

The actress proudly told THR, “I’m looking around and I’m seeing all these badass women.” 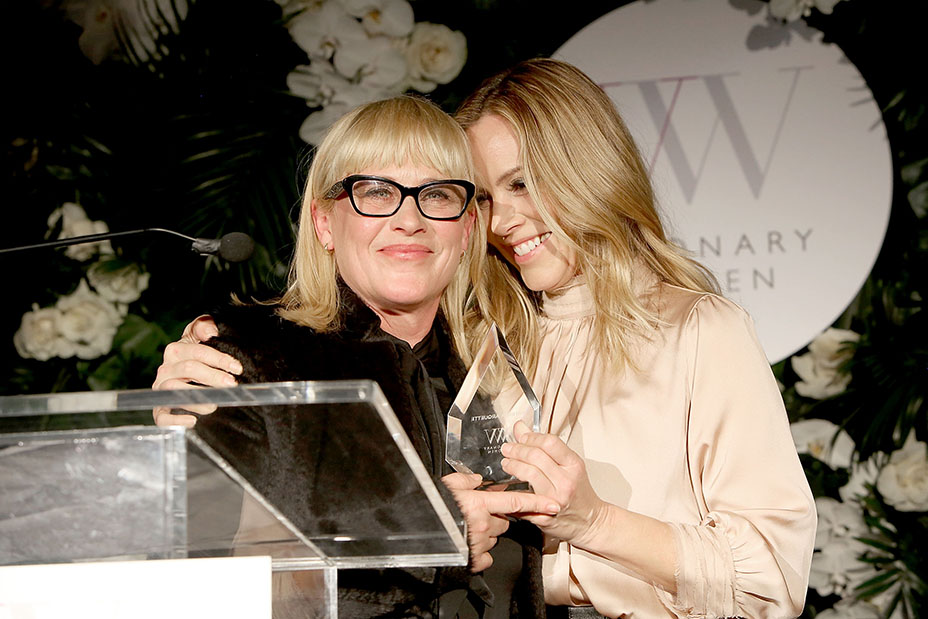