While the decision to join may have been too easy, describing her character is anything but. The actress plays Faith Brewster in the Focus Features release, a smooth-talking spinmaster sent by the Republican party to disrupt Democratic nemesis Steve Carell’s shenanigans in a small-town mayoral race in Wisconsin. Byrne has called Brewster everything from a Terminator-style operative to a “smiling, ruthless assassin,” so she couldn’t wait to sink her teeth into the Plan B-produced film, written and directed by the Daily Show veteran. On a recent morning, The Hollywood Reporter caught up with the Australian actress to talk about how she prepared, her wild first day and why she’s next jumping into the world of aerobics for Apple TV+.

How does one get to be in a Jon Stewart movie?

I was so lucky. He approached me and we had a couple of great conversations on the phone. I am such a fan and I’ve also been like, “Where have you been? We need your voice.” And he ran and hid behind the chair. (Laughs.) And I’ve had a longstanding acting crush on Steve Carell. I’ve also really long been a fan of Broadcast News and The Newsroom and so forth. So, I was very excited to be part of the project as a whole.

And then to play Faith Brewster, somebody you have described as “a smiling, ruthless assassin.” What else would you say about her?

She’s truly a political animal. You know, they say, you get a lot of blood on your hands in politics. She not only enjoys it but sticks out the fight. She’s like a Kellyanne Conway or a Phyllis Schlafly, if you will, as a reference Mrs. America. She has that about her. It’s a blood sport, for sure.

With a writer and a satirist like Jon Stewart, I imagine so much of what you needed was on the page, but how was he as a director in helping inform your process?

It’s a very specific world, this Washington machine. He was so specific about how it works, the people and the world that they live in and revolve around, and the relationship that Gary and Faith have. He referenced that famous documentary, [1993’s The War Room] as there were characters in that he was inspired by and wanted to talk about. He’s also disarmingly down to Earth. Jonny loves to get your instincts on things. He’s very collaborative. It was also a very fast shoot. We didn’t have much time, so it was diving in and trusting the script. He is unique and effortless in his ability to treat it all with humor.

You’ve said that you watched Fox, MSNBC and CNN to prepare. What did you learn from that? Because it can, at times, be so theatrical.

Which as an actor can be so fun. It’s such a great stage but obviously incredibly terrifying because people get their information from these places and they believe it and they live and die by it. What shocked me was the amount of money that is involved and the system in place for hiding money and funneling money and how it’s completely fraudulent. That has to change. I thought I knew a little bit about that, but I [realized I] didn’t really, once I started talking to Jon and researching and trying to really understand the complexities of it. It’s a political science, and it’s very true. In a way it was a really interesting companion piece to Mrs. America, which came afterward for me. Mrs. America reverse engineers history to see where we are today, and Irresistible was very much landing me there. So, it was a very interesting year for me to explore those worlds thinking I knew or understood it but realizing that I didn’t because it’s incredibly complex. 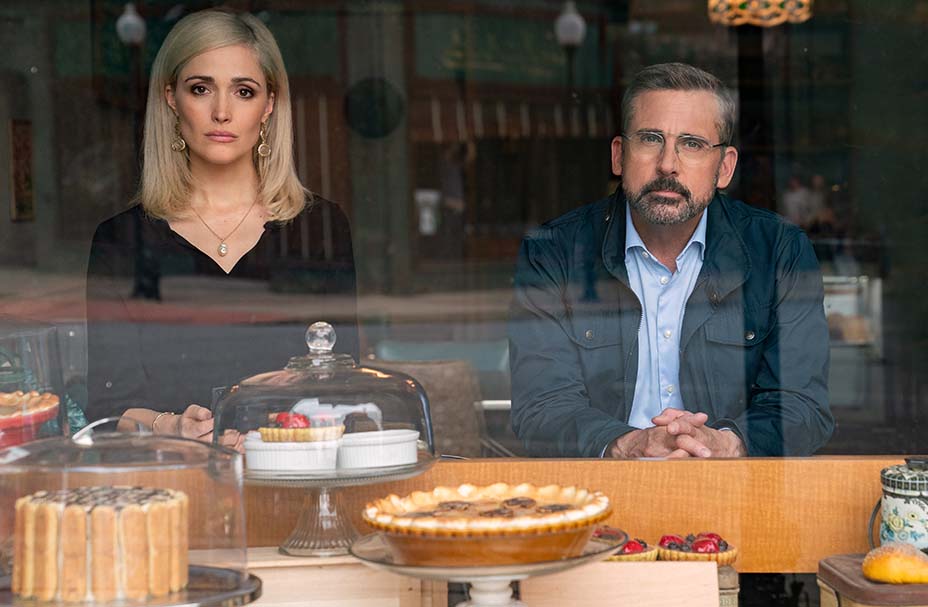 I have to apologize because I’m sure everyone is bringing this up, but I must ask about licking Steve Carell’s face …

(Laughs.) Yeah. That was my first day, my first thing on set. And we were dying, we were laughing. It was so funny and I kept falling over in his bag and I was nervous. It felt like, oh God, this is terrible, I’m doing such a bad job.

I see that you have some projects on your schedule coming up once production shifts back into gear. How do you feel about returning to work?

I’m in the same boat as everybody. We’re all waiting to see. I think we all miss work and there are so many people out of work because the business creates so many jobs and that’s crucial. The information is changing daily. It’s a big lesson in patience and we’re taking it day by day, to be honest, one day at a time.

One of those projects is a show for Apple set in the world of 1980s aerobics. What drew you to that project?

In a funny way, it sort of picks up where Mrs. America leaves off. It’s set in 1980 and [President Ronald Reagan’s] America. It’s a woman who is a former activist and she discovers aerobics. Again, it felt like a continuation of that conversation. I really love Annie Weisman, the creator. We hit it off and I love the tapestry of the show. It’s very personal for her and I’m excited to do it — and obviously get my aerobics in.

Have you been able to dive into anyone else’s work, and are you bingeing anything during this quarantine or catching up on old films or TV shows?

We binged #BlackAF. [Kenya Barris] is a really good friends of ours, so that was awesome. I just thought it was so funny and unique. I hadn’t seen anything like it; I just loved it. We’ve been revisiting Sopranos. We started from the beginning and it’s been fantastic. The whole show! I’ve been reading, I’ve been reading a lot of books, which has been good to have that time when I’m not chasing small children.

How has it been to be home with your family? Actors with demanding careers and successful careers are always flying off to location or to do press or something. So, what has it been like just to be home as a unit?

It’s been madness and brilliant. We’re used to having the lives of two working parents, so you’re juggling constantly. This has been very much a period of taking a breath and going OK, (exhales.) Raising children is definitely the hardest job in the world. I’ve been learning a lot. My kids are so little that I haven’t had to do much homeschooling and that to me sounds very daunting from what I’ve heard from all my friends. One of my kids does a little daycare, but it’s very brief and half of them are on not onscreen or they’re crying. It’s probably a good thing I haven’t had to do any homeschooling. 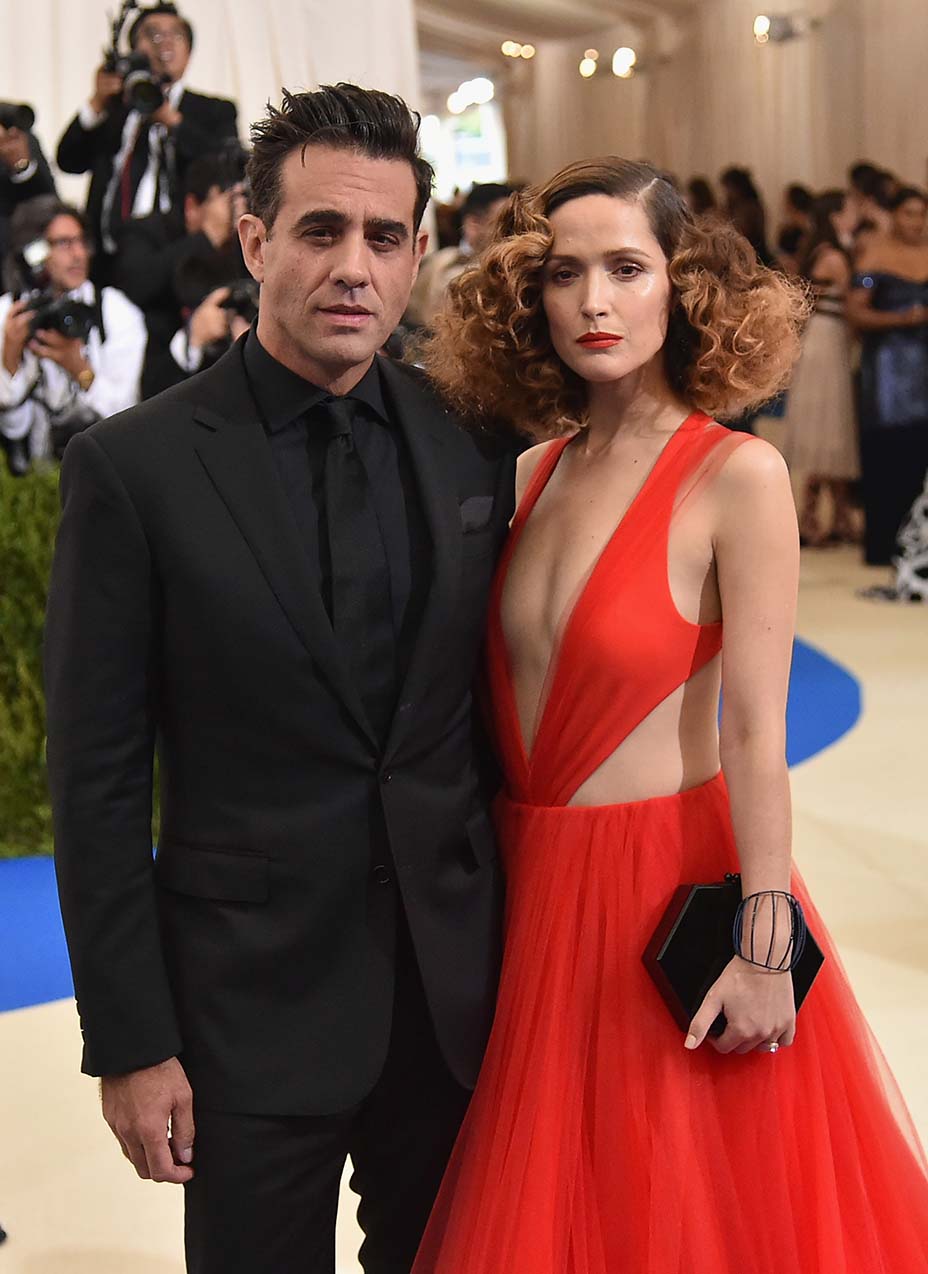