In addition to her roles in Scream, Death Proof and the series Charmed, one of the things many fans think of when they hear the name Rose McGowan is the legendarily barely-there dress she wore on the red carpet at the 1998 MTV Movie Awards alongside then-boyfriend Marilyn Manson.

The actress — currently on a publicity tour to promote her memoir Brave and limited series Citizen Rose — stopped by the Dr. Oz Show on Thursday to talk about the anti-sexual harassment movement she helped kick off last year by speaking out about the abuse she says she suffered at the hands of disgraced former studio mogul Harvey Weinstein.

But she also revealed another secret she’d been holding for many years: That dress was actually her silent form of protest against Weinstein, who McGowan has claimed raped her; Weinstein has denied the allegation.

“It was after I wore the crazy dress, right? But that crazy dress … and I talk about it in the book, why did I wear that? That was my first public appearance after being sexually assaulted,” she told Oz. “I was like, ‘Is that what you want?'” At the time, the dress, which was essentially a thong bikini covered by a shimmery string of beads, was viewed as an attempt by McGowan to flaunt her assets alongside the goth rocker. But McGowan said that was not at all her intention.

“I’ve never worn something like that before or since,” she explained. “That was a political statement. … Of course, there was no Twitter at the time or Instagram, no way to speak for yourself.” (Click here to watch a clip off the Oz interview.) McGowan has made a series of talk show appearances this week promoting the book, including a contentious book signing on Wednesday night in New York, at which she reportedly got into a shouting match with a trans woman about one of McGowan’s earlier comments regarding violence against the trans community. 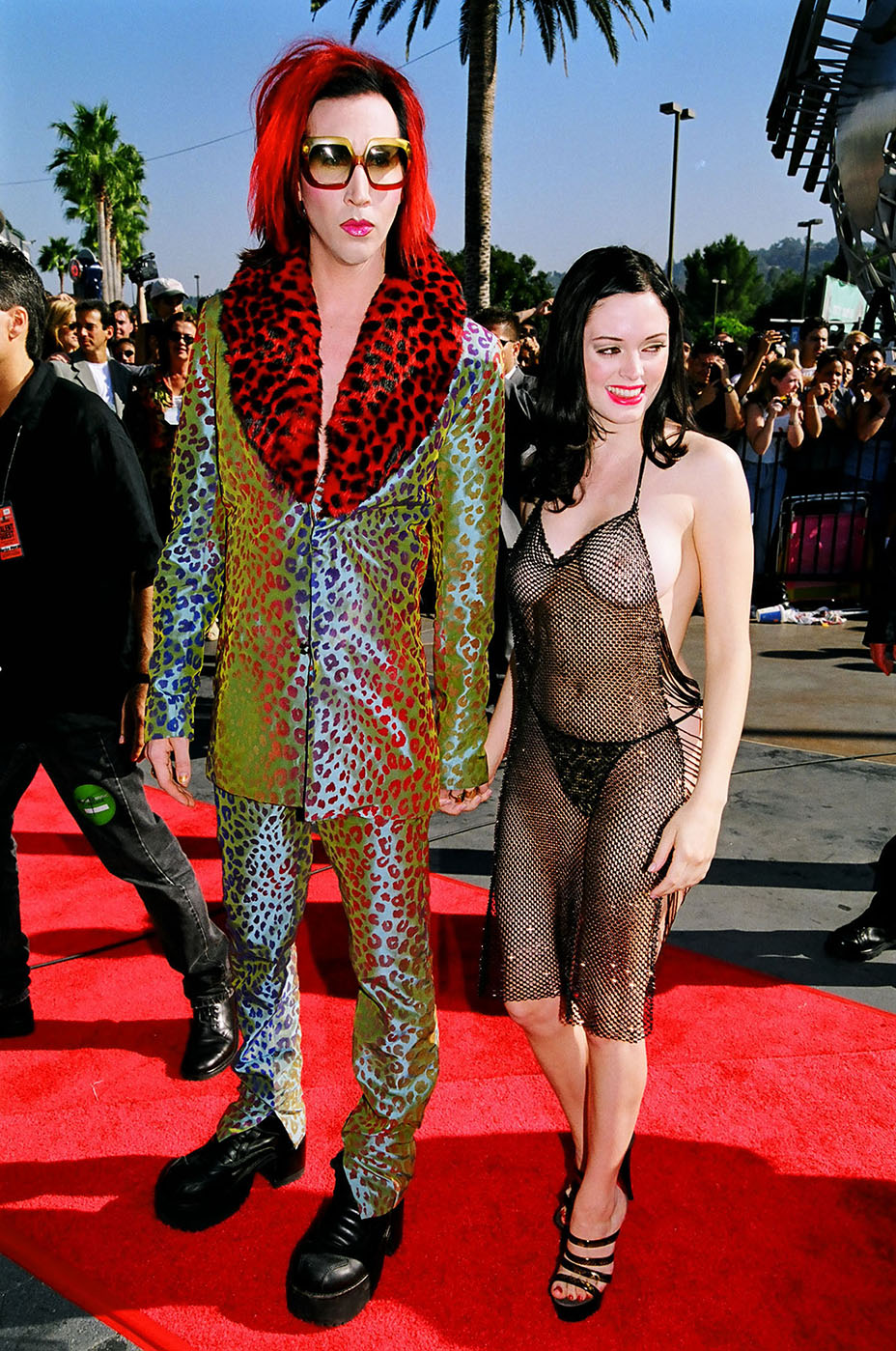 She later claimed in an interview with writer Ronan Farrow on Thursday that she thought the heckler was a “paid plant. … I had people watching the exchange, how it handed off”; she announced later in the day that she would be canceling all future public appearances. “I have given beauty, in return I was VERBALLY ASSAULTED for two full minutes @BNBuzz by an actor paid to verbally assault a woman who has been terrorized by your system,” she wrote.