Bruce Helford has has hands full with the Roseanne revival, but the co-showrunner and his wife, Jan Corey Helford, have managed to fit a side project in their fingers with roots far from network TV. Actually, closer to a trash-filled alley in downtown Los Angeles.

The couple has opened doors to their Corey Helford Gallery space (571 S. Anderson St. in downtown) to reveal a brand-new cardboard-only exhibit from artist duo Dosshaus, a collaboration of Zoey Taylor and David Connelly. Titled “Paper-Thin Hotel,” the unique exhibit transforms CHG’s Gallery 2 into a flophouse hotel of sorts — think New York’s infamous Chelsea Hotel — complete with seedy hotel re-creations that are made entirely of used, abused and recycled cardboard.

The exhibit opens with a cocktail reception April 7 and will be on view through May 5. Taylor and Connelly — known for work that mixes painting, sculpture, installation, photography, fashion, video and performance to present fantastical worlds — actually used recycled cardboard from L.A. alleyways along with paper and acrylic paint. There’s a lobby and four rooms depicting different people, themes and cultural references. As for the guests, Taylor and Connelly will also appear in person in character as hotel guests, wearing ensembles made entirely of cardboard.

According to the gallery’s official description: “Each room is separated by a thin, cardboard-covered wall. They are the literal representation of a flophouse hotel’s “paper-thin” walls from which the show takes its title. There is no illusion of privacy within this hotel. In that, the hotel can be seen as a metaphor for a modern, social media saturated world.”

The Hollywood Reporter caught up with Bruce and Jan to get their take on why they had to book a stay in “Paper-Thin Hotel,” and with Bruce, specifically, on whether a Roseanne cutout could make the cut for the CHG, a gallery which is now been in business since 2006 after first opening doors in Culver City before moving downtown in December 2015 to a 12,000 sq. ft. building seven times larger than the original venue. 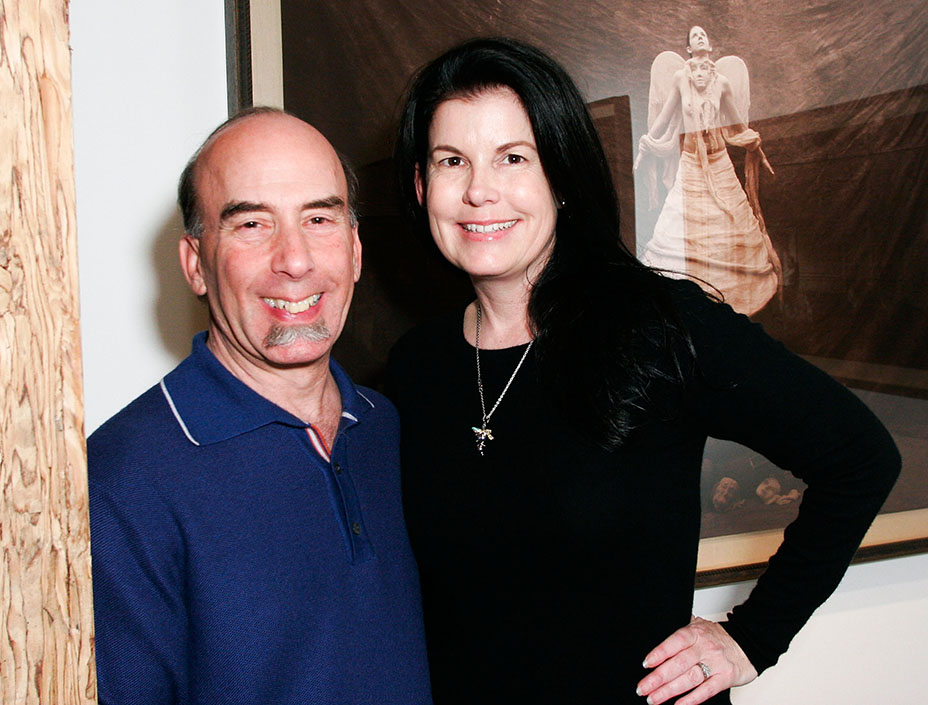 What about Dosshaus’ “Paper-Thin Hotel” made you want to host the exhibit in your gallery?

Jan: Well, first our director, Sherri Trahan, saw their work and called me on the phone screaming, “We have to show these artists. I’ve never seen anything like it!” And we trust her taste. We also love the immersive aspect of their installations. Viewers are going to walk through three rooms of a cardboard hotel, with painted cardboard-sculpture decor. The detail is incredible.

What is it about flop house hotels that inspires such fascination?

Bruce: It’s where hard lives come to rest. There are stories in the remnants left behind in the rooms.

How does “Paper-Thin Hotel” compare to other exhibits you have hosted?

Jan: We’ve had everything from Ron English’s Bigfoot family camping trip to Camille Rose Garcia’s haunted forest to D*Face marrying couples with a chapel dangling over their heads. This is entirely different and exciting because everything from the beer cans to the TVs to the juke box — made from Taylor guitar boxes donated by Jonesy [Steve Jones of the Sex Pistols] — are cardboard sculptures that collectors can purchase.

I imagine the gallery requires you to flex or at least get in touch with other creative muscles that you’re not using on network TV. Is that true? If so, what does it add to your life and career?

Bruce: Sitcoms are a word medium. We have long scenes and the dialogue drives the story. The visual impact of a painting blows me away because of the economy of the message. Everything that needs to be said is right there and in an instant of viewing, we get it. I love finding artists who have something to say, but don’t need words.

As a husband and wife duo who run this gallery, what is the best part about being in business together? And what is the most challenging?

Jan: I curate and Bruce encourages me. We get to spend time discovering artists and visiting studios. The challenging part? We don’t always agree on the artists. I usually win.

Any Roseanne cardboard cutouts planned for the future?

Bruce: I’d love that. Roseanne got a hand-tattooed doll from one of our artists, and a lot of the gang, like Johnny Galecki and Lecy Goranson and Emma Kenney, have come to the shows. I’d love to see a cardboard version of the Conner living room. 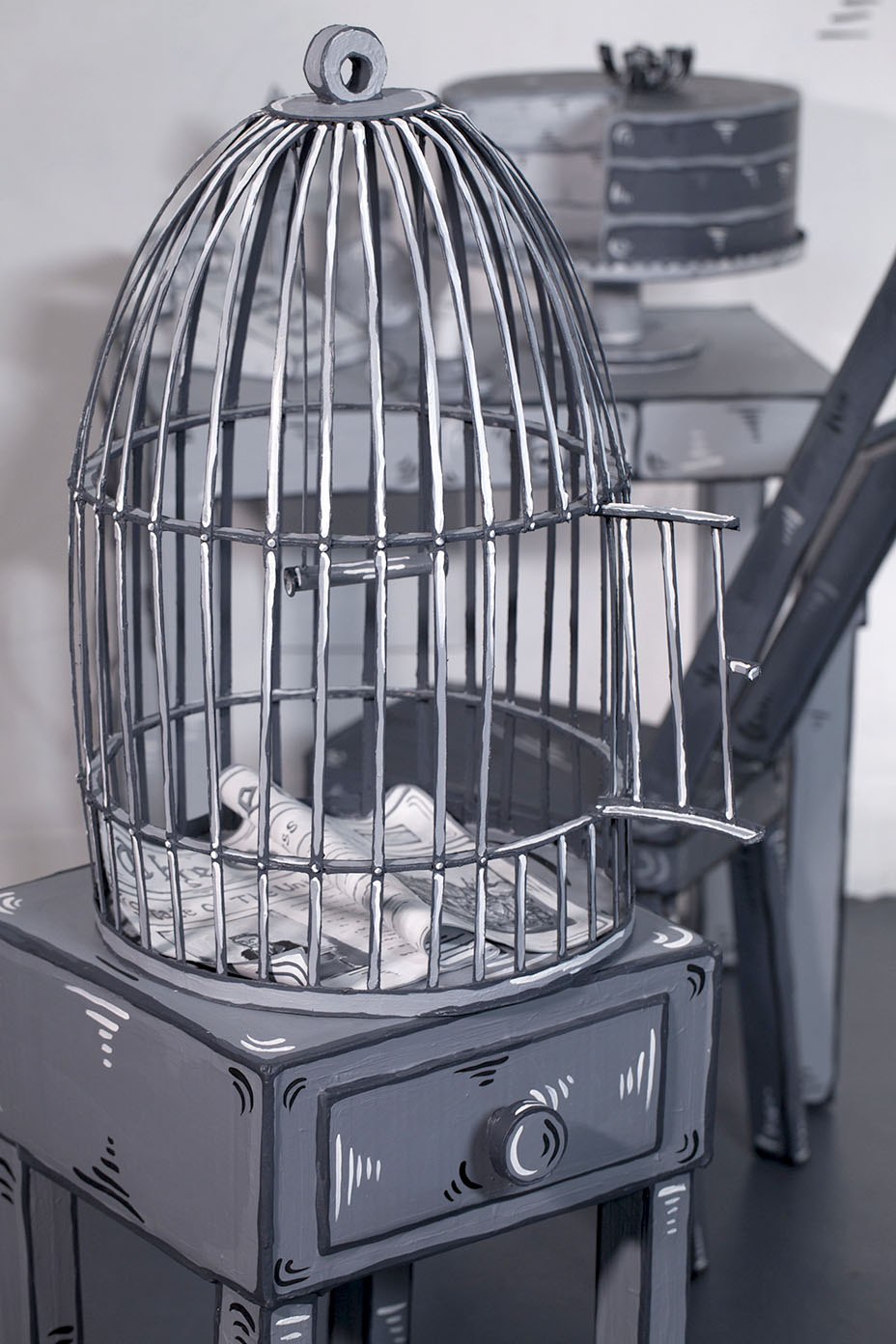 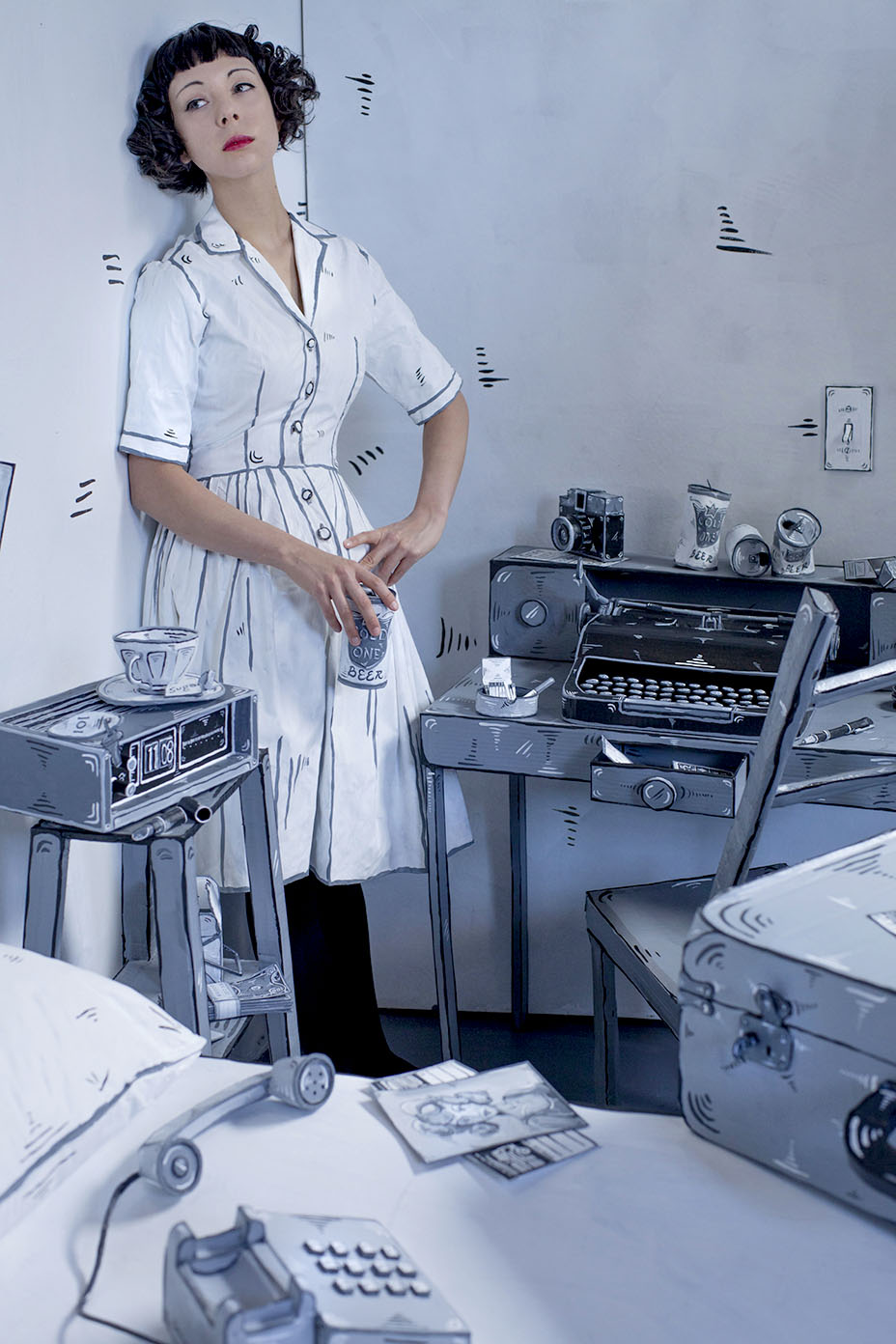 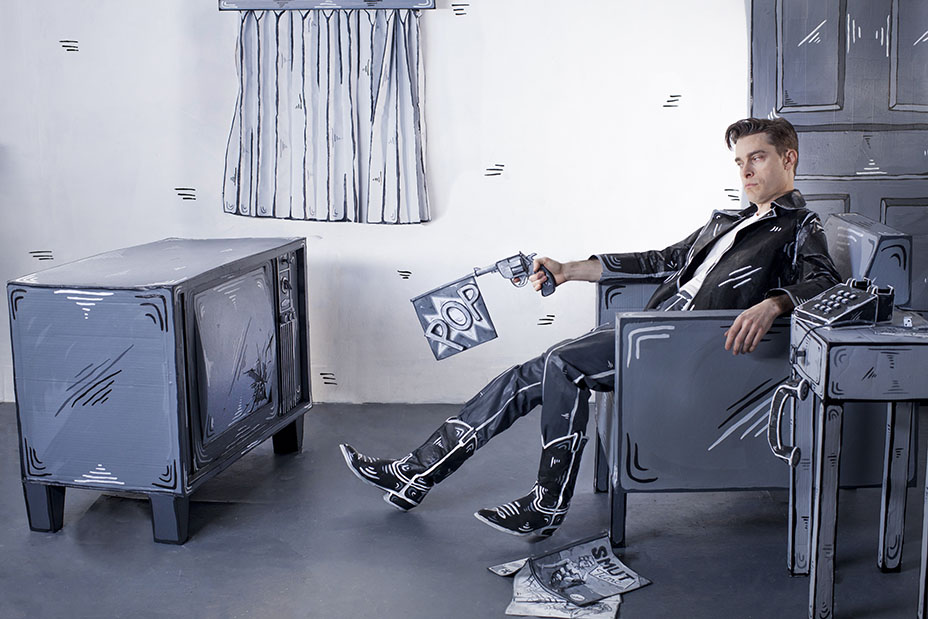