ABC introduces a Roseanne Barr-less The Conners on Oct. 16, and THR has confirmed that the family’s Muslim neighbors Samir and Fatima Al-Harazi — played by Alain Washnevsky and Anne Bedian, who debuted in season 10 of Roseanne — are still in place next door, with Aunt Jackie (new series lead Laurie Metcalf) nearby. They will appear in the third episode this season and could appear in additional episodes down the line, sources say.

While Barr’s character became friends with the neighbors, the actress’ real-life Valerie Jarrett tweet — “Muslim brotherhood & planet of the apes had a baby” — led to her being killed off the series.

In a June THR essay, Washnevsky wrote: “I relate to Samir’s story in many ways. I have experienced racism my whole life and I still do. Every day. Sometimes more obvious and sometimes not. It’s like being in the gutter — if you stand in it long enough, you get used to the smell. … Racism is not an American problem. It’s a human condition and humanitarian problem and must be explored on TV and in film. Storytelling has the power to connect and build bridges, open dialogue, build understanding, create awareness and change perspective. It helps people heal and recover. We need that now more than ever.”

In a media call earlier this year, showrunner Bruce Helford indicated that he wanted “to bring the Al-Harazis back. We definitely want them to return. They’re their neighbors. They live right next door, so we definitely want to see more of them.” 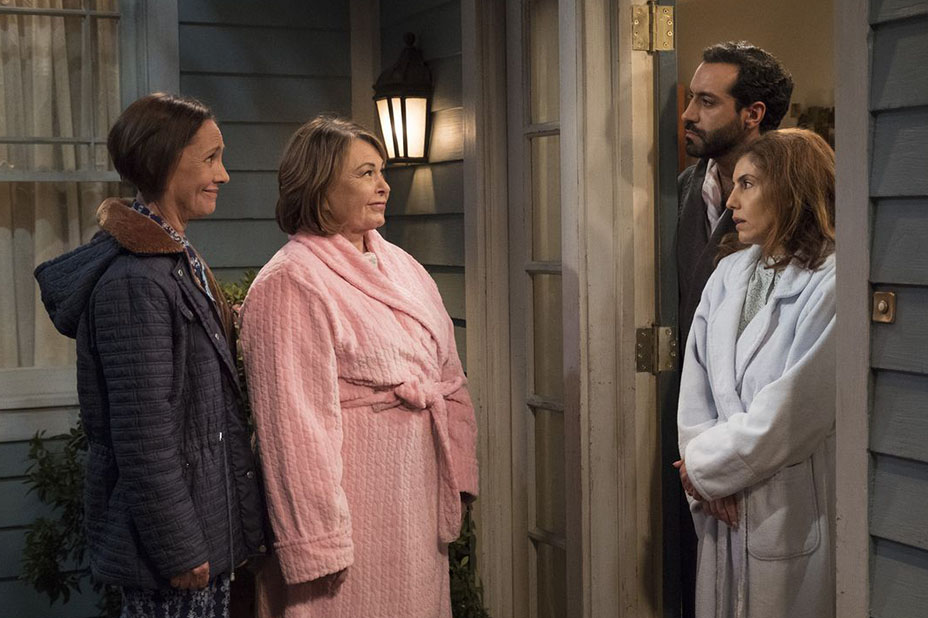 I Was 'Roseanne's' Muslim Neighbor, This Is My Story of Shock and Grief (Guest Column)