Since winning season seven of RuPaul’s Drag Race in 2015, Violet Chachki has taken the fashion world by storm, starring in a Bettie Page lingerie campaign, walking in the Moschino Fall 2018 menswear show and landing partnerships with the likes of Prada and Miu Miu.

Now, the drag superstar has released a music video for her new burlesque single, “A Lot More Me,” which follows her — dressed in a hot pink suit, natch — checking into a hotel and going about her daily life while dealing with transphobia before escaping into a fantasy. Next weekend, Chachki will be back to reality, though, for the fourth annual DragCon, where she will be “clocking the fashion” at the LA Convention Center from May 11 to 13.

Here, she talks to The Hollywood Reporter about how to make fashion more inclusive, her favorite places to shop in L.A. and her passion for inspiring queer youth.

What was the inspiration behind the designs and visual style in the new video?

I wanted to kind of delve into a day-in-the-life of a drag superstar and what that looks like — traveling and checking into hotels and what dating can be like when you’re gender nonconforming and some of the struggles and trials that you have to go through. It’s really not as glamorous as it looks. And I wanted to show this stark reality of what it’s like to actually be a touring queer performance artist. (She appears in RuPaul’s Drag Race‘s Werq The World Tour, and will travel from Berlin to London to Paris in May and June.)

I wanted to play with reality versus fantasy and be this twisted, surreal mind trip performance aspect, and have that duality and that contrast between this troublesome reality and the escape. And that’s kind of where it turns into a lot more me and that’s where you need to go in your mind or do something physical. That’s what I do on stage and how I treat performances — as an escape for me. It’s a time when I really do get to shine and be the star. All the issues or politics or whatever is bothering me can kind of go away, and I get to go into this fantasy world. 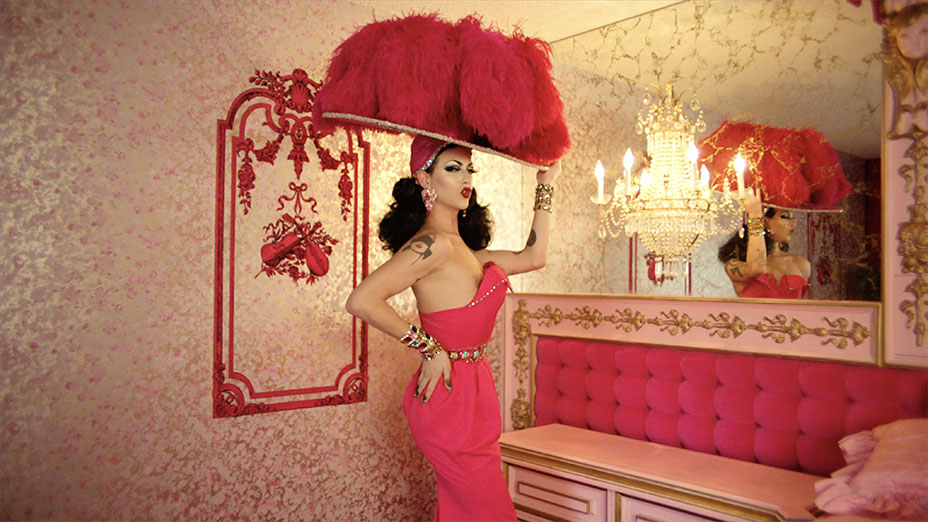 Do you have a favorite fashion moment of your career so far?

Oh that is hard. On Drag Race, I have this outfit that I crowned Bob [the Drag Queen] in. I have a flesh crown prosthetic and I designed this really amazing dress, inspired by the couture designer Charles James. It was a really poignant moment for me to own being a queen and own being a royal and design something that showcased that visually. So that’s a really important one for me, because I really blew the budget on that project but it was really effective and specia l— and seen by a lot of people.

Another one would be closing the Moschino men’s show this past fashion week. It was just really cool to have a friend like [Moschino creative director] Jeremy [Scott] recognize queer culture and take it so seriously. The casting in the show was amazing, and it was just such a high production value; it was stressful and beautiful and chaotic and everything a fashion show should be. It felt really strong and powerful, closing a show alongside someone like Oslo Grace, who is a gender nonconforming model. It was really full circle. I’ve looked up to Jeremy for a long time.

How do you think the fashion industry can better embrace queer culture?

It’s becoming more prevalent to show diversity across the board, no matter what kind of community you come from. Thinking of inclusivity is super important. I think the fashion community gets really caught up in the industry side of it and everything is really sales-driven, but it’s nice when there’s a bit of humanity involved and people are really looking at what people want to see and what people need and who needs representation and who needs a platform. And I love it when that platform is given.

I needs to become more mainstream. Everyone is doing things in their own way. I think a lot of brands I’m interested in and follow are a bit more indie. I would love to see really major fashion houses that have been in the industry forever, that basically created fashion, to really start taking steps like these more independent brands have been doing.

It would be nice to see more major influencers in the industry, you know household names, companies that your mom knows, it would be really cool to see them take really drastic, dramatic steps toward inclusivity with a lot of diverse groups.

What are you seeing in spring fashion this year that you love?

I usually go out wearing little to nothing, so that’s what I like. I am noticing lots of feathers in fashion, which to me is really exciting because it’s usually reserved for costuming and for drag. So it’s nice to see the drag tricks or drag trends kind of cross over into mainstream fashion for sure. It’s refreshing.

Where are your favorite places to shop in L.A.?

The Way We Wore—best vintage shop in my opinion. Outfitters Wig, a fun novelty wig shop and a Hollywood classic. And L.A. Roxx, which is great for fun stage stuff. 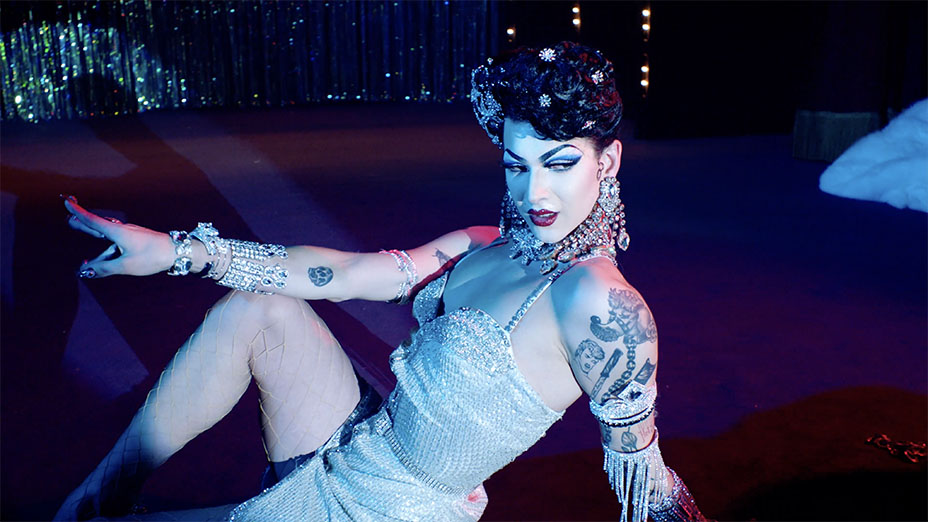 What are you looking forward to at DragCon this year?

I think the most rewarding part of DragCon for any of the queens is — because it’s an all-ages event — you really get to see the young demographic and the young fans and the lives that you have influenced or touched or inspired, and the supportive parents as well. Like I was saying in regards to the fashion industry, I think things are changing slowly and that definitely is happening really prevalently in the drag community. A lot of my fan base is really young, and it’s really cool to get to meet them, inspire them and influence them, which I didn’t have access to when I was their age.

What are some of those interactions with fans that stand out to you?

They get really intense sometimes. There’s been, “You’ve saved my life,” “I was at a really low place at one point in my childhood or last year,” “I tried to take my own life” — it can get really dark and really intense — “I was watching Drag Race and you had so much confidence and you kind of took me out of this really dark place that I was in and I want to thank you so much,” and stuff along those lines is really touching and really impactful.

And it makes all the troubling and pain and journey and whatever I may be going through totally worth it. And it’s really nice to hear that the work that we’re all doing as a drag community or as queer artists is working, effective and creating positive change.

What were some other highlights of DragCon in the past?

Last year in L.A., I was a part of the fashion panel and it was really cool to talk about the fashion industry and how drag has influenced it and vice versa. I was on the panel with [drag queen] Milk, who has been working closely with [designer] Marc Jacobs, and with [drag queen] Detox, who is also friends with Marc. So we kind of got to just sit around and toot each other’s horns….

It’s also a really good opportunity to really connect with the other Drag Race girls. We’re always touring and we’re always working, so I don’t always get to check in with them. So it’s nice we all get to hang out at one place at the same time. It’s like a family reunion.

What has it been like since RuPaul’s Drag Race and where do you hope your career goes from here?

My life has completely changed since before I was on Drag Race. I’m just really really fortunate. I don’t think a lot of artists have total control over their careers. And I just get to travel the world, creating content, creating art, performing, meeting fans, collaborating with other brands and artists. I mean in a million years I could not have dreamed that I’d be doing this when I was younger.

And I’m really lucky. I get total creative freedom over everything I do…I’m always on the go. I’m always working. Social life has definitely taken a hit. Love life’s taken a hit, but I get to inspire a lot of people and it’s really rewarding.

As for the future, I just want to continue. I want to keep pushing the boundaries of drag and collaborating with even more artists that I respect and look up to and really leave behind a legacy of glamour, of beauty and of strength.

Watch the full video for “A Lot More Me” below.