There’s a new belle at the Emmys ball. Coming off a dark-horse win last year for outstanding host for a reality or reality competition program, RuPaul, 56, now sees his Drag Race enter this year’s Emmys as a heavyweight. In its first outing since grad­uating from Logo to VH1, Drag Race was showered with seven nominations (plus an eighth for its aftershow, RuPaul’s Drag Race: Untucked, in the unstructured reality category). They include, not surprisingly, nods for the show’s eye-popping hair and makeup; a second nom for RuPaul’s hosting duties; and, most significantly, a shot at the competition prize. As a fog of intolerance rolls over America, the timing feels especially right for a show like Drag Race — a cross-dressing decathlon with a punk-rock spirit — to take the big prize over perennial winners The Amazing Race and The Voice. THR caught up with the Emmy nominee, whose life story is being developed as a J.J. Abrams-produced dramedy at Hulu, to talk trophies, Trump and transgenderism — and the outrageous creativity of Drag Race. 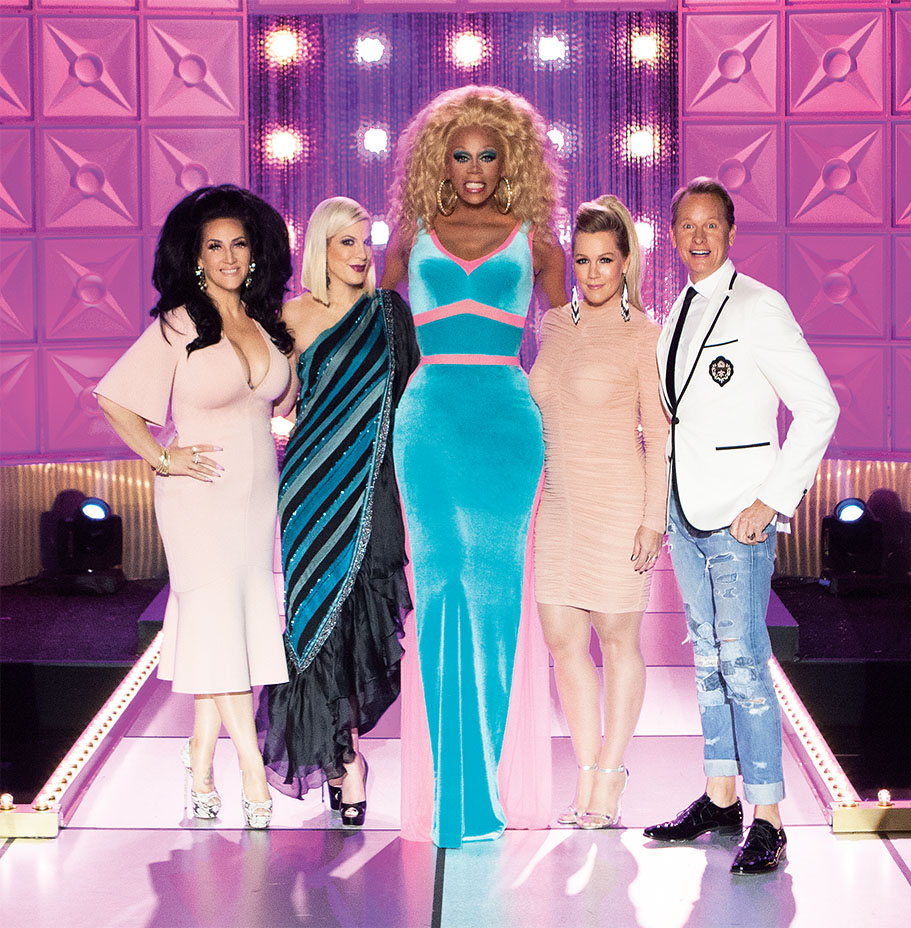 Some pundits are saying Drag Race is the favorite to win. How do you feel about the odds?

Oh, I really don’t know. I just love doing the show and always have. We don’t do it for trophies. We do it because we love drag so much. We love what it means in this current political climate. Drag Race has become a touchstone for young people who are really the future leaders — forward-thinking people who are going to lead our humankind into the next level of consciousness. I know that sounds “California woo-woo,” but I really believe that.

Have you noticed any difference in how the show is received since it moved to VH1?

The biggest difference is that more people get to see it. That’s huge. And the show has rolled out around the world on Netflix, in countries we were never in before, like Saudi Arabia and Asian countries. These drag queen stories are informing people in oppressive situations. These are stories of strength and courage and perseverance and following your heart, which I believe is the most political thing you can do.

Would you agree the show was a product of the Obama era?

I don’t think it happened because of Barack Obama. I think we were both a result of a sea change — these winds of change that happen naturally on this planet. We live on a planet of polar opposites: black, white, male, female, gay, straight. So the pendulum swings. It swings. I think that the Trump administration has come to represent the resistance to moving forward. That’s what the code words “make America great again” are really saying. “Let’s go back in time to when we didn’t have to evolve and that we could just languish in our ignorance.”

President Trump came up in the Manhattan social scene, surrounded by all kinds of sexual diversity. How do you reconcile that with his announcing a transgender ban in the military?

You are assuming that he has the ability to empathize, which he does not. So, yes, he could have come from a New York background where there are clubs, and different and open people, and all that — but that’s not what he was seeing. He was only seeing himself. 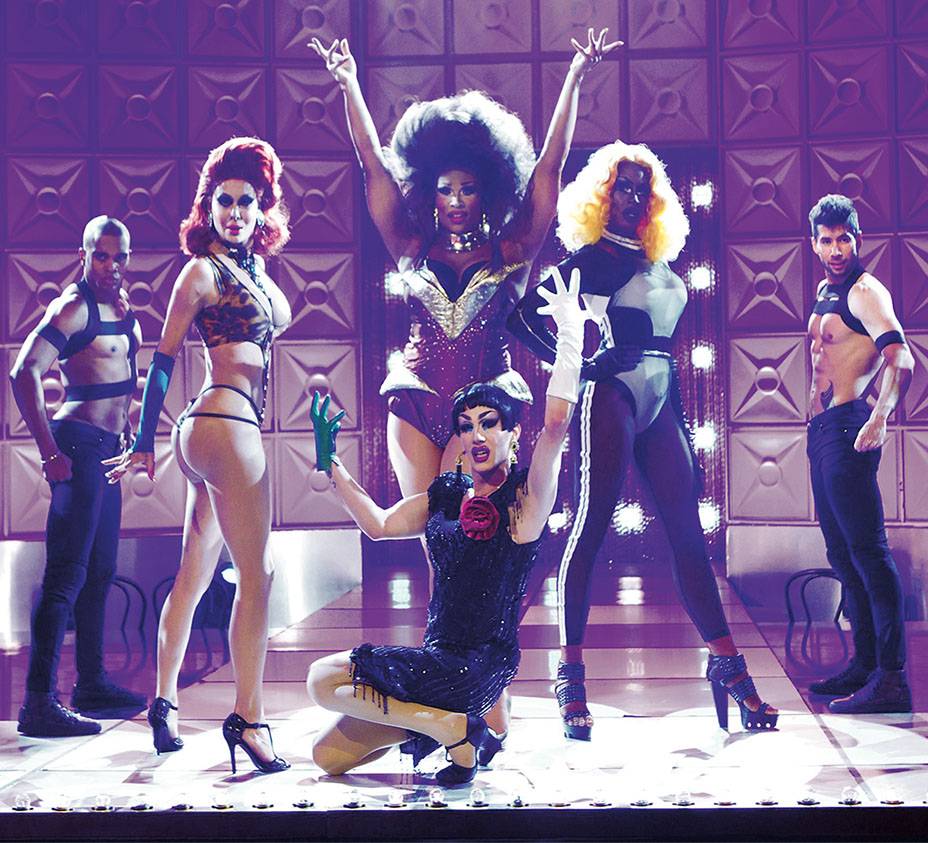 How does the game change with so many competitors now coming out as transgender?

It doesn’t change it at all. That has always been an element of my drag experience and of working at clubs. There were always transgender drag queens in the drag world. Always.

So it’s not seen as giving them a leg up on the competition — say, if they are working with natural breasts or something like that?

The criteria for our show are charisma, uniqueness, nerve and talent. However you can bring that, you’re in.

Would you accept a female-to-male transgender competitor?

Drag is about irony and making fun of identity. It’s like the shaman and the witch doctor and the court jester. It’s really about reminding culture not to take itself so seriously. When you get into a woman going back to being a man, or however you put it, it gets a little convoluted there.

The Bachelorette has been patting itself on the back for featuring its first African-American star this year. But Drag Race has had a great mix of races, ages and body sizes since day one.

Our mission was to celebrate all aspects and genres of drag. At the beginning, we needed an ensemble that could represent all the basic archetypes — so the audience who may not be familiar with it could get on board. There was the comedy queen, the body queen, the pageant queen, different races, different body types, all of that. As we’ve grown and educated our audience, we’ve added more esoteric forms of drag into the mix. 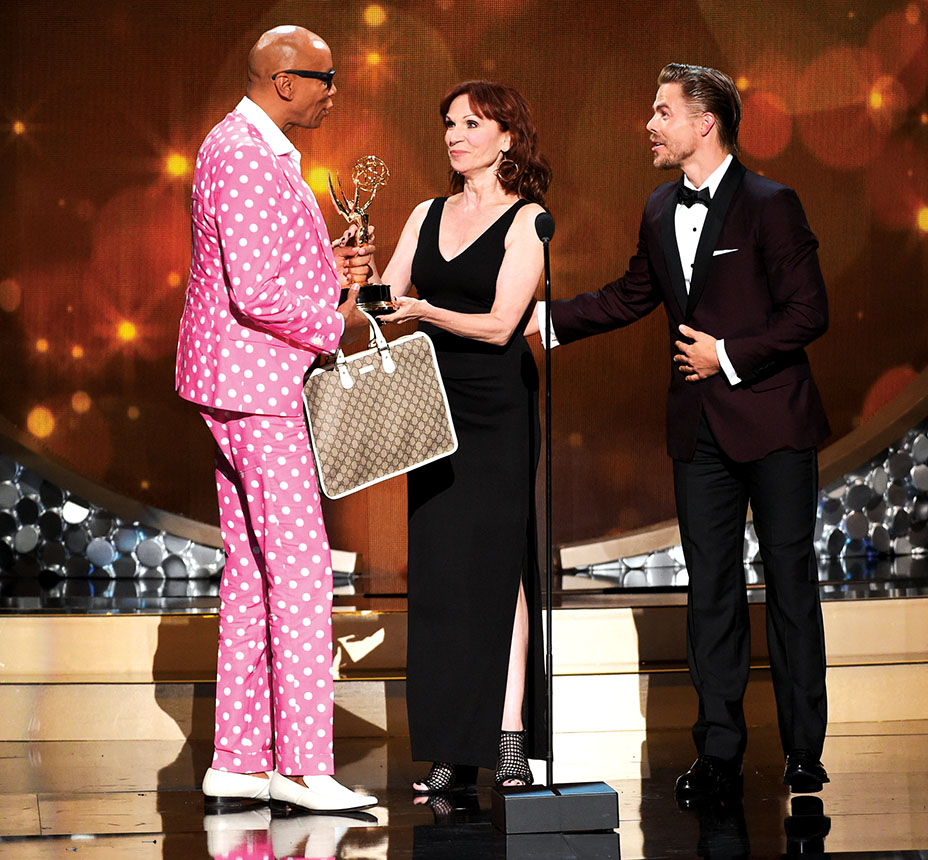 Were you surprised at your Emmy win last year?

I’ve created my own template, so I never really expected to be validated from inside the business. That was a big surprise for me. I’ve had to write my own ticket. There was never anyone’s career I was able to pattern mine after.

What is your relationship to drag these days? Do you no longer crave it?

I never craved it. It was always a tool for me. My whole philosophy has always been born naked, and the rest is drag. I use clothes and I use identity as tools to navigate this life, and to get what I want, and to entertain myself. But it’s never been something I crave. I realized that I could control the air in the room based on how I chose to shape my body. It was like Superman to my Clark Kent — I thought, “Hmm. I can use this. I could use some superhuman powers from time to time.”

NEW REALITY HOSTS WITH THE MOST

After he signed on for this revamp of a show he watched as a kid, Baldwin got more film offers than he expected. “Don’t they know I’m doing Match Game?” he told his agents. The nom is his 18th (he has another one for SNL this year).

The odd couple first met when he guested on Martha in 2008. An unlikely friendship ensued, capped by the announcement last year that the duo would host this “half-baked” cooking show.

Known for being a cussword-loving jerk on shows like Hell’s Kitchen and Kitchen Nightmares, the Scottish chef turned things down a notch for this kid version of one of his successful cooking shows. It landed him his first Emmy nom.