Stylist Art Conn had been a longtime fan of RuPaul’s Drag Race when RuPaul himself offered him a position to work on the show.

“He said, ‘I think I have a great spot for you over there.’ And I of course jumped at the chance,” Conn tells The Hollywood Reporter of joining in 2017. “I was a little nervous, because sometimes you don’t want to see behind the curtain, what the wizard really looks like, because it’s my favorite show. I didn’t want the fantasy of the show ruined. Even being a part of the crew, it’s more than I could have ever dreamed; it never ever once let me down or disappointed me.”

Conn is up for an Emmy this year for his work dressing Drag Race judge Michelle Visage. The drag queen competition show, which celebrated its 10th anniversary this year, showcases drag culture and has inspired spinoffs including RuPaul’s Drag Race: All Stars and a U.K. version of the show that launches in October.

In an interview with THR, Conn breaks down the impact of RuPaul’s Drag Race, how he tackles fashion with a sense of humor and how he makes over-the-top pieces that are sophisticated.

First off, congratulations on the Emmy nomination. What’s that been like for you?

It’s very surreal, that’s the best way I can describe it. It was never something that I set out to do. It’s not something that was even on my radar, so it’s just a very lovely surprise. It’s a beautiful thing to be recognized, and especially for the show that it’s for. 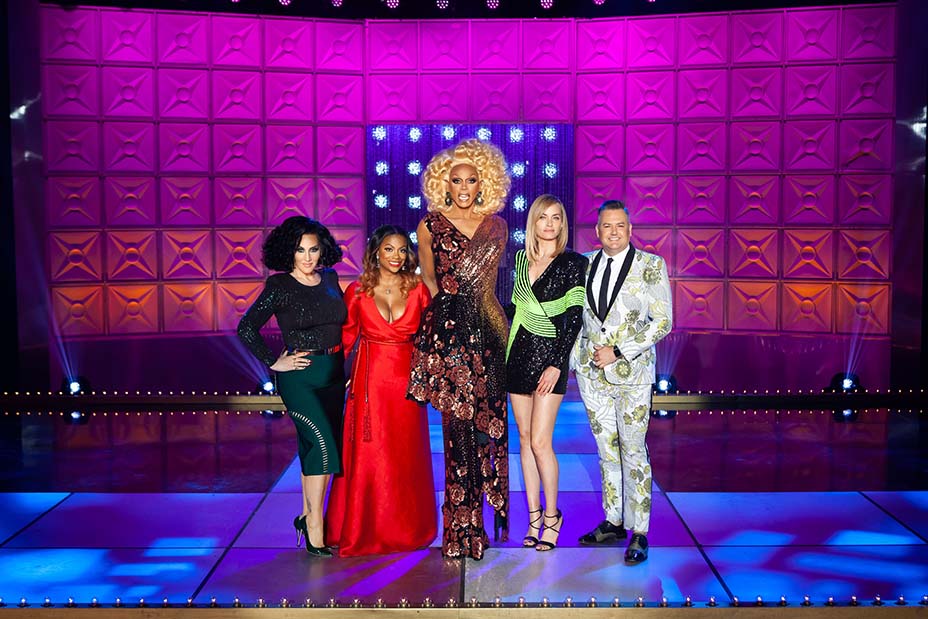 What originally drew you to RuPaul’s Drag Race?

I’ve been a longtime fan of the show, and I was actually working with RuPaul on another series that we did together called Skin Wars, and he asked me to join the crew of Drag Race. He said, “I think I have a great spot for you over there.” And I of course jumped at the chance.

I was a little nervous because sometimes you don’t want to see behind the curtain, what the wizard really looks like, because it’s my favorite show. I didn’t want the fantasy of the show ruined. Even being a part of the crew, it’s more than I could have ever dreamed; it never ever once let me down or disappointed me.

How do you see the show having impacted society, considering there’s not really been many shows similar to it?

We have yet to really see the whole impact of it. I think we’re in the middle of it, the eye of the storm, so to speak, and I don’t think we’re really going to see how it has affected everything for a while. That’s the beautiful thing about it — it keeps going. It has spawned drag conventions, the fans are incredible, the buildup of the fans, what it’s done for the drag queens and the drag community, has been immeasurable.

When you’re deciding the wardrobe, where do you draw inspiration from? Do you keep it in key with that forefront of fashion?

[When] I dress Michelle Visage, we like to do a little nod to whatever the challenge is that week. That’s always been fun, to not take it so literal, but just do a little nod or a little inside elbow jab to reflect the challenge that the drag queens have been asked to do. That’s always fun to have a little sense of humor in everything that we do, and that’s also where we come at it with fashion, to always be reflected in the now, but also have a little bit of sense of humor. 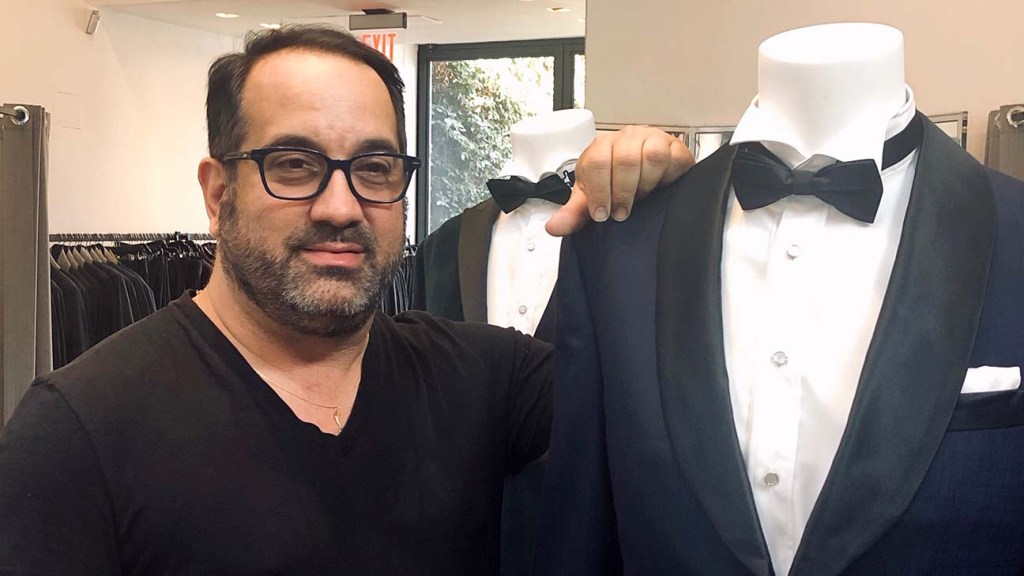 Have you had any particular favorite look from this past season?

It’s always been a wonderful marriage of hair, makeup and wardrobe. We all work together and it’s always so much fun to collaborate with them. One of the things we thought was really fun and we had a good laugh about — I think last season they had a challenge where they were eulogizing Lady Bunny, as if Lady Bunny had passed away, and all the drag queens were supposed to read at her funeral.

We put Michelle in this black lace top, and we put this black thing in her hair, and the makeup was done so that it looked like her makeup had run, and she had black tears. It was just this homage to that theme. We had a lot of fun and had a good joke about what we were going to do, and the character that Michelle was going to play. That was one of my favorites.

Do you make most of the costumes, or do you buy pieces?

It’s a collaboration between shopping, creating and Michelle. Michelle has an extensive closet, and oftentimes she will pull a gem out of her closet, and we will build something fun around it. It’s a good combination of all of it. I always love to shop for the show and be out in the stores.

Dressing for a drag television show is very different from any other show. Something you would normally pass by on the rack and say, “Oh, that’s too outrageous,” or, “Oh, that’s too much,” or “That’s over the top” — those are the things that I would end up gravitating toward. It’s a lot of fun that way, getting to express that part of creativity.

Where do you usually shop?

The department stores are always a great resource. We do a lot of Zara. For the guys, for Carson and Ross, a lot of companies are very generous with us, like Mr. Turk or Tallia. They will be very kind in letting us use their suits for the show.

With Michelle, it runs the range from secondhand stores and consignment shops all the way to Neiman Marcus. It’s a little bit of everything in between. 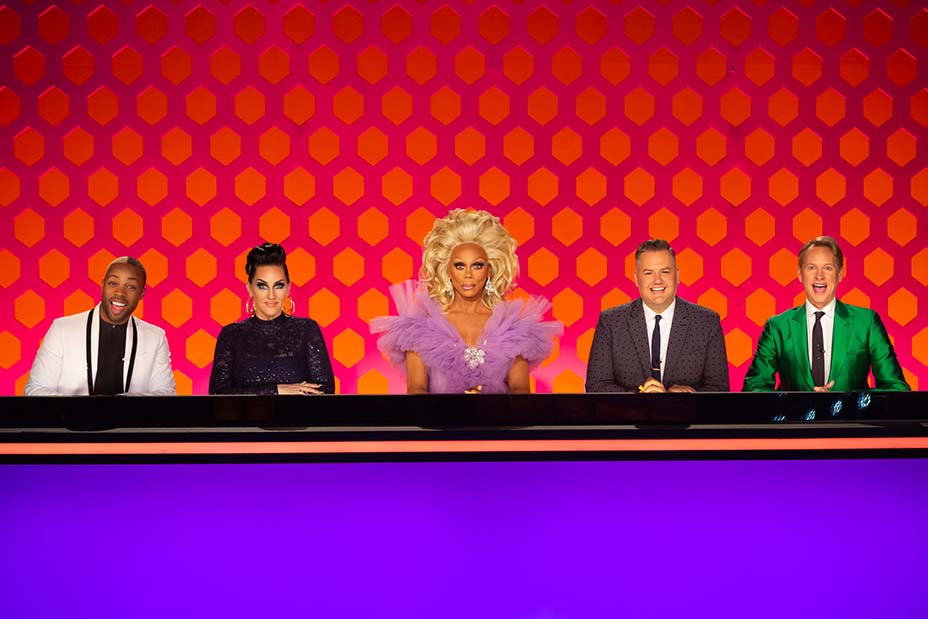 How long does it take to put together an outfit for an episode?

When there was the Madonna challenge, we started a little early, building the jacket and getting it made. There were so many Madonna looks to choose from, and honing in on which one we really thought was the right one for that challenge for Michelle took a little while.

There’s some that we do the morning of, there’s some where whatever mood Michelle is in, I may come in and say, “I’m feeling fringe today. I feel like it should be a fringe day.” We’ll have a fringe dress there, and that’s what we wear. It really depends on the challenge, our moods, what we’re feeling that day.

When you’re deciding an outfit, what does the collaboration look like between you and Michelle?

Michelle has been in the business for a while, and knows what she likes, knows her style and knows who she is, so I always want to listen to that and let that guide me.

What’s your favorite part of your job?

Kind of like when women shop for a wedding dress and they put that dress on and they’re like, “I just know this is the one.” That feeling, with other clothing, where you put something on and are like, “This is it.” When your client is excited to wear it, excited to be in it and be photographed in it, there’s no other feeling like it.