The boudoir-style campaign, photographed by Anna Swiczeniuk in New York, capture’s Chachki’s retro-glam aesthetic in the “Never the Girl Next Door” collection. Not only is Chachki a fan of lingerie (“It’s become a large part of my image,” she says), the drag queen has long been obsessed with the late pin-up model Bettie Page. “She was a huge inspiration for my drag character. I often tell people that when I started drag, I was basically just cosplaying as Bettie Page,” Chachki tells The Hollywood Reporter. “This campaign is really a full circle moment for me!”

Moreso, Chachki hopes her lingerie campaign will further the conversation on gender fluidity.

“I think the most impactful thing any gender non-conforming person can have is visibility,” says Chachki. “That’s exactly what a project like this does. Visibility and just simply taking up space in media lead to questions, which lead to conversation, which lead to progressive thought and change.”

Since her appearance and subsequent win on RuPaul’s Drag Race, Chachki shares that some of her biggest professional highlights include headlining burlesque festivals and international drag shows, and working with her longtime inspiration, Dita Von Teese.

Priced from $26-$98, and the range is now available at bettiepagelingerie.com. 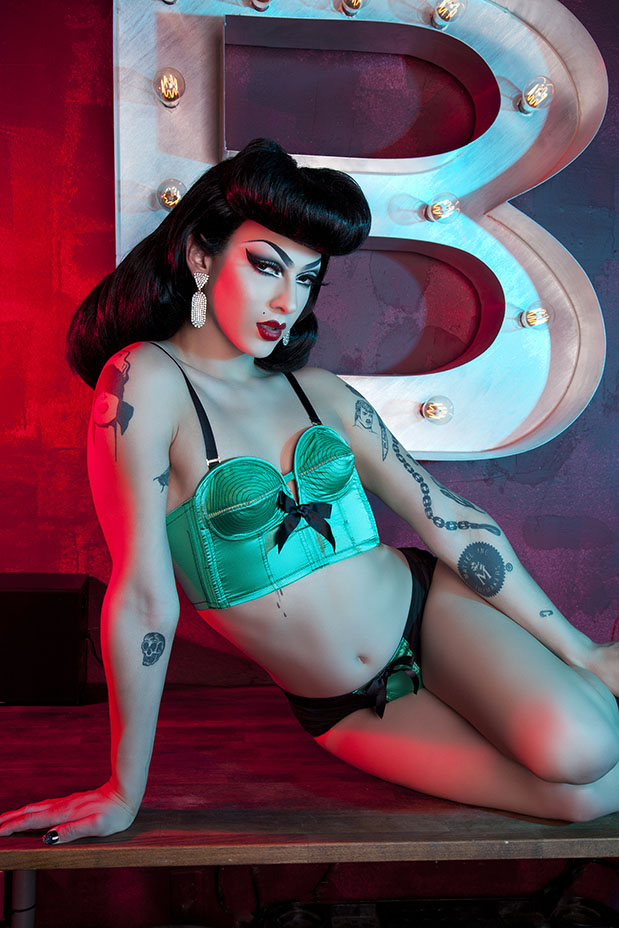