But both are pikers compared to the windfall Rupert Murdoch earned by agreeing to sell most of 21st Century Fox to Walt Disney.

That is because Murdoch’s net worth is mostly tied up in his family’s stakes in Fox and News Corp. Fox’s share price has been boosted this year as Disney and Comcast bid higher and higher for the privilege of acquiring the Fox studio, Nat Geo and FX, running up 33 percent from its 2017 closing price of $34.12 to $45.50 as of Tuesday’s close. The shares have surged nearly 70 percent over the past 12 months.

What does that mean for the mogul’s finances? Fox disclosed on Sept. 28 that Murdoch was paid $49.2 million for his work as executive co-chairman for the company’s fiscal year ended June 30, but that’s a drop in the bucket compared to the $8.7 billion, including dividends, that he made on his 17 percent stake in Fox.

Murdoch, 87, is also executive chairman at News Corp. While that stock hasn’t budged in a year, he was paid $5.7 million for his work at the parent of The Wall Street Journal, pushing his annual income to nearly $8.8 billion on the year, about 176 times more than the $43.9 million that Disney paid chairman and CEO Bob Iger, the man set to rule over most of Fox’s assets.

Some of Murdoch’s net worth will, after the Disney deal, remain tied up in the “new Fox,” which will house the remaining assets not covered by the deal, including the Fox broadcast network and Fox News. But the mogul will also be rooting for Disney. After all, Murdoch is expected to take all or most of his payout from Disney’s acquisition of large parts of Fox in Disney stock. 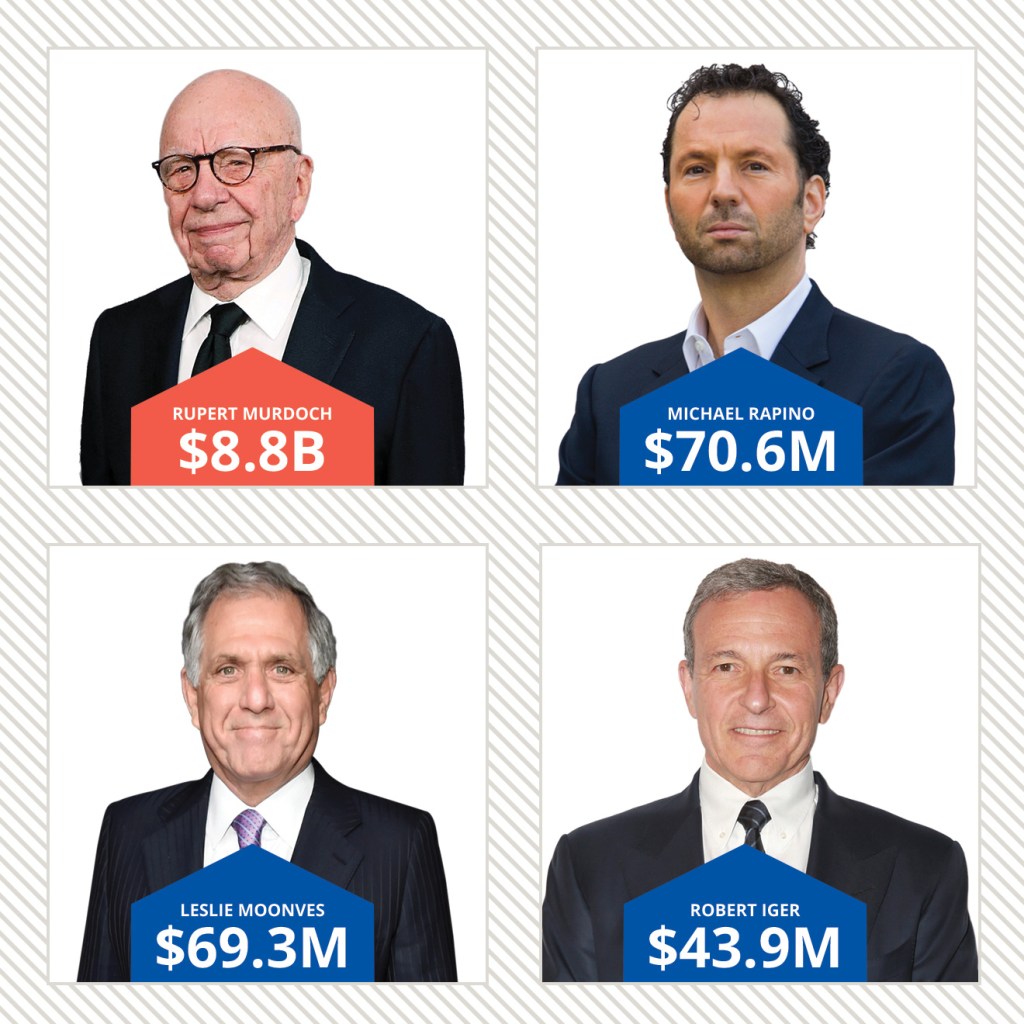