“My grandfather and legendary comic artist Russ Heath passed away last night. His mastery of the craft of illustration encouraged me to pursue the arts and it is a joy to see my son now filling his own sketchbooks,” he wrote on Twitter. “Thank you for passing along the joys of drawing and storytelling.”

The artist had lived in Van Nuys, California, for 40 years before moving to a retirement community in Long Beach, where he died. A winner of multiple awards — including the National Cartoonists Society’s Milton Caniff Award in 2014 and the Will Eisner Comic Book Hall of Fame five years earlier — Heath’s career lasted from 1948 until 2011, and included work for multiple publishers in multiple genres. This included Marvel’s Two-Gun Kid and Kid Colt, DC’s Our Army at War and The Haunted Tank and the famous Little Annie Fanny strip in Playboy.

Most recently, he came out of retirement for Marvel’s The Immortal Iron Fist No. 20 in 2009, as well as for illustrations in the independent series glamourpuss in 2010 and 2011.

Perhaps most famously, Heath’s work on DC’s All-American Men of War No. 89 in 1962 was the source material for pop artist Roy Lichtenstein’s paintings “Brattata,” “Whaam!” and “Blam,” produced in 1962 and 1963. In 2014, Heath wrote and drew a comic strip about Lichtenstein’s appropriation of his work, titled “Bottle of Wine,” in which he wrote, “The Museum of Modern Art invited me to the opening when they displayed it. However, I couldn’t make it due to deadlines… but I figure Lichtenstein owed me a drink at least.” 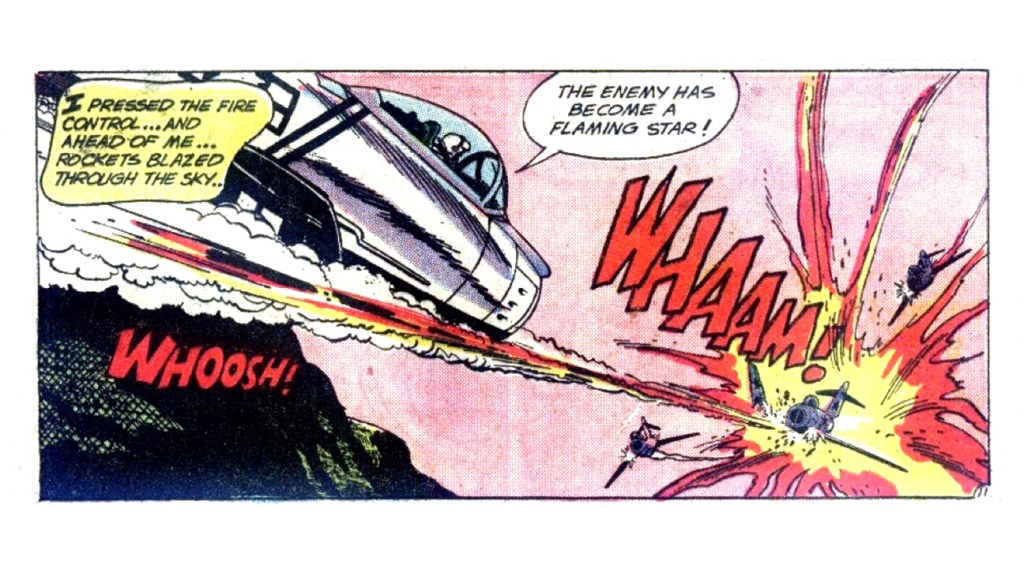