Russell Simmons’ decorated legacy as the co-founder of Def Jam Records will (likely) be overshadowed from here on out by multiple women’s allegations of sexual assault, which resulted in Simmons stepping down from his companies on Thursday.

However, Simmons’ success story wasn’t built on music alone. He was also a pivotal player in the so-called “urban” fashion movement of the late 1990s as the founder of Phat Farm, the apparel and footwear brand he launched in 1992 around the same time the alleged sexual assaults reportedly took place. During that period, Phat Farm quickly became a uniform for hip-hop fans — and a multimillion dollar business, compounding Simmons’ stature as a man of wealth and power.

In 1998, Simmons’ then-wife, Kimora Lee Simmons, went on to develop Phat Farm’s womenswear counterpart, Baby Phat; both brands, under the Phat Fashions umbrella, were sold to Kellwood Apparel in 2004 for a reported $140 million. (Russell and Kimora divorced in 2009; she has her own eponymous clothing line now.) 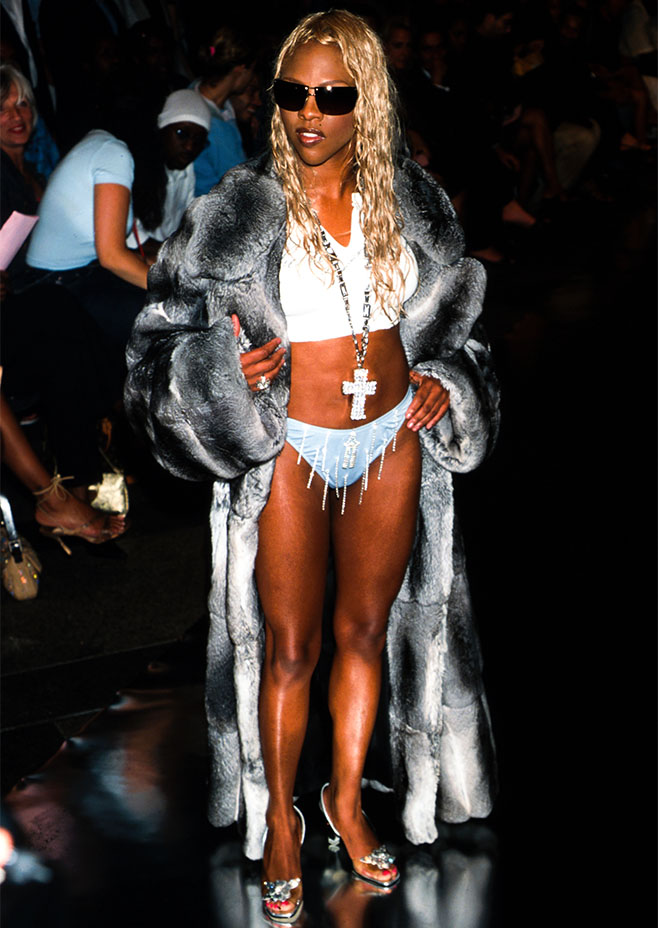 But in the late ‘90s and early ‘00s, Phat Farm and Baby Phat reigned supreme alongside Tommy Hilfiger and Ralph Lauren (two brands that eventually embraced hip-hop’s appreciation) and were sold at mainstream stores like Macy’s. Their runway shows at New York Fashion Week were pop-culture happenings that helped merge the worlds of fashion and celebrity, and were attended by everyone from Lil Kim to Brittany Murphy to Vanessa Williams. 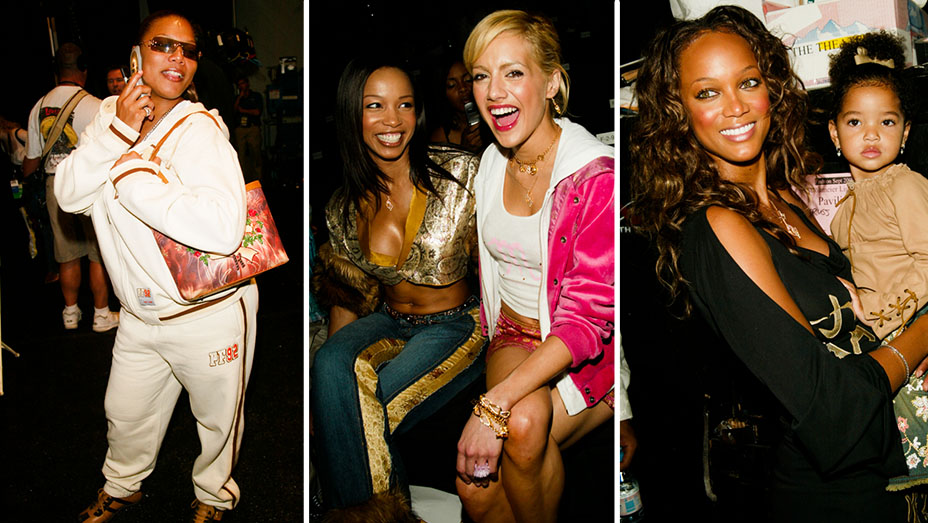 Urban streetwear brands were seen as an extension of hip-hop artists’ fashion influence, as musicians were not only aspirational style icons, but also educators, name-dropping luxury designers like John Galliano or Versace in their anthems and cultivating a new generation of label lovers.

After feeling like the appreciation wasn’t reciprocated by European brands, several artists launched their own labels, including Diddy (Sean John) and Jay-Z (RocaWear), defining a whole new apparel market. As we know, high fashion’s attitude toward hip-hop culture changed in the mid-2000s when designers such as Givenchy’s Riccardo Tisci and Alexander Wang began designing high-end versions of streetwear. Those collections and their influence on the industry at large have since sparked a thousand think pieces on the appropriation of black culture.

Today, Phat Farm and Baby Phat are basically extinct, without an Instagram feed or Twitter account to be found. Neither brand is listed among Kellwood Apparel’s repertoire, and an inquiry to the Kellwood Apparel office was met with, “What’s a fat fashion?” by the receptionist, who then transferred the call to voicemail. 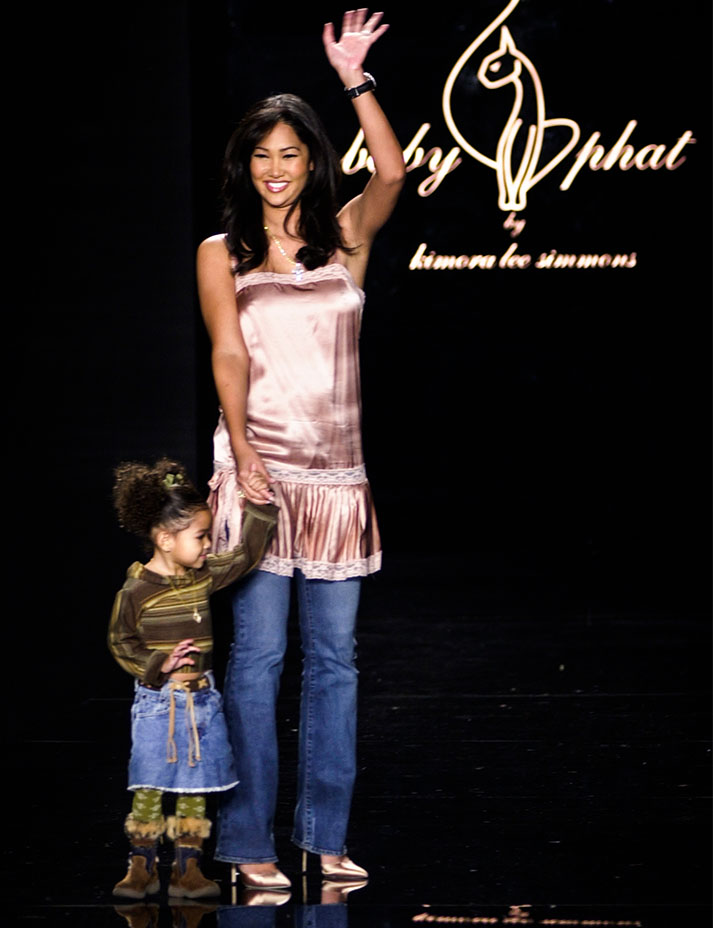 A quick Google search reveals that Phat Farm products — including acid-wash skinny jeans for boys that’ll give you early-’00s deja vu — are still for sale (and on sale) at Sears and K-Mart stores, though it’s unclear for just how long these products have been sitting on virtual shelves. For the most part, both brands appear to have been quietly dissolved.

While the Phat Fashion empire was crumbling, Simmons was busy drafting up a return to the fashion world with Argyleculture — a 180 from Phat Farm’s oversize denim and flashy hoodies but in line with his own later-in-life preppy style. The J.C. Penney brand sells floral-print short-sleeve button-downs and board shorts a la Tommy Bahama, as well as, yes, argyle sweaters. In a 2016 interview, Simmons said of his latest venture, “It’s classic American but with a certain edge. These are the guys who had been buying Ralph Lauren and J. Crew but were taking in the pants. So we see this as a big opportunity to fill what was much white space in menswear design.” J.C. Penney has since dropped the Argyleculture line following the sexual assault allegations leveled against Simmons.

With the allegations against him now in the spotlight, one wonders whether the Twitterverse will respond by doing what Twitter users do best and calling for a boycott. So far, there isn’t one, though that seems to be mostly because consumers aren’t really aware that Argyleculture even exists.

The only apparel items Simmons has been really involved in selling lately are the $108 “Tanostretch” leggings and $198 “Tanoluxe” unitards on offer at his new Los Angeles-based Tantris Yoga Center, which he said after the sexual abuse allegations surfaced he will be turning into a not-for-profit center for healing and learning. 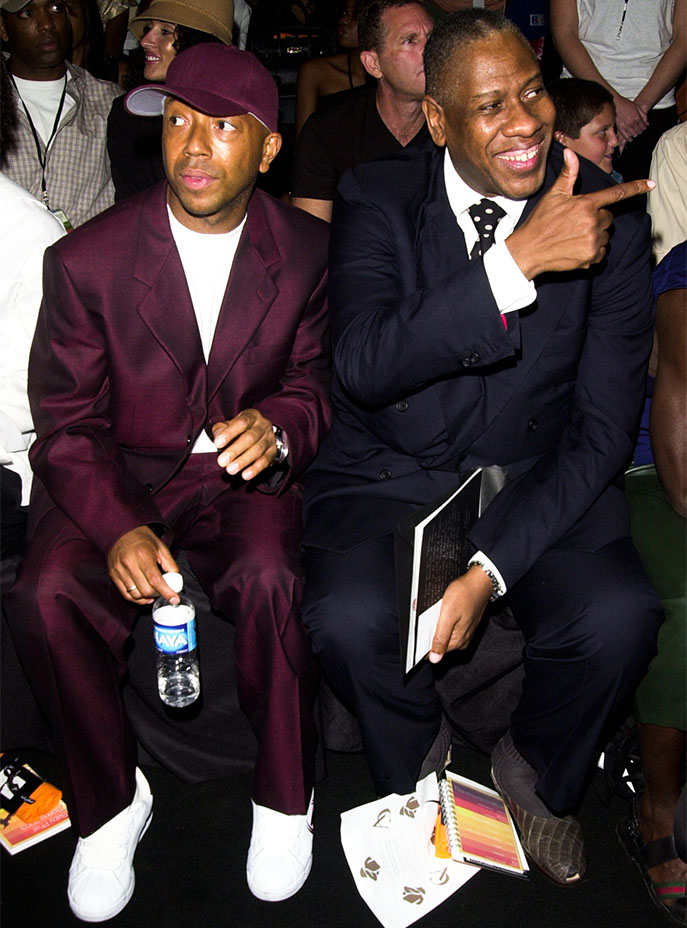