On June 28, The Hollywood Reporter published my allegations that I was raped in 1994 by Def Jam record label co-founder Russell Simmons. I also alleged that in late December 2006, I was sexually assaulted by A.J. Calloway, currently a co-host on the television show Extra.

Up front, I want to address a few issues surrounding the circumstances of my assaults. One: Both men were not strangers to me. In fact, at the time of the attacks I considered them friends. Sexual assault is a crime of proximity and the majority of such crimes are committed by someone the victim knows or had a prior relationship. Two: Society will say that if you have been assaulted more than once in your life, somehow you must have brought it upon yourself. Yet it is not uncommon for a survivor to have been violated by more than one perpetrator in their lifetime. Three: Sexual assault is a violent crime motivated by the desire for power, not lust. Russell and A.J. didn’t have to beat me in order to inflict a form of violence that I have to live with for the rest of my days.

But this isn’t a detailed moment-by-moment revelation of the rape and sexual assault. This is about what’s involved after the decision to come forward has been made by a black woman.

Up until #MeToo, it was never my intention to publicly disclose their names. There were a number of instances, including in my books and in television interviews, where I detailed these assaults while maintaining the men’s anonymity. I was terrified to name them because public response to survivors can be ugly and cruel. However, the decision by a survivor to publicly name their assailants is often weighted with ambivalence. I will never stop wondering if, had I named Russell and A.J. earlier, perhaps they wouldn’t have been insulated from the public scrutiny of their predatory behavior for so long. Then again, if I had gone public sooner, I’m fairly certain that my allegations would have been swept aside like so many others before #MeToo. In the end, I waited to come forward because I needed to feel confident that if I did, my experiences would be heard. As I was to learn, #MeToo doesn’t guarantee that survivors’ stories ever see the light of day, especially those of black women. 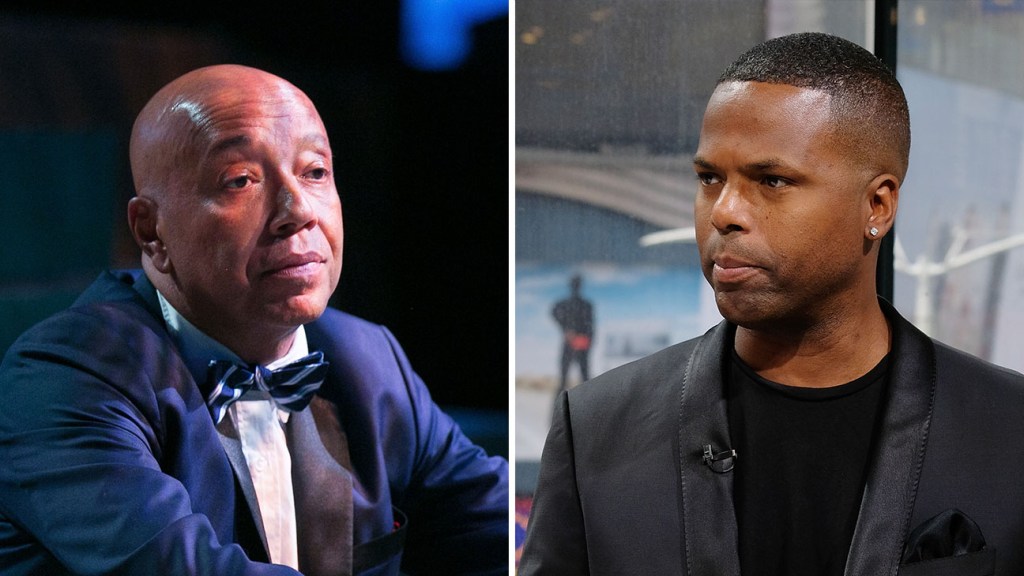 In the past and even now with #MeToo — despite the fact that the original campaign was created more than a decade ago by Tarana Burke, a black woman — sexual violence against us has been shoved aside in favor of white women’s stories. What has happened to me and countless other black women is part of a larger historical narrative in which our trauma is ignored or erased. Even when acknowledged, media responses have involved the use of racist tropes against both alleged perpetrators and victims. It was imperative that the reporter I worked with knew how to handle the complexity of reporting on intraracial sexual violence in the black community. The lack of diversity in newsrooms invariably leads to our stories being told through the lens of journalists without an understanding of the impact their reporting will have on the larger narrative of blackness. I chose to share my experiences with MSNBC host Joy Reid because I trusted that she would approach my story with nuance and understanding.

Every black person I know realizes that any criminal act by an individual in our community is seen as a reflection of the whole. For this reason, despite our high rates of gender violence, black women are pressured — either overtly or covertly — to remain silent. For centuries in this country, black men and women have been pathologized and criminalized as violent and hypersexual. We know that black men and women are unjustly treated by the criminal justice system and our knowledge of how the system works makes us loath to be seen as the impetus behind the incarceration of yet another black man — even if he is your assailant. Black women are constantly put in the position of having to choose between protecting our blackness or our womanhood, when in fact they are intrinsically connected and cannot be separated.

For years, black women have fought to have R. Kelly held accountable for his alleged sexual abuse of underage black girls, yet mainstream journalists (with the exception of the music critic Jim DeRogatis) ignored his alleged predation for decades because his victims are young, female and black. Queer black women and trans women have extremely high rates of assault, and especially with the latter, their stories of victimization tend to only come out after they have been murdered. Despite these realities, during this revolutionary time in which powerful perpetrators of sexual harassment and assault are being called out, the vast majority of #MeToo survivors who manage to navigate through the labyrinthine reporting process enjoy multiple forms of privilege. Almost without exception, they are cisgender, able-bodied white women, often of means.

I am neither white nor wealthy, however I am still very privileged. I’m able-bodied, heterosexual, cisgender and middle class. As a light-skinned black woman whose biological mother is Chinese, I can read as racially ambiguous, especially when my hair is blown straight. I’m a former fashion model whose appearance falls within Eurocentric beauty standards and over the past decade, I have been a visible advocate for black women who has received a fair amount of press coverage for my work in the anti-domestic violence space. Yet as with many, my privilege obscures a history of oppression and marginalization. I only completed 9th grade and earned my GED at 15. I survived a physically abusive five-year relationship, parental abandonment and the accidental death of my sister from a heroin overdose. I was a young single mother and am a recovering alcoholic with close to 24 years of sobriety. In fact, on that night with Russell in 1994, it had only been four years since I was off of public assistance.

As my story readied to be published in The Hollywood Reporter, I found myself filled with dread. It wouldn’t surprise me if my past struggles, which I have been so transparent about in my books, are used against me: This is a well-trod path that alleged perpetrators utilize in order to cast doubt upon the credibility of a victim’s claims. But what I did or didn’t do 10, 20, or 30 years ago doesn’t negate the fact that I’ve experienced sexual violence, nor diminish my ability to be truthful about it. It’s also disheartening to know that from here on out, I will be known as the woman who says she was raped by Russell Simmons and sexually assaulted by A.J. Calloway. When I apply for a job or meet new people, I will be Googled and what will show up at the top of the first search page is my connection to these men. Despite this price, I’m willing to do it if it means that people can understand the complexities of not only the assaults themselves but also the choice to come forward.

I would be naive to not expect backlash from some within the black community since I have chosen to go public with my story. Many people, not just black, will scream for “due process,” while ignoring the fact that the system is set up in a way which ensures that the vast majority of perpetrators of sexual assault will never go to trial, let alone see the inside of a jail cell. I also fear that some will say that I have violated the covenant of black sisterhood by sharing my experience with NBC. I know that some will be angry at me because by telling the entirety of my struggle to get my story published, I’ve placed a fellow black woman in an uncomfortable professional position. Joy worked tirelessly for months gathering interviews and verifying every facet of my allegations in her effort to ensure that my story met the rigorous reporting standards of both New York magazine and NBC. It is an understatement to say that I am deeply concerned that Joy may pay a price for trying to help this survivor tell her truth. The last thing I want is for any harm to come to a woman who did nothing more than try to use her sizeable platform to share a sexual violence survivor’s story. At the same time, although we are connected through sisterhood and have a responsibility to uplift each other, I’m not only a black woman, but also a survivor and activist. I cannot separate any of these identities, nor can I abandon all of the women who have been silenced by men who can afford to hire expensive attorneys and crisis communications strategists to intimidate media outlets into not reporting highly substantiated stories by survivors.

When I was told by Joy that MSNBC would not be moving forward with my story, I was crushed. The bar for reporting survivors’ claims of sexual victimization is already so tremendously high and fraught with obstacles that the majority never come forward. But if I — with my access to members of the media, over 10 years of working in the field of gender violence awareness and documentation and corroboration of my story — barely could get my experience published, it is safe to say that more marginalized women will never have their voices heard given that in most instances, there is a lack of corroboration or evidence of the majority of assaults.

Ultimately, what I fear is that media outlets, which enabled survivors to speak out and nationally launch #MeToo and the Time’s Up initiative, are reverting to the status quo ante, allowing men of privilege and prestige, be they media executives or wealthy, lawyered-up alleged perpetrators of assault — to continue to act as gatekeepers of survivors’ stories. Constructing a world in which perpetrators of sexual abuse are held accountable requires a commitment to creating systemic change, and powerful media entities should reconsider what it means to approach journalism primarily through an economic lens. If #MeToo is to survive beyond the immediate time, the media must summon the same courage and commitment to truth telling that survivors do when we step forward.