Forget what Carrie Bradshaw once said about scrunchies. She was wrong.

Speaking of right and wrong, Ruth Bader Ginsburg — a literal moral authority by virtue of her position as an associate justice on the Supreme Court of the U.S. of A. — has confirmed what we’ve known all along, which is that scrunchies are not a passing trend, but rather, like RBG herself, a timeless classic.

In an interview with the Wall Street Journal, the 85-year-old justice revealed that she has not only been rocking the practical, cloth-covered hair accessory “for years,” but also that she’s amassed quite the collection. “My scrunchie collection is not as large as my collar and glove collections, but scrunchies are catching up,” said Bader Ginsburg, who is the subject of the documentary RBG, which debuted at Sundance this year. 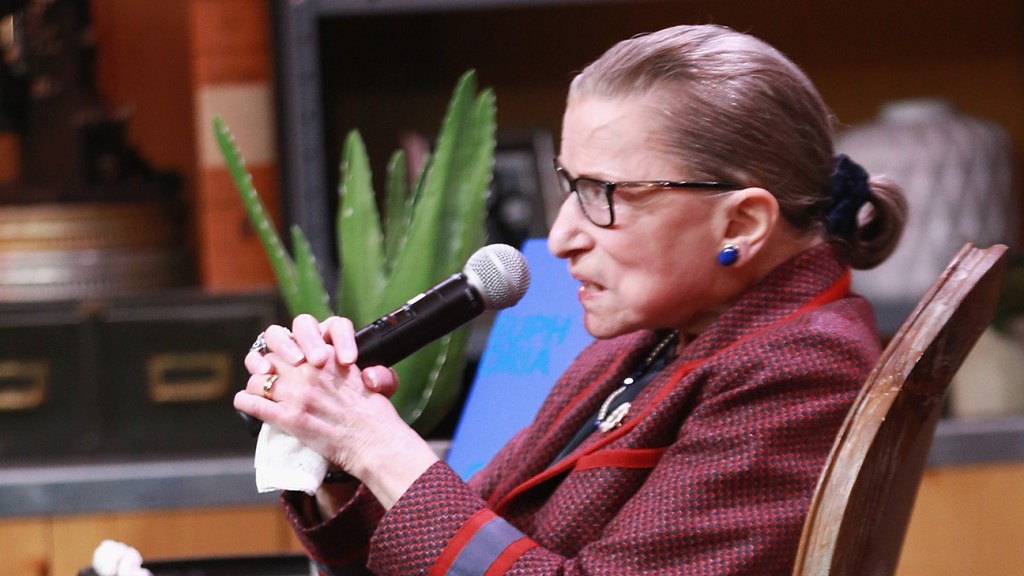 “My best scrunchies come from Zurich,” she continued, “Next best, London, and third best, Rome.” Thanks for the pro tip, RBG.

We know that the justice’s opinions hold a lot of weight, but we understand that there are some scrunchie comeback nonbelievers out there. If the justice’s affinity doesn’t convince you that 2018 is the year of the great scrunchie return, look no further than official arbiter of all things ironically cool, Urban Outfitters, which is selling the hair accessory in a variety of fabrics, colors and sizes. Or Mansur Gavriel, the It-girl favorite label that sent scrunchies down the runway for fall 2017. Or even the head of Bella Hadid — supermodel du jour born three years after RBG was appointed to the Supreme Court — who styled the accessory in a half-up, half-down ‘do that would make Clarissa (the one who explains it all) proud.

There you have it, folks. RBG knows what she’s talking about.

The 25 Most Powerful Stylists in Hollywood 2018