Moments before best actress Oscar nominee Ruth Negga sits down to chat with The Hollywood Reporter at the Gemfields party Friday night, we catch her telling Rodarte designer Laura Mulleavy how much she loves the line. It just so happens Negga is wearing a Rodarte ensemble — a spring 2017 sequined deep V-neck with bell sleeves and black high-waist trousers.

“I’ve been wearing Rodarte throughout this season, so it’s a thrill for me,” Negga says of meeting one half of the sister act behind the L.A.-based brand.

The intimate gathering, hosted by Gemfields in honor of Negga and her stylist, Karla Welch, was held at the Chateau Marmont. Guests, including Busy Philipps, Michelle Dockery and Kat Graham, toasted the evening with Perrier-Jouët champagne. 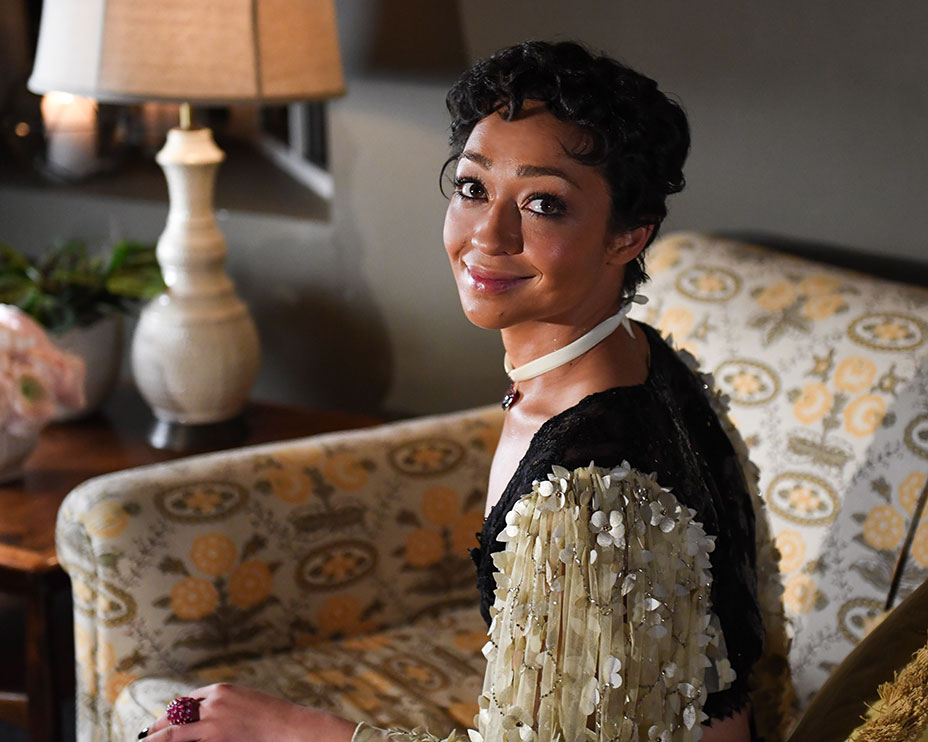 Indeed, Negga wore Rodarte at the L.A. premiere of Loving and W magazine’s pre-Golden Globes party. She’s also made the rounds in Valentino, Miu Miu and Monse, landing on a number of best-dressed lists with the help of Welch.

Turns out, she found her stylist through THR.

“She was featured in the top 25 stylists [list], and this was before I ever started this campaign, I was reading and going through and was like, ‘I pick that girl.’ There was something about her energy, even just her pose. That fierceness,” explains Negga, who was also wearing a Fred Leighton choker with a 24-karat Gemfields ruby. The actress has worn rubies and emeralds from Gemfields, the London-based supplier of responsibly sourced colored gemstones, during awards season.

“I read what she had said and looked her up on her Instagram, and I thought, ‘I know that that person will understand me’ because I do have an interest in fashion, but it’s not very straightforward. I like things that are a bit off-kilter, a bit different, slightly odd or peculiar,” adds the 35-year-old star. “I thought, ‘I won’t have to explain myself to her.’ And that’s exactly the relationship we’ve engendered. It’s very rarely that we disagree. She pulls things for me, and it’s very rarely that I go, ‘No.’ ” 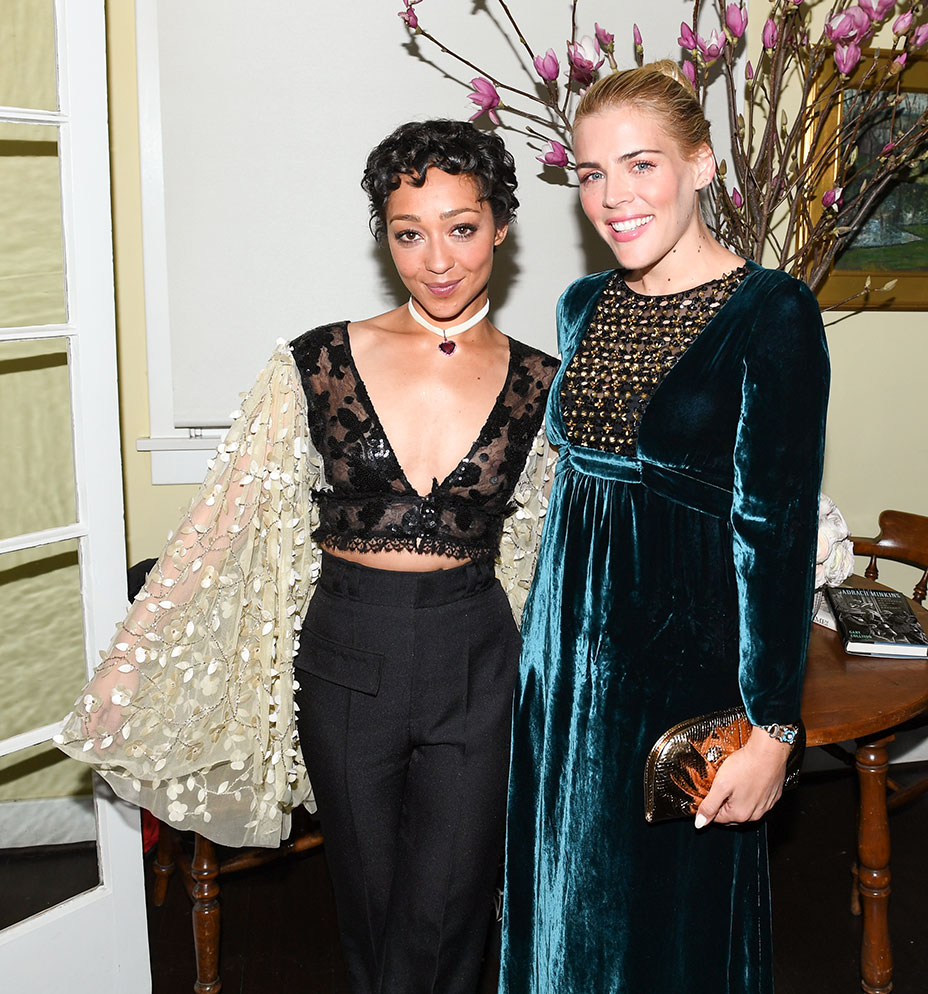 “The day before I got the call to work with Ruth, I read about her movie, and I thought, ‘Oh my gosh, that sounds so interesting,’ ” recalls Welch, clad in a black Celine ensemble.

For proof that the dynamic duo know how to have a good time when getting ready for events, look no further than Welch’s Instagram, which documents their partnership. One memorable shot featured Negga posing like a badass in a Monse strapless pinstriped pantsuit.

“I was having fun,” says Negga with a smile. “That’s the thing: I love fashion because it can really give you a [sense of] confidence and playfulness. It gives you humor, joy, confidence, drama, individuality. It makes you stand out from the crowd. That’s what you see in those photos — a genuine joy.”

Adds Welch: “I blame that on Vernon [Francois], her hairdresser, because he’s always like, ‘We need to do pictures!’ “

As for those poses? Negga shares that she gets nervous on the red carpet, so “before we go out, we do what I call ‘pose practicing’ because I don’t know how to do this. I’m not a model.”

Don’t be surprised to see more power poses on Sunday when Negga gets ready for the Oscars. When asked if there’s anything she can reveal about her red-carpet look, she teases, “I would be murdered. How can you even ask that question?”

Welch, meanwhile, offers up some clues.

“She’s going to look beautiful. It’s going to be simple and elegant and perfect for the Oscars,” says Welch, adding that the actress will be wearing the ACLU blue ribbon. “There’s a quietness to the look, but it’s major.”