Anthony Vaccarello did the fashion world proud on Tuesday night when he staged a moving tribute to Pierre Berge, the towering fashion figure who died Sept. 8, under the towering Paris landmark the Eiffel Tower.

Berge was the right hand and companion to Yves Saint Laurent, and the business mind behind the brand for four decades, when he helped to transform French fashion from a niche couture business into an international industry by seeing that the Youthquake of the 1960s was opening up the possibility for a ready-to-wear market and lucrative licensing deals.

On each seat at the show, held at the Trocadero near the base of the Eiffel Tower, was a card printed with a tribute to Berge, Saint Laurent and their “L’Amour Fou” (“crazy love”). And after all the glittering guests had filed in (Robin Wright, Courtney Love and Frances Bean Cobain, as well as a late-arriving Lenny Kravitz), the tower started glittering itself on cue just as the first model walked out. 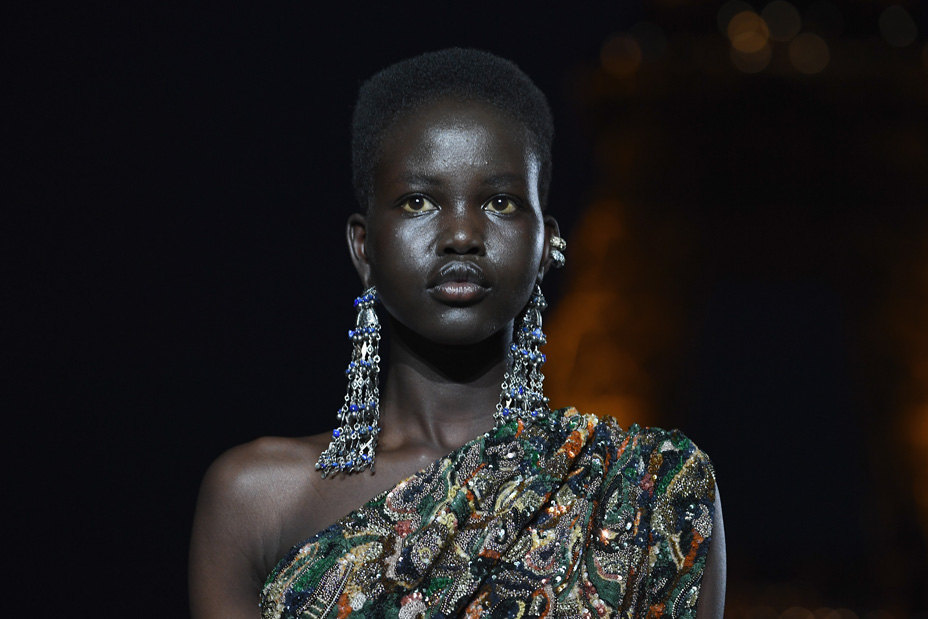 The spring 2018 men’s and women’s collection — Vaccarello’s most stellar and sure-footed showing since he was appointed artistic director of Saint Laurent last year — was a tour through the vast influences of the house’s 50-plus year history (military, boho, safari, excess), brimming with diverse casting, a youthful spirit and that unmistakable French touch. 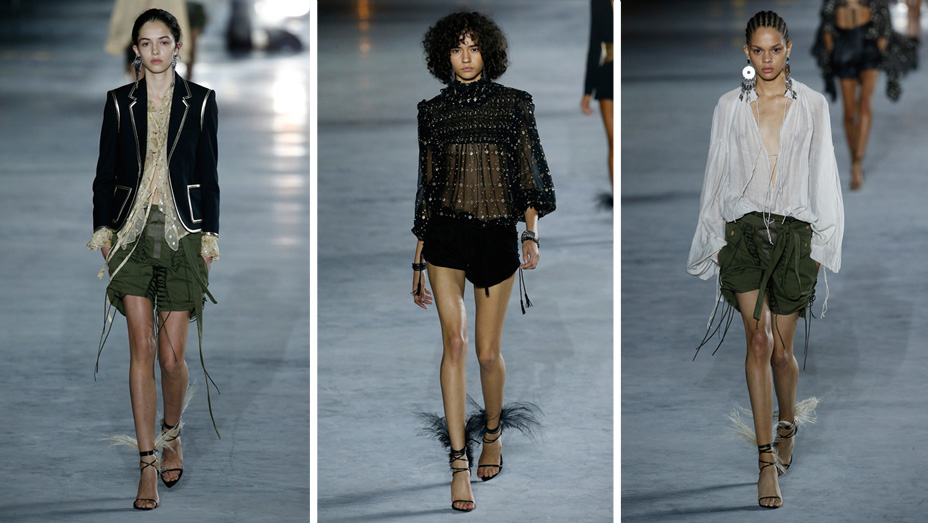 It all started with cool-looking Army green shorts with utilitarian strap and lacing details, worn with a peasant blouse or schoolboy blazer — just the kind of thing you could see young girls wearing out to a late dinner at L’Avenue. Things gradually became more dressed up, with sexy lace blouses or billowy leopard print shirts atop pleated leather shorts and fringed statement boots paired with super short mini-dresses cut down to the navel. 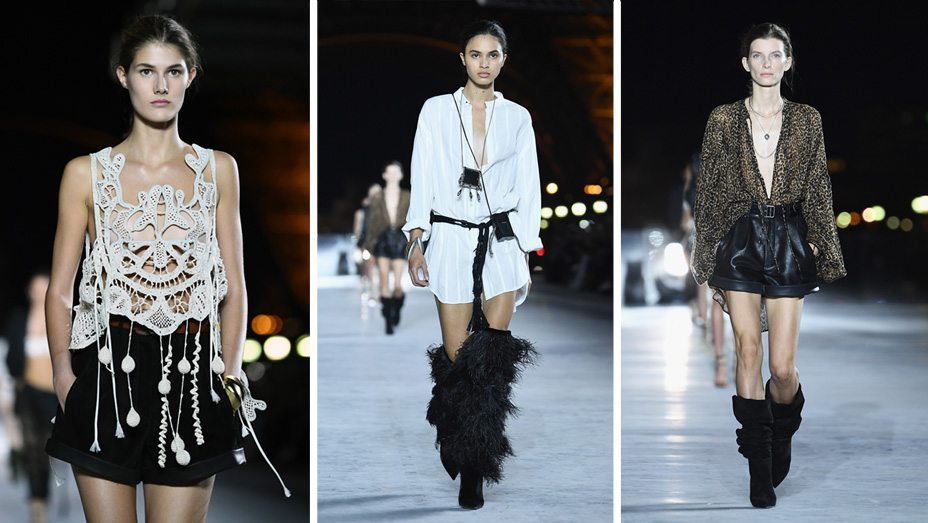 But it was the finale that took your breath away, look after look coming rapid-fire, each one more exuberant than the last, with a pouf here, a side ruffle there, a puff of feathers here, a blouson top tucked into cigarette pants there. It was a moving display of beauty for someone who spent his whole life in pursuit of it. 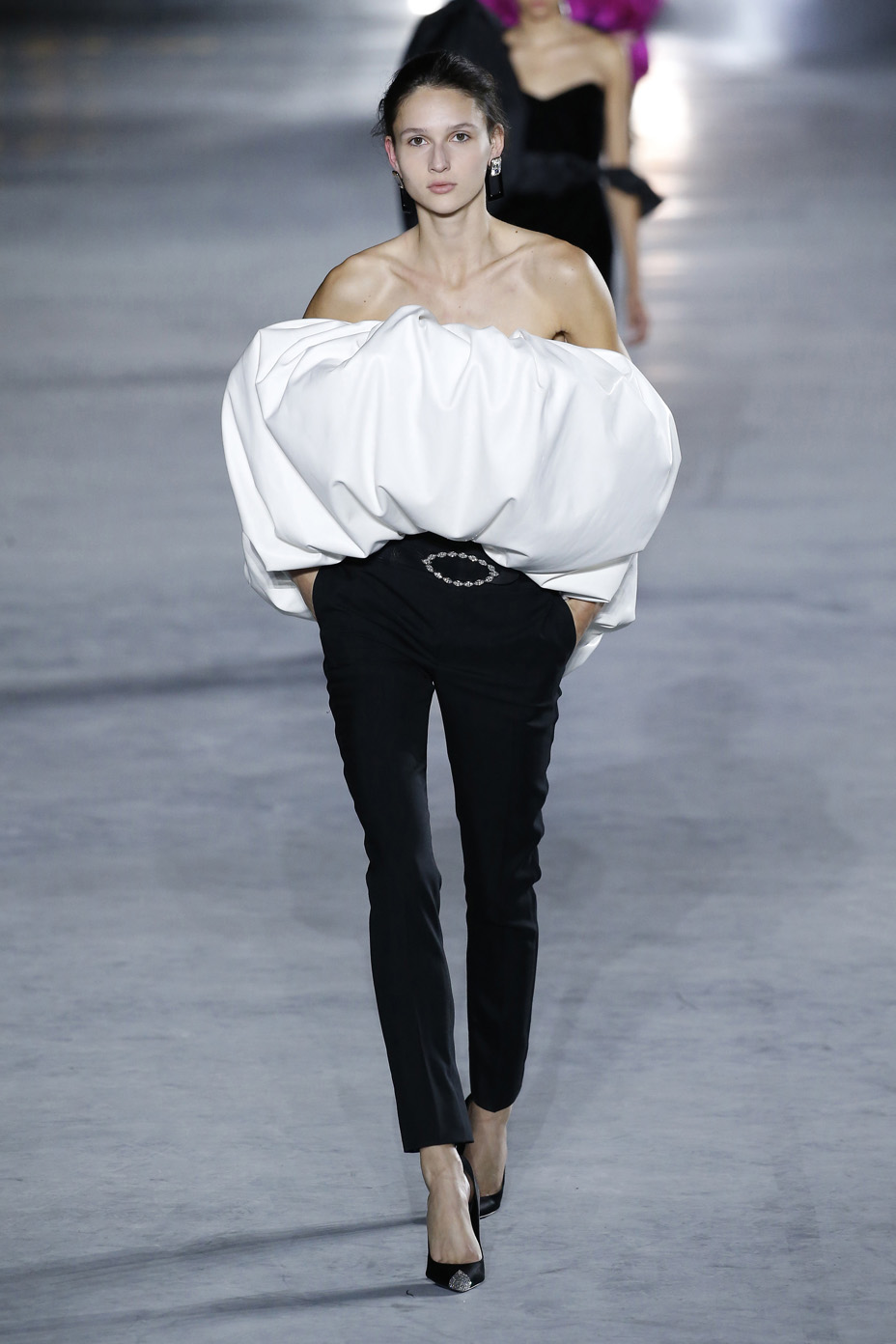 Menswear was equally strong, with some pieces looking like they could have been unisex really, including varsity jackets in crystal embroidered velvet or metallic multi-hued silk, soft silk smoking jackets and even a sharp-cut white blazer — all of which should please the brand’s rock ‘n’ roll fans. 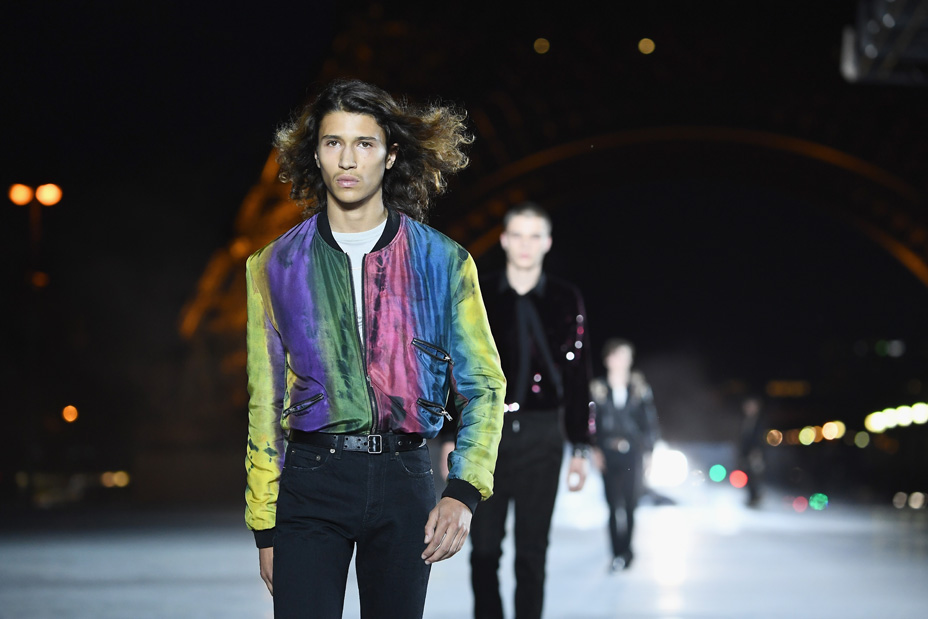 If there was any doubt that Vaccarello could continue former designer Hedi Slimane’s momentum with the brand, that should now be put to rest. The house of Saint Laurent is on the same firm footing as that other French icon that on Tuesday night was sparkling upon it. 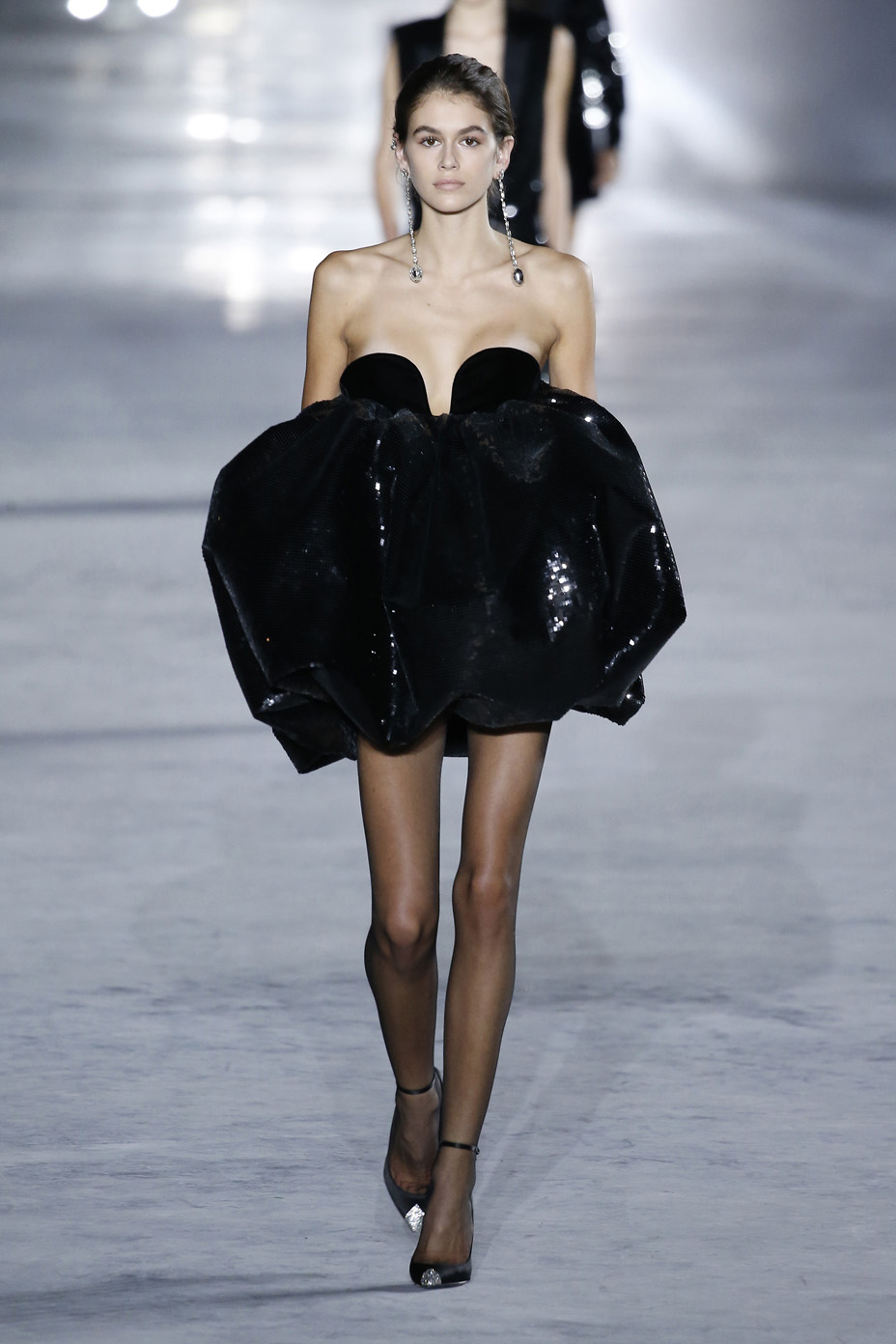 See Every Look From the Saint Laurent Spring 2018 Show