Soon after Mr. Robot launched in 2015, anointing Sam Esmail as one of TV’s most in-demand writers, the USA drama’s creator (an East Coast transplant) admitted to THR that he hated Los Angeles. As his series heads into its fourth and final season, premiering Oct. 6, Esmail says that’s still true. But with a massive new deal at Universal Content Productions, three series in production and at least six other projects in various stages of active development, the 42-year-old has become — at least contractually — an Angeleno.

At one point you said Mr. Robot would run five seasons. How did you land on four?

At the end of this third season, we put up the last two episodes — because I’ve known what the last two episodes would be since we started — and I said, “How many more episodes, without treading water, do we have to get the story from this point to that?” It was a tough call, but I think we let that dictate whether this would be the last season or not.

You’ve described the last 13 episodes of Mr. Robot as “one long Christmas special.” What inspired that?

I grew up watching a lot of British television — and a lot of those shows, specifically The Office, they sign off with a Christmas special. I’ve always found that fascinating because there’s something bittersweet about the holidays. Something is coming to an end, but there’s also something really optimistic about looking forward. I really felt strongly that Christmas be the backdrop for how we ended this show.

Rami Malek was virtually unknown when Mr. Robot premiered. Now he has an Oscar. Have you talked about future collaborations?

We have a book set up at Universal, American Radical, which is going to be a movie. Beyond that, we’re talking about another movie project. We’re really close, and we work well together.

Amazon and Universal engaged in a bit of a bidding war over you before you re-signed with UCP. How did you digest the courtship process?

The courtship process is very anxiety-inducing. You don’t want to hurt anyone’s feelings, and you try to remove the emotion — but, for me, that’s verging on impossible. I can’t help it. I love the people I work with, at Amazon and at Universal. Ultimately, Universal has a vision for the future that’s in line with what I want to do.

Do the expectations attached to deals like yours also cause anxiety?

Generating ideas is something I actually enjoy. I keep a notepad on my phone; I’ve written down a million ideas that may never see the light of day. So that’s the fun part. The tricky part is trying to find the right execution of an idea, and that involves finding the right people to write, direct or showrun.

What’s the appeal of revisiting the Battlestar Galactica franchise, given all of the affection for the 2004 update on Syfy?

It was this sci-fi show that didn’t feel incredibly sci-fi-y. It was grounded. I felt like I was watching a war film — so allegorical because it really was talking about 9/11 and the post-terrorist attack environment in a really human way. It was groundbreaking television in how serialized it was before that became popular among the other dramatic shows.

Which, it seems, would make it more daunting to reboot.

The word “reboot” was used when we were first talking about it, and I cringed. [Showrunner] Ronald Moore, he just hit it out of the park with his series, so why would I even want to touch that? I talked to him and said, “A, are you OK with this? And B, if you are, how do we proceed?” He said he was OK with it as long as it wasn’t a reboot — which was in line with what I was thinking. But the world of Battlestar Galactica is so rich, the mythology is so interesting, that I think there is a lot to pick from and explore.

You’re just producing that project. How are you coping with the fact that your career now demands you cede a lot of creative control?

That’s been an honest struggle for me. I have a hard time not being involved in every piece of the equation. Sometimes, if I’m on set, I’m literally moving things an inch here or an inch there. It’s something I need to work on. (Laughs.) So when it comes to working on other shows, with other creators, it’s all about trying to find that balance of collaboration and staying out of their way. 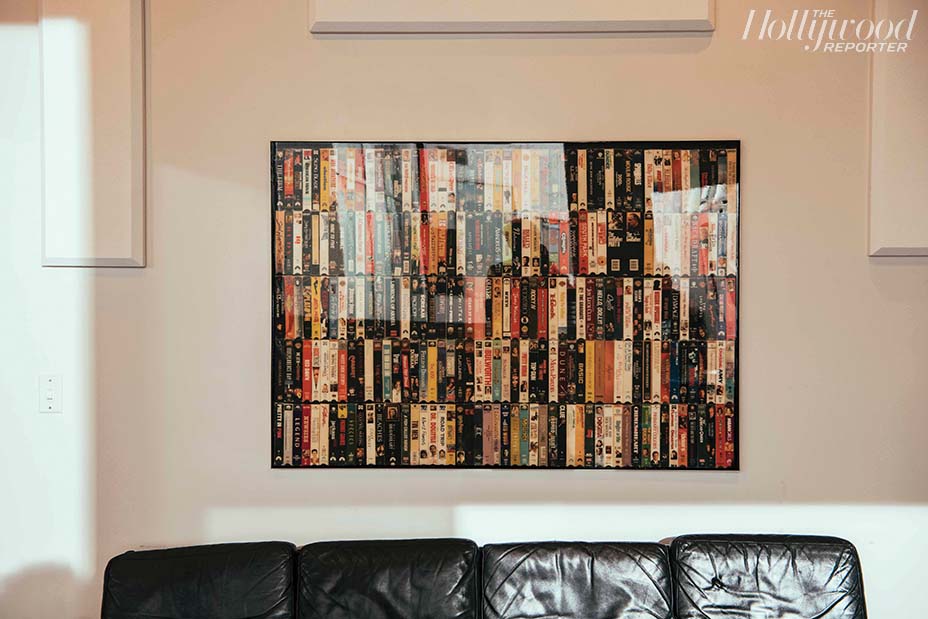 What’s your favorite part of your job?

The writing and prep are the most amazing because you just get to fantasize. Everything comes together in your head, and you’re just on cloud nine. Then production happens, and all of your dreams start to crumble. But postproduction becomes this post-traumatic stage. (Laughs.) You’re able to take what you shot and all of those fantasies and evolve them into this different thing. And that’s really exciting.

What excites you about moving on from Mr. Robot?

I love that TV is a flexible format. You can do 10-minute episodes or one long movie that’s in chapters — essentially whatever you want because of the flexibility of all the platforms. And I am still interested in the theater experience. I do think there’s a bridge between that and streaming, but I don’t know what that is yet. 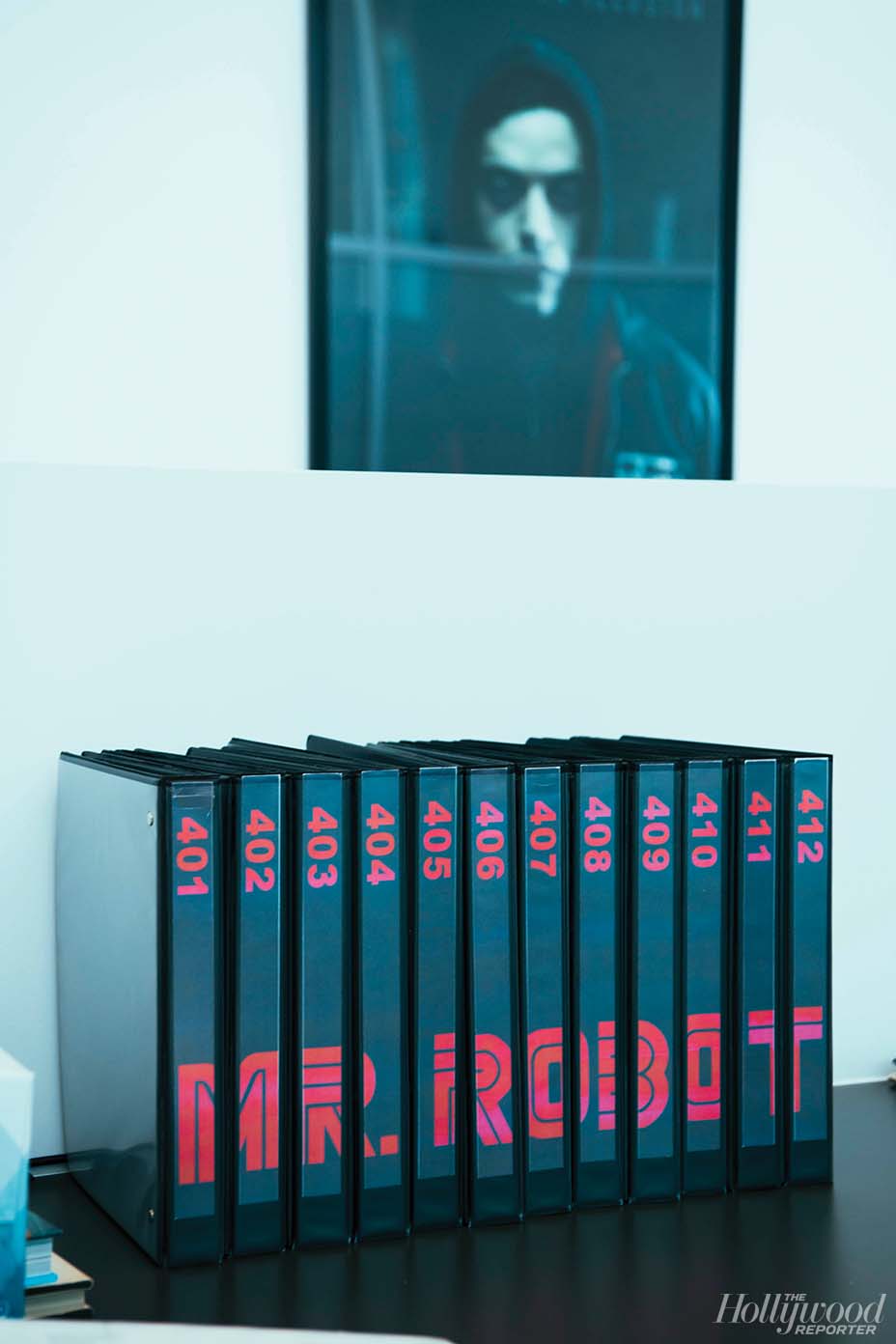 Where are you and Rossum with the Angelyne miniseries?

Emmy is doing all this movement training. When I come home and I see her do it, it’s so crazy how realistic it is. She’s just brilliant, but I’ve never seen this before from the beginning — someone studying and training for a role. It’s pretty fascinating because initially it was hard for me to wrap my head around it. 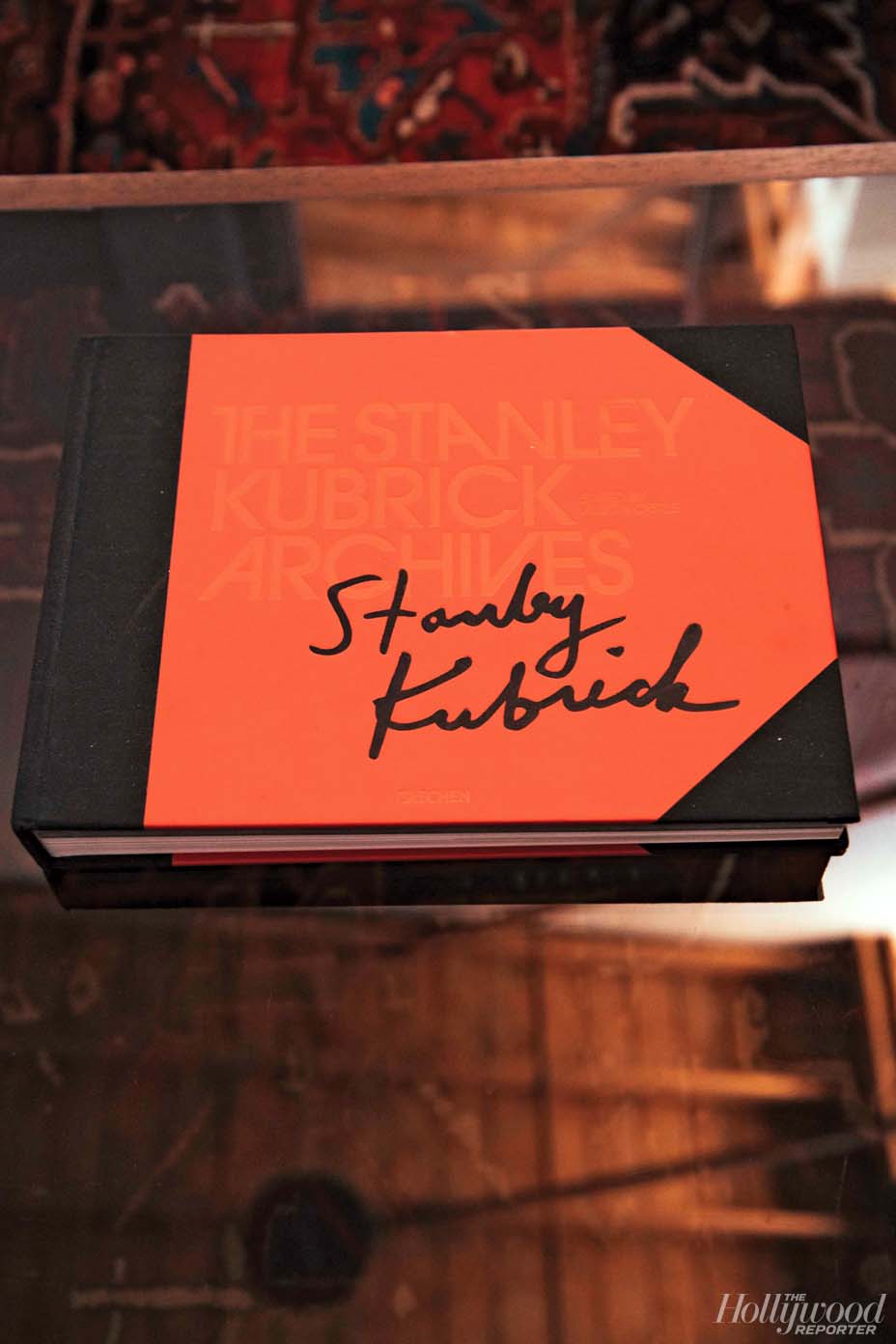 How would you like to see the agencies standoff resolved?

I’d like to see some sort of negotiation start to take place. I see why the WGA is putting a strong line in the sand. I just hope that isn’t the only tactic that they have in their arsenal. I hope that there’s more that’s going to come from their end to try to break through this impasse. 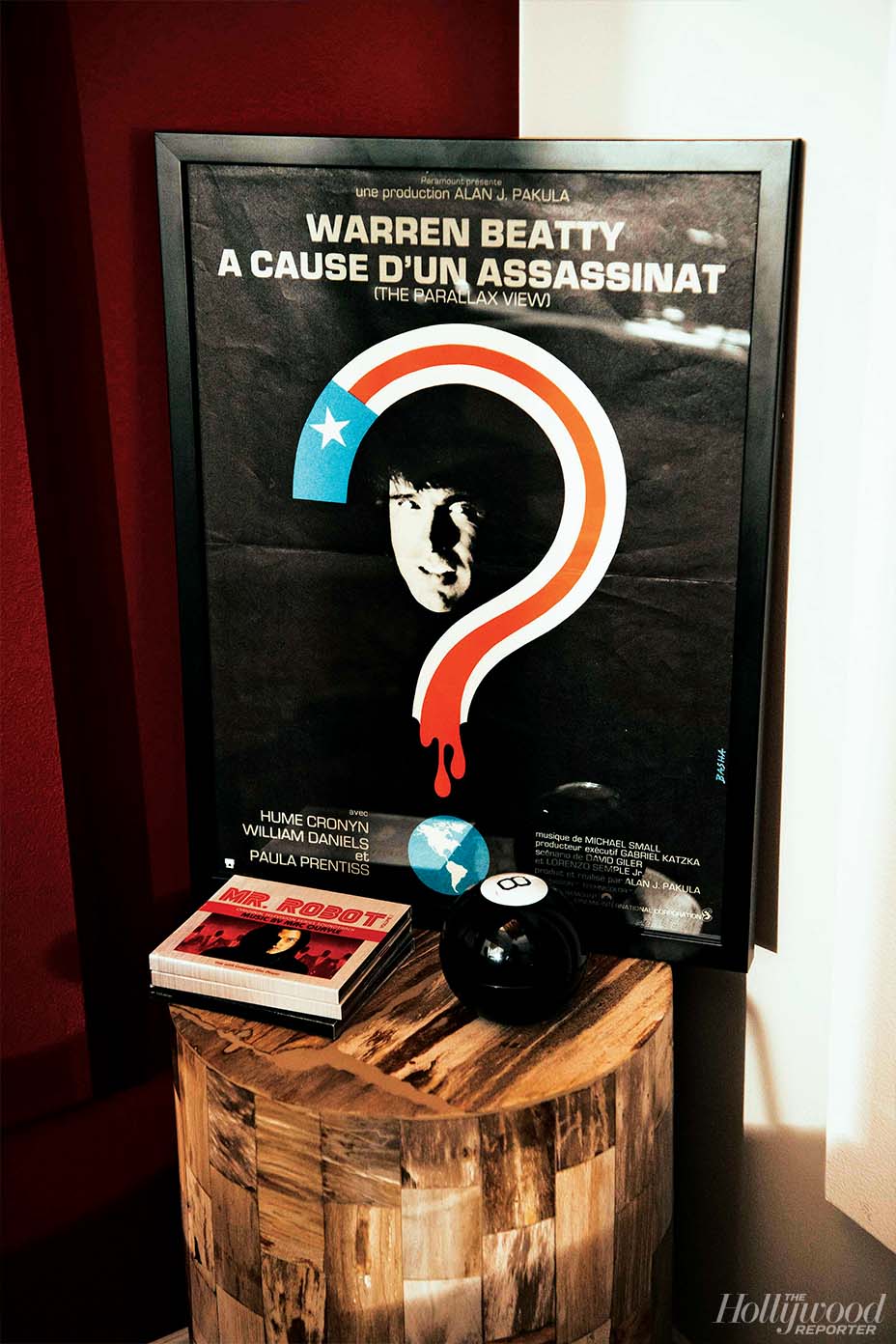 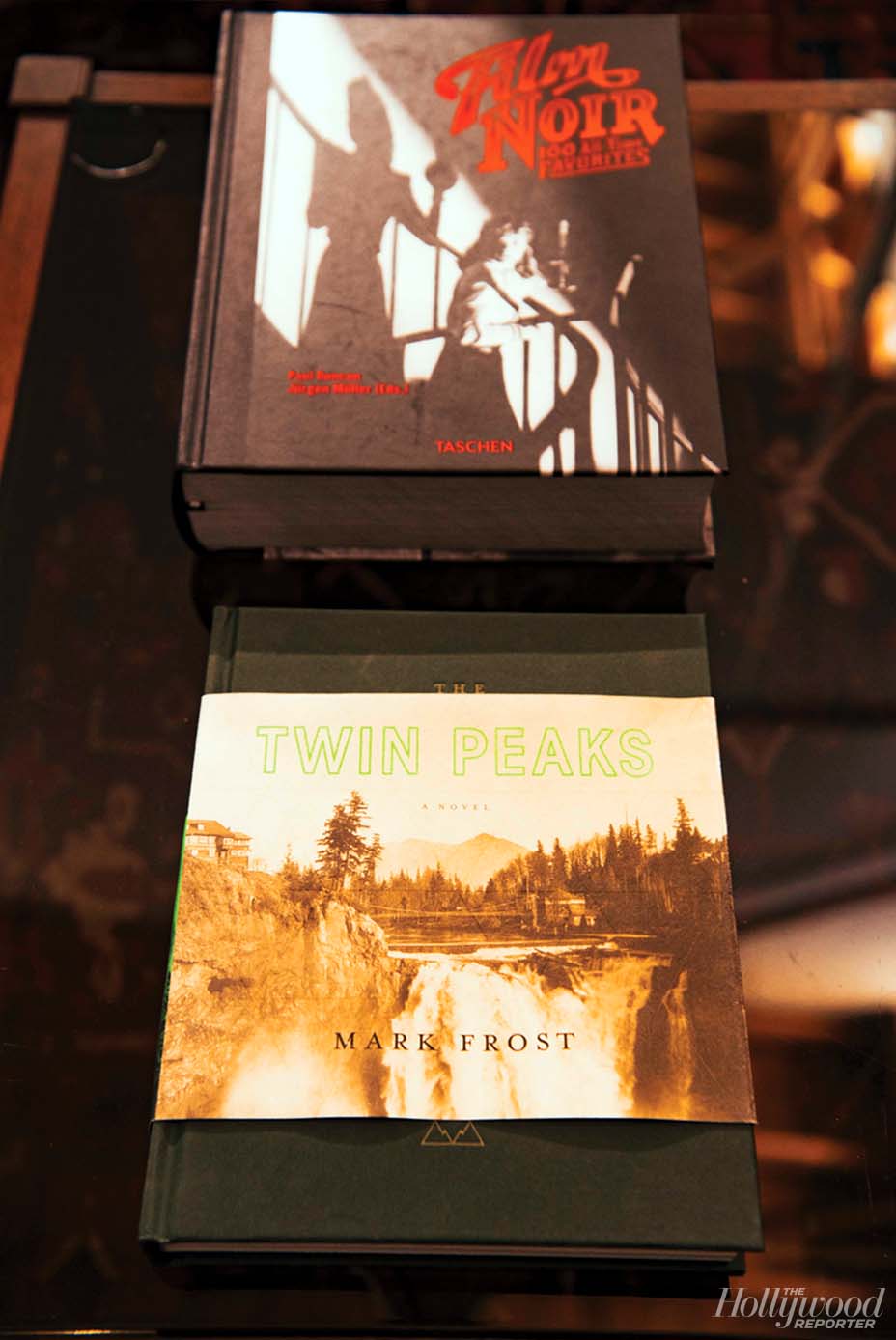