Sandy Powell is no stranger to the Academy Awards, with three wins already under her belt for costume design (Shakespeare in Love, The Aviator and The Young Victoria). But with her two nominations this year — for The Favourite and Mary Poppins Returns — she has become the most Oscar-nominated costume designer alive, with 14 nominations. (And it’s not even her first year as a double nominee: In 2016, she received nods for both Carol and Cinderella.) This time, her workrooms for both films were created only a few yards apart at Shepperton Studios in London, where Mary Poppins Returns was filmed. She created 400 of the costumes for Mary Poppins and all 150 costumes in The Favourite from scratch. “The adrenaline kept me going,” says Powell — who reveals here the first costume idea she had after reading Mary Poppins Returns (it was for the big animated sequence), the most time-consuming look in the film and why she was “determined” to do The Favourite.

How has your process changed since your first nomination, in 1994?

The basic process stays the same, but what has changed is your level of experience. What I do is panic less. I think 25 years ago, I’d have started a project and thought, “Oh, my God. I don’t know what to do. I don’t know how I’m going to do it.” That’s not to say I don’t feel like that now, but I might feel like that for a minute, and then know somehow it will work out.

How did these two films feel personal to you?

What made you want to chase it?

How did you mentally keep the two projects separate while working on them simultaneously?

It helped that they were so completely different. There was no way I could confuse one for the other. In a way, they didn’t collide. It was a miracle, quite honestly, and I wouldn’t do it again in a hurry, because it’s unlikely it could work so smoothly again. 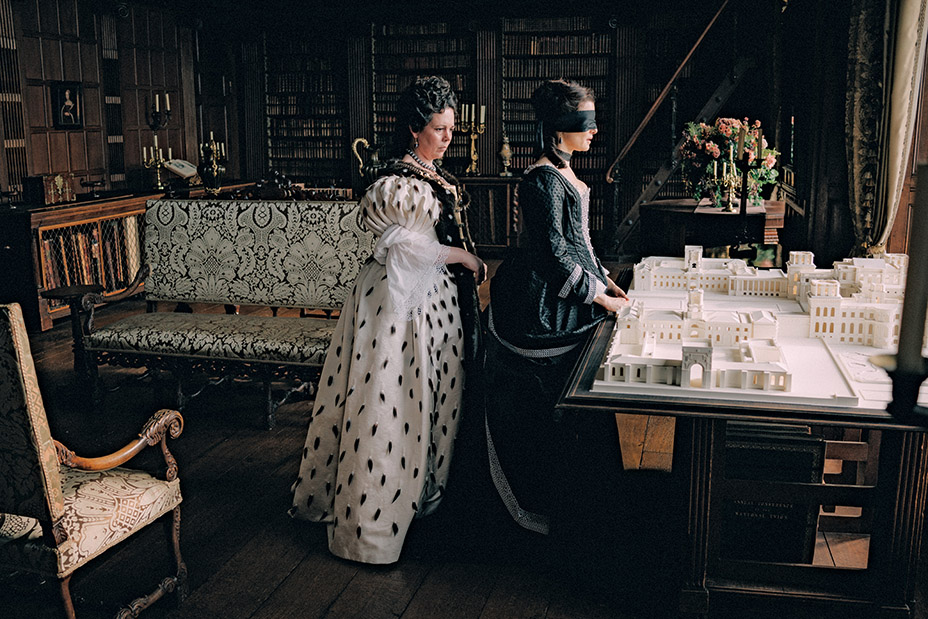 How did you include modernity while keeping The Favourite authentic to the period?

We researched that properly and looked at the shapes and the silhouettes and how the costumes were constructed. But I used quite a lot of very contemporary fabrics and treatment of the fabrics. I didn’t use any lace at all. I used laser-cut cotton, which wouldn’t have been used. A lot of the trim was laser-cut vinyl fabric. I used denim and old jeans to make the servants’ costumes, so in that sense there were contemporary elements to it.

Which costume took the longest to get right?

All the painted costumes [in Mary Poppins]. We spent a lot of time making prototypes and doing samples and testing out how the painting technique would work. I had this idea to paint the costumes and make them look 2D, but we didn’t know whether it would work until we tried and tested it. Meryl Streep’s costume in the film actually took the longest, because the textiles were made from scratch and there was a long, laborious process, hand-painted. 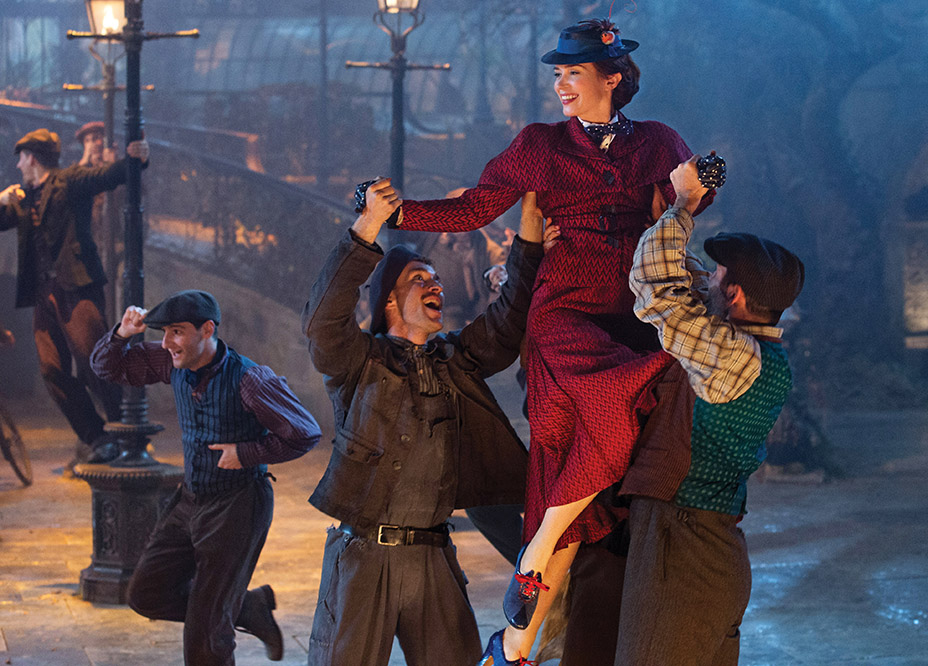 In Mary Poppins, which look was most important to you to pay homage to the original?

The Mary Poppins arrival costume, which she wears when we first see her. It’s probably the only one that’s a direct link to the original. Everything else was about getting the essence of the characters. For the animated sequence, I wanted to get the same feeling as the original “Supercalifragilistic” scene — even though my costumes were painted, and those weren’t. It had to have the same lightness and fun quality.

How did you decide to paint the costumes?

It was the very first idea I had when I read the script. I knew we were doing an animated sequence like in the original and also with the same style of animation, the old-fashioned, very painterly animation. I wanted to make the live-action characters part of the animated world. So I thought it would be great if I could make the costumes look like they’ve been painted by the animators, but actually they’ll be 3D but looking as if they were 2D.

What are you looking to take on next?

At the moment I’m working on a film that couldn’t be more different from either of those two — a life story of Gloria Steinem and the women’s movement in America in the ’60s and ’70s, but it goes back to 1940 and ends in the present day. And I don’t know what’s coming up next. That’s why I enjoy this line of work. I know for a lot of people that would be terrifying, but I like not knowing what’s next, because it could be anything. What was great about both Mary Poppins and The Favourite was that I was given the opportunity to design and make every single costume, to be totally and utterly creative. In a way, that would be my ideal next project ­— to do something similar.

Which Look Took the Longest to Get Right?
Oscar’s costume nominees weigh in on the ensembles that challenged their creativity most.

“The first costumes on the workroom tables took the longest time – not because they were the most complicated, but because there was so much to learn. I made the decision?to make all the costumes (other than five”‘portrai”’ looks) in denim, based on both practical and artistic criteria. Later, I fully understood the balance I needed to achieve between the period and the modern. Denim is so much part of our lives today and we all carry a preconception of denim clothing;  I wanted to use this to bring a modernity and accessibility to the clothes to support the script. It was fascinating to use a single fabric, to manipulate this fabric to build a story for  two queens in the 16th century.”

“The Panther suit. The surface pattern, the “Okavango” triangle, was sampled in three sizes; we tried to keep its integrity when stretching around the muscles. The footwear inside the suit changed — Chadwick preferred a softer, training-type base like a Nike trainer. Stunts, however, preferred a flatter, more agile structure, like a boxing or wrestling boot. The suit was described in the script as simpler, lighter  in weight and more high “nanotech.” The new “top layer,” or “top skin,” of the suit was made of the lightest-weight euro-jersey. This didn’t hold up to the stunt work performed, so we hired a cutter who worked for the Boston Ballet to create a new version we called a “tough suit” — a heavier material with specialized gussets in places, similar to the needs of ballet dancers. Now when T’Challa’s stunt double did all the specialized fighting and flying stunts, they didn’t blow their pants.”

“The performance costume worn by the character Harrison, played by Harry Melling, in the story “Meal Ticket.” The Coen brothers wanted to achieve their idea of Harrison having no arms and no legs with as little CGI as possible. It required a great deal of trial and error. A big breakthrough was the idea to build his shirt with four arms (instead of two). This would allow Harry to put his arms behind him while shooting from the front and in front of him while shooting from behind. The other big breakthrough was the idea of a small prosthetic?at the top of Harry’s leg. If we gathered the pants under the prosthetic it was even more effective, so his pants were really short-shorts with an elastic gather.”