The musical that marked a successful first move into theater projects for pop singer/songwriter Sara Bareilles, Waitress, has entered the final six months of its hit Broadway run. Lead producers Barry and Fran Weissler announced Tuesday that the show’s closing performance at the Brooks Atkinson Theatre will be Jan. 5.

Based on the 2007 indie film written and directed by Adrienne Shelly and starring Keri Russell, which became a modest sleeper hit for Fox Searchlight, the show features a book by Jessie Nelson, music and lyrics by Bareilles, direction by Diane Paulus and choreography by Lorin Latarro. It became the first musical in Broadway history with an all-female principal creative team.

Following a summer 2015 premiere tryout run at the American Repertory Theatre in Boston, where Paulus is artistic director, the production began previews March 25, 2016, on Broadway, ahead of an April 24 official opening. It will close just short of the four-year mark, having played 33 previews and 1,544 regular performances.

The show’s instant popularity was fueled by Bareilles’ recordings of her songs for the musical. She debuted the emotional second-act showstopper, “She Used to Be Mine,” during her 2015 concert tour and then released the concept album, What’s Inside: Songs From Waitress, that November.

Since Waitress began its New York run, Bareilles has been embraced as a bona fide member of the Broadway community, not only stepping into the lead role for multiple stints, with her fans reigniting the box office each time, but also co-hosting the 2018 Tony Awards with her friend and fellow crossover theater star from the popular music world, Josh Groban, and playing Mary Magdalene on NBC’s Jesus Christ Superstar Live in Concert the same year.

Bareilles currently is working with co-executive producer J.J. Abrams and reteaming with writer-director Nelson on Little Voice, a half-hour series for Apple about the diverse musicality of New York. 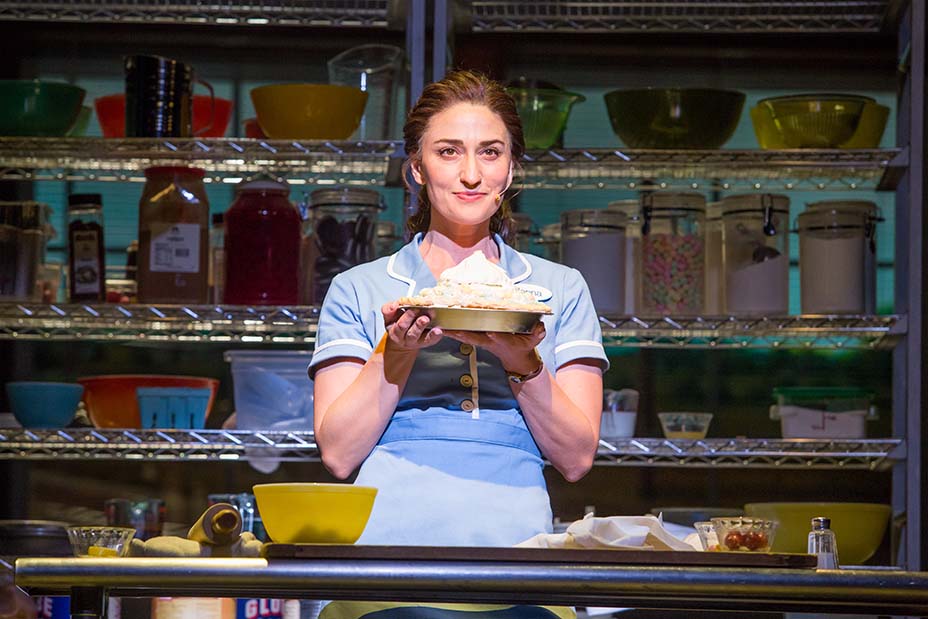 Bareilles spoke with The Hollywood Reporter about the bittersweet news of Waitress ending its New York run.

“It’s like one part gut-punch and one part incredible gratitude,” she said. “It’s an overwhelming amount of nostalgia and reflection and just taking it all in. It feels like this magical thing happened. The show has such a big life, it’s so beautiful and far beyond what I was anticipating. I think I was hopeful that we’d have what I would describe as a fatted-calf first year on Broadway. But to have celebrated three years and now turned the corner into our fourth, it’s just miraculous. So much gratitude for our company, our cast, and our amazing fans that have kept us happy and healthy. We’re just so lucky.”

Bareilles says the personal and professional impact of being part of the show’s creation has been incalculable for her.

“It’s like I got baptized by Waitress,” she said. “There’s my life before Waitress and my life after Waitress. It’s totally reoriented me as an artist, taking on something that was foreign and familiar at the same time, and taking on a project that I didn’t really have a good sense of whether or not I was going to be able to achieve it. Being given the gift of these extraordinary collaborators, learning the beauty of community and creation on such a deep level and then having the show come to life has really impacted my career and my profile as an artist.”

The singer-songwriter points to key relationships that have sprung from her Waitress involvement, ranging from Abrams and Nelson through T Bone Burnett, who produced her sixth studio album, Amidst the Chaos, released in April, to her boyfriend and former castmate Joe Tippett.

“All of my nearest and dearest friends and chosen family in this chapter of my life are all sort of spawned from the world of Waitress,” said Bareilles. “It’s really been a game-changer for me.”

She says her key take-away from the experience has been the sense of community: “It’s something that I think on some level I may have been missing in the music industry, because it’s competitive in a different way. Really the heart and soul of making a piece for the theater is so deeply dependent on a community. That was the thing that I found to be the most nourishing as an artist, to get a chance to work in a field and on a project that felt like a family.”

While box office on the musical has lately slipped to around 50 percent of its gross potential, the show has been a lucrative earner for the producing team of the Weisslers and Norton and Elayne Herrick. The production recouped its $12 million investment less than 10 months into its run, making it one of a tiny number of new musicals from the 2015-16 season — alongside Hamilton and School of Rock — to go into profit. Cumulative grosses to date for Waitress have surpassed $149 million in New York.

“When Fran and I saw Adrienne Shelly’s beautiful movie in 2007, we knew immediately that it could be a great stage musical,” said Barry Weissler in a statement. “It had everything: wit, romance, drama and comedy. The musical would require the same perfect touch. With Diane Paulus at the helm we gathered a brilliant team — Sara Bareilles, Jessie Nelson and Lorin Latarro — who worked together seamlessly to create the musical gem that Waitress is.”

Added Weissler: “Watching Sara Bareilles take her innate skills as a brilliant pop singer and songwriter and to also become a natural Broadway composer-lyricist has been especially rewarding to observe.” 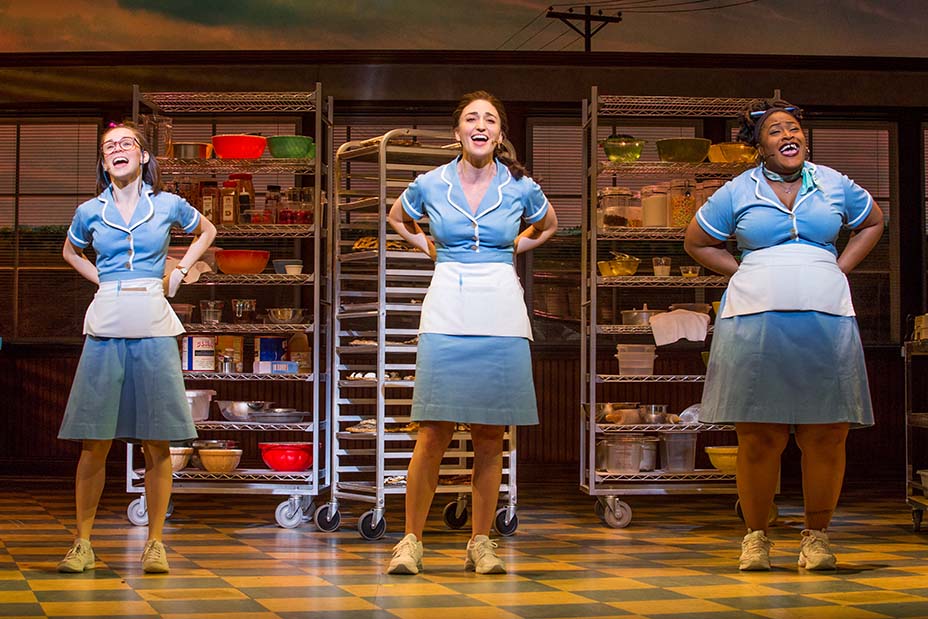 The show opened with Tony-winner Jessie Mueller in the lead role of Jenna, a diner server in the Deep South who pours her heart into the fancifully named pies she bakes, dreaming of a way out of her abusive marriage and into a happier life. Mueller was flanked in the original cast by Kimiko Glenn (Orange Is the New Black), Keala Settle (The Greatest Showman), Drew Gehling, Nick Cordero, Christopher Fitzgerald and Dakin Matthews.

In addition to the Broadway production, Waitress currently is playing at the Adelphi Theatre on London’s West End, and the first national tour, which kicked off in September 2017, is scheduled to play through August, winding up with a five-week run in Toronto. An Australian opening is in the works for 2020, while producers say they are in talks for future productions in more than 20 international markets.

As to whether there will be more musical-theater projects in Bareilles’ future, she’s enthusiastic but cautious, given the significant chunk of time required to develop a new show from scratch. But she confesses to being curious about taking the next step as a storyteller by creating a role she could then originate as a performer.

“I would love that,” said Bareilles. “But I know now that I was very naive in saying yes to this project because I really didn’t know what I was saying yes to. I mean, it’s a full-time job and then some. I didn’t realize that it was essentially going to take over my life. Now, having that little bit of knowledge, I can be sort of discerning in terms of timing, and where a new project might live in my life.

“But all it did was deepen my admiration and love for the theater community and make me feel extraordinarily lucky that I get to participate on some level,” continued Bareilles. “They’re the hardest-working, most talented people in the entertainment industry, and making stuff with and for the theater community feels like something I would love to do for the rest of my life.”