Already, she’s weathered several political storms (Trump’s no-confidence tweets about Attorney General Jeff Sessions, the outcry over transgender rights in the military) as well as a personal one, when boss Anthony Scaramucci, the new White House communications director, directed a bumbling remark about hair and makeup at her during an interview with Jake Tapper on Sunday, only to walk it back later. 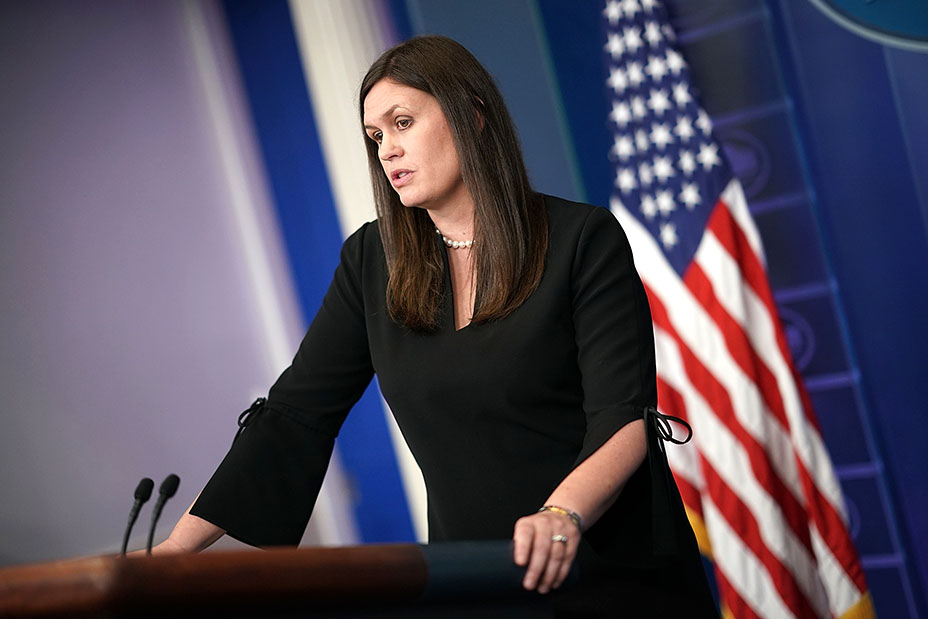 Sanders, who is the daughter of former Arkansas governor Mike Huckabee (because Washington, D.C., loves a legacy as much as Hollywood does), jabbed back at The Mooch during her daily briefing Wednesday, proving she can give as good as she gets. Not content to give her the last laugh, Scaramucci tweeted at her not to steal his hairspray, in an apparent attempt to level the gender playing field when it comes to discussion about appearance. 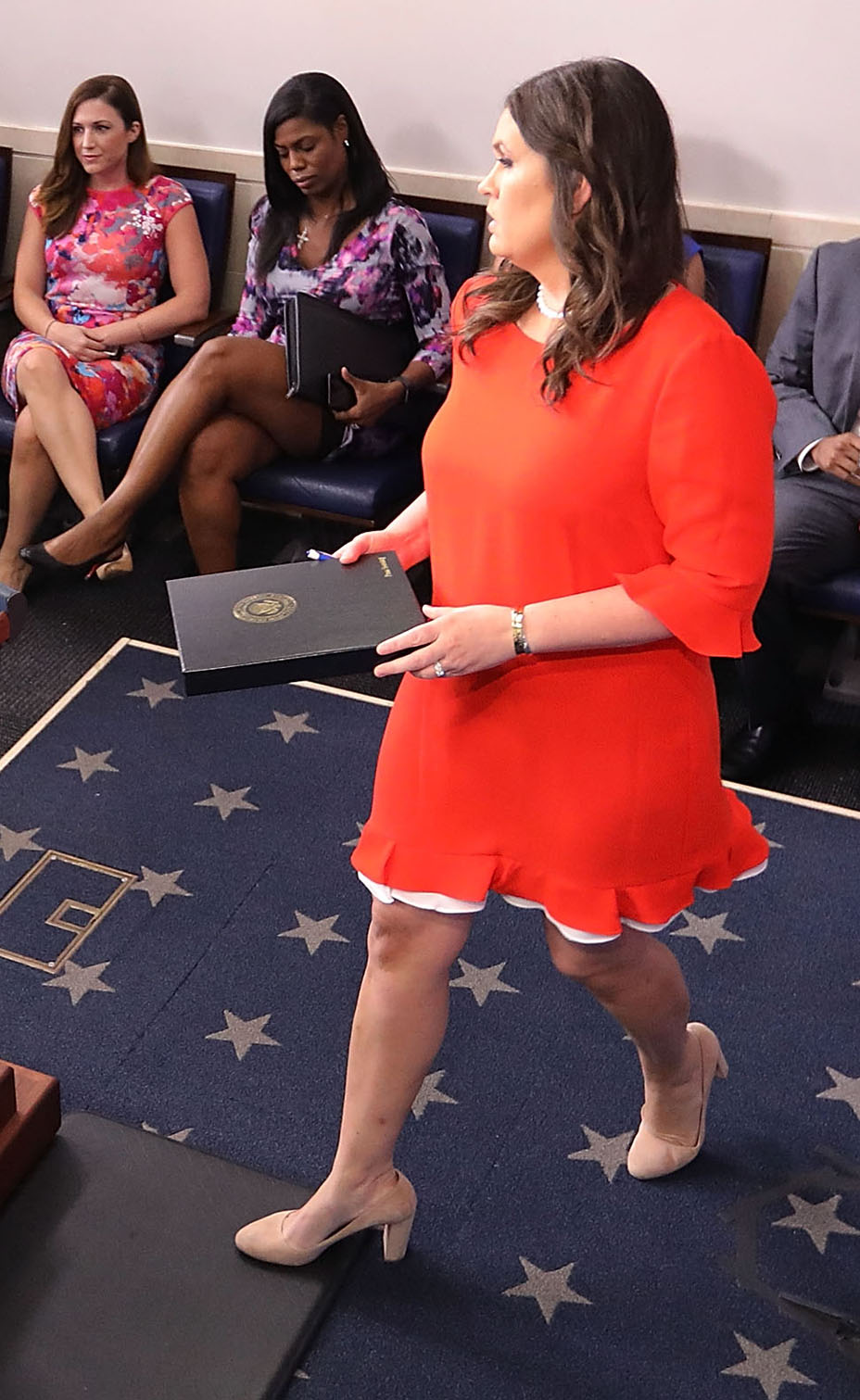 All joking aside, some social media style critics have suggested that Sanders looks like she’s gotten a makeover since Scaramucci sauntered into town (fake eyelashes have been mentioned, and she seems to be wearing her hair in loose spiral curls). There has certainly been more discussion about her appearance; the trade publication Footwear News posted a gallery of photos of Sanders at the July 21 press briefing, where the slick financier was introduced, pointing to her chunky-heeled nude suede pumps, which she paired with a red dress with a flared hem and her signature pearl choker necklace.

But Sanders has always looked great in my book — and most of all, accessible, a young 30-something professional woman with a real-world figure, dressing on a budget. 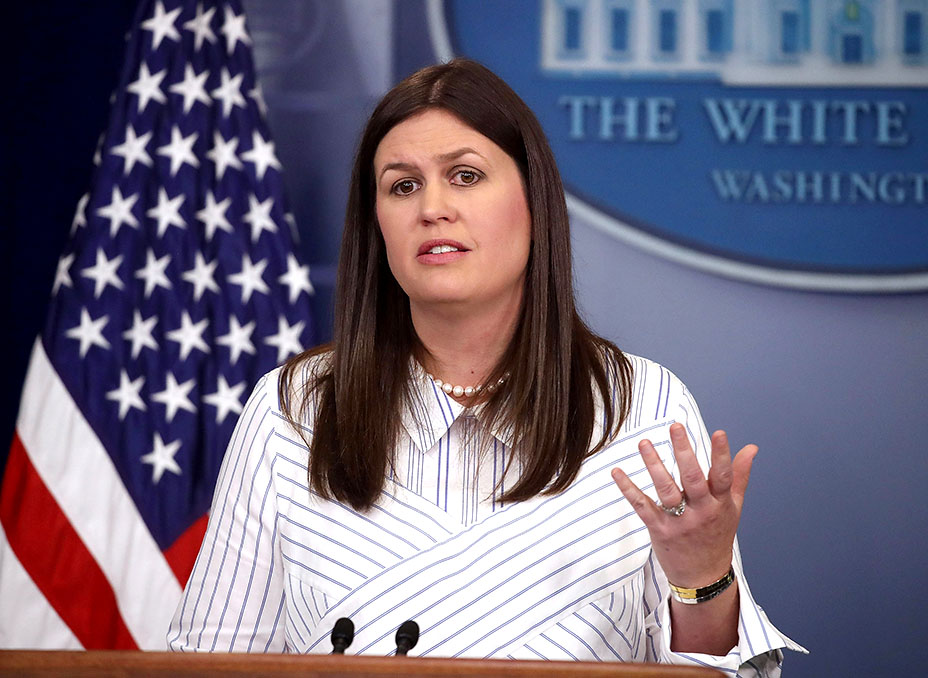 It’s a refreshing alternative to so many other images of female out-of-reachness coming from the Trump administration, including the impossibly proportioned first daughter Ivanka Trump, a special presidential adviser, and Education Secretary Betsy DeVos, who both chose particularly punishing-looking, pointy-toed stilettos for a field trip to read to young girls at the YMCA STEM camp last week.

Or the $51,500 multicolored silk 3D floral coat by Italian house Dolce & Gabbana that first lady Melania Trump stepped out in when she visited Sicily in May, which cost almost as much as the average American family’s annual income. 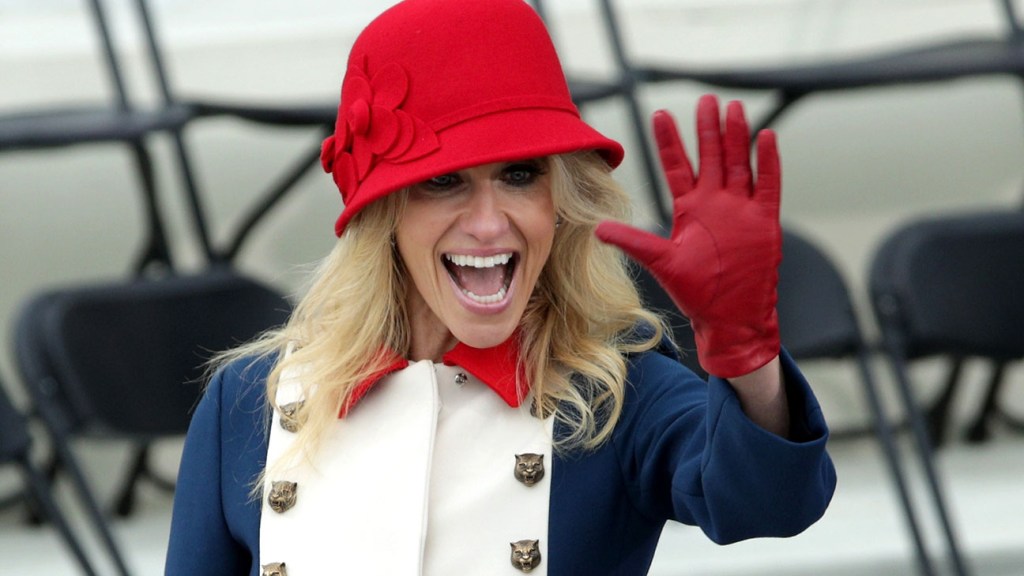 Even if she’s blowing hot air, Sanders is a breath of fresh air with her mono-chromatic dresses, often with interesting sleeve details, twist cardigans and omnipresent pearls, a foil to the look-at-me ensembles of that other Trump mouthpiece, Kellyanne Conway, who looked so garish in Gucci at the inauguration, she drew comparisons to Hot Dog on A Stick.

Sanders has style and she also has sense.