I was raised with this idea that women don’t work well together — not by my parents, but environmentally, societally and culturally, I was conditioned to think that women didn’t get along. Female relationships are often depicted on film as contentious (unhinged jealousy, competing for the same man, same job, that dress at a sample sale), and somehow that narrative penetrated my own way of thinking. The only way to get a seat at the table is by elbowing other women out of the way.

This business can feed into that falsehood. The way actors procure jobs is how this narrative can be born, bred and fed. Competing is part of the game — and in trying to be the one who is chosen, it can be hard to not make decisions based on what others expect of you. Your personal compass becomes unreadable. When I was new to Los Angeles, I got a meeting with a powerful female agent whom I was desperate to have represent me. I showed up to meet her wearing something I thought looked nice, something that felt like me. She looked closely and said, “What’s wrong with your hair?” (Um, I wasn’t sure.) She later called my manager with similar questions: “What was she wearing? What could she have possibly been thinking?” What was I thinking? I don’t know, that perhaps this powerful agent was interested in me as a performer? That she thought maybe I had a future? What she was telling me instead was that my appearance wasn’t satisfying to her, and perhaps something was “wrong” with me.

I wish I could say I hadn’t signed with her. I did. I wish I could say I didn’t stay with her for more than a year. I did. It’s not lost on me, however, that while with her, I didn’t work very much at all. It’s not lost on me now that the reason for that probably had plenty to do with not being free to be me. I don’t blame her. I blame myself and my commitment to letting the narrative I had come to subscribe to, guide me. As a woman, I couldn’t expect another woman to root for me, much less embrace me and my unintentionally weird outfit and strange hair.

My sense of self is something that I came to later in life, rather recently in fact, because of the kind of people I’ve been lucky enough to work with — namely Ryan Murphy. He creates an environment where my ideas are heard, and it’s a true collaborative experience. He relies on my attention to detail and my curiosity, and he nurtures that in me and in so many women. Take American Horror Story. You’ve got Kathy Bates, Angela Bassett, Jessica Lange and Connie Britton, all over 40 and getting opportunities to continue to do work that heretofore had been unavailable to most women past a certain age. Working on that show, I came up against my own prejudice, that narrative I had been holding without realizing it, about what it was like to work with women. To realize that I didn’t have to succumb to this notion that I erroneously held onto has been not only liberating but incredibly stimulating. 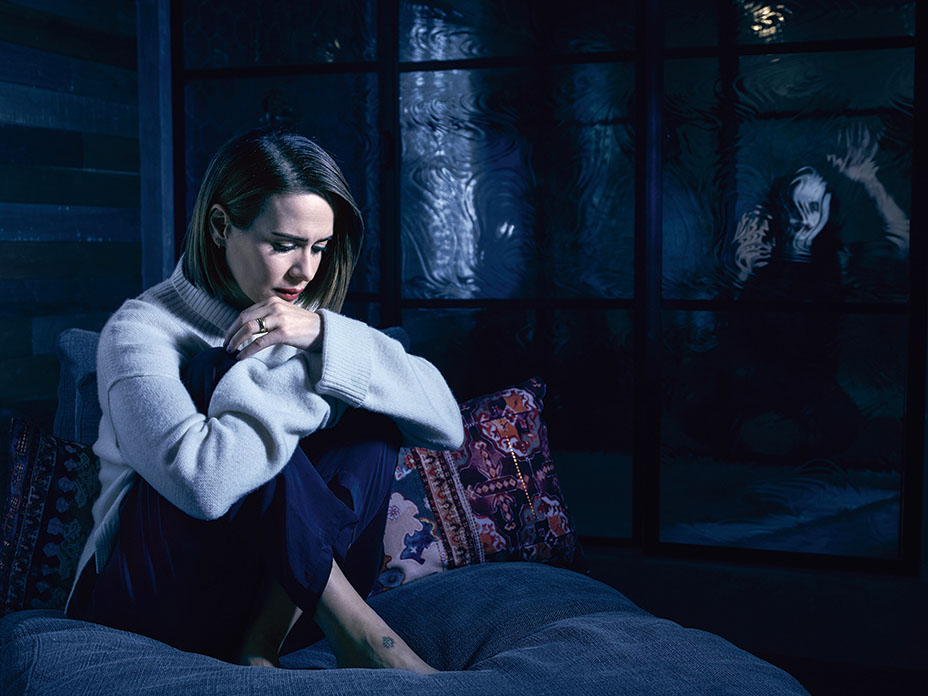 "It's a Revolution": The Hollywood Reporter Drama Actress Roundtable

I know now that trying to mold yourself into something you’re not by diluting your uniqueness is the surest way to ensure you won’t work the way you hope to. I don’t just mean that you won’t get hired. You will lose that opportunity to discover for yourself what kind of work you want to do — what moves you, what you see. Martha Graham wrote a letter to Agnes de Mille that I always try to hold close, where she describes that preserving one’s uniqueness is the greatest responsibility of an artist: “There is a vitality, a life force, an energy, a quickening that is translated through you into action, and because there is only one of you in all of time, this expression is unique. And if you block it, it will never exist through any other medium and it will be lost. The world will not have it … It is your business to keep it yours clearly and directly, to keep the channel open … You have to keep yourself open and aware to the urges that motivate you.”

If I had known this from the beginning of my career, who knows what might have happened. All I know is that I’m grateful to know it now, and I won’t soon forget it.

"It's a Revolution": The Hollywood Reporter Drama Actress Roundtable