Sasheer Zamata found her first leading film role of her post-Saturday Night Live career in the romantic comedy The Outdoorsman, which premiered Friday at the Arena Cinelounge in Los Angeles.

The film debuted at the Austin Film Festival in 2017 and follows writer Jason (Brent Morin) who wants to have his own Odyssey adventure by living alone in nature — despite his lack of experience — to write a book. While training, Jason crashes with a friend and meets neighbor Mona (Zamata), a workaholic who destroyed her boss’ office after not getting promoted, in order to get fired and reap unemployment benefits. The two lost Monterey Park residents try to figure out how they want to experience life.

“In a lot of romantic comedies, the woman’s story is just there to propel the man’s story, so I liked that this had a story for Mona and a story for Jason separately,” Zamata told The Hollywood Reporter.

She filmed the project — “something people haven’t seen me do before” — two years ago, exited SNL in 2017 and will next be seen in Stella Meghie’s The Weekend, screening at AFI Fest on Nov. 11. The comedian and actress is also writing a movie with best friend Nicole Byer (All About Nina): “Hopefully everyone will see it and love it and we will keep doing that for the rest of our lives,” Zamata added. 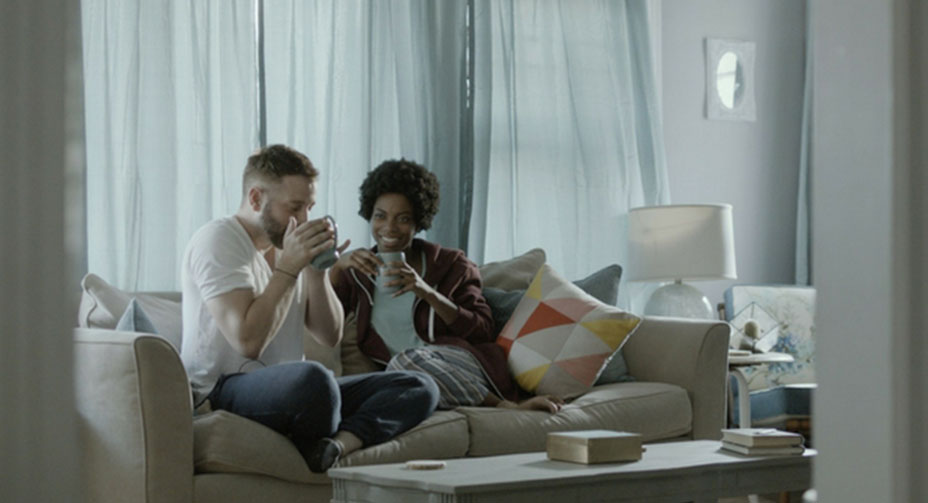 Written by Ryan Dee Gilmour and directed by David Haskell, The Outdoorsman runs through Nov. 8 at the Arena Cinelounge, and it plays Saturday through Nov. 16 at Cinema Village in New York. The rom-com will be available on iTunes on Nov. 20.

Here, Zamata gushes over Lady Bird, recounts an awkward make-out scene and talks about addressing feminism in comedy: “In comedy, [being beautiful is] not always a benefit, especially when you’re a woman…I didn’t get into comedy to look good.”

What drew you to The Outdoorsman?

Chris Abernathy, who is one of the producers of the film. I worked on a different movie called Sleight. He worked on that and he said, “I’m working on a different project that I would like you to be one of the leads for.” And I read the script, met with the director, David Haskell, and was really down for it. I liked that the story revolved around two different people, as opposed to my story adding to the main character’s story. I feel like in a lot of romantic comedies, the woman’s story is just there to propel the man’s story, so I liked that this had a story for Mona and a story for Jason separately.

What was it like for you to transition from sketch comedy to feature films?

Nice, I’m trying to do more movies and do more of my own work. And I like being able to show more of my range and more of me as a person. I don’t think a lot of people know me as an actor, like they’ve seen me do stand-up or sketch or something in this comedy realm, but it’s also nice for people to see me just be able to portray a normal person. 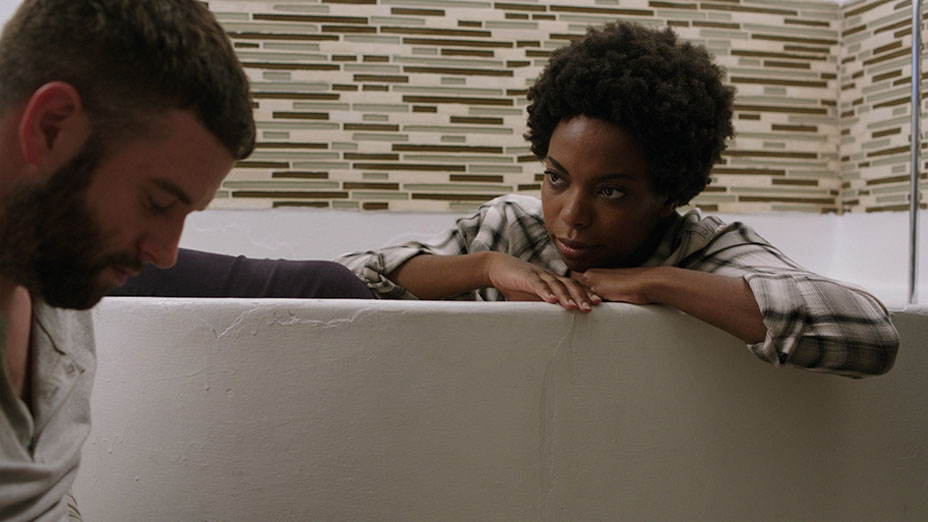 Was that a goal of yours last year, to do other roles besides comedic parts?

I wouldn’t say it was my goal; I just really like doing things that excite me and that I think will be fun. In my mind, I think I’ll probably do comedy forever. But who knows? I’d like to also branch out and do more dramatic stuff one day, but yeah, right now I’m taking projects that I’m thinking, “Who am I working with, what is the project, do I think this role will be fun?” … I don’t want to dedicate my time to something that I don’t believe in or I don’t think is going to advance me creatively.

How did The Outdoorsman advance you creatively?

I had never met Brent Morin before, but I love working with other comedians, and this was like a stretch for both of us because our instinct when you’re working with another comedian is to be really jokey and run bits with each other. But we had to have some serious moments and actually be real human beings, and that was really fun.

Did you save the banter for in between takes?

We definitely did, yeah. There were times David had to yell at us to stop joking around because we would just be doing bits before and after scenes and not really paying attention. (Laughs) But yeah, it was a very fun set, and I prefer working with comedians because it’s a good energy. 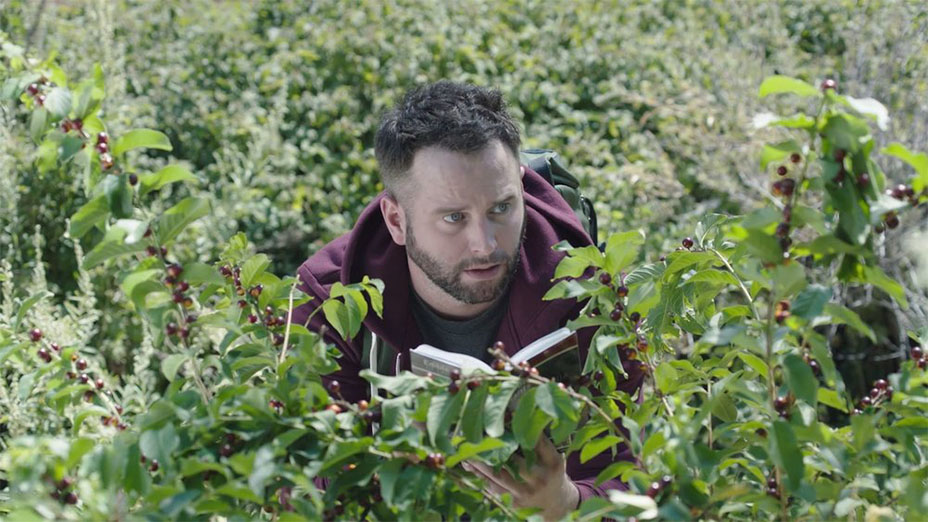 Then you did I Feel Pretty. How could you relate to the message of that film?

I do think it’s important. I kind of get a different version of treatment. I have been told that I am beautiful and attractive and all this stuff, but in comedy, that’s not always a benefit, especially when you’re a woman. Like, I’ve straight up had people ask me in interviews like, “Do you feel like you get less laughs because you’re pretty?” And I’m like, “What the fuck? Like, why is this even a question? You wouldn’t ask a man this.” I just try to look past that, because funny is funny and at the end of the day, I don’t think people are coming to my shows because I’m pretty. I think they’re coming because I’m funny.

What do you say in response to those types of questions?

I try to just ignore it. Because I didn’t get into comedy to look good. The reason I like comedy and stand-up is because I get to use my brain. Everything you’re hearing is something that I wrote…. It’s such a common denominator where really you just have to have an opinion. I love that. But then when people try to reduce it to the way people look, it just feels reductive and kind of backward, because that’s not what it’s about in the first place. It’s about me trying to connect with an audience and using my experiences and my knowledge to bring out something in you, not just to have a fashion show on stage.

You clearly love stand-up. Why were you interested in making films as well?

What do you want your empire to focus on?

I’m just really driven to human stories. I really love things that feel realistic and feel true to life. And definitely stories about women and women relationships. Not necessarily love stories, but also like friendships and sisterhood and mother-daughter relationships.

Why is that important to you?

Thankfully we’re at a point where people are craving that stuff, and it is being created. It’s nice when it’s done in a way that really showcases an actual voice of a woman. I saw Lady Bird and it felt really good, because I rarely see a mother-daughter relationship that’s argumentative and tense and then also loving at the same time. It can be all those things. 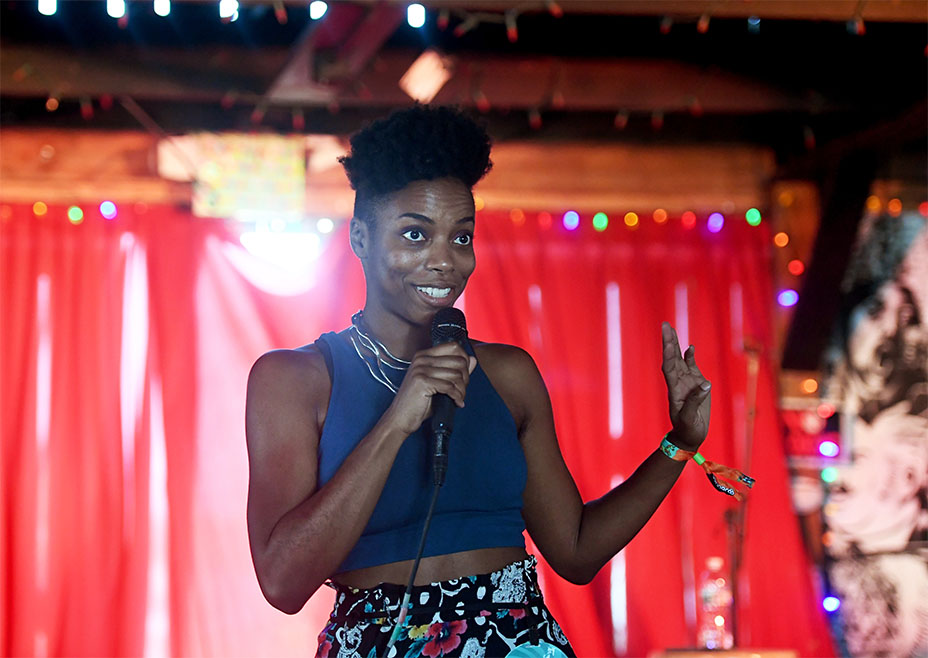 What’s been the biggest challenge in the movies you’ve done?

Well I filmed a movie called The Weekend last year. It’s a romantic comedy. There’s a make-out scene in it — and I’ve kissed on screen before — but this was like, choreographed, and it wasn’t just like, ‘Oh, just kiss and we’ll cut away eventually.’ It was like, ‘No, we’re focusing on this and we have to look good.’ It was weird. I mean, wonderful because the person I was making out with was Y’lan Noel and he’s very attractive and wonderful. But it was still like, there were cameras. Everyone’s super close to you. You have to rush because we’re losing light. And I’m like, this is not sexy. (Laughs) … Stella Meghie is the writer/director, and she was giving me notes like, ‘Hey can you not kiss him like he’s your grandma?’ And I’m like, ‘Oh my god, this is so embarrassing.'”

This year people are talking about a rom-com resurgence with Crazy Rich Asians and Set It Up. Do you agree?

Yeah. It does seem like there’s a resurgence, and I like that. I’m a fan of romantic comedies. And I think because people are more aware of feminism, which sounds stupid to say, but more aware of women’s stories and how women are being represented in stories, I think the romantic comedies are getting better. We’re seeing more stories that are involving women who are making active choices instead of letting fate decide what’s going to happen, or waiting for their man to come save them. There’s more of an ownership of these stories, and that’s really exciting and a really cool way to tweak this art form.