In mid-2018, when Hollywood was warming up to doing business in Saudi Arabia, it seemed like an especially auspicious moment for Haifaa al-Mansour.

Just as the kingdom was lifting its 35-year ban on movie theaters amid a broader wave of reforms, the Saudi-born director was hitting her stride. Al-Mansour’s Mary Shelley was in theaters around the globe — including a newly opened one in Riyadh — and her romantic comedy, Nappily Ever After, was arriving on Netflix. As the Muslim world’s most conservative country was opening up to the arts, al-Mansour, who lives in L.A.’s San Fernando Valley and is married to a former U.S. State Department employee, was perfectly positioned to seize upon the opportunity, and she intended to, laying the groundwork to shoot her next movie in her homeland.

Then, in October, Saudi journalist Jamal Khashoggi was murdered in his country’s consulate in Turkey, sparking international outrage, shining a light on Saudi Arabia’s authoritarian regime and causing many in Hollywood to reconsider doing business in the kingdom.

As Hollywood retreated from Saudi Arabia and its controversial crown prince, Mohammed bin Salman, al-Mansour, 44, stayed engaged with the country where she was born and raised and where much of her family still lives, quietly shooting her latest movie, The Perfect Candidate, in Riyadh in early 2019. A drama about a young female doctor who decides to run for political office, it will premiere at Venice as an acquisition title, one of only two films directed by women to screen in competition at the festival. Al-Mansour’s movie, and her provocative vision of an empowered Saudi woman, arrives just as the kingdom is trying to rekindle its film industry ambitions.

“Art is something we should not give up on,” al-Mansour says of working in Saudi Arabia at a time when many of her Hollywood peers consider the country to be politically and morally toxic. “The question should not be whether or not Hollywood should invest in Saudi Arabia. The question we should ask ourselves is: How can we use art to touch people’s hearts and change the very traditional and ancient practices that the society is still somehow addicted to?” 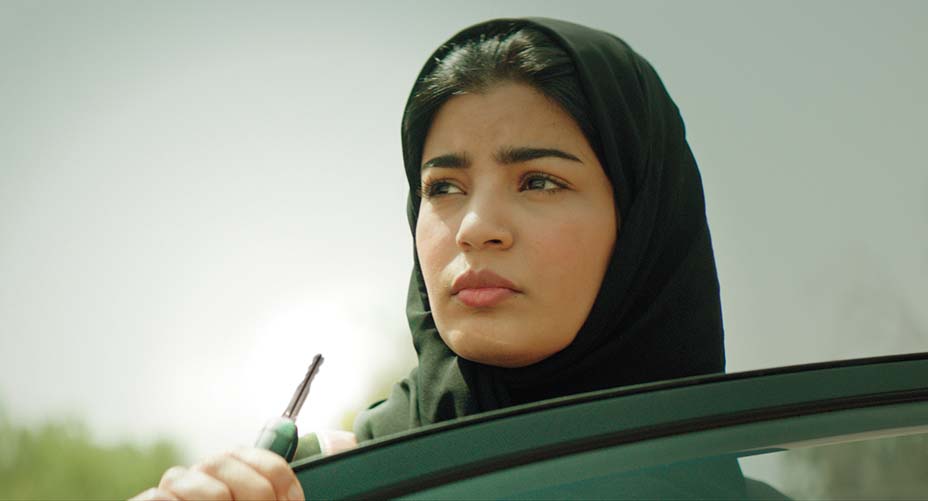 Under a new Saudi law permitting women to operate their own businesses without the involvement of male guardians, al-Mansour created a production company in Riyadh, and made The Perfect Candidate with a mix of German and Saudi financing, for a budget she declines to disclose. In the script, which she wrote with her husband, Bradley Niemann, the filmmaker shows her lead character grappling with what is a new dilemma for many Saudi women: the difficulties that come with increasing independence. “I hope people see the universality in a story like this,” says al-Mansour, a mother of two. “Women everywhere, whether they’re in politics or the corporate world, or even as a director, we’re always challenged. There are so many hurdles that we need to go over as women that men don’t face. Even the way we dress or talk is judged.”

Al-Mansour says Saudi censors read her script and required no changes to it. “They didn’t have any issues, but I tend to understand the culture, and I write within those limitations,” she says. She cast a Saudi TV actress, Mila Al Zahrani, as her lead. Working with a cast and crew of about 50 people, she shot the Arabic-language film in streets in east Riyadh, in an outdoor performance hall and in a rented private home.

The experience was a marked contrast to 2012, when Al-Mansour directed Wadjda, Saudi Arabia’s first entry in the Oscars’ foreign-language film race, from inside a van in order to comply with strict Saudi rules in place at the time regarding women in public spaces. “Saudi has changed,” al-Mansour says. “I didn’t have to shoot from the van this time. I was out, and access to a lot of locations was easier.”

While al-Mansour has stayed rooted to Saudi Arabia, she continues to work in Hollywood. After her Venice premiere, she’ll fly to Virginia to direct an episode of the Showtime limited series The Good Lord Bird, starring Ethan Hawke as abolitionist John Brown.

“I try not to be very political,” al-Mansour says. “I try to push for change within the culture, which can be a very slow and long process. If our society does not have music and theater and all that, it’s a society that does not have a chance to grow. It becomes a very angry place, and I don’t think Saudi Arabia needs to be there.”