Continue to The Hollywood Reporter SKIP AD
You will be redirected back to your article in seconds
Skip to main content
May 2, 2019 6:30am

The hashtag was a marketer’s dream, a double entendre that promoted the movie title and also perfectly conveyed the intention of the campaign. As #UsFirst trended nationwide March 8, the message couldn’t have been clearer: The black community was a priority for Jordan Peele’s Get Out follow-up, and therefore the first to get to see Us at invite-only screenings for black celebrities, influencers and journalists in Los Angeles, New York and Atlanta.

That wasn’t all. These sneak peekers — who included Janelle Monáe, Tracee Ellis Ross, John Legend, Ryan Coogler and Ludacris — also received per­sonalized swag featuring a print of fan-made art inspired by the film and a customized URL to the trailer to share on social media.

Such lavish efforts are among the latest innovations in multi­cultural film and television marketing, an increasingly relevant business unit that continues to grow and evolve as audiences diversify. The U.S. census bureau projects that by 2045, non-Hispanic whites will fall below 50 percent of the national population, meaning that what are now considered various “niche” demographics will even­tually comprise the bulk of the viewership base.

“We don’t say, ‘We’re going to target an ethnic segment,’ ” says Universal senior vp multicultural marketing Fabian Castro, adding that the studio derived many of Us‘ efforts from the organic fan response to Get Out. “Instead we say, ‘We’re going to create a culturally relevant invitation for that audience.’ “ 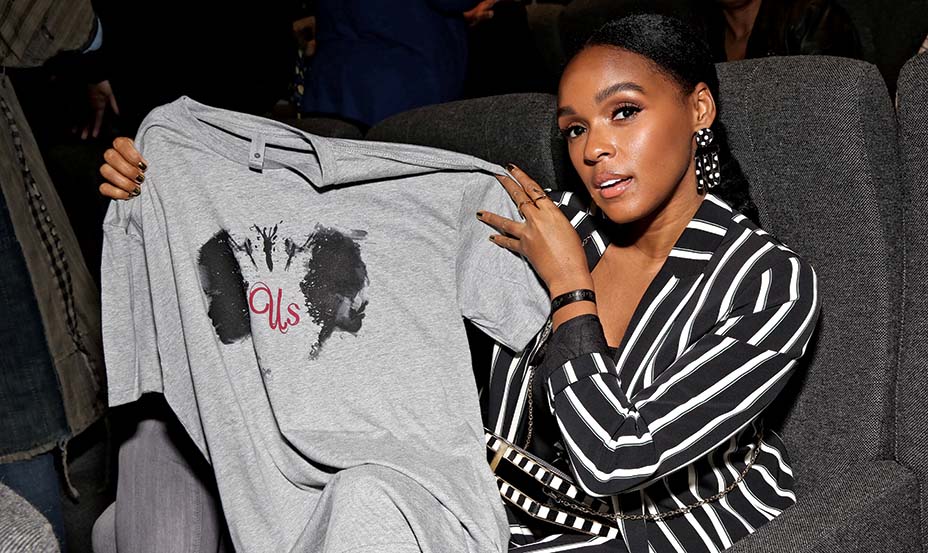 Warner Bros. was similarly intentional in its approach to Crazy Rich Asians, holding early tastemaker screenings across the country and giving Asian American influencers an exclusive advance teaser to share on their personal social feeds before the trailer was released wide. “We wanted to make sure they had ownership,” says Warner Bros. senior vp multicultural marketing Terra Potts. “Once they blessed the film, it made it OK to play for a broader audience and not feel like we were appropriating anything. It let them feel like they were sharing their movie.”

Paramount and Sony also have multicultural marketing groups; the latter took things a step further last July in hiring Ellene Miles as its first senior vp of multicultural and intersectional marketing. Disney is the only major studio not to have a dedicated multicultural marketing team, but it engages community organizations to help promote titles like Black Panther and Coco. Studios and networks are also enlisting a growing number of consultancies that specialize in multicultural outreach, such as Cashmere Agency and IW Group.

The key has been involving culturally specific organizations earlier in the process. “There are times when they’ll reach out very late in the game, and it’s in those times where I’m wary,” says Michelle Sugihara, executive director of the Coalition of Asian Pacifics in Entertainment. But, she adds, those incidences are on the decline as CAPE and other affinity groups in the Storyline Partners coalition are being brought in to help shape narratives from the jump.

“Every single distributor comes to us proactively now,” says Bing Chen, co-founder of #GoldOpen, the grassroots movement to buy out theaters for Asian-fronted movies during opening weekend. #GoldOpen’s first target, Justin Chon’s Gook, opened in August 2017 with the highest per theater average at the specialty box office and secured an expanded release for week two. A year later, #GoldOpen collaborated with Warner Bros. to boost Crazy Rich Asians to a $35 million five-day opening and was “in lockstep with Sony for the launch [of Aneesh Chaganty’s Searching],” says Chen. The movement also has a partnership with AMC Theatres for a dedicated ticket sales portal for future films.

“The most important part of the [multicultural] audience is that you understand they are who they are all the time. You’re not doing initiatives like, ‘Oh, it’s Black History Month, let me do my African American campaign,’ ” says Lucinda Martinez, senior vp multicultural and international marketing at HBO. “I’m Latina, so when everyone swoops in and starts talking to me in September [National Hispanic Heritage Month], I kind of eye roll. The best way our campaigns have evolved is that we are in a relationship with the audience all the time.”

To wit, last summer HBO created a seven-week residency in Provincetown, Massachusetts, a historically LGBTQ-friendly destination. The cabler wasn’t necessarily promoting queer-specific series, but rather hosting an array of community events that ranged from screenings and Q&As with High Maintenance actor Max Jenkins for Bear Week to Drag Queen Story Hour and Sesame Street photoshoots during Family Week. “It was a way to organically be within the community for a sustained period of time and to position the brand in the cultural context,” says HBO multicultural marketing vp Jackie Gagne, who adds that the network’s experience with the Provincetown pop-up led to its new yearlong, nationwide campaign called Human by Orientation (acronym intended). 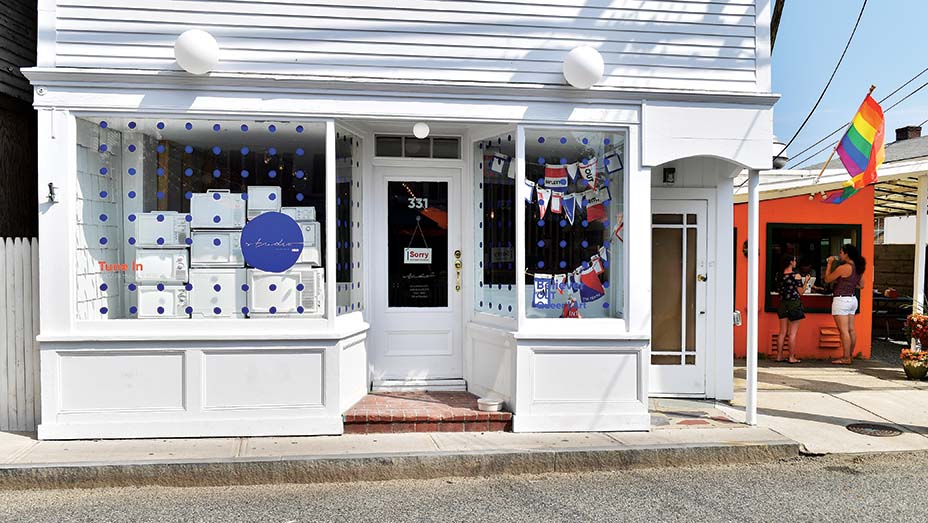 Netflix too has aimed its marketing strategy at the companywide rather than project-specific level, perhaps most notably with its Strong Black Lead platform, which bowed with a stirring viral ad featuring nearly 50 of the streamer’s black stars and creators. The spot, which debuted during June’s BET Awards, has since spawned the weekly podcast Strong Black Legends and an active social media vertical that has drawn attention for its authentic, human-like voice.

Behind the corporate account is Jasmyn Lawson, the 27-year-old manager of Netflix brand and editorial. Lawson joined the company in March 2018 from Giphy, where as culture editor she made the company’s vast library of pop culture GIFs more inclusive. It’s hardly the traditional pipeline for a Hollywood executive, but “she created her own role at Giphy, and that’s the kind of thinking we want on this team,” says Netflix brand and editorial director Maya Banks, who recruited Lawson. “When you hire people who are reflective of the audience that you’re trying to reach, the content is always going to be better.”

This includes a pool of black millennial women contributing content — anything from memes to tweets to podcast and video ideas — to Netflix on a freelance basis. “We can come to them and say, ‘Dear White People season three is coming back. What’s a cool new take on it?'” says Banks. “We get out of our own echo chamber, which is important because the internet is very real and people can call bullshit on you.”

One recent example of so-called multicultural marketing gone wrong went viral earlier this month, when Ancestry.com uploaded an ad in which a white man proposes to a black woman in the antebellum South, promising safety “across the border.” Twitter users immediately pointed out that what was depicted as interracial romance was, by and large in reality, the rape of enslaved women, and the ad was pulled April 18. “There was a desire to make money off of creating diverse content, but the people involved in those worlds are often not paid or even sought after for their ideas,” says Frederick Joseph, who runs his own marketing firm but is most famous for creating the #BlackPantherChallenge. “People want to make diverse dollars but don’t want to diversify to make the dollars.”

Joseph adds that marketers of color should not only be hired for so-called “multicultural” silos. “Often I find that people from diverse communities are better marketers than many of their white counterparts, because you have to live in a dual way,” he says. “Because America is a ‘white’ country, we familiarize ourselves growing up with the same exact things they have, as well as with our own cultures. You’re increasing your return on investment when bringing in more diverse marketers, and you’re also going to have the quality assurance to make sure you don’t have moments like Ancestry.com and Gucci [which came under fire in February for a turtleneck sweater that resembled blackface].”

As the audience continues to evolve demographically — 44 percent of millennials are multicultural, and more than half of the under-18 population will be people of color by next year — multicultural marketing may someday simply be known as marketing. Counters HBO’s Martinez: “If you look at buying power and what’s driving conversation, I would say that we’re already there.” 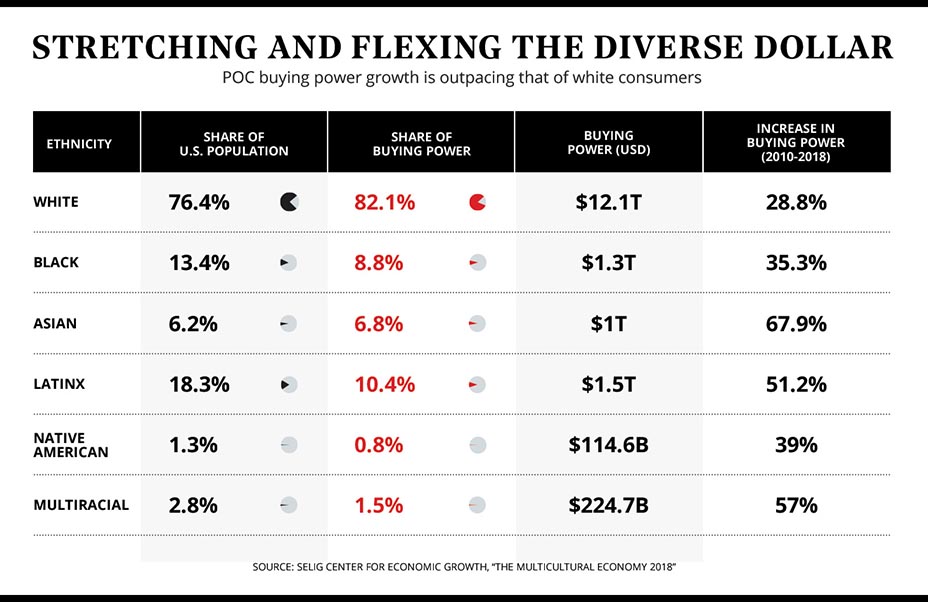 Who Can Play What Roles Now? 10 Top Decision-Makers On the Politics of Casting in Hollywood