Opening Paris couture week Monday morning, Schiaparelli may not be as familiar a name as Dior or Chanel, but the house quietly has been making a comeback since it was relaunched in 2013 under the new ownership of Italian billionaire Diego della Valle. That’s thanks in large part to Hollywood, where Schiaparelli’s bold designs resonate with stylists and stars looking for something unique that’s not in every boutique around the world.

While the house has been showing since it’s revival, it only just regained its official title as an haute couture house days ago – a fitting gift for its 90th birthday. But in the interim, the house with a Hollywood history quietly has been re-establishing itself on the red carpet.

The Best Presents Under $100 from Gwyneth Paltrow's Goop Gift Guide

“The clothes exude confidence while retaining their femininity with a dash of whimsy,” says stylist Elizabeth Saltzman, who dresses Gwyneth Paltrow and Uma Thurman. 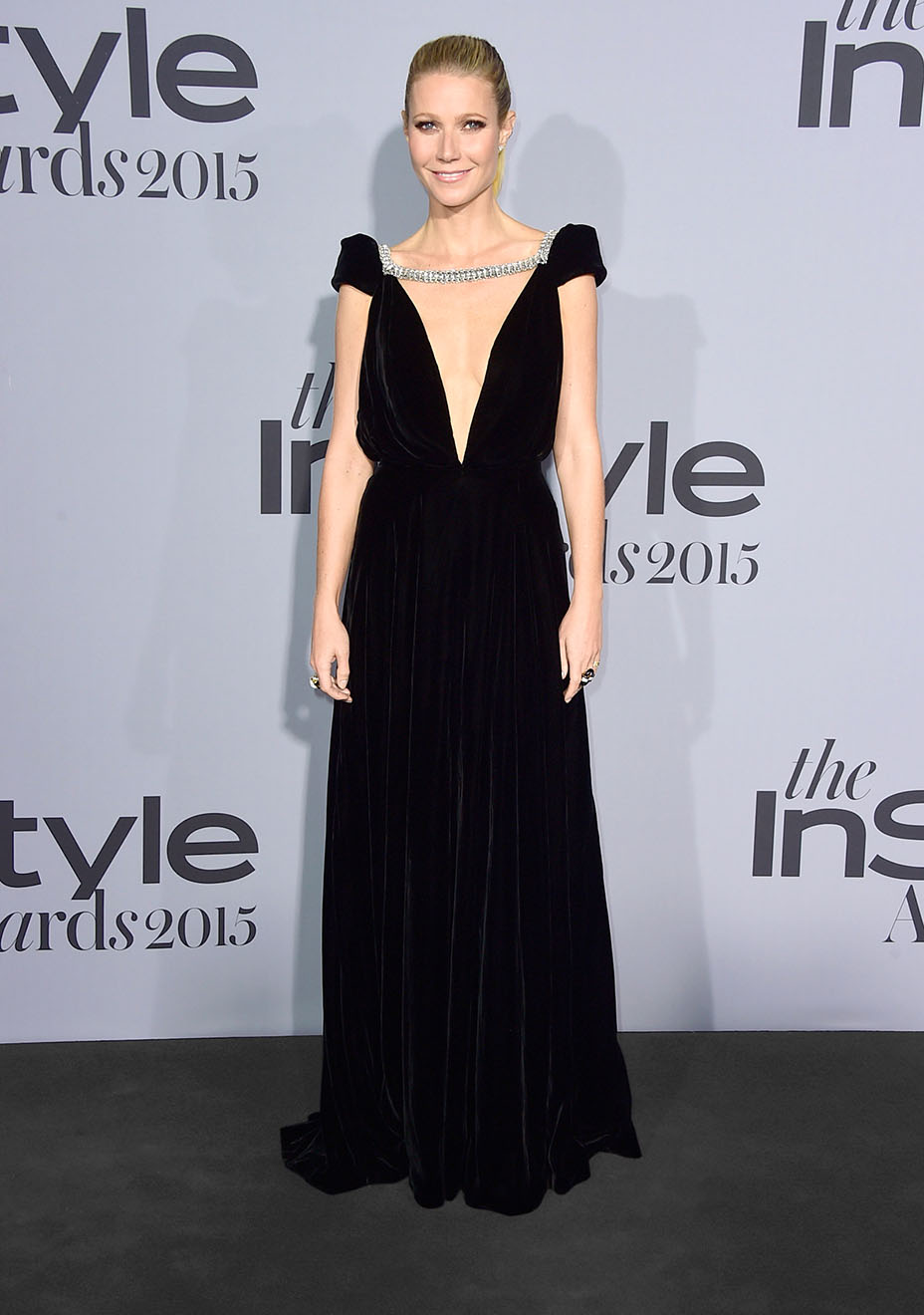 Schiaparelli was known best for her work with avant-garde artists – from boots inspired by a Rene Magritte painting to a Surrealist skeleton dress derived from a sketch by longtime collaborator Salvador Dali (which currently hangs in the atelier). “Shocking pink” became her signature shade and the name of her first fragrance, and collaborated with artist and costume designer Marcel Vertes to create ads that would be risqué by today’s standards.

Aside from being Coco Chanel’s biggest rival until she closed her couture house in 1954, she had a passion for powerful women and was couturier to Marlene Dietrich, Greta Garbo, Katherine Hepburn, Mae West and the Duchess of Windsor, who famously wore the designer’s lobster dress, recreated in the spring/summer 2017 couture collection shown in Paris on Monday. 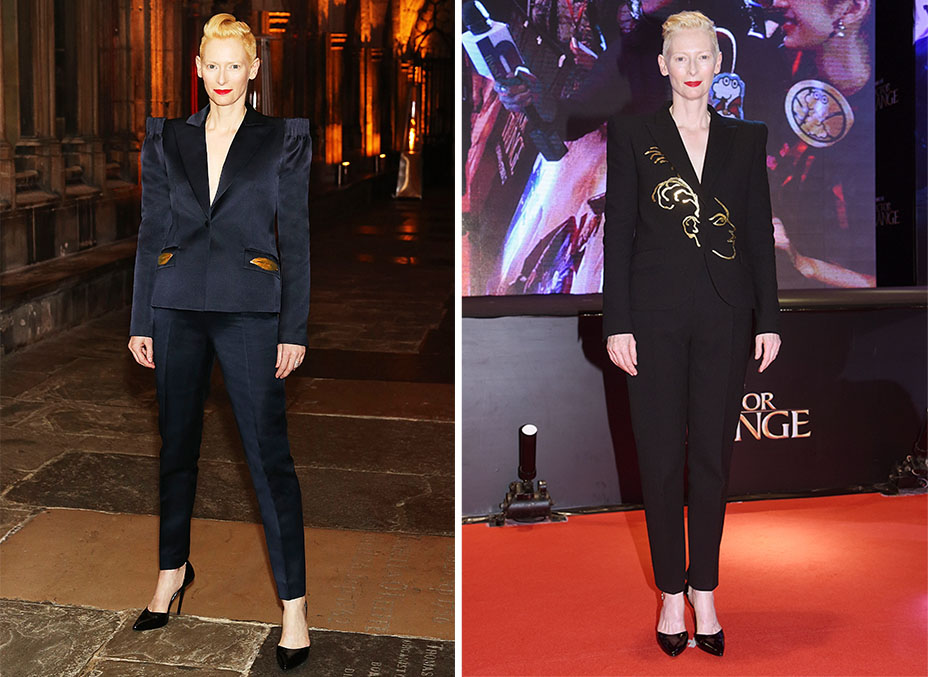 “It is something hard to describe in words to link the silver screen to reality … I have admired her acting for so many years,” says Guyon of working with Swinton.

Paltrow landed on several best-dressed lists for wearing a sweeping black sequined gown with a strategically placed chain from the fall/winter 2015 collection. Saltzman says it was love at first sight.

“I called to request it the moment I saw it,” she told Pret-a-Reporter. That was Guyon’s first collection, and she credits it with the current velvet revolution in fashion. “I truly believe the current velvet trend is a trickle down from how many glamorous and beautiful looks were in that collection.”

Guyon’s designs are at once luxe and funky, appealing to a wide range of women from 16-year-old Black-ish star Yara Shahidi, who wore a pink-and-silver modern flapper mini to the Golden Globes, to Uma Thurman’s flowing chiffon Cannes gown in Schiaparelli’s signature shocking pink. 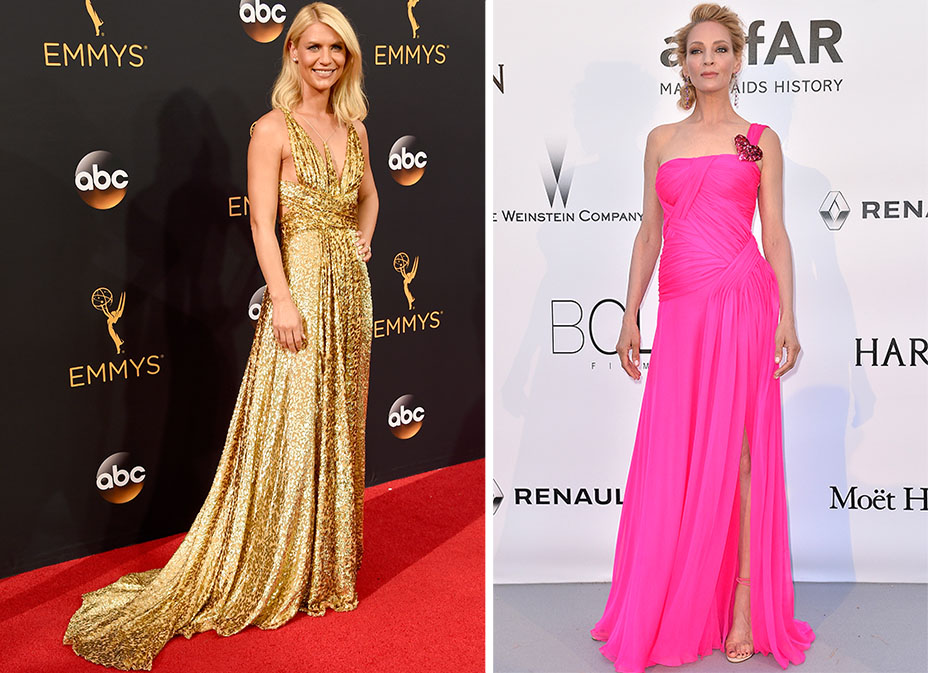 “There’s a whimsy and a fantasy element to it that really captures a young girl’s heart. And it has an edge, a little rock ’n’ roll to it,” says stylist Ilaria Urbinati, who outfitted Anya Taylor-Joy in a constellation-covered dress for the Split premiere. “It doesn’t feel like stuffing a young girl in a woman’s dress.”

Urbinati also fell in the love with Guyon’s star-studded constellation collection last July. “So special and show stopping, but also really cool and wearable, which is a rare combo.” 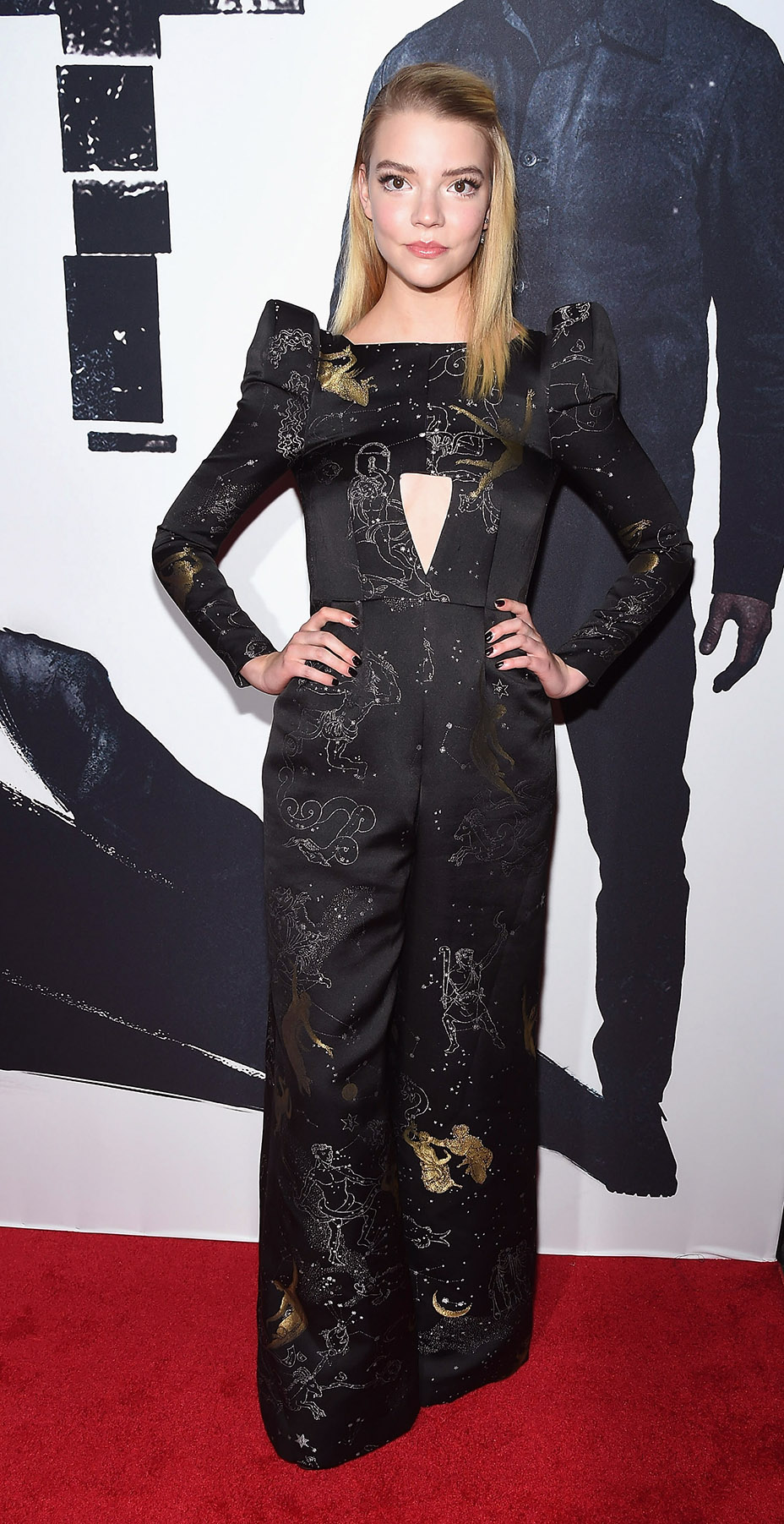 If the house is quiet, the ready-to-wear mini-shop nestled in the back of the Paris atelier had a whisper of a launch last October, with only word-of-mouth attracting clients such as Emmy Rossum and Melissa George to the rooms that overlook Place Vendome with a stunning view straight through the Sun King‘s square to the Tuilleries gardens. It’s set up for the “candy store moment” for clients to relax and play.

Part-time Parisienne George has established a close relationship with the house, which dressed her for Cannes and several other events. 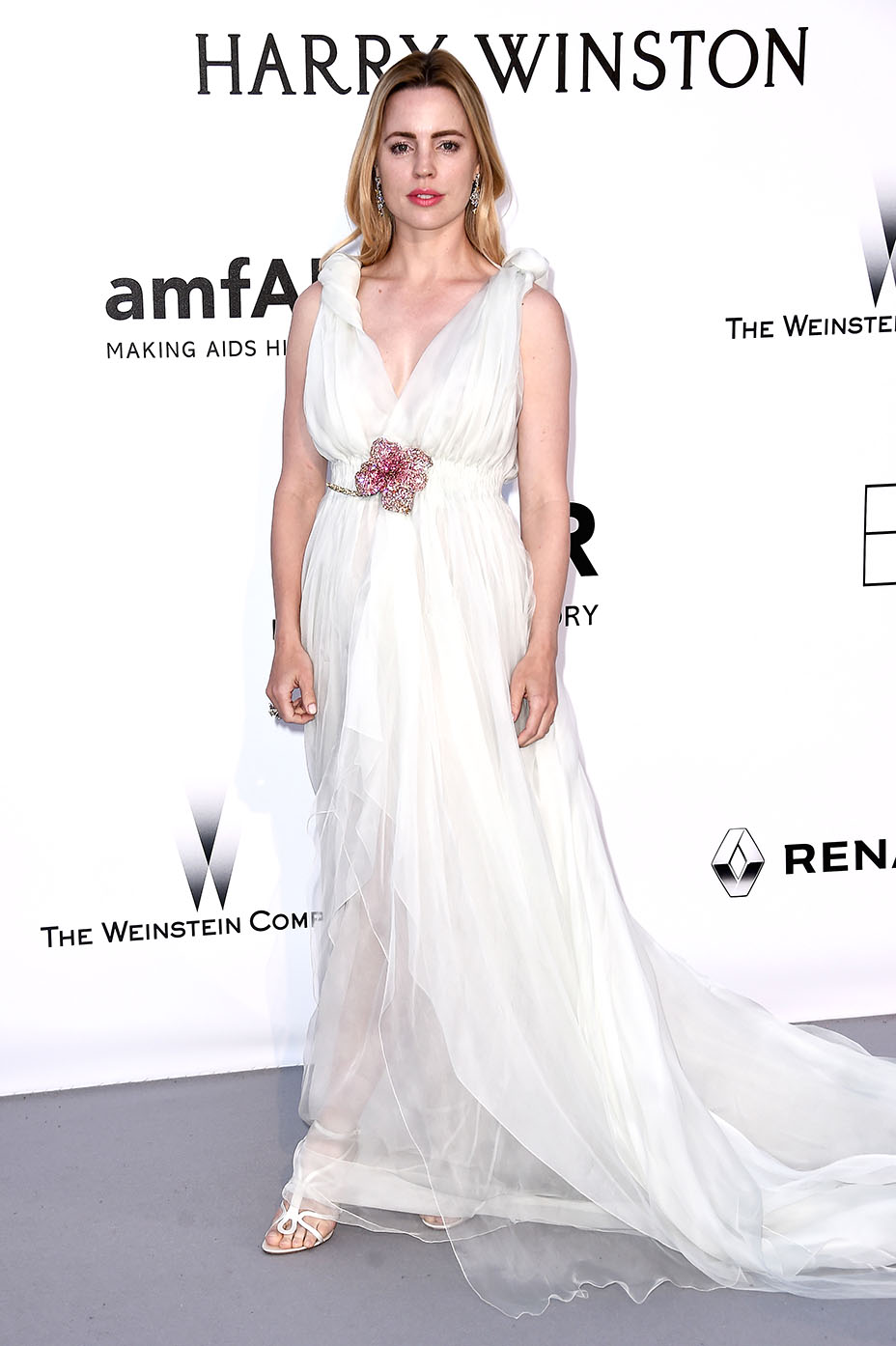 “They don’t have their clothes in boutiques around the world,” she notes. “So you turn up here to her house and you just breathe in and it’s very, very magical. You really feel the energy of Elsa,” says George.

“With Bertrand and the couturiers it’s all very old school. It’s from the ground up with a lot of talks beforehand about the hair, the makeup, the whole look, and it’s not like that with other houses,” she says of the collaborative process. 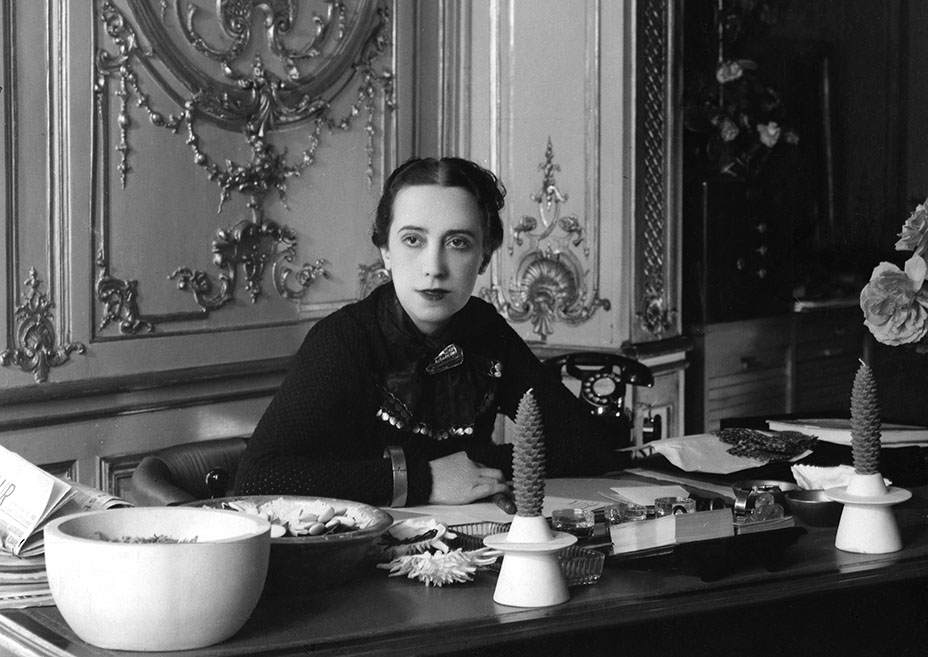 The rooms of the atelier are a tribute to Elsa, with many of her original personal furnishings and art gathered in the apartment including works from collaborators such as shoe designer Roger Vivier and artist Dali, a magical collage by Vertes, and a portrait by Man Ray. A painting of the designer by Jean Dunand was recovered from a collector and overlooks the entry salon.

Schiaparelli’s portrait also hangs in Guyon’s office. “Her presence is constant,” he says. “I feel very imbued with Elsa’s spirit when I design but also on an everyday basis.”