Tatiana Maslany has spent the last five years playing more than a dozen characters on BBC America’s sci-fi drama Orphan Black, earning an Emmy Award and a recent nomination for the final season. Now, she’s onstage playing one character, alongside five actresses and a baby doll in the same part, in Tracy Letts’ Mary Page Marlowe, which runs off Broadway at Second Stage through Aug. 19.

“There’s something about that that felt really important and special, especially right now when we feel so divided and so individualistic,” Maslany tells The Hollywood Reporter. “Acting itself can be such a weird job. To have this communal sharing of a part was kind of revolutionary to me.”

Letts’ Pulitzer Prize-winning August: Osage County was the first play Maslany saw on Broadway, and from the moment she received the script, she knew she wanted to do this more intimate piece, which follows the Midwestern woman of the title throughout her seemingly unremarkable life in a non-linear fashion, with surprising emotional revelations at every step.

Maslany went Off-Script with THR to talk about how Orphan Black prepared her for the stage, what she likes to do in her time off, and why performing in a play is like having your period. 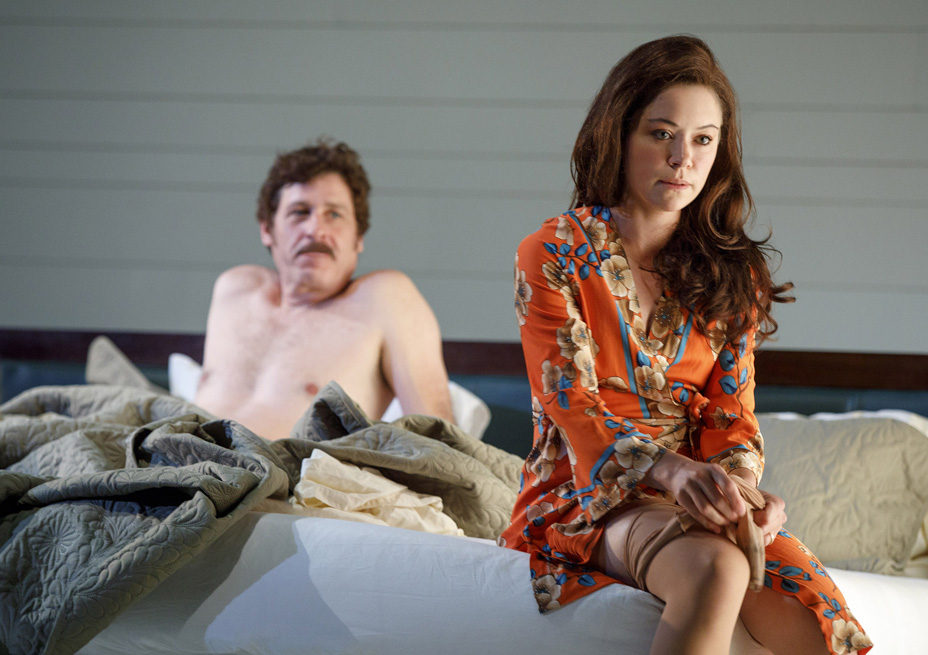 How do you relate to Mary Page’s story?

I don’t feel like any of us have been outside of the system of patriarchy, and Mary Page is certainly living in that world and certainly feeling the limits of it. I have obviously felt the same. In her scene with the shrink, she talks about the roles that women play, and I think we can expand to the roles we all play in our lives. This sort of idea of “who am I?” has been something that I’m fascinated with — that search for identity. I’ve done it quite a bit in different projects, that exploration. She’s up against the limits of what her gender expectations are and what her roles are deemed to be by the outside world and by her family. She feels very restricted by that, and I think that’s a super relatable concept. I don’t think that I’ve heard that idea of a woman saying, “No one will ever know me,” and that’s a very real fear and freedom and thing to look at. I very much relate to that as an actor and as a woman in the world.

On Orphan Black, you played several characters, and now you’re sharing one character. What is that experience like?

It was not a conscious choice to do the opposite of Orphan Black. I so love being in an ensemble, and this just allowed me to be part of a group of women who have done theater for much longer than I have. I could really learn from them. The fact that we’re all bringing our different life experiences to the part — I learn about the future, I learn about age, I learn about womanhood, I learn about marriage, through all the women that play her. We all watched each other’s rehearsals. We all weighed in. We all had stuff to say, stories to tell. It just really had none of the ego that could go along with something like Orphan Black where it’s like just me. This had to be the group of us. Not one woman can play this part.

The story is not told chronologically, and your two scenes are out of order. How does that influence your performance?

It feels more like life and more like memory than anything linear would. There’s something about a non-linear structure that is very — this might be a weird thing to say — but it feels very not-male. For me I experience pieces often more in kind of a moment, snapshot way, so it serves me really well to have it in this structure. It feels more true to me somehow.

What’s something you’ve given up for the role?

My social graces, my ability to respond to anything. I feel like I’ve lost the ability to write an email back to somebody or respond to a text or keep up with logical human things that I need to do. My brain is so in the play even when I’m not there doing it. It’s like when you have your period and that’s all you’re thinking about. You know what I mean? Everything is through the filter of the fact that I’m in pain right now. That’s sort of what the play is — in a nicer way — but it’s equally kind of narrow-minded. [Laughing] I’m also on my period right now, so like I said, everything is through that filter.

What do you like to do when you’re not onstage?

I try to bike to the theater quite often. I brought my bike from L.A. The bike from the theater after the show is either a great wind-down or it’s just going to amp me up. There’s something about getting all the physical energy out of the body and being on the road and biking that urges the whole thing. I’ve never been good at unwinding. I’ve never known how to do that until the play is over and then I go through a big grief.

Do you keep anything special backstage with you?

Martha Graham has this amazing quote about leaving the channel open. She’s talking about how you have no right to edit or censor what you do in your art, and you have to leave that channel open. It’s just this beautiful thing that Sarah Paulson once sent me because I was struggling on the set of Orphan Black, feeling a bit confused about what it was. She sent this thing to me saying this was her touchstone, and it really is for so many actors I know. It’s about the muse in all of that and letting it flow through you, and so I have that pinned up on the wall in front of me.

How did Orphan Black prepare you for theater?

There was a suspension of disbelief that sometimes you don’t need always in film. I think we’re so obsessed with naturalism at this point. Not that Mary Page isn’t naturalistic, but there’s a suspension of disbelief that’s required when you’re onstage because you aren’t in the location. You have to create the circumstances in a different way than when you’re on set. I definitely feel like somehow Orphan Black felt like that because it was just one person playing the characters, so all the actors had to make adjustments to that and really imbue each new clone with who they are, and I felt like my other actors were doing that with me. There was something a bit more theatrical about the performance. Not like a couple lawyers talking to each other.

You also have a few films coming up, one, Pink Wall, that your partner Tom Cullen wrote and directed. How was that working experience, and do you want to keep collaborating?

We actually collaborated on four different things last year, which is kind of crazy. He was on an episode of Orphan Black. We did a short film together. We did a music video for a band called Son Lux, and then we shot the feature. It was a really cool year for us. And before that, we did a film called The Other Half, in which we acted opposite each other and our best friend, Joey Klein, directed it. Now that we’ve broken the seal and gotten over the initial nerves, it’s just the most truthful, fun relationship to have a partner like that. 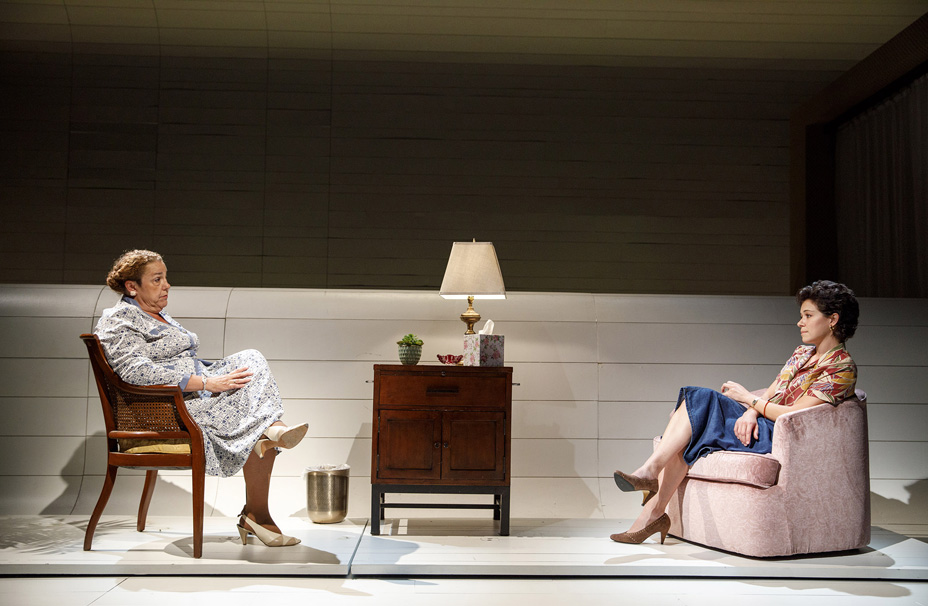